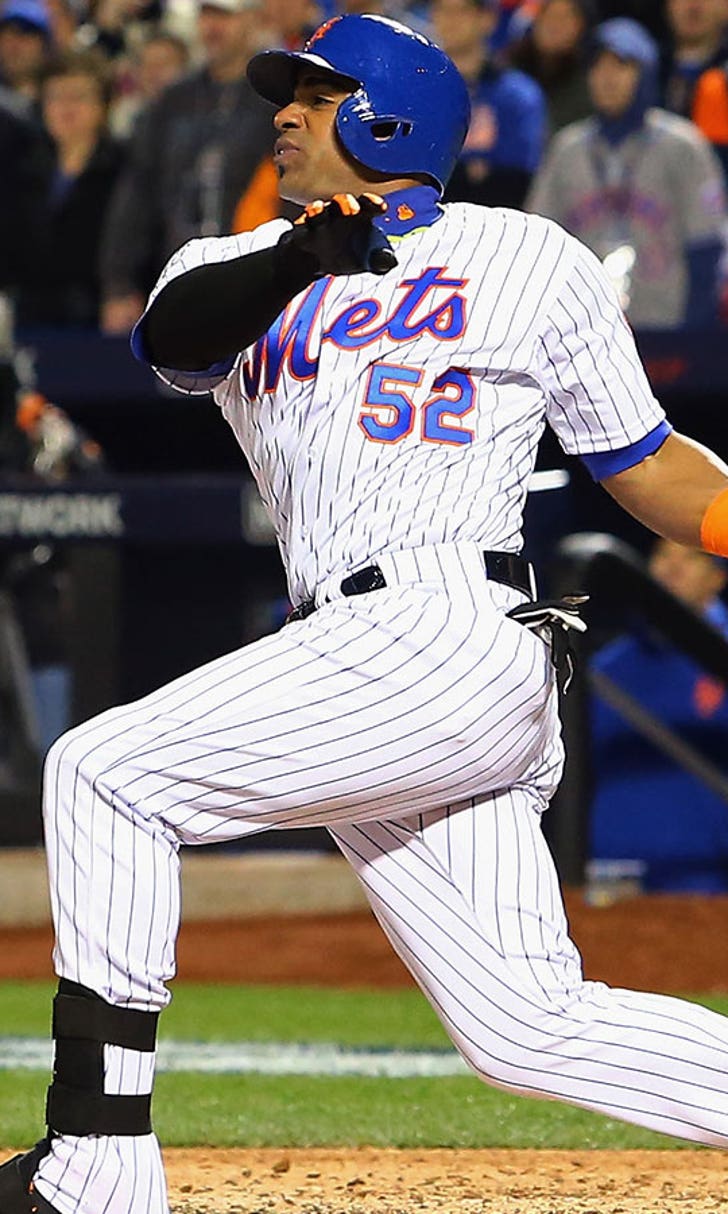 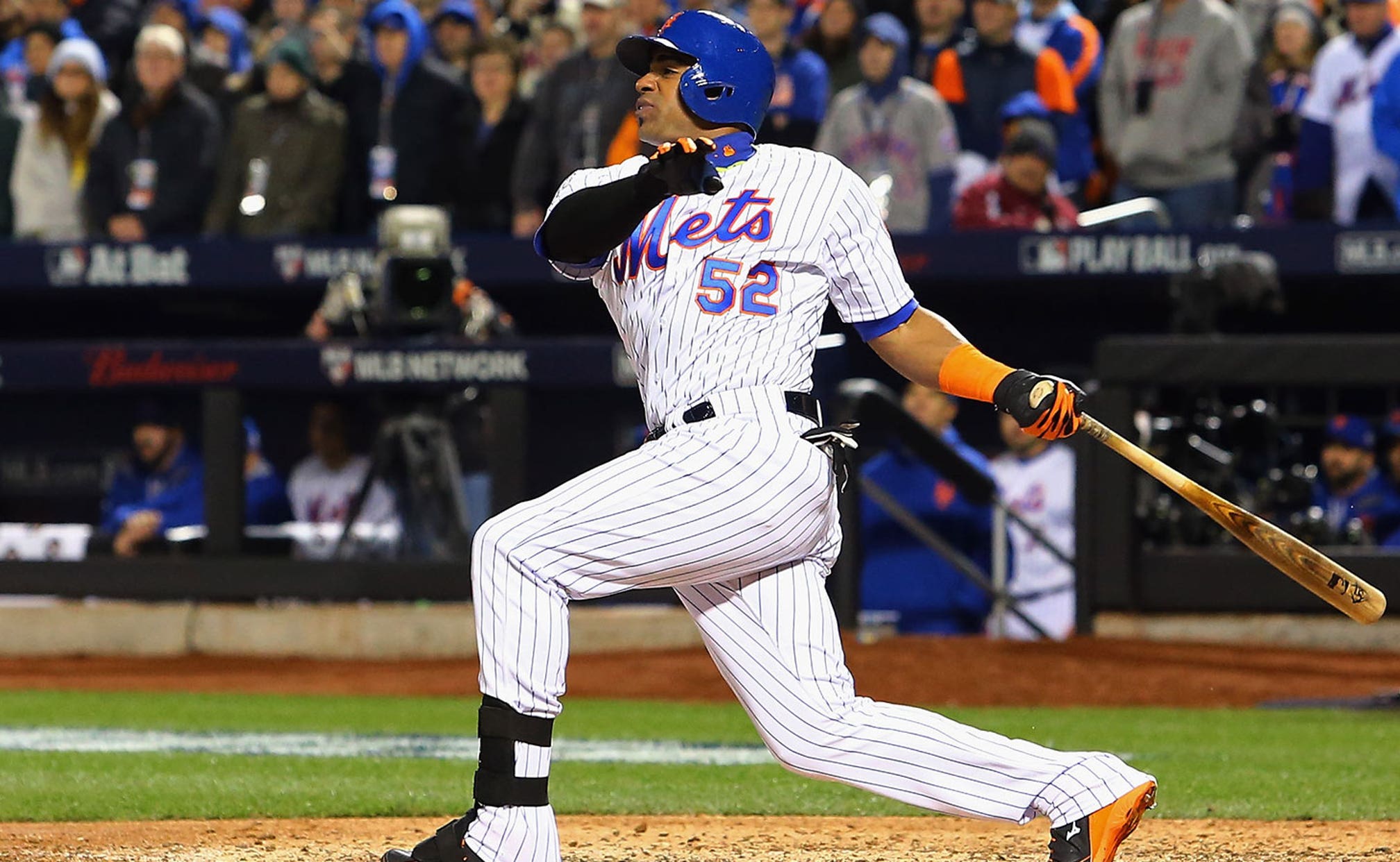 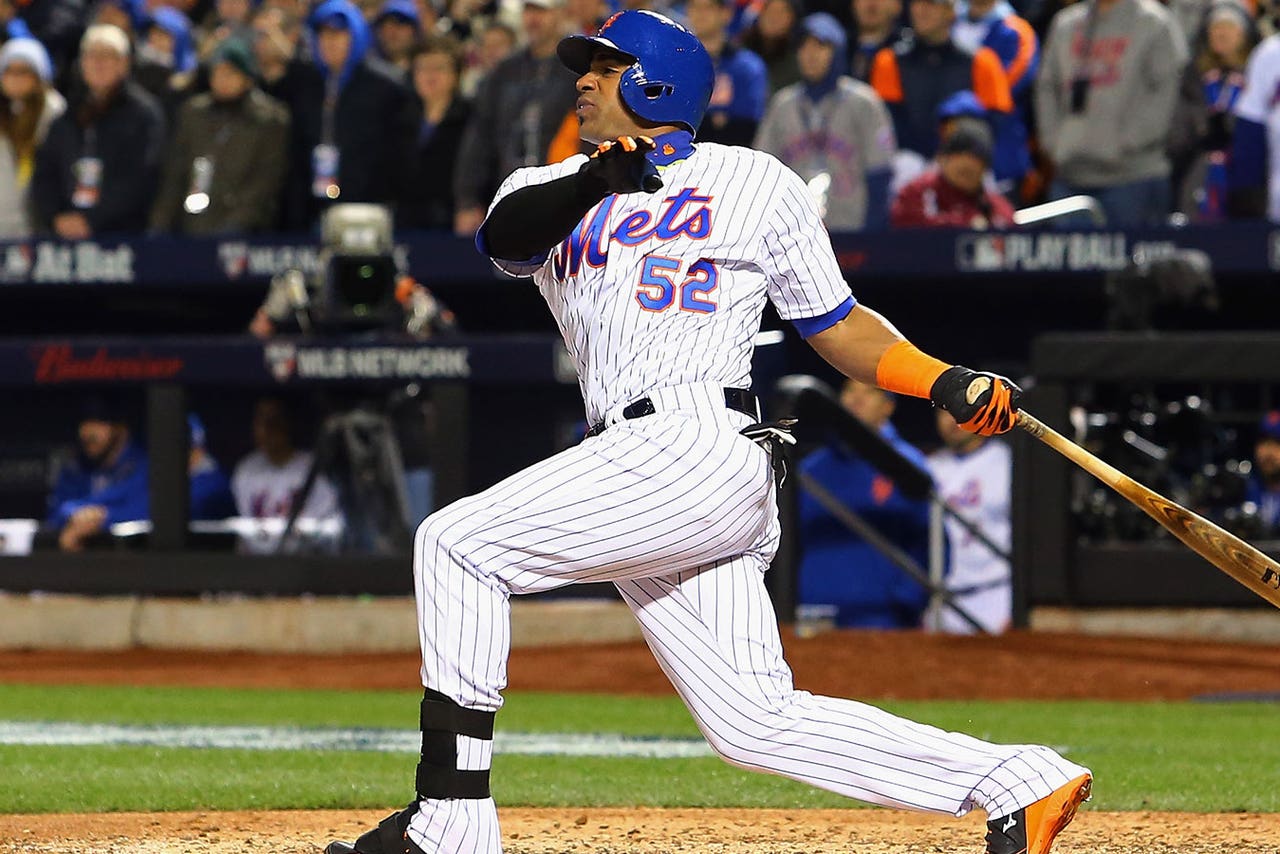 Check out this ride (unless you have your own Polaris Slingshot, you probably will be impressed):

At least we know what Cespedes has been spending his money on since signing his three-year, $75 million deal to return to the Mets last month.

Apparently, he parked it far enough from the field to avoid a busted windshield from a batting practice homer. Here's Cespedes leaving the Mets' complex:

In 57 games after his trade from the Detroit Tigers to the Mets last season, Cespedes hit .287/.337/.604 with 17 homers and 44 RBI. He helped spark the team to an NL East title and a trip to the World Series. For the season, Cespedes had 35 homers and 105 RBI, both of which were career highs for his four-season major-league career.

Forget Harvey's Maserati. Cespedes rolled up in this beauty this morning. pic.twitter.com/tPKPM5uHQb

The Polaris Slingshot driven by the #Mets Yoenis Cespedes was custom made by The Auto Firm in Miami. pic.twitter.com/jyp4yGkbVS

Who drove this car to spring training today: Yours truly or Yoenis Cespedes? pic.twitter.com/4WIjBFPe5X

Swag much? Yoenis Cespedes rolled into #Mets camp this morning driving THIS. pic.twitter.com/Y3rYf8fzVZ