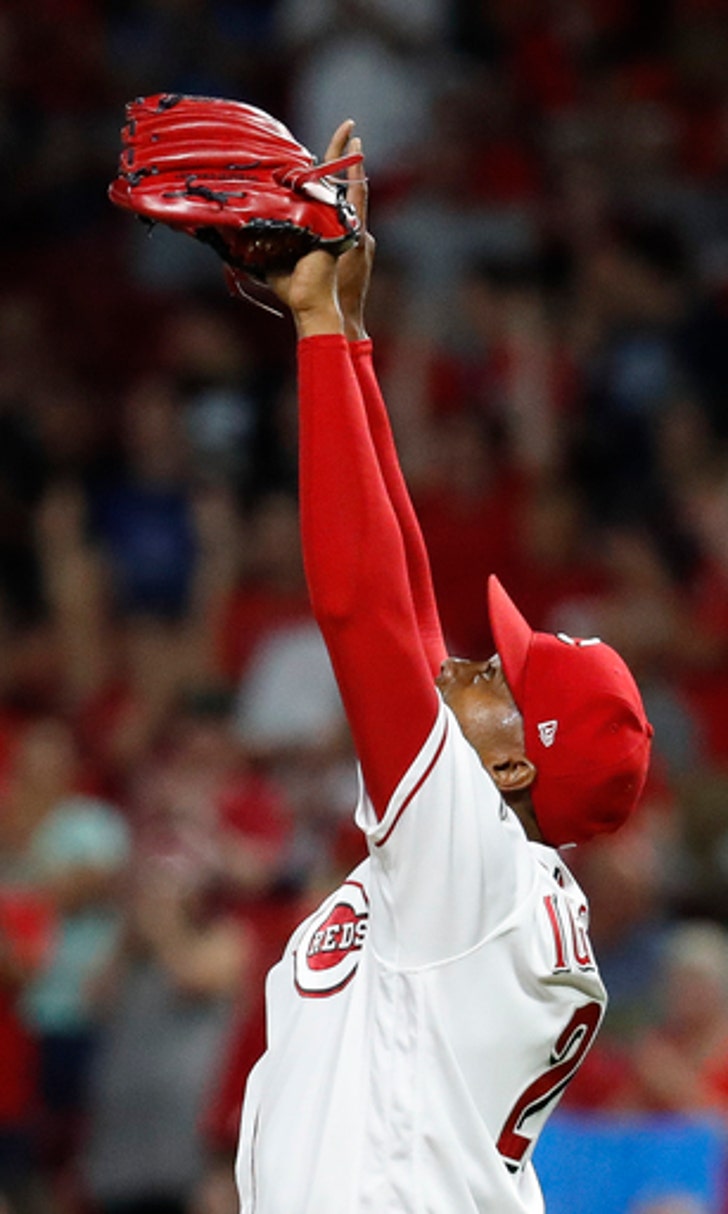 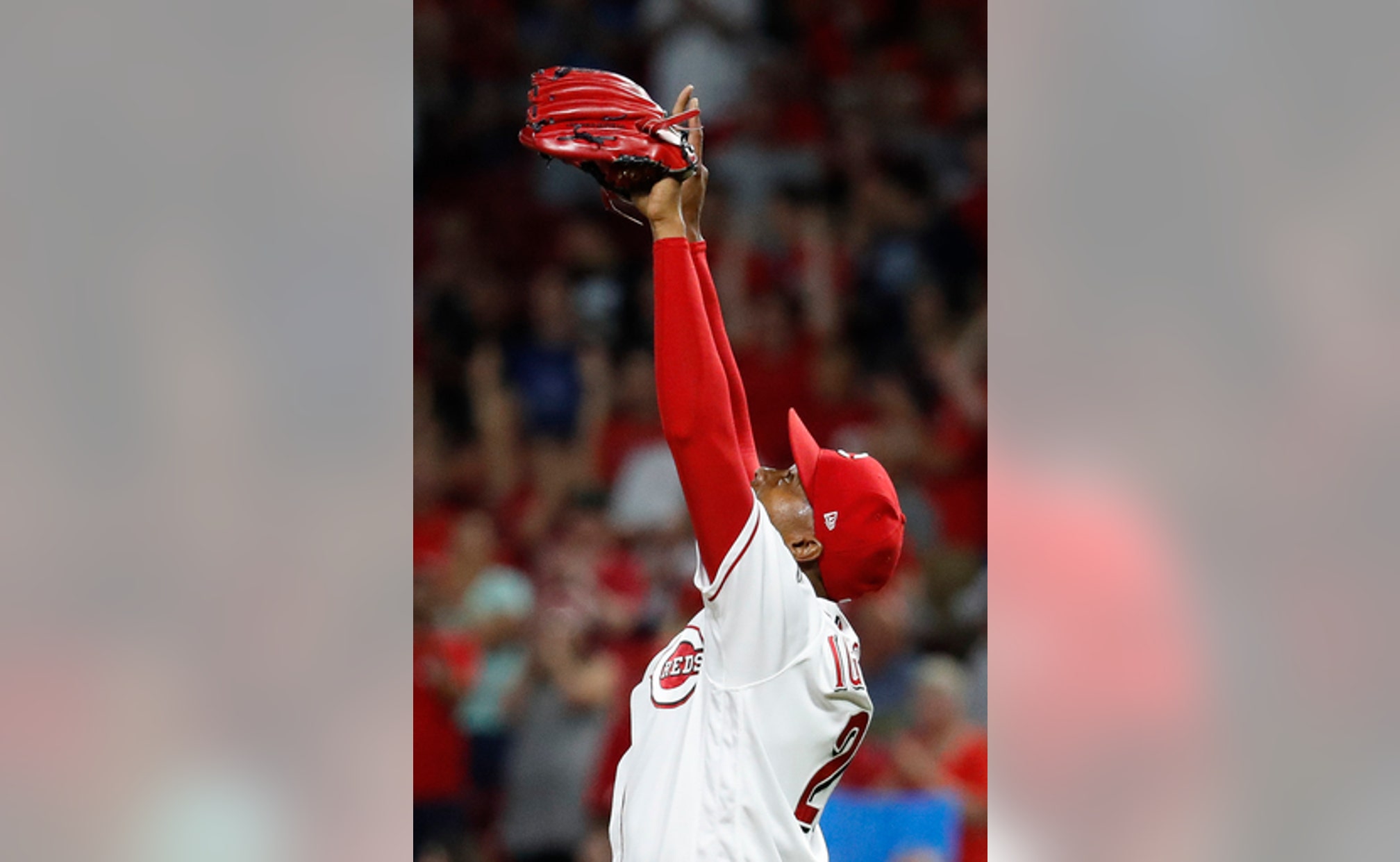 CINCINNATI (AP) Mason Williams waited a long time for his second major league home run. He made sure it was memorable.

Williams hit a three-run homer to snap a 2-2 tie in the fourth inning, and the Cincinnati Reds' bullpen made it stand up in a 6-4 win over the Philadelphia Phillies on Friday night.

''That was a huge at-bat by Williams,'' Reds interim manager Jim Riggleman said. ''Later in the game, he got a bunt down for us and played a good right field. He's an athletic young man.''

Williams, in his second game and first start since being promoted from Triple-A Louisville on Thursday, drove Nick Piveta's 1-2 slider into the right-field seats for his second career homer and first since his major league debut on June 12, 2015, for the Yankees.

''I got enough of it to go over the fence,'' Williams said. ''I'm just trying to help the team win, man. In situations like that I've got to produce. I was looking for a pitch up to get the runner from third home. It felt good. At first, I knew I did a job. When you get the opportunity, you have to produce, whether it is defensively or offensively.''

Hernandez (4-0) came in with two outs and runners on second and third in the fifth when left-hander Amir Garrett departed with an injury after facing one batter. Hernandez got cleanup hitter Carlos Santana to pop out in foul territory and followed with two perfect innings.

Jared Hughes got two outs with a walk in the eighth, and Raisel Iglesias gave up an unearned run before getting Rhys Hoskins to ground into a game-ending fielder's choice for his 20th save in 23 opportunities.

Suarez led off the second against Nick Piveta with his 24th homer of the season. Suarez has homered in five straight games, tying a Reds franchise record.

Piveta (6-9) finished with 12 strikeouts, one short of tying his career high, in six innings. The Reds reached him for six hits and five runs with two walks. Reliever Jake Thompson pitched two innings, allowing a run without a hit in the eighth.

''Nick gave us some much-needed life,'' Kepler said. ''Our bullpen is in much better position for the next couple of days because of what Nick and Jake gave us.'

He's allowed nine earned runs and 14 hits in 11 1/3 innings over his last two starts, both losses.

Anthony DeSclafani struck out seven while lasting one out into the fifth inning. DeSclafani allowed five hits, one of them Odubel Herrera's two-run homer in the third, and three runs with two walks.

''I don't care who is in the game,'' Riggleman said about taking DeSclafani out before he was eligible for the win. ''I'm trying to get the win. His pitch count was getting up there. I thought he could get one more batter, but I wasn't going to let him face Herrera. I was going with the left-hander. He started the inning with the bottom of the order. I was hoping, he'd get through it.''

Hoskins' third-inning double gave the Phillies at least one extra-base hit in 99 consecutive games, the longest active streak in the major leagues.

Joey Votto's intentional walk in the seventh was the 136th of his career, a franchise record. Votto had been tied with Hall-of-Famer Johnny Bench.

Needing fresh arms for the bullpen, the Reds optioned RHP Austin Brice to Triple-A Louisville on Friday after pitching a combined three innings over the previous two games. RHP Keury Melia and LHP Wandy Peralta were recalled from the Bats. LHP Kyle Crockett was designated for assignment,

Shortly before the game, the Phillies and Mets agreed on the trade of infielder Asdrubal Cabrera to Philadelphia for Double-A RHP Franklyn Kilome. Cabrera was expected to join the Phillies in Cincinnati in time for Saturday's game.

Phillies: OF Roman Quinn was recalled from Triple-A Lehigh Valley before the game. Quinn, who'd missed time this season with a right middle finger sprain, last appeared in the majors on Sept. 27, 2016.

Reds: Garrett left the game with what the Reds announced as a ''mild left Achilles strain'' after awkwardly stepping on first to complete a groundout by Odubel Herrera - the only batter he faced.

Phillies: RHP Vince Velasquez (7-8, 4.05 ERA) got the win in his first relief appearance of the season in Philadelphia's 7-4, 16-inning win over the Dodgers on Tuesday.