Clayton Kershaw hung an 0-for-3 on Mike Trout on Tuesday night, so the Angels star had to get some payback any way he could.

And Kershaw gave him the opportunity, trying to go from first to third on a single in the third inning.

Trout had to remind the two-time Cy Young winner that his arm's just as good.

"Not great style," said Kershaw, who slid on his back, his helmet flying, and got tagged before he could touch the bag with his right hand.

"Trout was playing kind of deep so I thought I had a better chance, but Chase (Utley) hit it pretty hard and Mike's got a pretty good arm, so it was probably pretty dumb on my part." 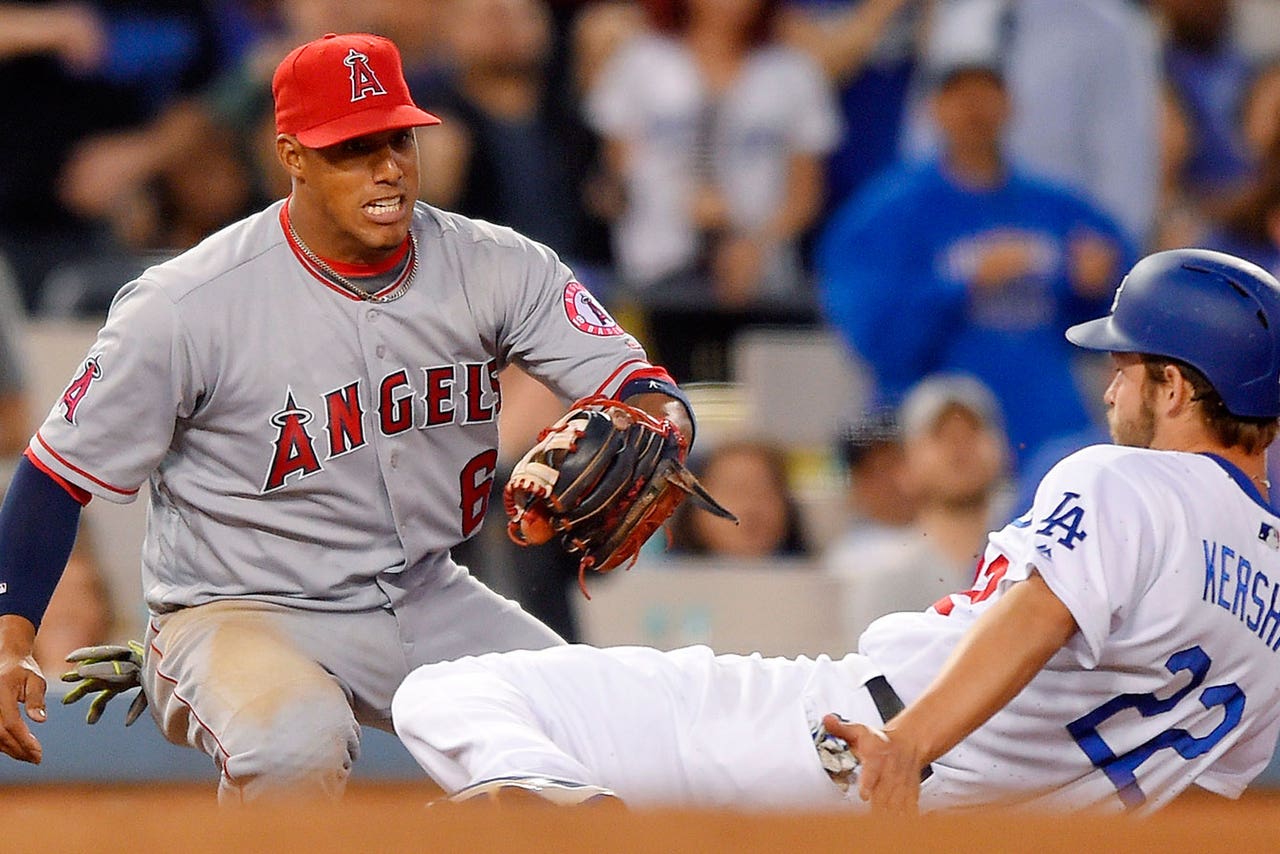 Clayton Kershaw is tagged out by Angels third baseman Yunel Escobar as Kershaw tried to make it from first to third on a single by Chase Utley during the third inning Tuesday in Los Angeles.

"I thought I was going to have to jump and then realized I didn't have to and took my eye off it," Trout said. "That shouldn't happen again."

Kershaw did all the showing off the rest of the way, striking out 11 in eight innings in a 5-1 win to improve to 6-1.

Kershaw has fanned at least 10 in a franchise-record six straight starts and has issued just one walk in his five previous home starts, and only four this season. The left-hander retired his final 13 batters in lowering his ERA to 1.67.

"He's consistently great," Dodgers manager Dave Roberts said. "Trout walks up to the batter's box and looks at me like, `I'm going to take my medicine.'"

Turner Exits Game, Returns: A Timeline
MLB has made a statement on Justin Turner's decision to celebrate with his team postgame. Here is all the latest.
October 28, 2020

Exclusive Video: Justin Turner's Celebration
Watch as the Dodgers star celebrated with his Los Angeles teammates after receiving a positive COVID-19 test.
October 28, 2020
those were the latest stories
Want to see more?
View All Stories
Fox Sports™ and © 2021 Fox Media LLC and Fox Sports Interactive Media, LLC. All rights reserved. Use of this website (including any and all parts and components) constitutes your acceptance of these Terms of Use and Updated Privacy Policy. Advertising Choices. Do Not Sell my Personal Info