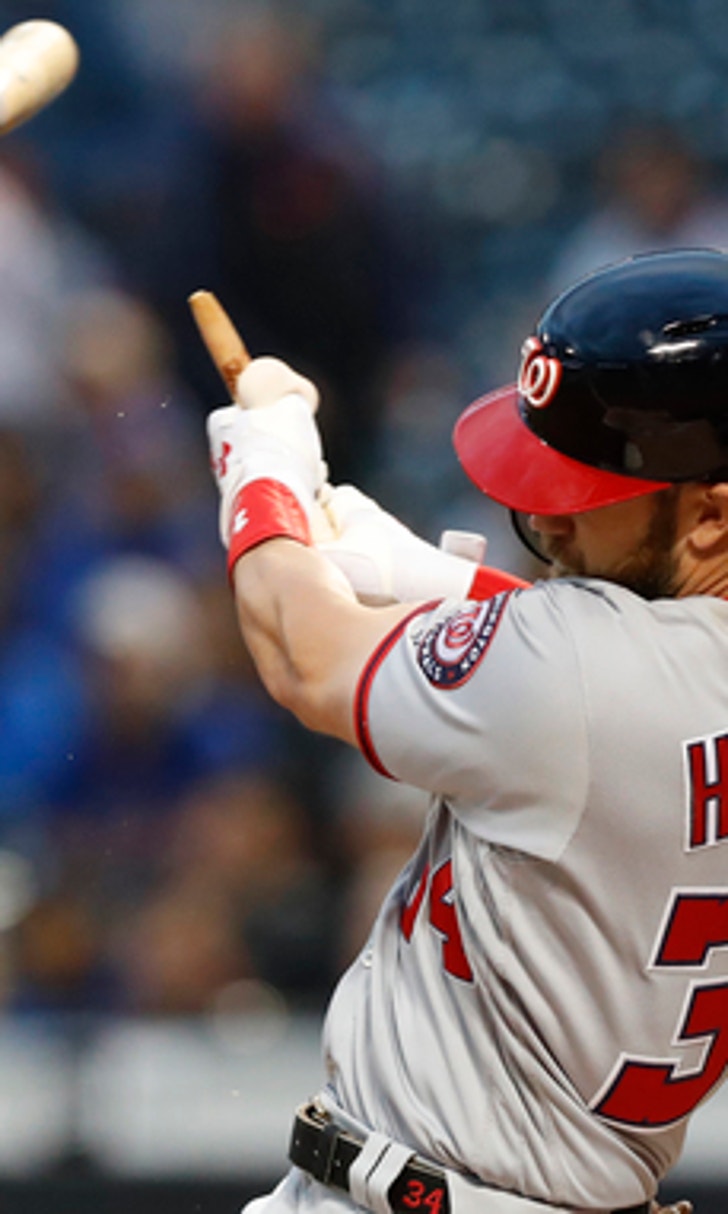 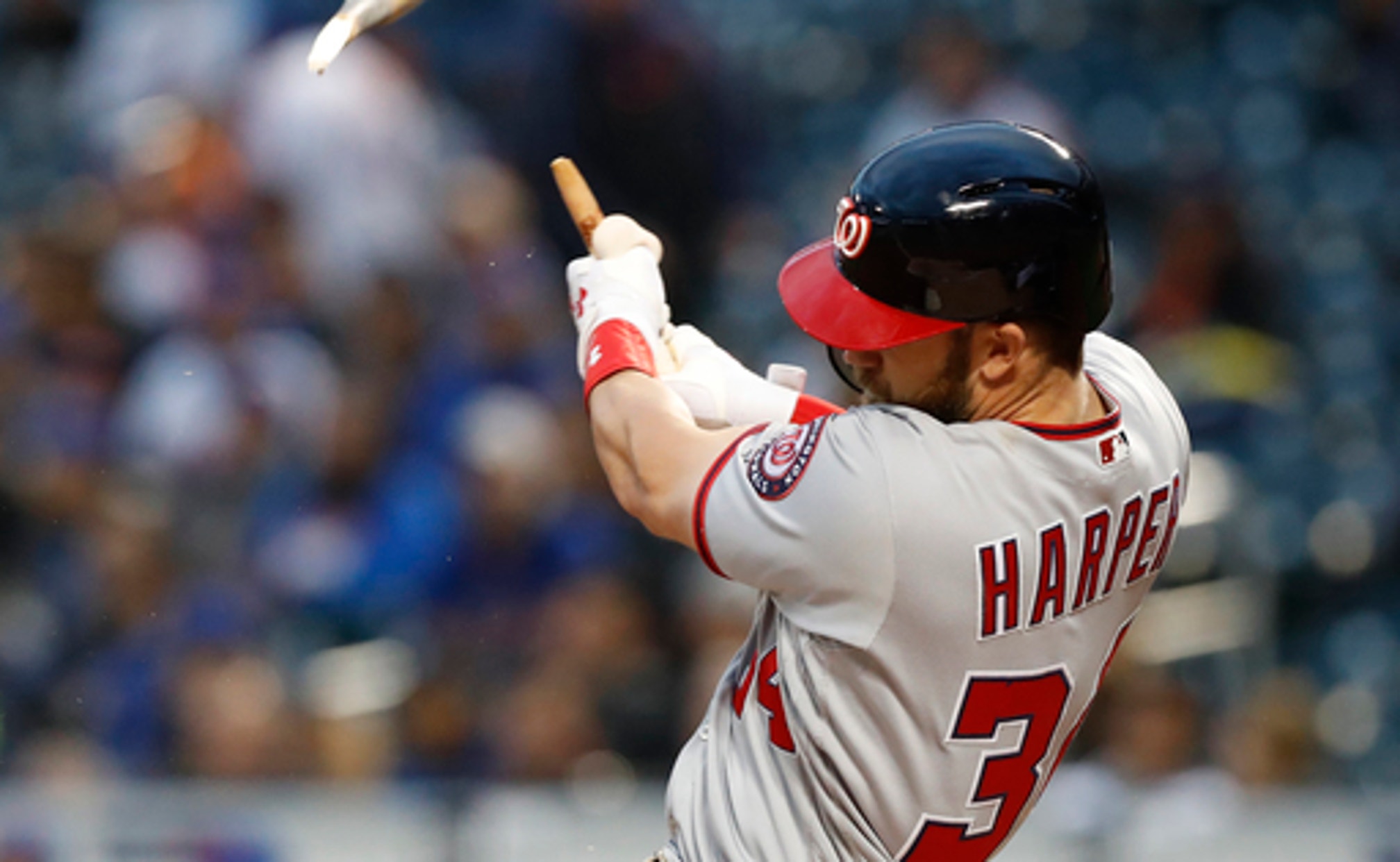 NEW YORK (AP) This was shear power by Bryce Harper.

In a startling display, the Washington Nationals slugger shattered his bat into two pieces, yet still hit a long home run Monday night in an 8-6 win over the New York Mets.

Harper hit his major league-high eighth homer, and his 33 1/2-inch, 31 1/2-ounce Marucci bat paid the price. It cleanly cracked, but the ball flew an estimated 406 feet to right-center at Citi Field.

The lumber split just above his hands, and the barrel helicoptered into the high, protective netting behind home plate on the first base side. The five-time All-Star trotted most of the way to first holding the few inches of the handle that remained after tagging a 95 mph fastball from Jacob deGrom.

Mets right fielder Brandon Nimmo headed toward the wall and quickly ran out of room.

''Yeah, that was pretty shocking,'' deGrom said, with a slight grin. ''I heard the bat break and then I looked, I saw Nimmo, he just kept going so I was like, oh, well, I guess that's out of here.''

As Harper rounded the bases, first base coach Tim Bogar picked up the sawed-off piece of wood and handed it to a bat boy.

On his way back to the dugout, Harper playfully pulled up his sleeve to show his biceps.

''He started to flex when he came back. I said, yeah, you're strong,'' Nationals manager Dave Martinez said.

The 25-year-old former NL MVP has hit 158 home runs so far in his career, boosting his total with the solo shot in the first inning. But anything like that?

Trea Turner and his Washington teammates were marveling over how Harper did it.

''It was impressive,'' Turner said ''There's rumors that it was already broken beforehand. So I'm curious to see the tape to see if he hit it on the barrel or off the end of the bat, whatever it maybe. But nonetheless, impressive.''