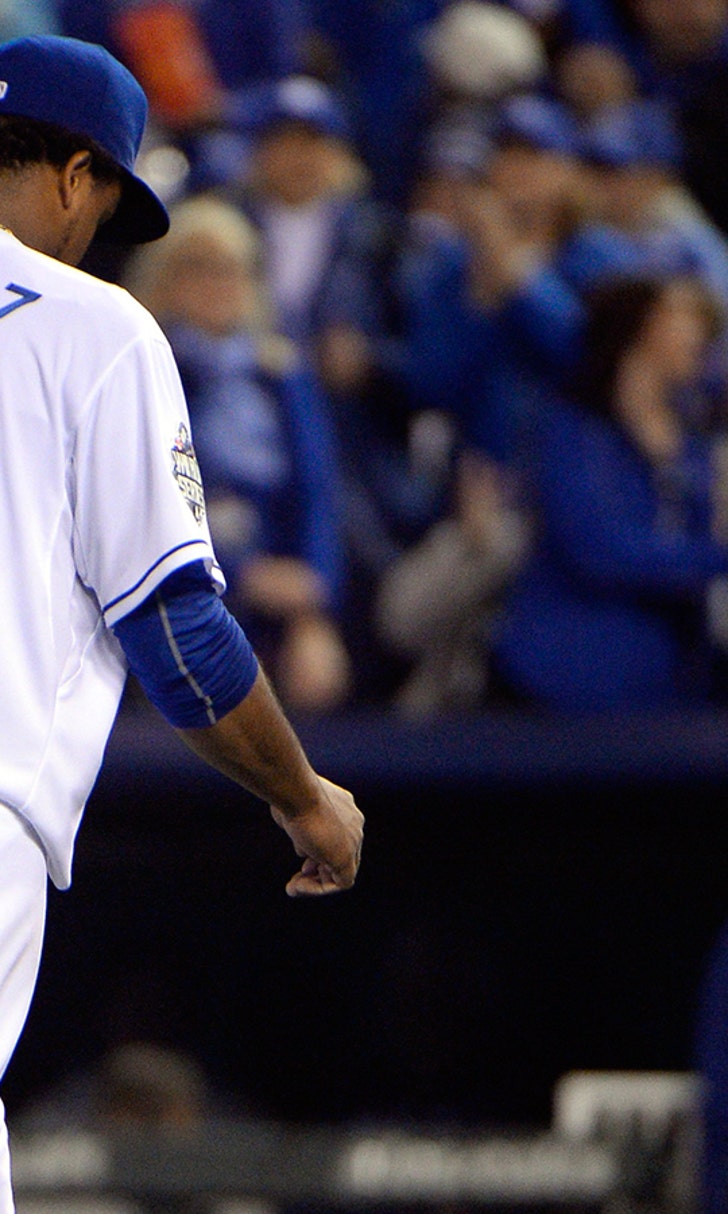 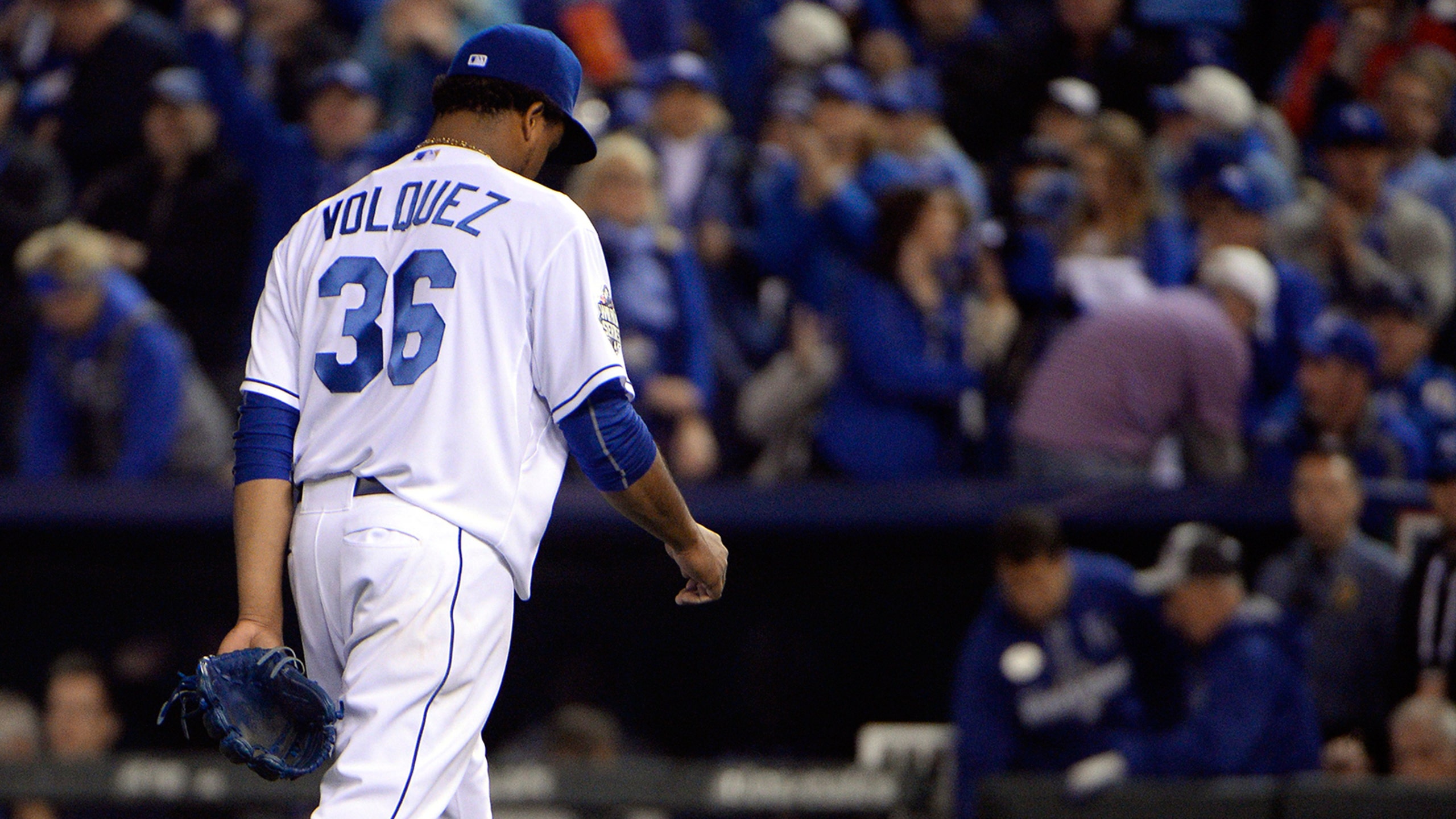 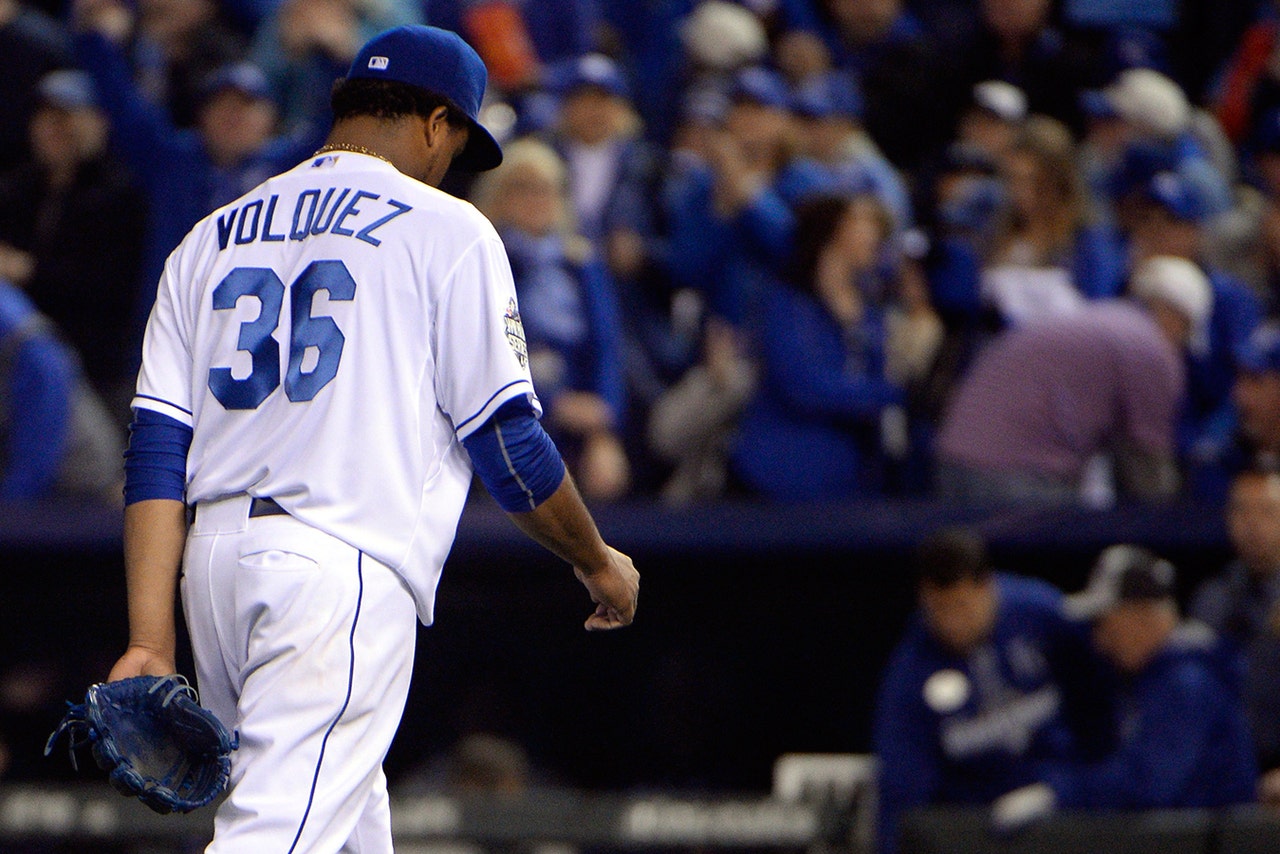 SANTO DOMINGO, Dominican Republic -- Royals pitcher Edinson Volquez said Wednesday that he didn't know whether he would be ready to play in the World Series once he returns to the U.S. following his father's funeral in the Dominican Republic.

Volquez said he was in a lot of pain as his eyes welled with tears while he attended his father's memorial service a day before the funeral.

"Losing a loved one is hard," he said. "My father was everything to me, and he supported me in everything throughout my career. We won the game, but I would have changed that if it meant he could still be alive."

His father, 63-year-old Daniel Volquez, died of heart failure just before the right-hander started Game 1 of the World Series against the New York Mets on Tuesday night. Volquez said he learned about his father's death when he stepped off the mound after allowing three runs over six innings.

"My wife was waiting for me with the general manager and they told me what had happened after I finished working," he said. "I want to thank my teammates for all their support, to (Johnny) Cueto and Yordano (Ventura), who were the first ones to call me."

Volquez said he would return to the U.S. on Friday or Saturday. "But I don't know if I'll be ready for that appearance," he said.

The Royals were hopeful that Volquez would rejoin them when they head to New York later in the week.

"I expect Eddie to be there and ready to go for Game 5," he said.

The Royals and Mets have a day off Thursday. Game 3 is set for Friday night at Citi Field.

It was the elder Volquez who introduced his son to the game, buying his son his first glove -- a Pedro Martinez model.

"I can definitely understand what he's going through right now," said Royals third baseman Mike Moustakas, whose mother, Connie, died of cancer in August. "When someone loses a family member, that takes priority over everything that happens. Baseball is baseball, but family, things that happen like that -- that's something that is more important than baseball."

Volquez kept the Royals in the game long enough Tuesday night for them to tie it in the bottom half. The Mets pulled ahead later, but Alex Gordon's home run in the ninth inning kept the game going.

The Royals eventually prevailed 5-4 in 14 innings.

Afterward, Volquez and his family spent some private time in Yost's office, and a few teammates spoke to him briefly before he departed the clubhouse.

"He's going to be missed the next couple of days. Whenever he decides to come back, whenever he's comfortable, we're going to be here waiting for him with open arms," said left-hander Danny Duffy, who pitched in relief after Volquez left the game.

"I came in from pitching I saw him in here and I said, `Volky, great job,'" Duffy said. "He'd already showered and I said, `What's going on?' He told me and I couldn't put words to it, man."

Yost established a contingency plan with assistant coaches Don Wakamatsu and Pedro Grifol in the event Volquez could not pitch. Game 4 starter Chris Young, who lost his father, Charles, to cancer a month ago, would have taken the mound against the Mets.

Young wound up throwing three innings in relief, earning the win in Game 1.

"Our plan for Chris Young was that if we needed him, we would use him 45 to 50 pitches, and he still would be available Game 4," Yost said. "It would be just like a short start and coming back a day early. He hadn't pitched in six days. We wanted to use Chris in that situation."

By doing so, the Royals reserved Kris Medlen for long relief the next three games.

"It was just a perfect scenario there," Yost said.

As perfect as could be, given the circumstances.

"For all the stuff that's happened this year to all of our parents, and a couple other people that have had some bad luck with their families, it has to bring us closer together," Moustakas said, standing not far from Volquez's locker. "This is our family."