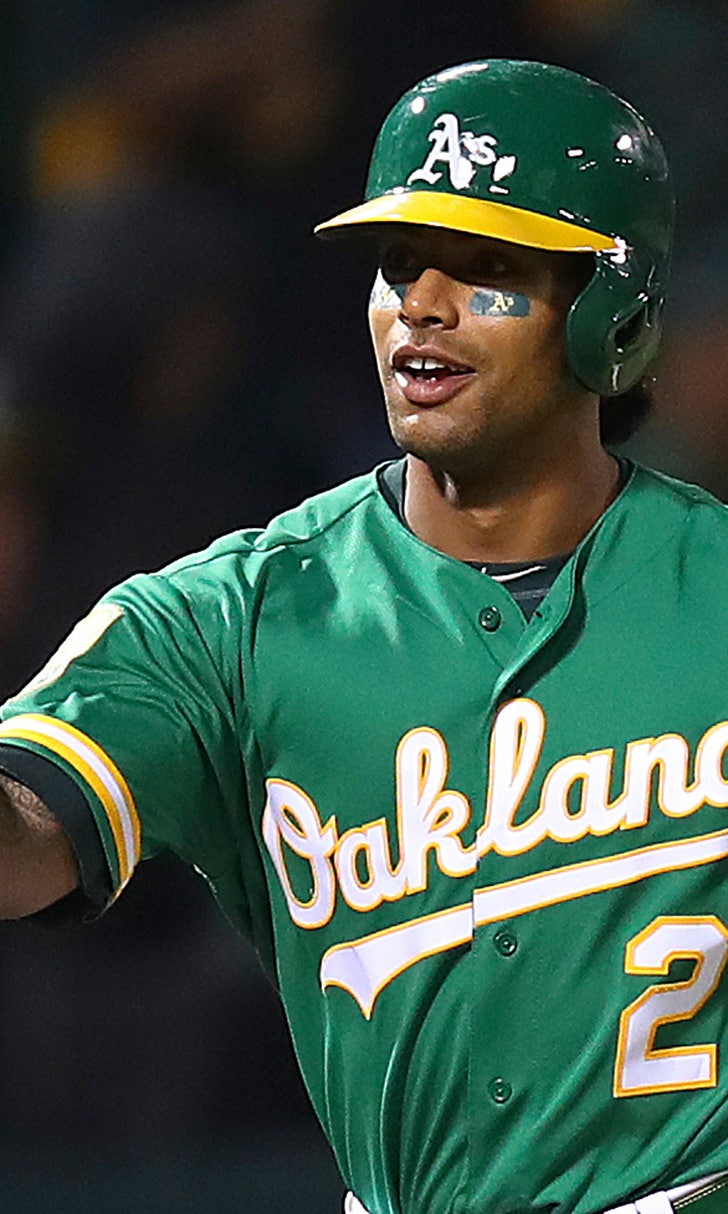 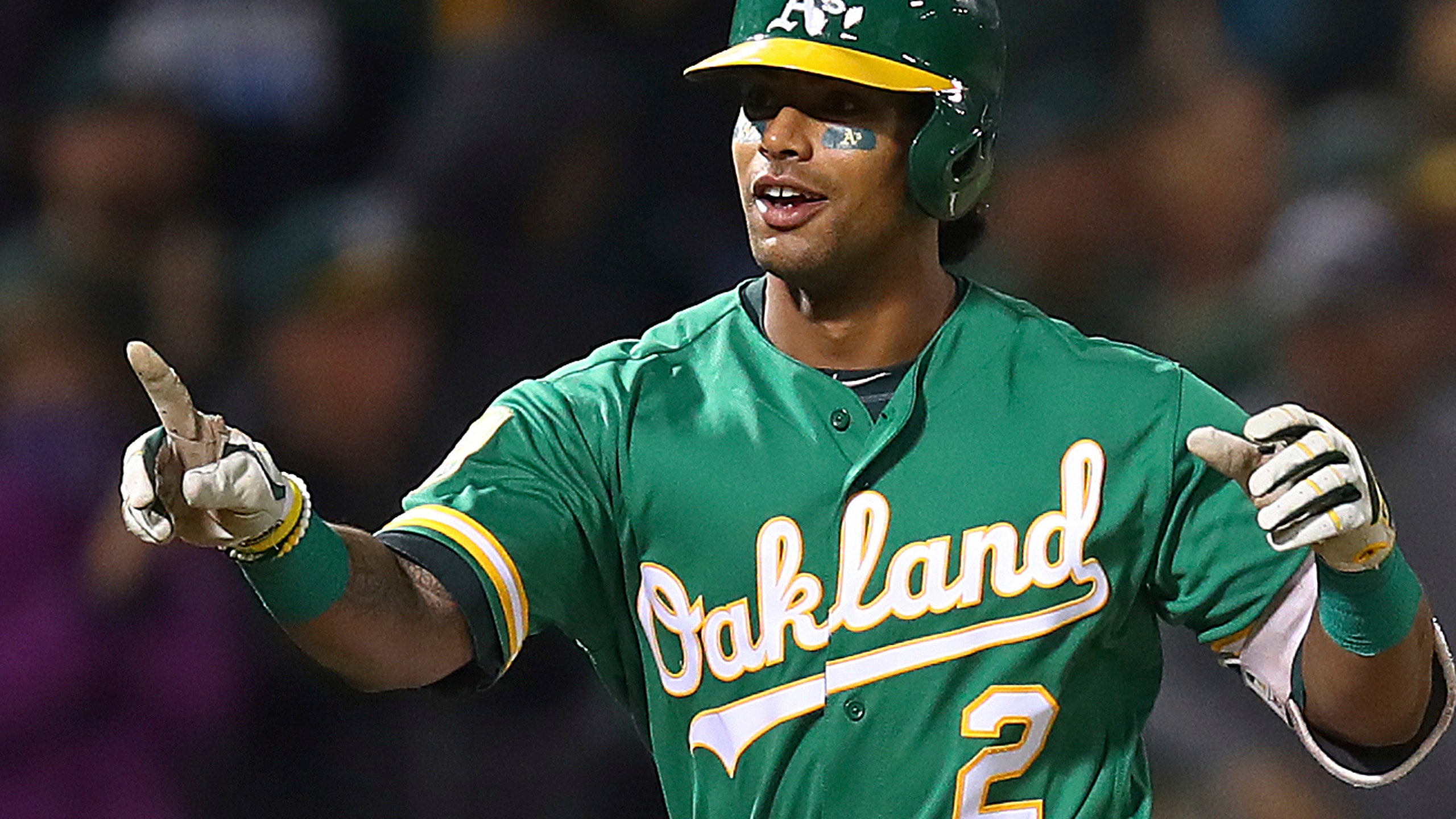 OAKLAND, Calif. (AP) — Khris Davis led the majors in home runs, led the Oakland Athletics back to the playoffs for the first time in four years then received a $6 million raise this offseason for a 2019 salary of $16.5 million.

Next up could be a long-term extension, if that is Davis' top priority. It might not be. He put personal accolades aside last season, more determined to get his team to the playoffs for the first time since 2014.

Davis is the top slugger in a power-hitting lineup that surprised much of baseball with a run to the AL wild-card game and a loss to the Yankees.

"We never put sort of guidelines or deadlines on something like that," general manager David Forst said. "We have continued that conversation and certainly through spring training we're open to it. It's open to the player if they want to continue into the season, but it continues to be an ongoing conversation."

Davis hit a majors-best 48 home runs while setting a career high with 123 RBIs. The 31-year-old Davis received a $10.5 million, one-year contract last January to more than double his salary after he beat the team in arbitration the previous winter.

Davis and Jimmie Foxx from 1932-34 are the only players in Athletics history with three straight 40-homer seasons. Davis' 85 homers in 2017-18 were second during that two-year span in the majors only to Giancarlo Stanton's 86.

Oakland will try to build off a 97-win season in which the A's had a knack for late-game rallies and walkoff wins.

"We were able to, through confidence, create the success, and now we have that kind of confidence to go into the season," said AL Manager of the Year Bob Melvin. "We've turned a corner as a team and everybody's excited about getting back to spring training because we feel like we can do similar things that we did last year."

Here are some things to watch for this spring with the A's, who open March 20-21 against the Mariners in Tokyo:

KYLER MURRAY: The A's still expect Heisman Trophy winner Kyler Murray, the former Oklahoma quarterback and first-round Oakland draft pick, to show up at spring training. He would report right away to big league camp, too.

While Murray declared for the NFL draft, Melvin hopes to manage him in Arizona.

Drafted last June with the ninth-overall pick, the outfielder signed with Oakland for a $4.66 million bonus, of which $1.5 million was paid last summer. The remaining $3.16 million is due March 1.

PITCHERS' PROGRESS: Oakland re-signed right-hander Mike Fiers to a $14.1 million, two-year contract in December then added righty Marco Estrada in January for $4 million over one year. Those two give the A's a pair of veteran, front-line starters in a rotation that remains thin as others recover from injury.

Left-hander Sean Manaea pitched a no-hitter against Boston on April 21 in a bright start to a season that ended with the ace undergoing shoulder surgery in September. He is expected to be out until around the All-Star break.

ROOKIES TO WATCH: Ramon Laureano emerged as Oakland's center fielder for the final two months and batted .288 with five homers and 19 RBIs with seven stolen bases in 45 games. That's after Dustin Fowler played the position in May and June.

Fowler played in 69 games for the A's in 2018, his first season with the club after coming to Oakland from the Yankees in the Sonny Gray trade.

Third baseman Matt Chapman is coming back from left shoulder surgery in December, hoping to find the stroke that led to 24 home runs, six triples and 68 RBIs in his first full big league season.

ON DECK: Melvin went with an "opener" for one inning late in the season with the rotation reeling, and it worked. Other teams may try it, too, as Tampa Bay first did in 2018.

"We are open to the opener," Forst said. "It's hard to do with a 25-man roster. It got a lot easier when we had an expanded roster in September. It's not an easy thing to do on a consistent basis."

Oakland Athletics
share story
those were the latest stories
Want to see more?
View All Stories
Fox Sports™ and © 2021 Fox Media LLC and Fox Sports Interactive Media, LLC. All rights reserved. Use of this website (including any and all parts and components) constitutes your acceptance of these Terms of Use and Updated Privacy Policy. Advertising Choices. Do Not Sell my Personal Info