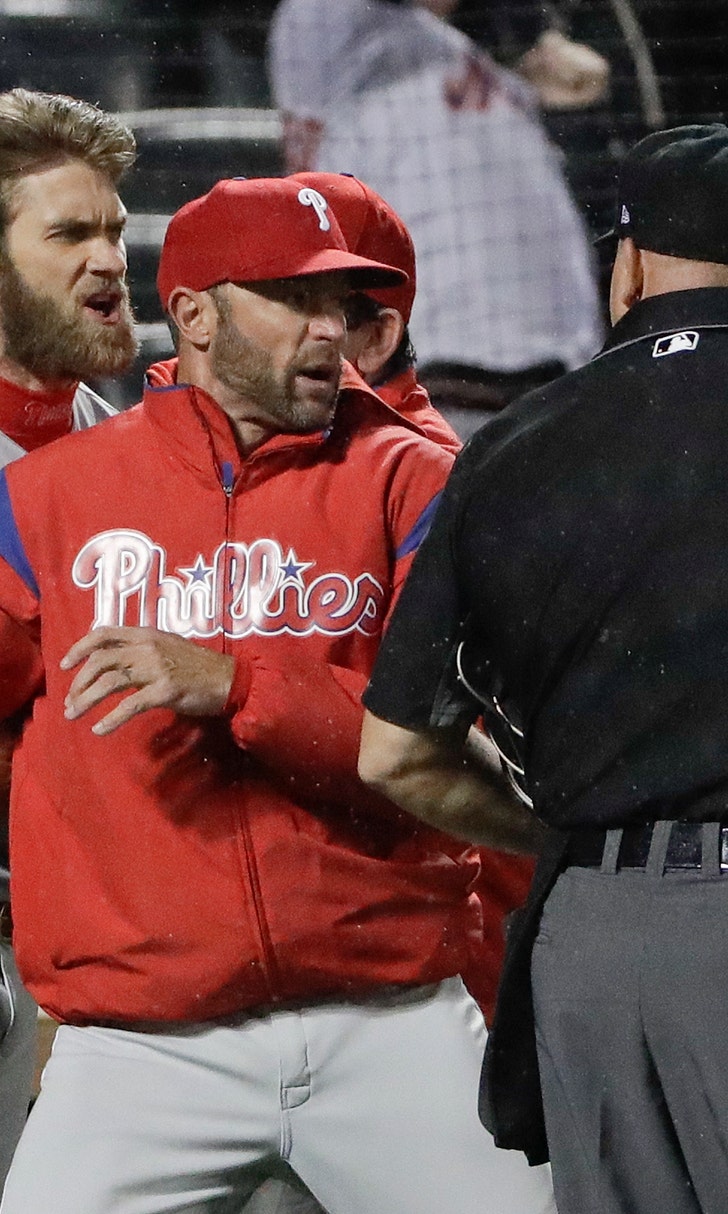 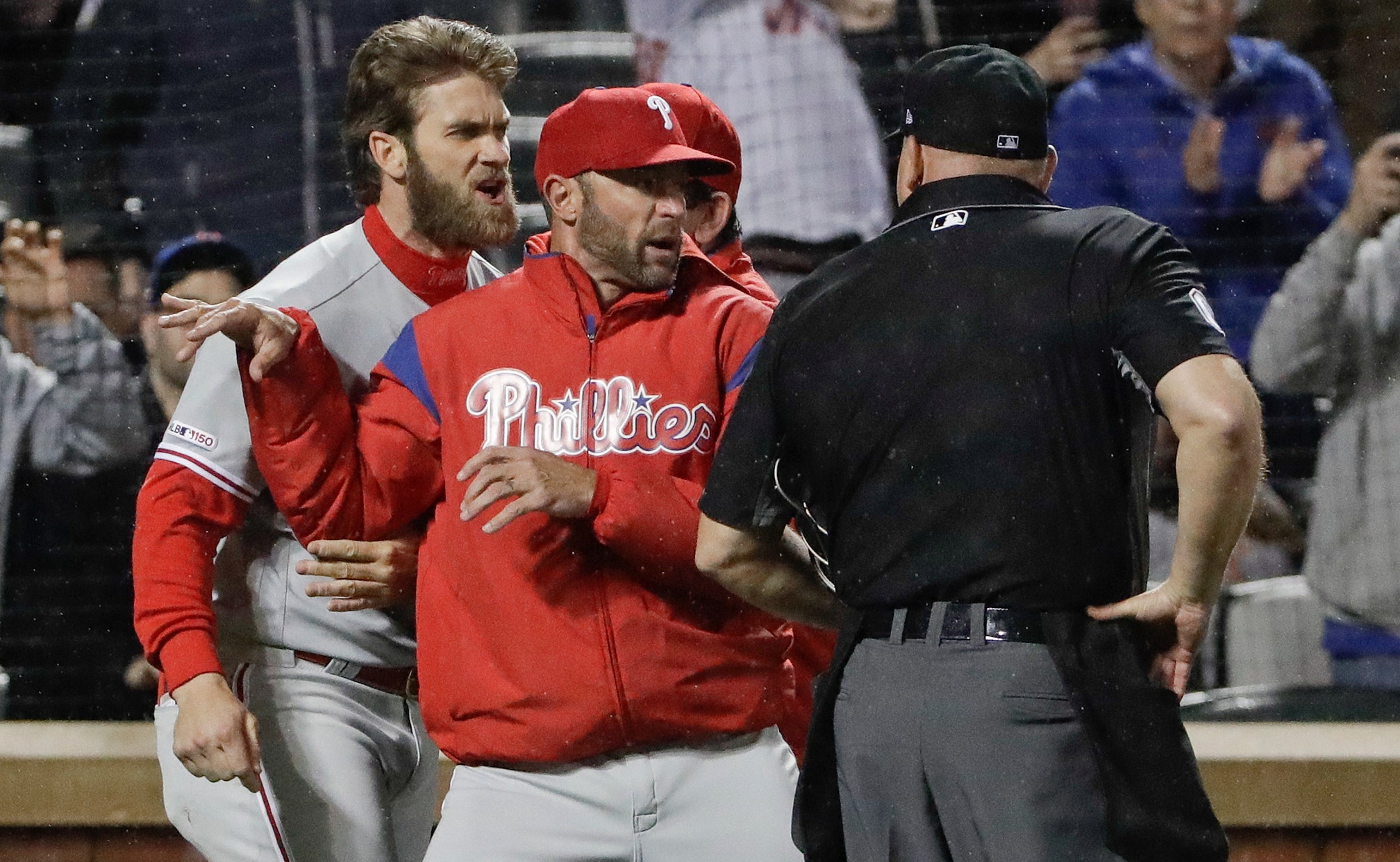 NEW YORK (AP) — Bryce Harper bolted from the dugout to angrily confront the plate umpire after being ejected Monday night, and it took three members of the Philadelphia Phillies to hold back the enraged slugger.

Harper was tossed four batters after being called out on strikes by Mark Carlson to begin the fourth inning against the New York Mets. Harper became the first Phillies player ejected from a game since pitcher Justin De Fratus in 2015.

Harper was already miffed by a couple of strikes in the upper part of the zone when he was ejected while sitting on the bench.

Phillies manager Gabe Kapler came out of the dugout to argue, then Harper followed in a hurry. Harper yelled and pointed at Carlson over and over from close range, with Kapler repeatedly pushing him back his star player.

Bench coach Rob Thomson wrapped up Harper and third base coach Dusty Wathan blocked his path to the plate.

Kapler continued the argument as Harper made his way back to the bench and clubhouse.