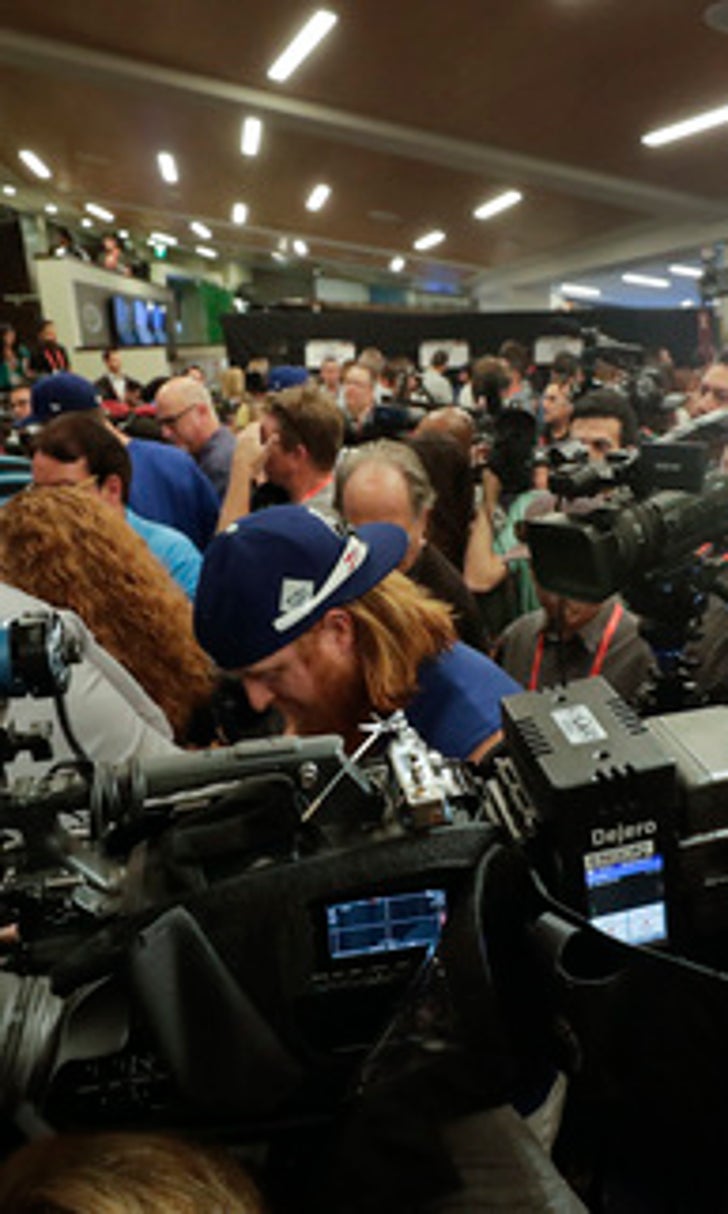 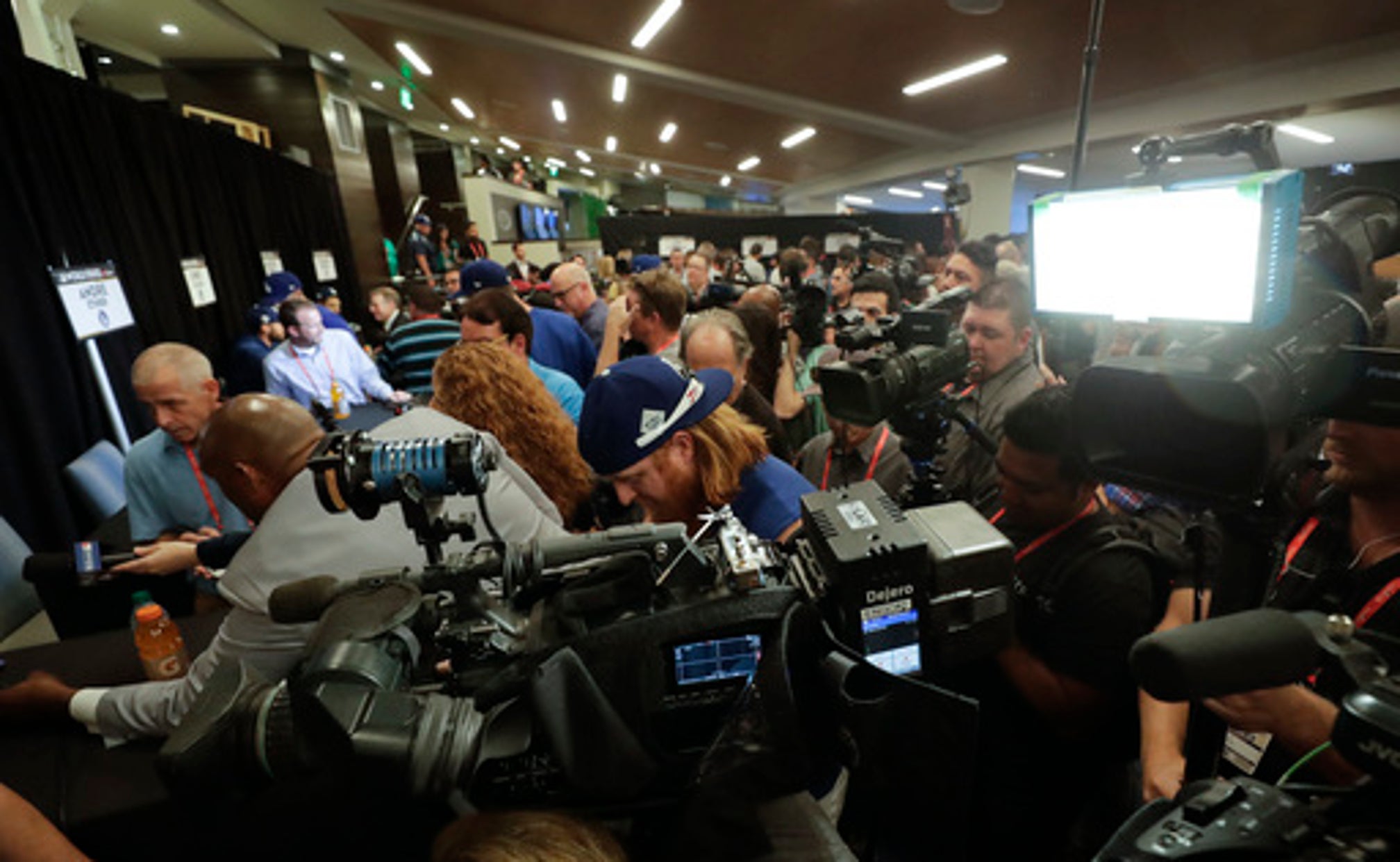 LOS ANGELES (AP) In the Twilight Zone of October, the clock turns back at Dodger Stadium.

To the mound, to the moments that defined World Series champions. Orel Hershiser, steely and standing tall.Fernando Valenzuela, eyes to the sky.The great Sandy Koufax, the very picture of pitching.

And that brings us to Game 1 on Tuesday night, when the Los Angeles Dodgers host the Houston Astros. Up on the bump, on baseball's biggest stage, we finally get to see Clayton Kershaw.

Kershaw has done most everything an ace can accomplish - three Cy Young Awards, five ERA crowns, three strikeout titles, a seven-time All-Star who's also won an MVP trophy and thrown a no-hitter.

Now, against a backdrop of the San Gabriel Mountains majestic at sunset, the lefty and his Dodgers make their pitch for the ultimate prize.

''I think that's the final piece for him,'' Dodgers manager Dave Roberts said.

Said Kershaw: ''Who knows how many times I'm going to get to go to the World Series? I know more than anybody how hard it is to get there. So, I'm definitely not taking this one for granted.''

To those Kershaw plays with, he's got nothing left to prove. A model of consistency, the Dodgers see him as money every time he takes the mound.

It seems almost like an insult to many, in fact, to suggest anything otherwise.

Yet there is that one nagging set of stats that can't be overlooked: 6-7 with an unsightly 4.40 ERA in the playoffs.

Now, it's no shame to struggle in the postseason. All-Stars Chris Sale, Corey Kluber and Max Scherzer all got banged around this month.

Hall of Famers Greg Maddux, Randy Johnson and Tom Glavine, for all of their many accolades, each had losing records in the postseason. Those guys also helped pitch their teams to championships.

Kershaw has excelled at times in October.

He hung tough in Washington last season in the deciding Game 5 of the NL Division Series, earning his only big league save.

He threw six sharp innings last week in the clincher at Wrigley Field to dethrone the Cubs in the NL Championship Series. That made him 2-0 with a 3.63 ERA in three postseason starts this year, although he was tagged for four home runs in a win over Arizona.

But a truly signature moment, that's still missing. His opponent in the World Series opener, Astros lefty Dallas Keuchel, already has a couple.

Keuchel won the AL wild-card game at Yankee Stadium two years ago with six shutout innings. He won the opener of this year's ALCS, tossing seven brilliant innings vs. the visiting Yankees.

Kershaw, as always, is eager to get going.

''There's always butterflies,'' he said before Monday's workout at Dodger Stadium. ''I think this time is when the butterflies and anxiousness is more so. Once you throw the first pitch it all goes away, at least for me.''

As for soaking in the atmosphere, that's not his style. Not right now.

Kershaw is 3-2 against the Astros, dating to when they were a National League team. Houston star Jose Altuve is 6 for 15 lifetime off a pitcher known for his sharp slider and pinpoint fastball.

''He's got every weapon you would fear,'' Astros manager A.J. Hinch said. ''He's got some hardware on his shelf at home.''

''All the individual stuff is great, but at the end of the day I just want to win a World Series,'' he said last week, adding with a smile, ''If we win, I might retire, so I might just call it a career.''