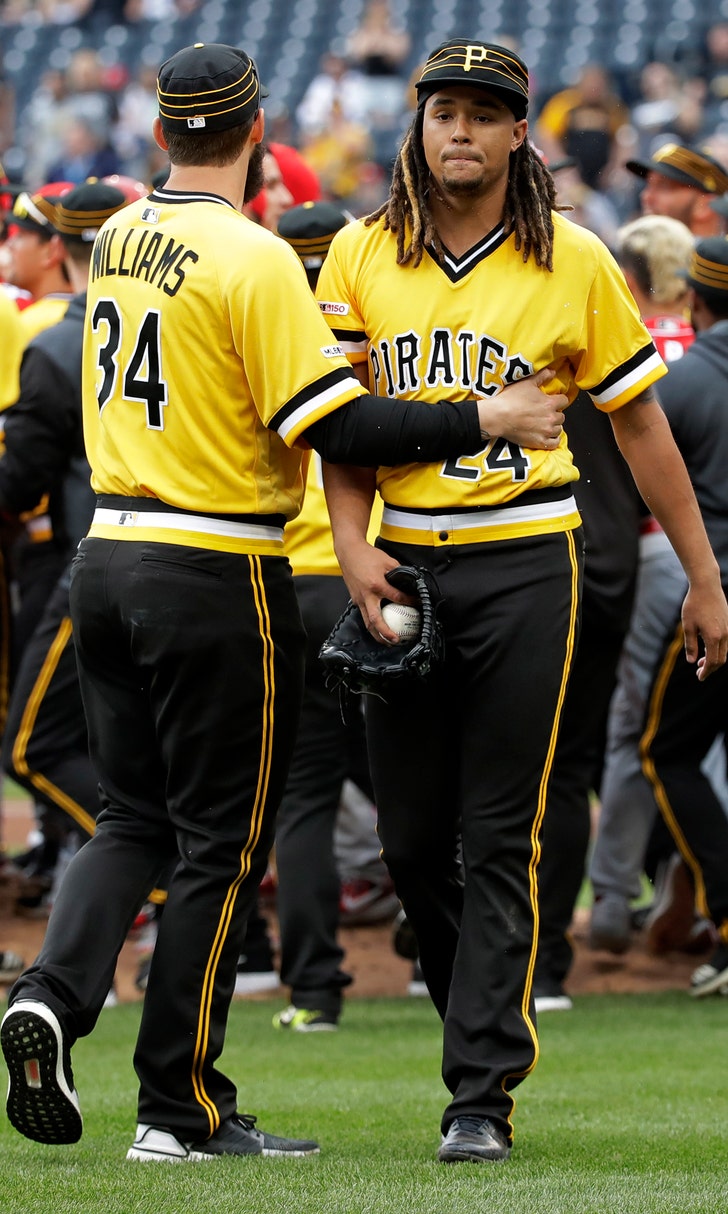 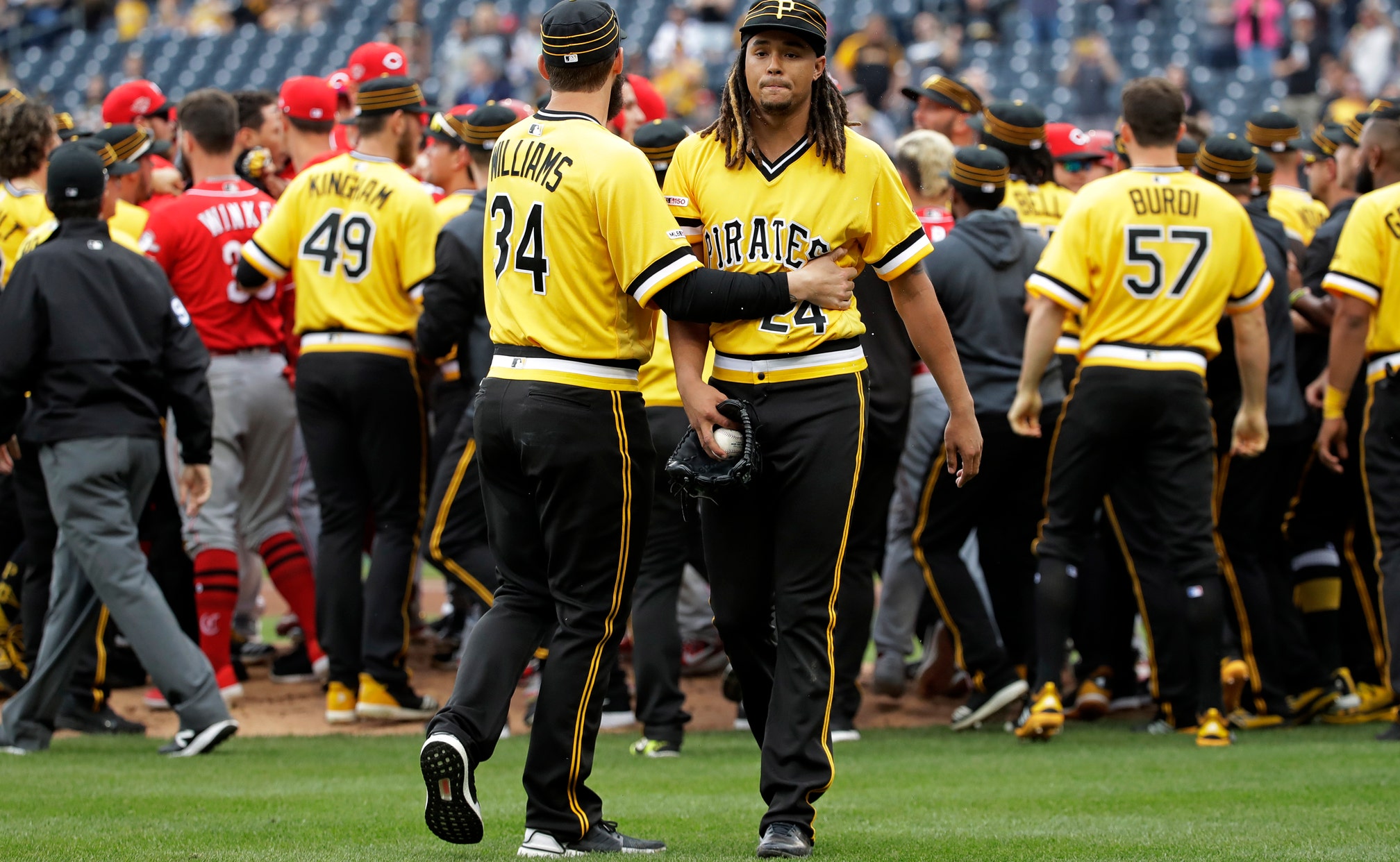 Archer suspended for 5 games, Puig for 2, Bell for 1

NEW YORK (AP) — Pittsburgh pitcher Chris Archer was suspended for five games, Cincinnati outfielder Yasiel Puig for two and Reds manager David Bell for one on Tuesday for their parts in a bench-clearing fracas last weekend at PNC Park.

The commissioner's office said Archer has appealed his penalty and will play pending a decision.

Puig and Bell chose not to appeal. Puig will miss the first two games of a series against the Marlins in Cincinnati starting Tuesday night. Bench coach Freddie Benavides will manage the Reds in the first game.

Chief Baseball Officer Joe Torre also fined all three for their behavior Sunday in Pittsburgh, which was touched off when Cincinnati's Derek Dietrich stood in the batter's box to admire his long home run in the second inning.

Two innings later, Archer threw his first pitch behind Dietrich's waist. Plate umpire Jeff Kellogg warned both benches and Bell jogged from the dugout to the infield, arguing Archer should be ejected. Archer maintained he simply was off-target with an inside pitch.

Benches and bullpens emptied, and an enraged Puig barreled into a bunch of Pirates and was restrained by several teammates.

Bell interpreted Archer's suspension as confirmation that the pitch was purposely meant to hurt Dietrich. Bell said Torre told him that Archer wasn't ejected by the umpires because he didn't throw at the batter's head.

"That to me is a very dangerous approach," Bell said. "As we know, even if they're aiming somewhere else, it could hit a hitter right in the head."

"I was suspended (because) things escalated when I came out," Bell said. "Clearly both benches cleared, which is unfortunate."

Puig declined to appeal his suspension because he thought it wouldn't make a difference. He wasn't satisfied with Archer getting a five-day suspension, which means the starter would miss one appearance at most.

Bell doesn't agree with the old-school practice of a pitcher retaliating when they think a hitter has showed them up by lingering too long or doing something theatrical after hitting a home run.

"Major League Baseball needs to take this out of their hands if the players try to police it," Bell said. "That's a dangerous approach."