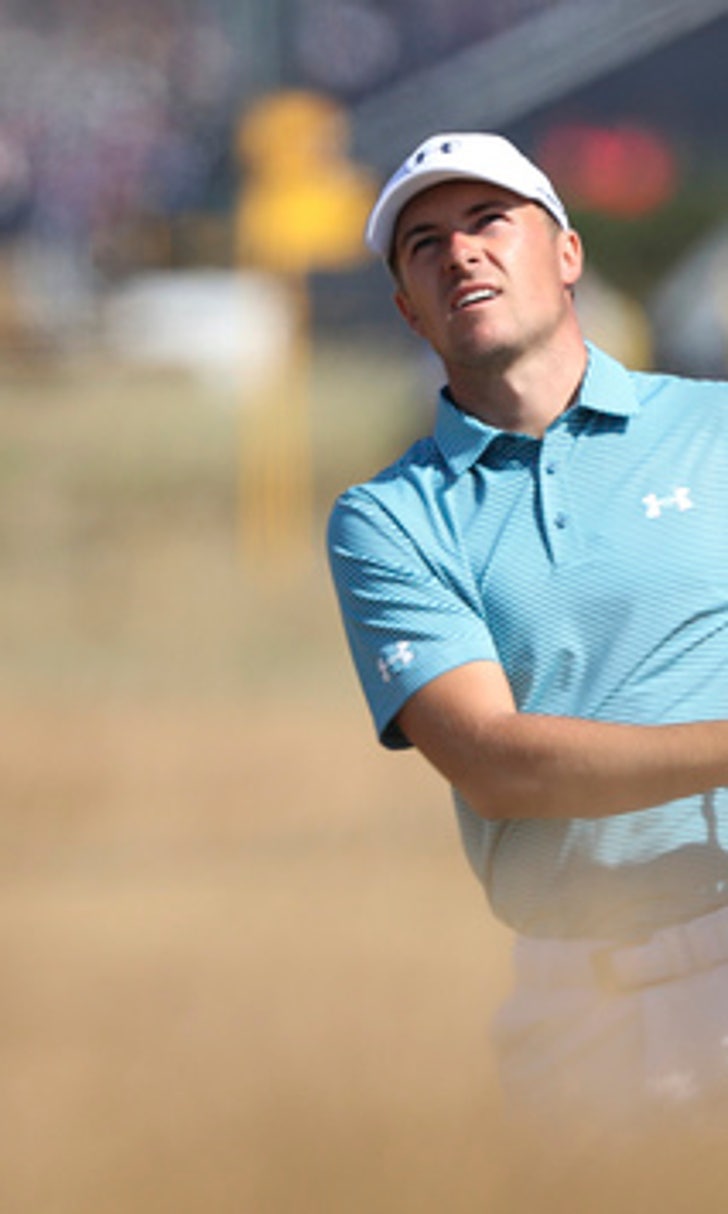 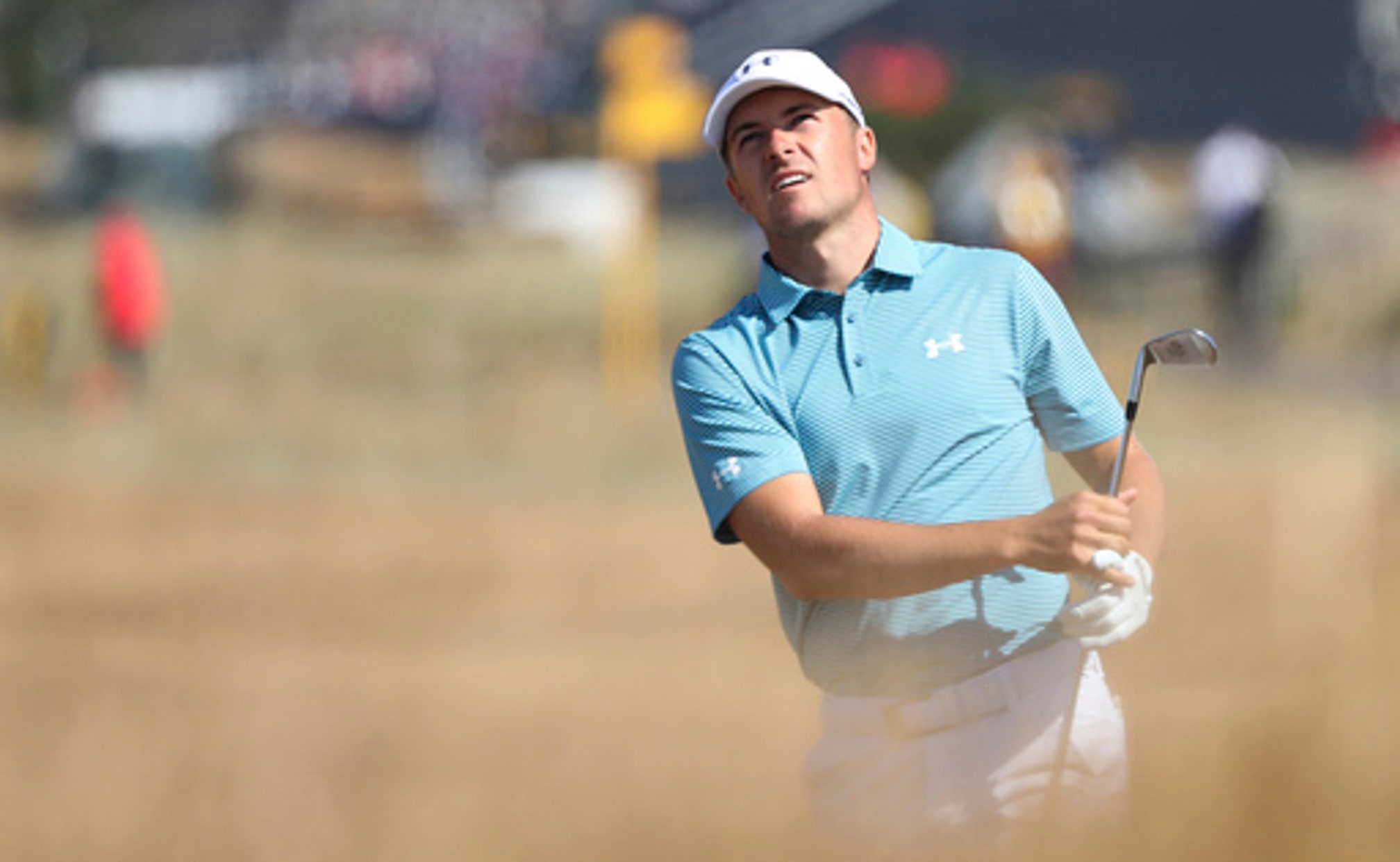 Kisner takes lead, Carnoustie holds its own at British Open

CARNOUSTIE, Scotland (AP) The silver claret jug was on the first tee Thursday morning at Carnoustie, a trophy that Kevin Kisner knows all too well.

Kisner flew home from the British Open last year with Jordan Spieth, a flight that was delayed while waiting on Spieth to finish up his duties as the champion golfer of the year. Just last week, Kisner was on the plane with Spieth to Paris to see the Ryder Cup course, and Spieth had to bring the jug along to return it to the R&A when they arrived at this links along the North Sea.

''And I'm staying with him this week, and he no longer has it,'' Kisner said. ''He gave it back Monday. It would be cool to return the favor.''

He made a long eagle putt on the par-5 sixth. He ran off three straight birdies on the back nine. Kisner finished with a 5-under 66 before some 60 players had even started the opening round, and nobody could catch him.

In what might be the easiest conditions of the week, Kisner kept the ball in play and made just about everything. He took only 22 putts and had a one-shot lead, giving him little more than bragging rights in the house of stars where he is staying, with roommates that include five major champions and Rickie Fowler.

''The golf course is great for me,'' Kisner said. ''The conditions have been fine. Going forward, you never know what you're going to have in Scotland. I know the rain is coming in tomorrow. I don't think the rain is going to affect how the golf course is playing in one day, but I have to just keep doing what I'm doing. If I have 22 puts the next three days, I bet I'll have a pretty good shot.''

Carnoustie still managed to hold its own.

One shot behind was a collection of players with little history in golf's biggest events, including Erik Van Rooyen and Zander Lombard of South Africa. Tony Finau had eight birdies to offset his share of mistakes to join them at 67.

Of the top seven on the leaderboard, none has won a major.

Rory McIlroy and Jon Rahm powered their way to 69s, going for the green on short par 4s. Tiger Woods took out his driver one time and shot 71, a round slowed by a short putt he missed and a pot bunker he couldn't avoid.

''I played better than what the score indicates,'' Woods said. ''I had two 8-irons into both par 5s today, and I end up with par on both of those. If I just clean up those two holes and play them the way I'm supposed to play them with 8-iron in my hand, I think I'd probably have the best round in the afternoon wave.''

Almost. Eleven of the 31 players who broke par were in the afternoon side of the draw.

Even so, no one could really low. And those 31 players who broke par were separated by just four shots.

Three of Kisner's housemates also were under par - PGA champion Justin Thomas (69), two-time major champion Zach Johnson (70) and Fowler (70). Another is Spieth, who was in range of the lead until he made one mental error and two bad swings while dropping four shots over the last four holes for a 72 that didn't do too much damage.

Even in gentle weather by Scottish standards, Carnoustie served up its usual dose of craziness.

Padraig Harrington holed a short putt for par on the opening hole and turned to leave when he saw a golf ball trundle onto the green. It was the tee shot of U.S. Open champion Brooks Koepka, who hit driver off the tee to set up an easy birdie.

That was as easy as it got for Koepka for the next two hours. He shot 41 on the front nine. And then he shot 31 on the back nine.

''The scores probably weren't as low as we anticipated, but 1 over is not the worst,'' Koepka said. ''Definitely didn't shoot myself out of it, which very easily could have happened.''

Sergio Garcia hit a drive that never stopped rolling on No. 10 until it dropped over the edge of Barry Burn. The water was shallow enough for the former Masters champion to smash through a ball rock and water to get the club on the ball and escape without further damage.

Carnoustie was not kind to everyone.

Dustin Johnson, the world's No. 1 player, managed only one birdie in his round of 76, his highest start in the Open since his debut at Turnberry in 2009. Masters champion Patrick Reed, Hideki Matsuyama, Bubba Watson and Garcia were all at 75 and now have to worry about just getting to the weekend.

On the longest day - from Sandy Lyle hitting the opening tee shot at 6:35 a.m. and the group including newcomer Bronson Burgoon finishing off the first round nearly 13 hours later - everyone had their own style of getting around the course reputed to be the toughest links in golf.

''Different players are going to have a different way to see how they're going to play this golf course,'' McIlroy said. ''I know Tiger is out there hitting a lot of irons off tees and doing it his own way. No one's going to argue with him - he did it like at Hoylake, and he was able to win there.''