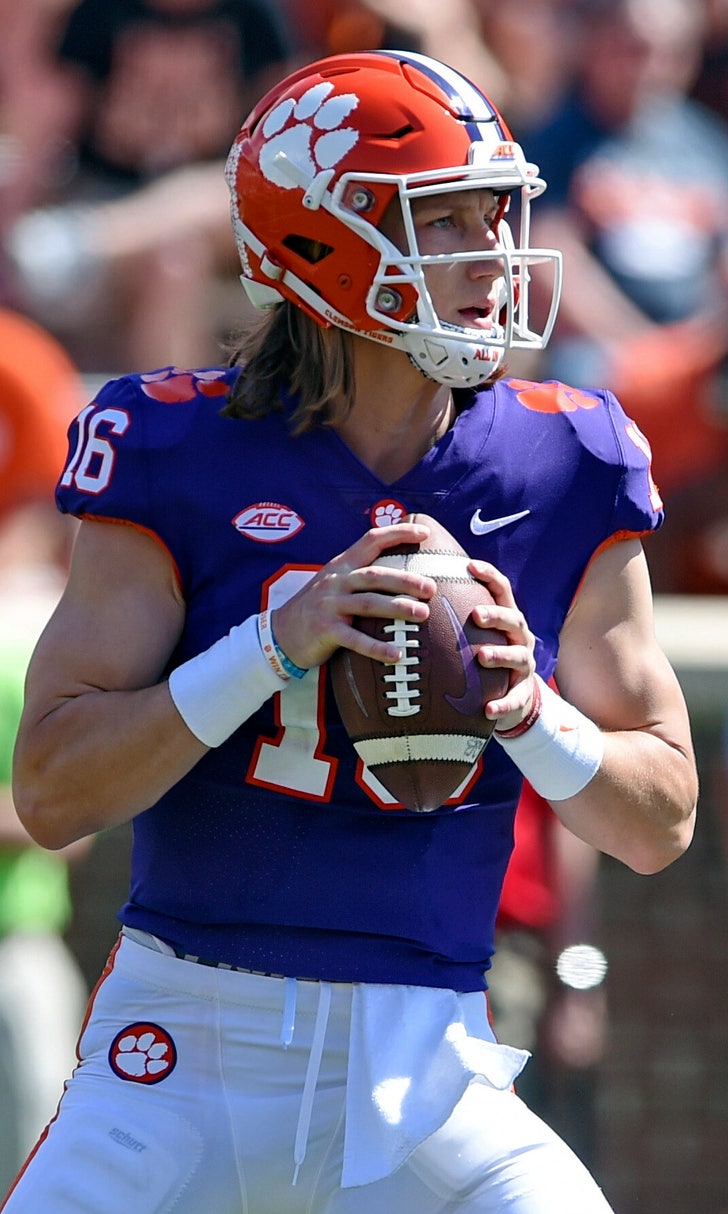 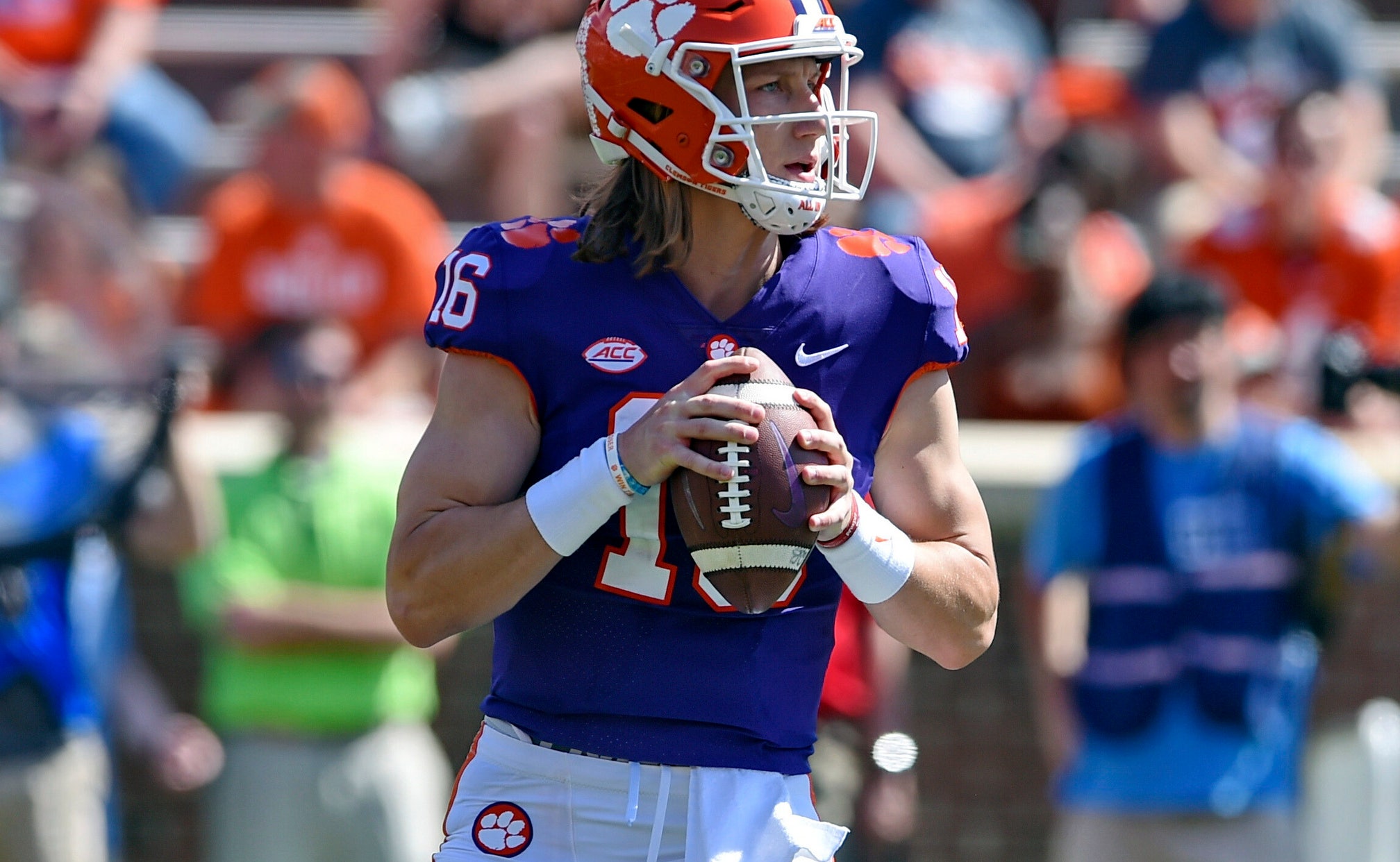 Retooled Clemson D has strong spring as it moves forward

CLEMSON, S.C. (AP) — Clemson linebacker Isaiah Simmons accepts that many are concerned over the Tigers changing defense from its latest national championship. He's not among them.

The 6-foot-4 junior is supremely confident Clemson will excel despite losing seven starters — including its NFL-ready defensive line — from its historic 15-0 title season a year ago. "There can't be a drop-off," said Simmons, Clemson's leading tackler. "We won't allow it."

It will take more than sheer will for the Tigers to play as strongly on defense as they did last season. Three of its draft eligible linemen — ends Clelin Ferrell and Austin Bryant and tackle Christian Wilkins — all passed up the NFL to return for a final college season in 2018. Ferrell and Wilkins were AP All-Americans this season, combining for 17 sacks and 34.5 stops behind the line. Also gone is tackle Dexter Lawrence, championship game MVP in cornerback Trayvon Mullen and linebackers Tre Lamar and Kendall Joseph. Many of those players will hear their names called at the NFL draft later this month.

Clemson defensive coordinator Brent Venables acknowledged the oddness of not seeing those players on the practice field when workouts began in late February. Over the past five weeks, Venables has watched younger, less experienced players take ownership of the group — not shying away from the challenge of stepping into the voids left by their former teammates.

"There's a lot of things that give you a reasonable idea that we're going to continue to make progress," Venables said.

Clemson's defense was hampered this spring with injuries to a pair of projected starters in defensive tackles Nyles Pinckney and Jordan Williams . That's given Venables to chance to rotate a host of young talented players like Logan Cash, Logan Rudolph, K.J. Henry, Tyler Davis, Justin Foster and Xavier Kelly into the mix.

Expect most of Clemson's opposing offensive coordinators to be most fearful of Xavier Thomas, a lightning quick, 6-2, 260 pound end who was the fourth best prospect coming into college last year per ESPN. Thomas played in all 15 games, his 43 tackles ranking 12th on the Tigers.

Thomas' flashiest moment came against Syracuse last September when he drove past the offensive line and took down quarterback Eric Dungey with a blind-side tackle that had the packed house at Death Valley gasping.

He understands he's got to build on his debut season for Clemson to maintain its defensive dominance. Thomas talks with last year's starters often about his path forward.

"I have to step in and be a leader now that they are gone," Thomas said.

Clemson's past stars weren't fully gone. Most returned to the spring game Saturday and were presented with championship rings for winning a fourth-straight Atlantic Conference crown and their second national title in three seasons. Their rings for the 44-16 victory over Alabama are emblazoned with the national title trophy and the words, "Best Ever" as the sport's only 15-0 team in the modern era.

Clemson coach Dabo Swinney acted as emcee at halftime and dropped the microphone after telling his former players to open their ring boxes .

"They don't put championship rings on smooth hands," Swinney told crowd of 60,000. "You have to be willing to put the work in when the stands are empty."

The game was ragged at times as it looked like most projected starters including quarterback Trevor Lawrence played not to get hurt. Lawrence finished 19-of-34 passing for 232 yard with a 6-yard TD to Tee Higgins and a fourth-quarter interception by A.J. Terrell.

Thomas had a sack while linebacker James Skalski two tackles behind the line of scrimmage, including a sack. Freshman Sheridan Jones had a pick-6 interception with time winding down Clemson's White defense held Lawrence's Orange offense to fewer than 300 yards in White's 30-10 victory.

Linebacker Shaq Smith was happy to see his old teammates return. But the Tigers have turned the page on last year. "We don't want to dwell on the past," he said.

Not all went well for the Tigers this spring. Starting receiver Amari Rodgers tore an ACL and had surgery Friday. There is no timetable for his return. Swinney said he got a good report on the operation and Rodgers is fully focused on rehab and getting back on the field as soon as possible.