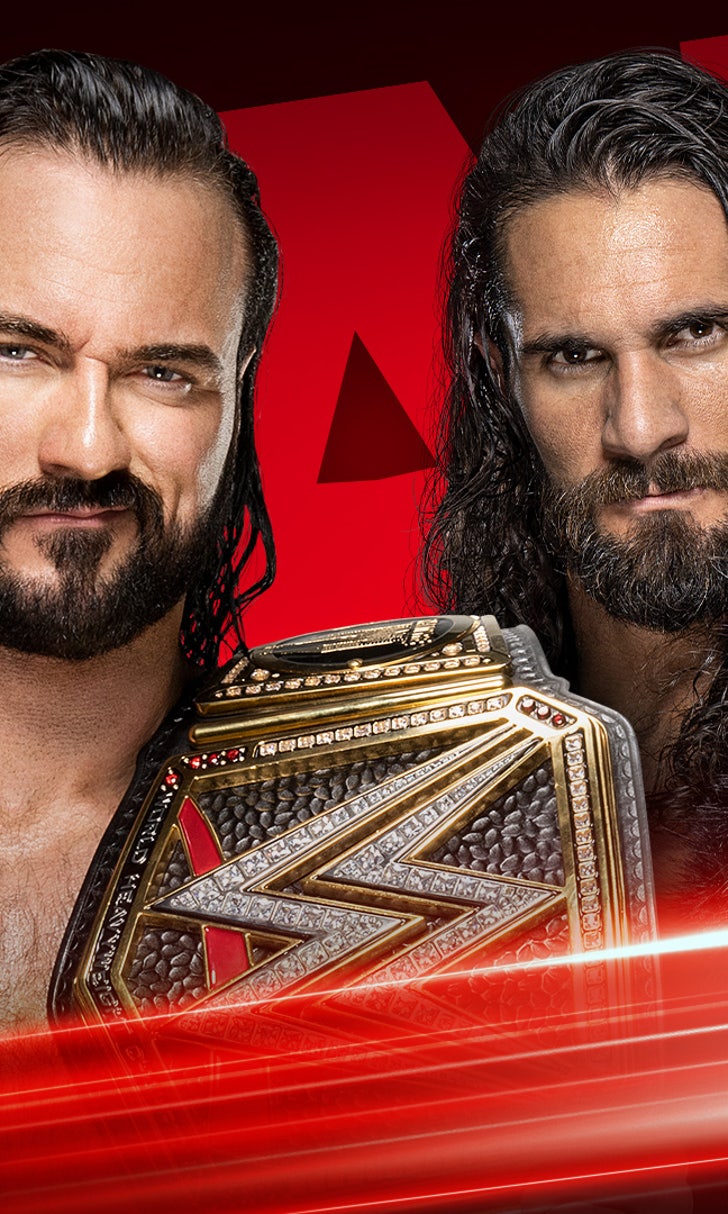 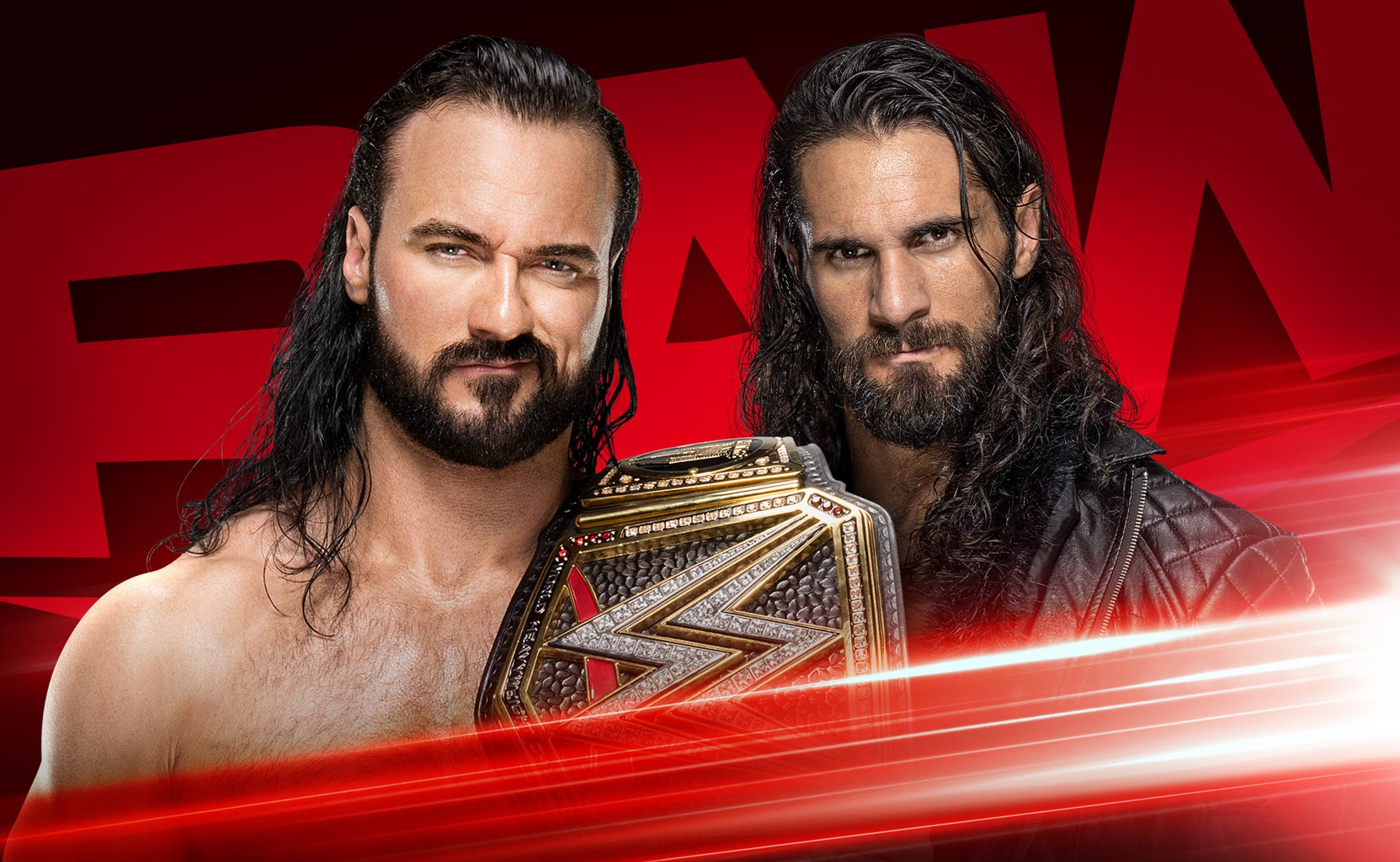 Zelina Vega and her crew thought they had the upper hand on WWE Champion Drew McIntyre, but The Scottish Psychopath showed why he is the top dog on the red brand as he prepares to battle Seth Rollins on Money in the Bank. Elsewhere, three Superstars punched their ticket to the Men’s Money in the Bank Ladder Match.

The Scottish Psychopath issued the challenge to The Monday Night Messiah, but soon found himself having to deal with a sneak attack from Andrade, but fought off the United States Champion with a pair of Claymore Kicks.

Aleister Black def. Austin Theory to qualify for the Men’s Money in the Bank Ladder Match

Though Theory had Zelina Vega shouting advice to him from the commentary table, it was not enough for the 23-year-old to end Aleister Black’s Money in the Bank hopes. The Dutch Destroyer felled Theory with a devastating Black Mass.

One week after viciously breaking Sarah Logan’s arm with a stomp, Shayna Baszler used the same method to pick up the win over NXT’s Indi Hartwell. However, the punishment did not stop at the bell. The Queen of Spades sandwiched Hartwell’s arm in a ladder and stomped it once again, sending a message to the rest of her Women’s Money in the Bank Ladder Match opponents.

The high-flying duo of Ricochet & Alexander bounced back after last week’s loss to The Viking Raiders, picking up the win after hitting Thorne with a Recoil and a Lumbar Check.

Kairi Sane had The Irresistible Force down to one knee in this rematch from last Monday, but it was not enough to keep Jax down. Nia recovered and crushed Sane with a Samoan Drop to get the three count.

Apollo Crews def. MVP to qualify for the Men’s Money in the Bank Ladder Match

The veteran MVP put the up-and-coming Apollo Crews to the test, but Crews prevailed, planting the former United States Champion into the mat with the Toss Powerbomb for the win and punching his ticket to the Men’s Money in the Bank Ladder Match.

Rey Mysterio def. Murphy to qualify for the Men’s Money in the Bank Ladder Match

The disciple of Seth Rollins thought youth would be his ticket to the Men’s Money in the Bank Ladder Match, but Rey Mysterio showed that experience was superior and defeated Murphy to earn his way WWE Money in the Bank

NXT’s Kayden Carter nearly pulled the upset off, catching The Queen off at several junctures, but Flair fought back and put Carter away with the Figure Eight. Now, the NXT Women’s Champion has her eye on Mia Yim. She may "swing by" the black-and-gold brand this Wednesday to see if The HBIC is around.

Tozawa was looking to capitalize on his victory in the Interim NXT Cruiserweight Title Tournament with a win over the United States Champion, but Andrade stopped his aggressive opponent with a Hammerlock DDT.

With The Street Profits singing her praises on commentary, Bianca Belair powered her way to victory with the KOD.

The WWE Champion took Garza out with a Claymore Kick, and then delivered the same fate to Austin Theory when Zelina Vega sent him after McIntyre.

How will Drew McIntyre respond to Seth Rollins’ attack? 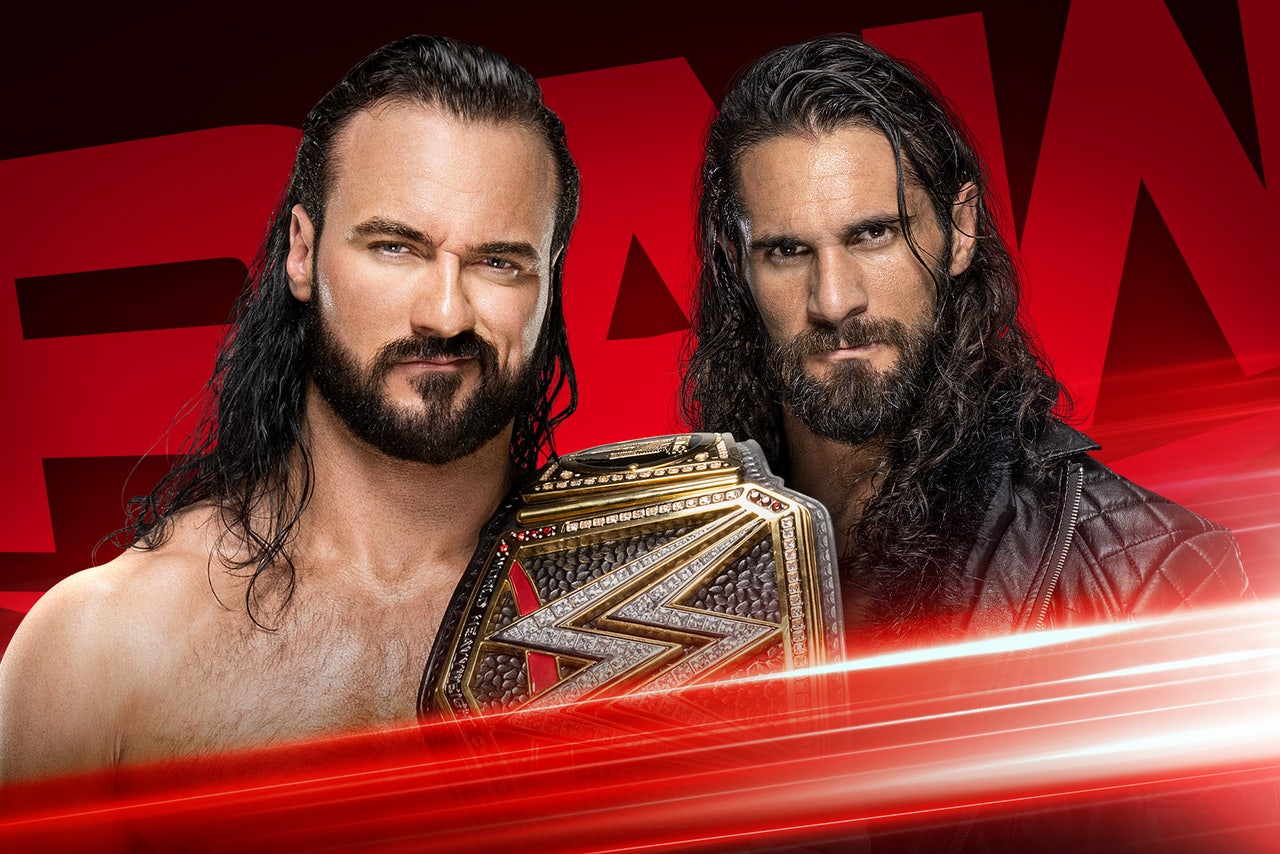 The Monday Night Messiah issued cryptic warnings, promising to “stomp out all doubt,” then followed through quite literally last week on Raw. Left vulnerable after a chop block by Angel Garza following his victory over Andrade, McIntyre felt the wrath of Rollins’ superkick and a devastating Stomp.

Rollins’ gaze lingered on the WWE Title, making his next mission clear without a word.

How will McIntyre respond to Rollins’ dastardly actions?

Mysterio and Murphy battle for a Money in the Bank berth 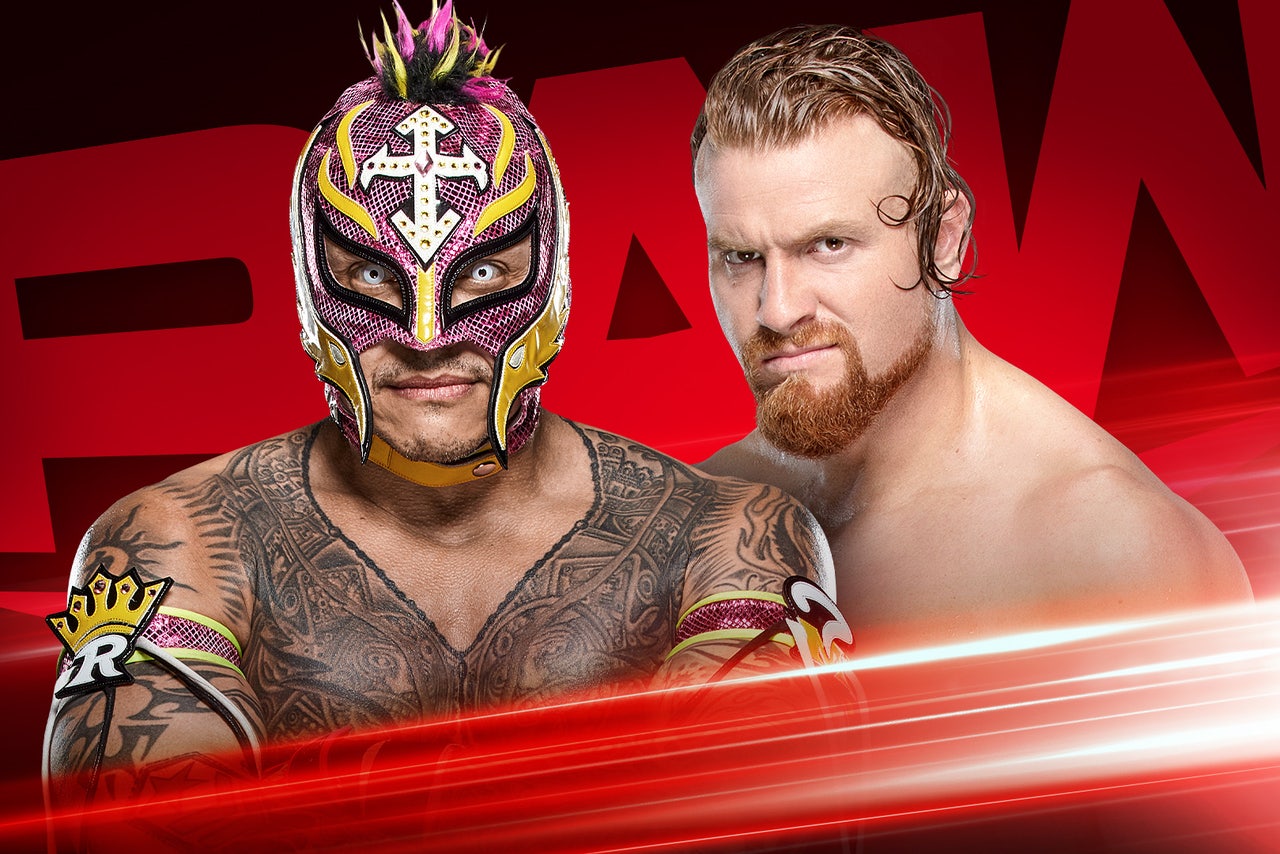 Murphy has turned his fortunes around since pledging his loyalty to Seth Rollins, but can he parlay it into a berth in the Money in the Bank Ladder Match? He’ll have to get by the legendary Rey Mysterio first.

The two will face off for the first time ever tonight on Raw with a potentially career-changing opportunity on the line. Will Murphy find his way into the high-stakes bout, or will The Master of the 619 compete for Money in the Bank for the first time in nine years?

Will Black or Theory find themselves one step closer to a title opportunity? 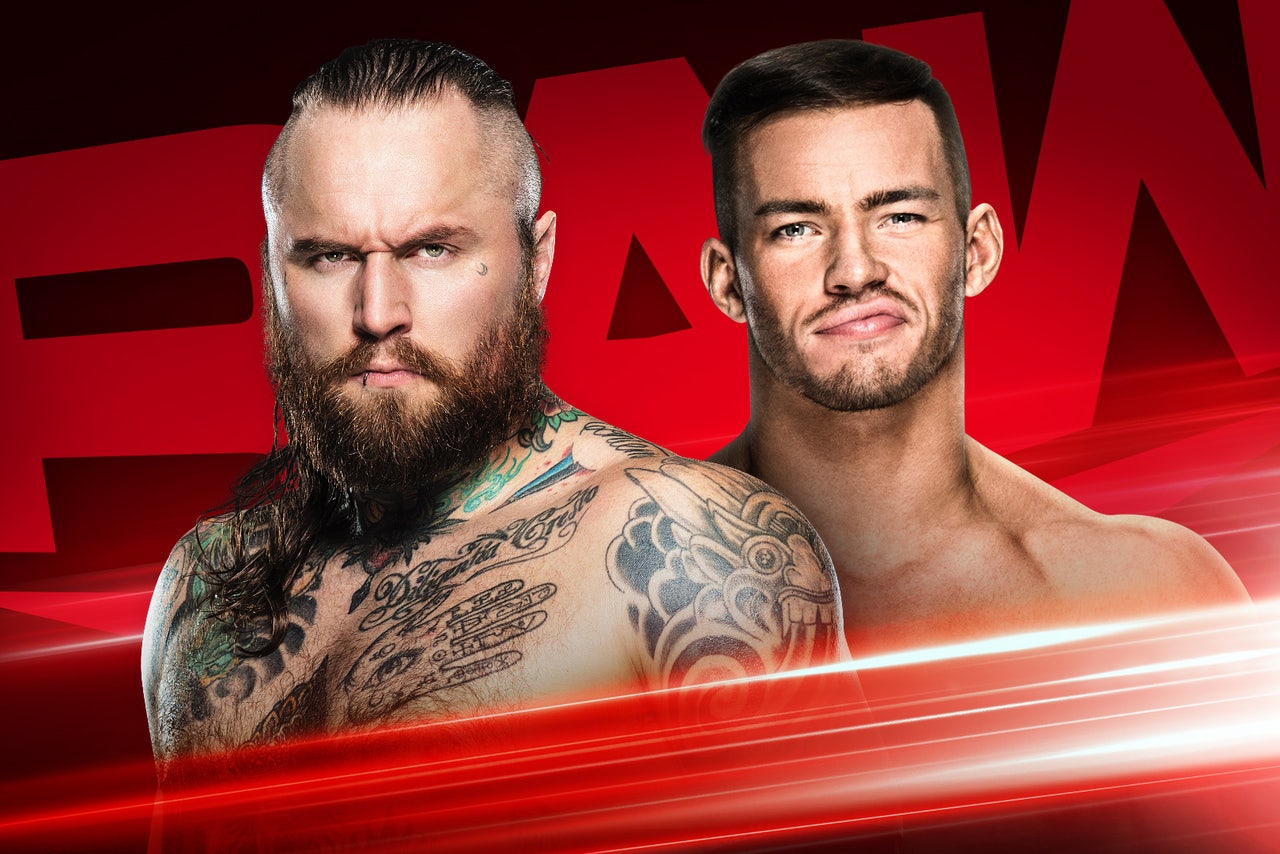 No one has been able to slow Aleister Black’s path of dominance since he came to Raw, but if anyone’s up to the task, it might be blue-chipper Austin Theory. The Dutch Destroyer will go one-on-one with Theory tonight on Raw for the first time ever in a Money in the Bank Qualifying Match.

All Day has surged onto the Monday night scene like a rocket since Zelina Vega brought him into the fold, while Black has been knocking foes’ lights out since joining Team Red last year. Which Superstar will prevail and compete in their first Money in the Bank Ladder Match?

Can Crews find his breakout moment against MVP? 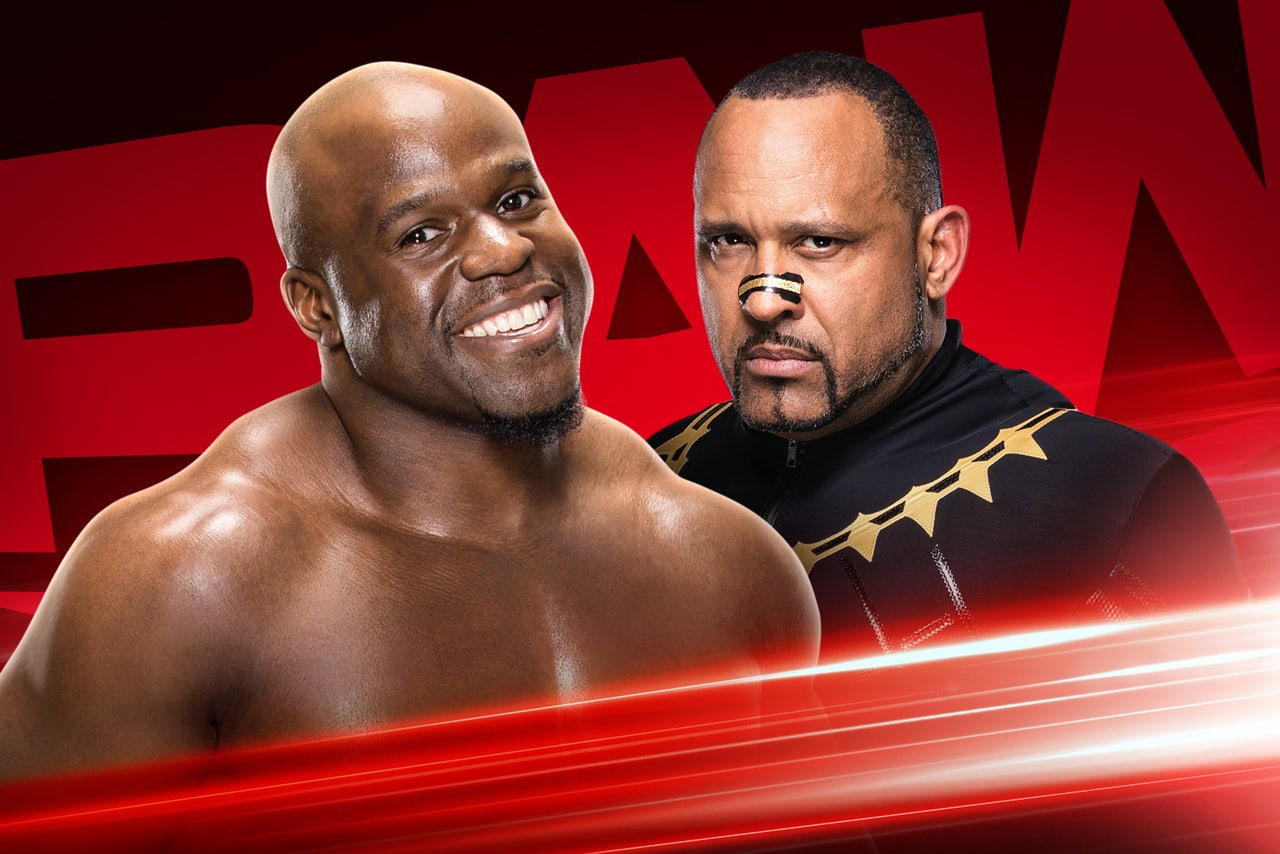 Often showcasing unbridled yet untapped potential since joining WWE, Apollo Crews is still seeking his breakout moment. Might the Money in the Bank Ladder Match be exactly the opportunity that allows Crews to take his game to the next level?

Conversely, MVP — a veteran of three Money in the Bank Matches — likely won’t show any mercy with a chance to use Crews as a steppingstone toward a career renaissance.

Watch Raw tonight at 8/7 C on USA Network to see if Crews can finally break through, or if MVP’s veteran savvy is too much for him to overcome. 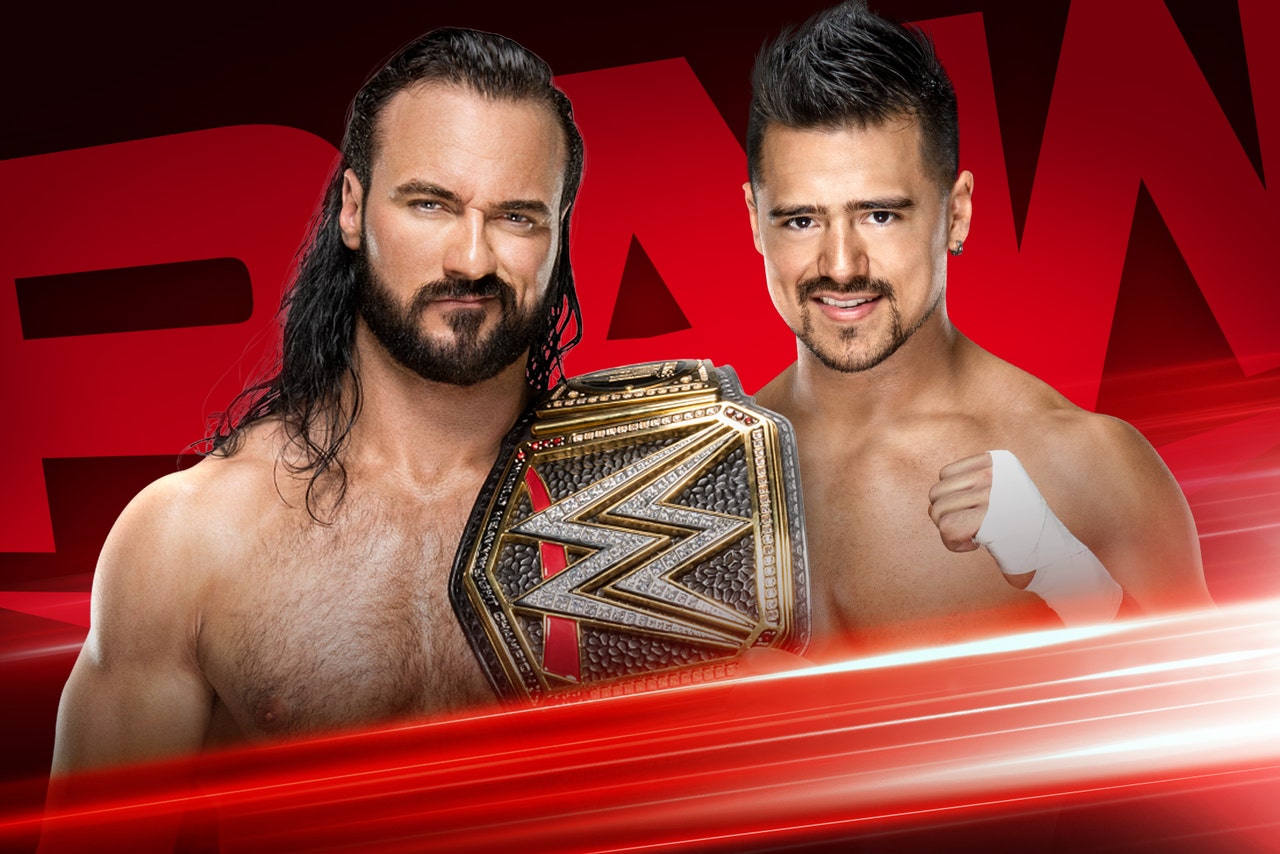 WWE Champion Drew McIntyre has found himself in the crosshairs of plenty of Superstars since dethroning Brock Lesnar at WrestleMania, but Zelina Vega and her cadre of hot prospects have had it out for The Scottish Psychopath in recent weeks.

McIntyre defeated United States Champion Andrade last week, before a post-match chop block from Angel Garza left him susceptible for a post-match attack by Seth Rollins. Tonight, the WWE Champion will have the chance to get a measure of payback on the lothario, as he goes one-on-one with Garza on Raw, starting at 8/7 C on USA.