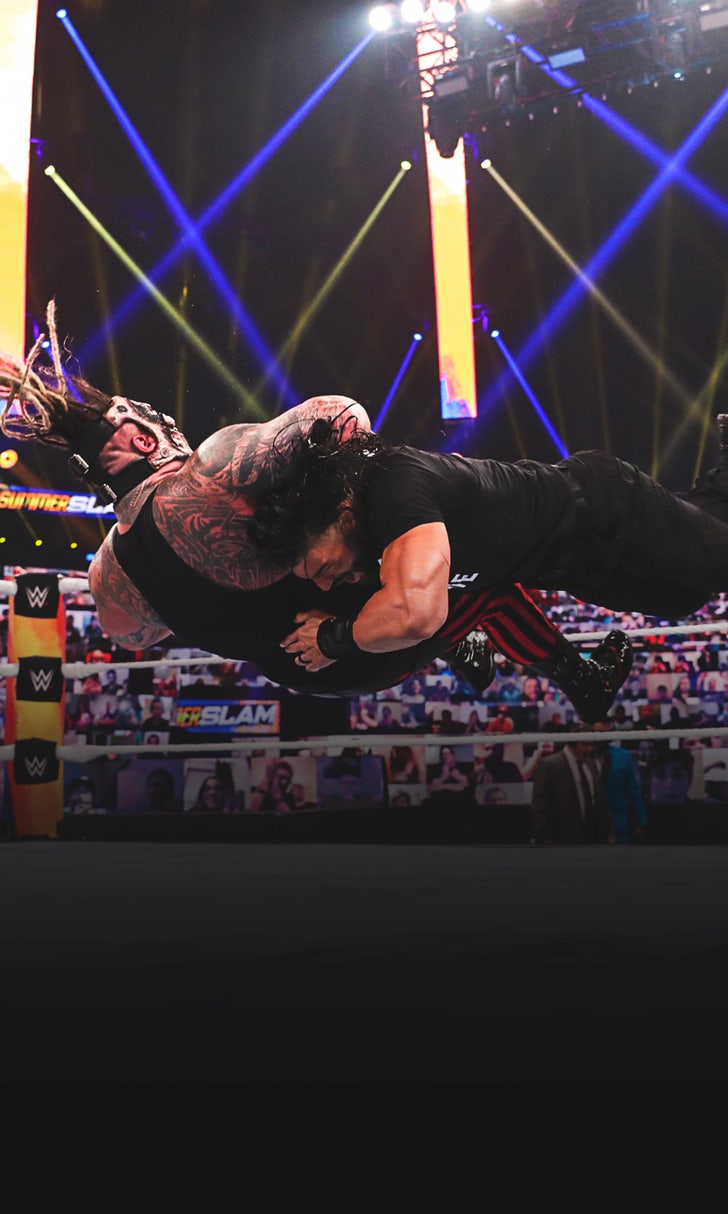 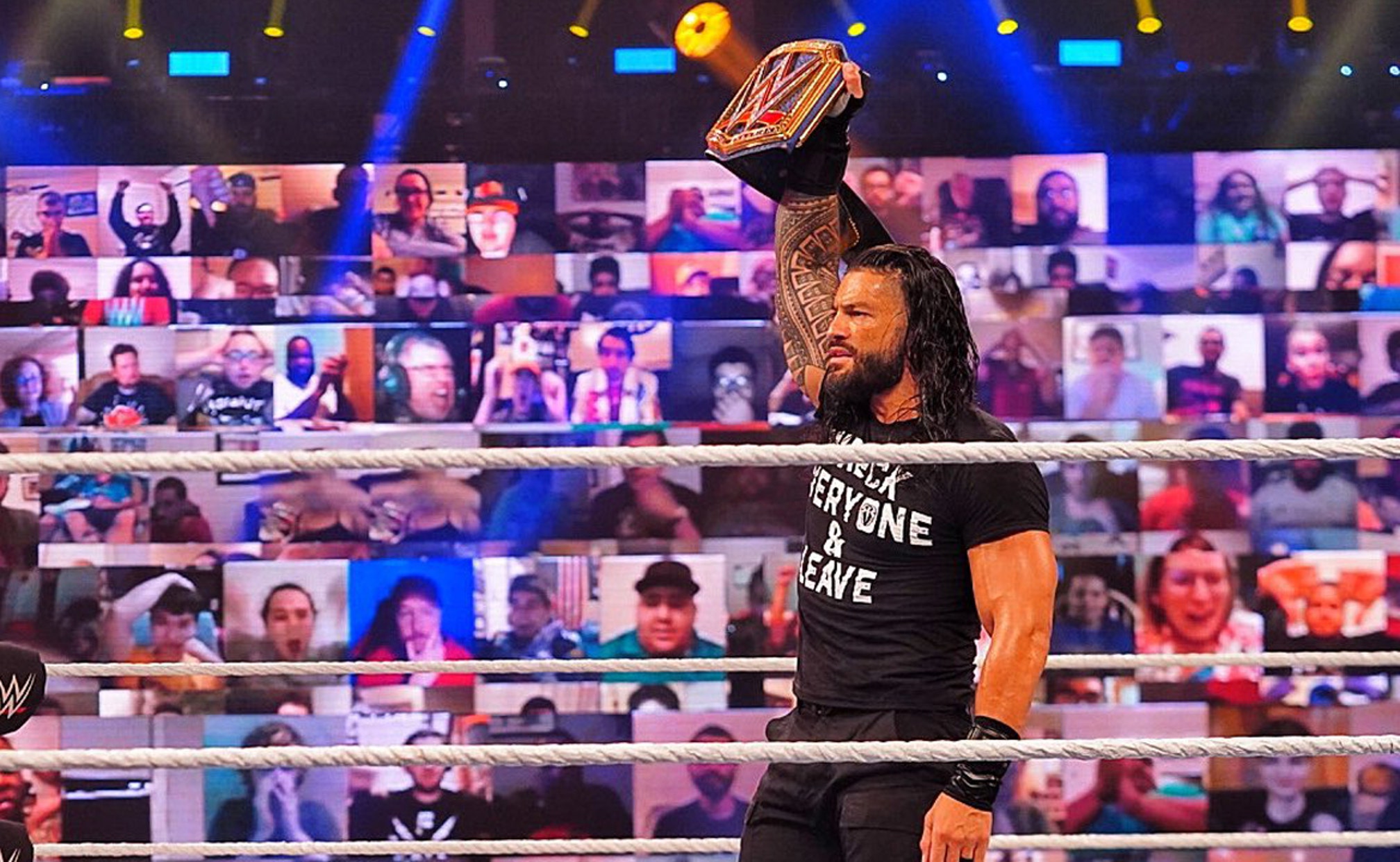 The Big Dog is back — and he has eyes set on the WWE Universal Championship.

Just moments after Bray Wyatt finished off Braun Strowman at SummerSlam, Roman Reigns made his long-awaited return with a brutal spear on the new champion.

Reigns followed up his ambush on Wyatt with a spear on Strowman outside the ring, before standing tall with the title in hand.

Reigns had been missing from in-ring action since shortly before WrestleMania, when he accepted a challenge from Goldberg for that same Universal Championship.

His absence prompted speculation that Reigns was not performing due to concerns about his health amid the COVID-19 pandemic; in October of 2018, he announced a recurrence of his leukemia, which then went into remission the following February.

However, Reigns clarified in a May interview with TMZ that his absence was actually due to newborn twin boys:

"They're 8 weeks old, so I had to make a decision for them. ... A lot of people think that it was based off of my heath and the history of my fight against leukemia.

"Talking to my doctors and stuff, I actually am fine and my immune system is good. The drugs that I take to fight the leukemia, they don't attack your immune system."

So enjoy your championship win, Bray Wyatt. And lick your wounds, Braun Strowman. It seems you both have a new, familiar challenger back on Friday Night SmackDown.

SmackDown Reactions: Family Business
Shorty G is no more, "Law and Otis" ruled, and Hell in a Cell has some heavy stakes. Ryan Satin details what went down Friday.
1 day ago

Big E Keeps It Real
From New Day's reaction to their split to being "more serious," Big E opens up to Ryan Satin as his singles run begins.
2 days ago

Raw Reactions: Confessions of a Hacker
Monday Night Raw tied up a major loose end, Ms. Bliss made her Fun House debut, and AJ Styles has a new, massive friend.
5 days ago