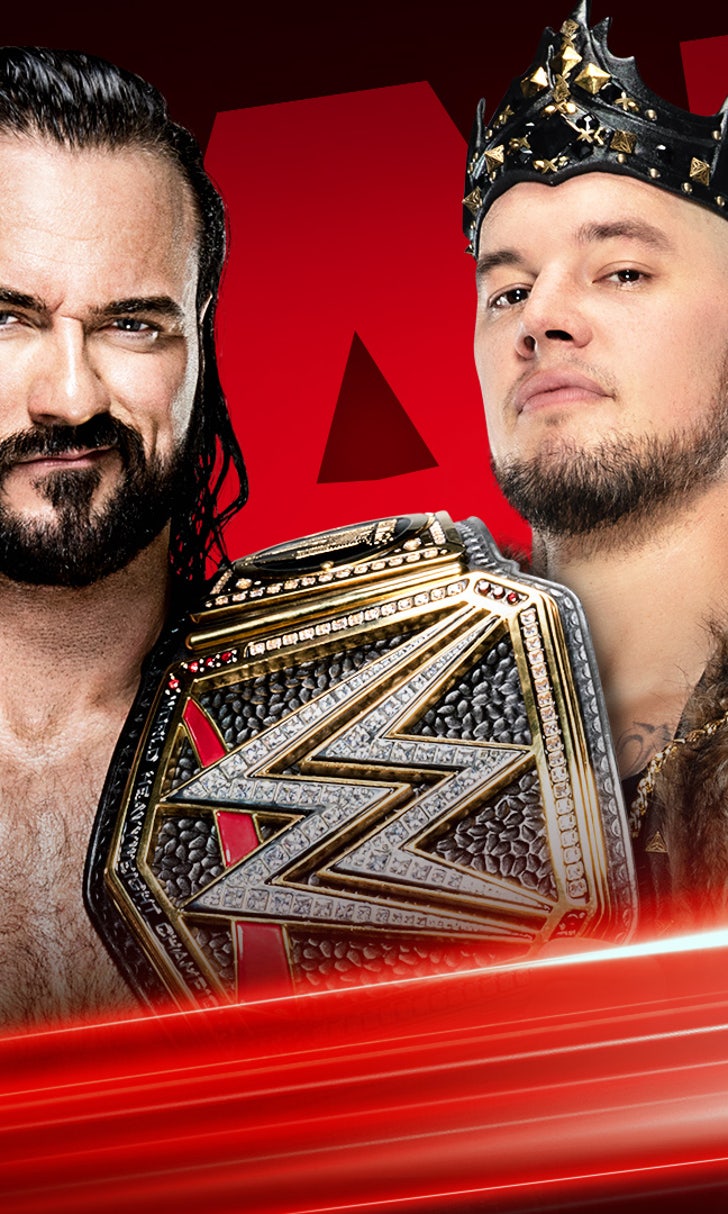 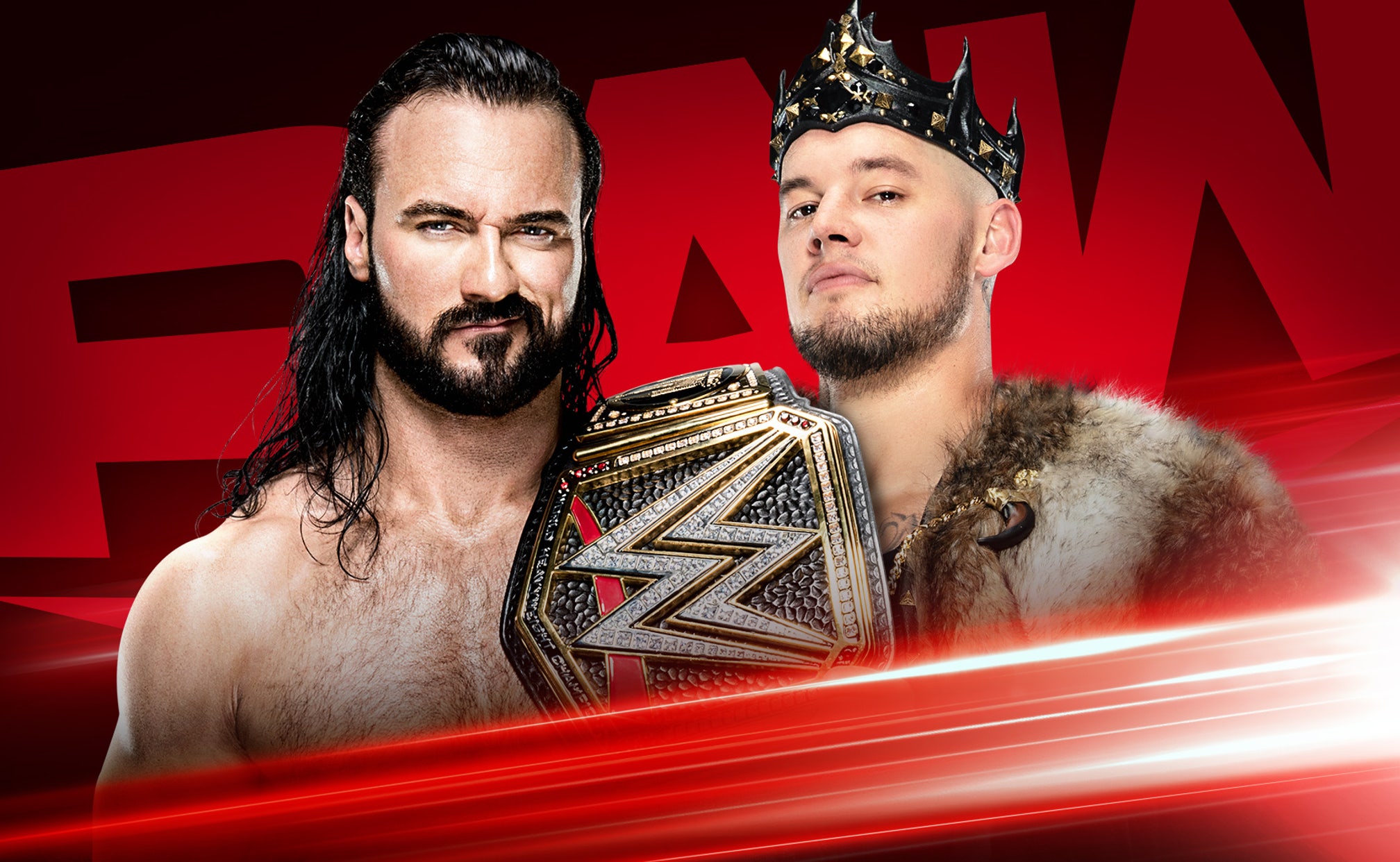 WWE Champion Drew McIntyre stood tall after a grueling battle with SmackDown’s King Corbin that kicked off the Brand-to-Brand Invitational, but he found out that another challenge is awaiting him. Elsewhere on the red brand, Seth Rollins seemingly found a new disciple, and Raw Women’s Champion Asuka came face to face with an irresistible force.

While Randy Orton claimed that he saw fear and doubt in Edge’s reaction to his challenge for a “straight-up wrestling match” at WWE Backlash, The Rated-R Superstar said that he had worked too hard for too long to get back to the ring to turn down a challenge. On Sunday, June 14 at WWE Backlash, it will be Edge vs. Orton in what could become The Greatest Wrestling Match Ever.

When Humberto Carrillo came to confront The Monday Night Messiah for his brutal attack one week ago on Rey Mysterio, Seth Rollins’ disciple Murphy stepped up to take on Carrillo, even though he had a match with Aleister Black scheduled for later in the night. With a helping hand from Rollins, Murphy put Carrillo down for the three-count with Murphy’s Law. But when Murphy refused to stop the attack after the bell, Black rushed to the ring to start the fisticuffs a little early with Murphy. Rollins’ disciple ducked a Black Mass and escaped, opting to save himself for their upcoming match.

Just days before her Champion vs. Champion Match with SmackDown Women’s Champion Bayley on SmackDown, NXT Women’s Champion Charlotte Flair continued to show why she’s quite possibly the hardest-working Superstar in WWE. The Queen took on Ruby Riott, who put in an impressive performance but had to tap out once Flair locked in the Figure-Eight.

Kairi Sane threw a huge party for her tag team partner, Ms. Money in the Bank and the new Raw Women’s Champion, Asuka. It was a joyous occasion, with balloons, flowers and even a recorder solo from Sane, all in honor of Asuka becoming a Grand Slam champion. However, Nia Jax soon arrived to stake her claim to a title opportunity. But when Jax tried to intimidate the champion, Asuka showed she won’t be backing down, sending The Irresistible Force crashing to the floor with a flying hip attack.

The All Mighty was not in the mood for any of R-Truth or Pretty Ricky’s antics. Lashley caught Truth and smashed him into the ring post, then manhandled R-Truth on his way to a submission victory with his devastating Full Nelson. Seemingly impressed with Lashley’s aggression, MVP arrived after the match to applaud The All Mighty

Billie Kay & Peyton Royce were out to capitalize on their big win over the champions last week. However, Royce, the illegal woman in the bout, repeatedly threw Bliss into the ring post, leaving the official with no choice but to disqualify Kay & Royce, ending their dreams of a second reign.

After last week’s loss to The Queen of Spades, Natalya wanted this Submission Match to show that the Sharpshooter is the superior submission hold. However, Baszler fought her way out of the hold and locked on the Kirifuda Clutch, leaving Natalya with no choice but to tap out. A second loss in as many weeks left Natalya disappointed and ready to unleash her anger on the set of “The Kevin Owens Show.”

While Zelina Vega and her crew have some dissention in the ranks, Kevin Owens had a surprise that made things even worse: the return of Apollo Crews, who went right after United States Champion Andrade. In the ensuing tag team match, Crews bulldozed through Angel Garza to pick up the victory. After the bell, Andrade & Garza took out their frustrations on Austin Theory, seemingly kicking him out of Vega’s group.

The Dutch Destroyer was out for retribution on Murphy, but the match came to a premature conclusion when Austin Theory interfered at the behest of Seth Rollins. The Monday Night Messiah was transfixed with Theory as he recovered from the attack by Andrade & Garza, then extended his hand to the 22-year-old. Theory hit Black with the ATL, then embraced The Monday Night Messiah. Has Rollins found another disciple?

The Viking Raiders def. The Street Profits in an Axe Throwing Competition

The Street Profits seemed completely out of their element at first, as nearly all of their axes missed the target, giving The Viking Raiders the win. However, Montez Ford made the most of his final axe, hitting the bullseye, and Angelo Dawkins connected with a stunning no-look overhead toss as the police arrived to break up the fun.

Before this inter-brand match could even begin, Bobby Lashley & MVP arrived, with The All Mighty putting the WWE Champion on notice.

Despite the potential for Lashley & MVP to distract him, McIntyre absorbed everything King Corbin threw at him and fought back. The WWE Champion showed why he is the titleholder and not a “follower,” as Corbin claimed, putting the King of the Ring down with a thunderous Claymore. The WWE Champion stood tall at the end of the night, seemingly ready for the challenge that awaits him in the form of Bobby Lashley. 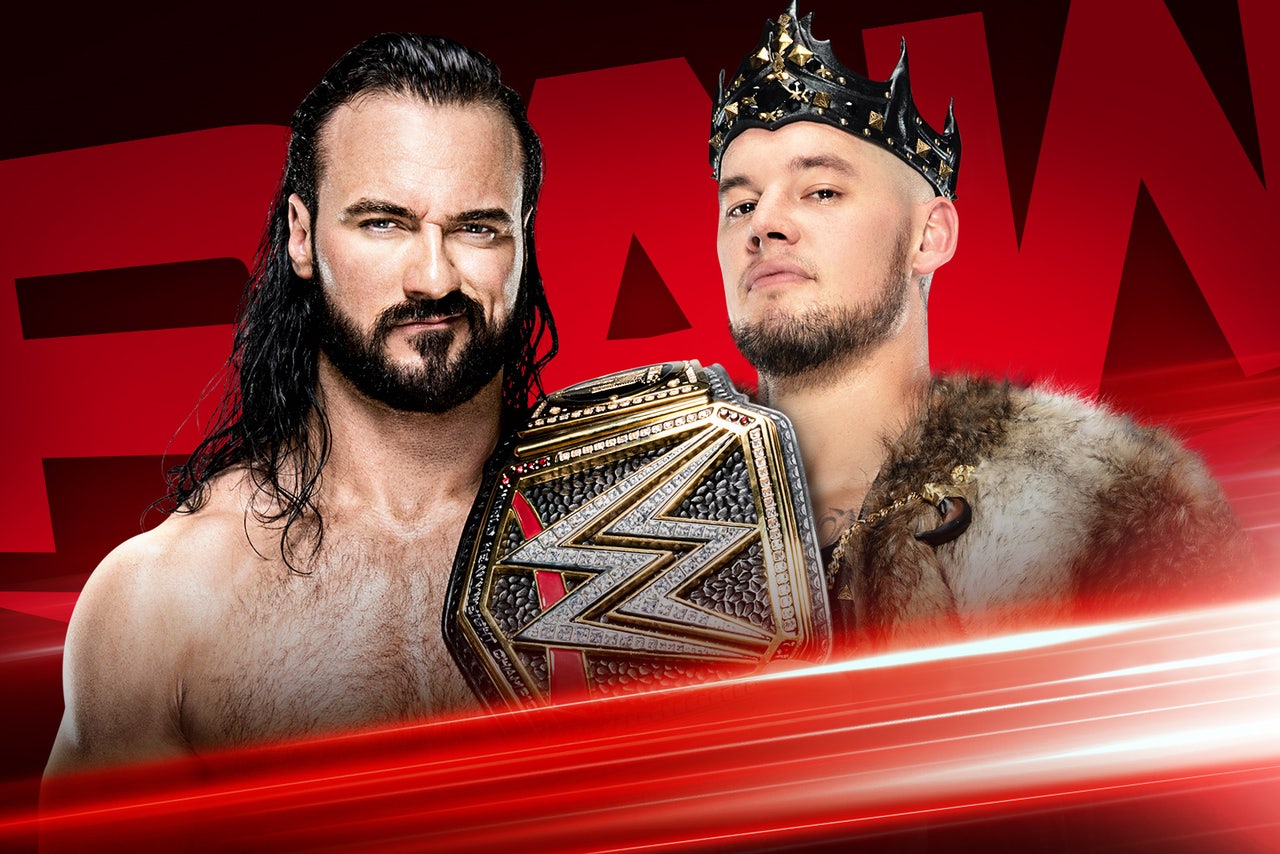 As part of the brand-to-brand invitational, The King of The Ring is coming to Raw to make an example of Drew McIntyre.

King Corbin announced his intentions of putting the WWE Champion in his place last Monday, while McIntyre urged the WWE Universe to tune in, as he has a Claymore fit for a king.

Who will stand tall during this inter-brand showdown? Find out tonight at 8/7 C on USA Network!

Now, The IIconics will get their chance at reclaiming the titles tonight. Can Bliss & Cross fend off their challengers, or will Kay & Royce make Mondays IIconic with a championship win? 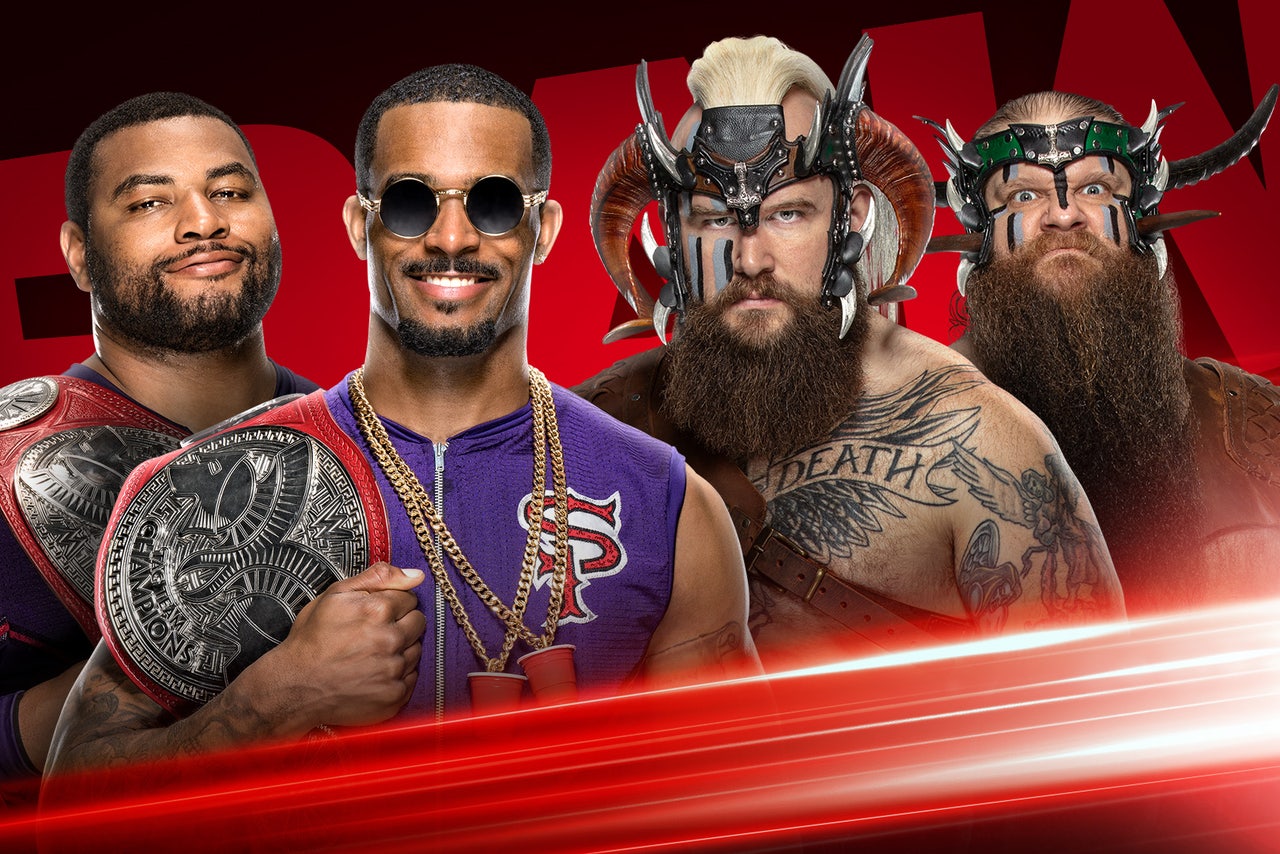 After squaring off on the hardwood, The Street Profits and The Viking Raiders will take their talents to a much different arena: axe throwing.

Raw Tag Team Champions Montez Ford & Angelo Dawkins will again face off with Erik & Ivar on Raw tonight — but this time in an axe-throwing contest.

The Street Profits claimed a lopsided 74-2 victory last week in basketball, though The Viking Raiders may have played possum the entire time as Ivar showed off some impressive skills afterward.

Which team will one-up the other this time around?