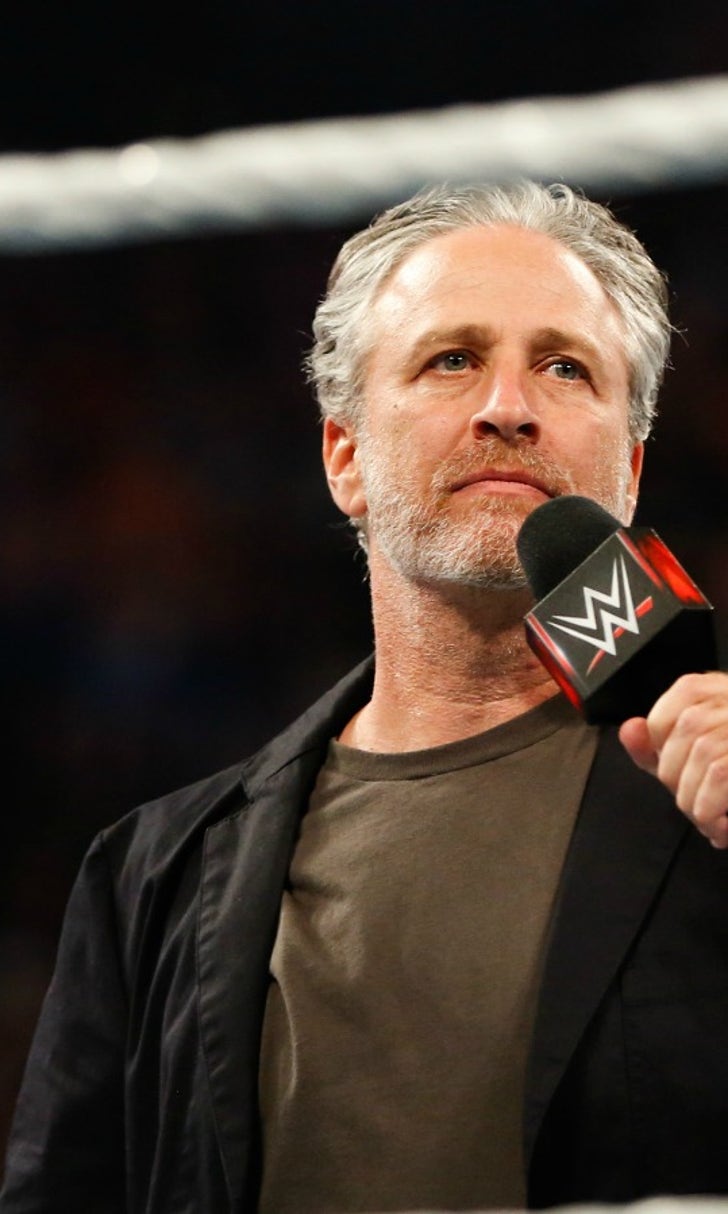 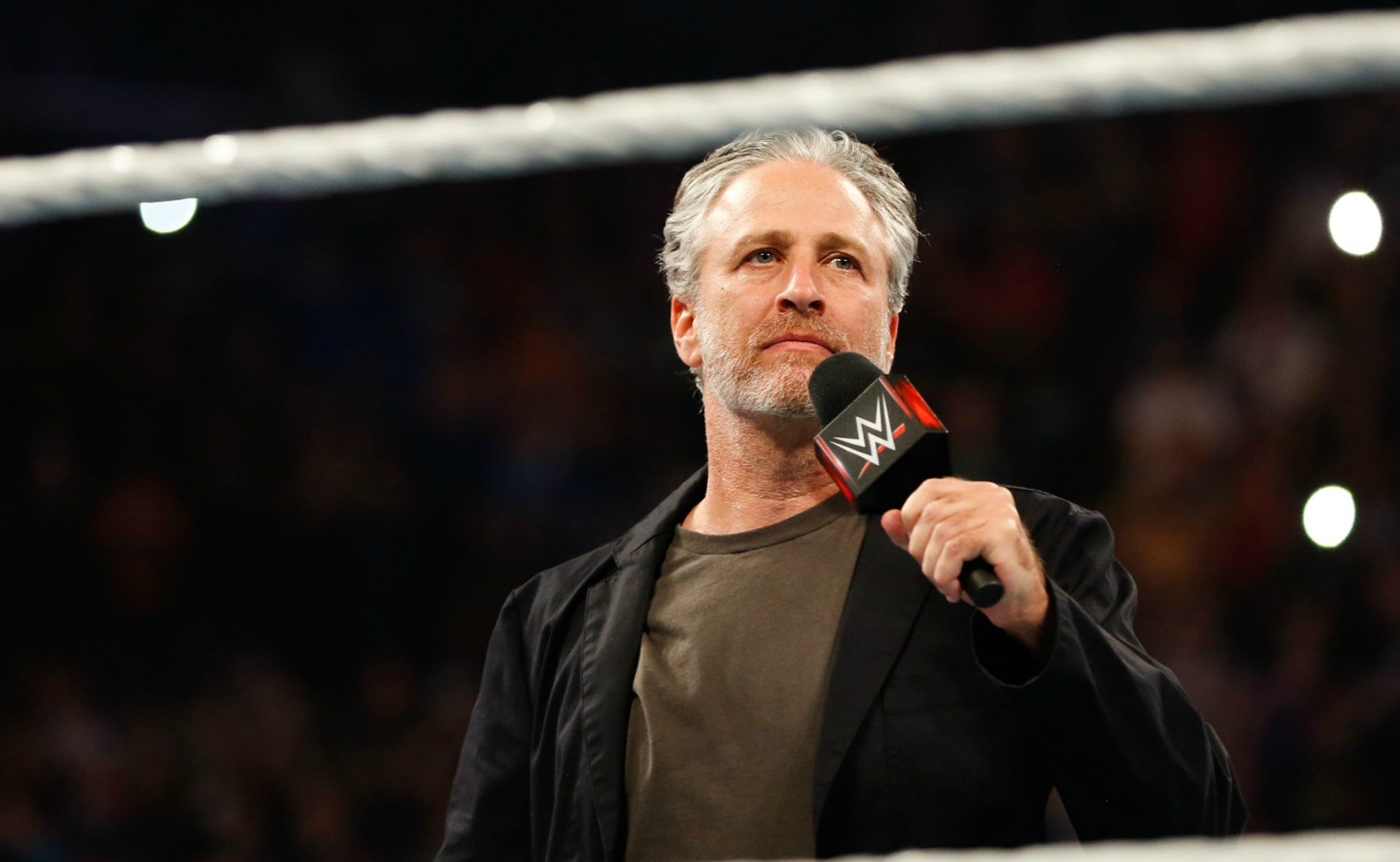 Jon Stewart paves the way for The New Day at SummerSlam 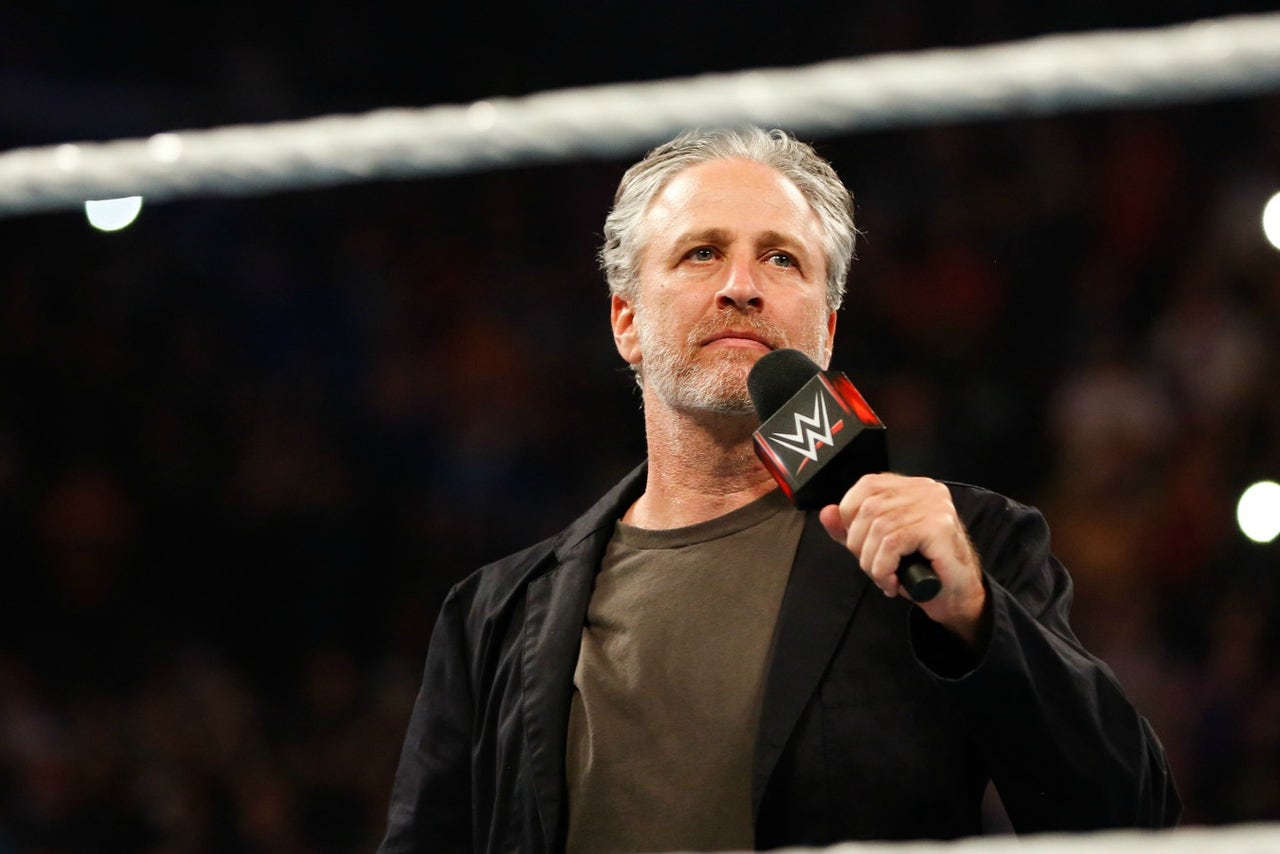 WWE SummerSlam should be renamed the Jon Stewart Show II.

The former talk-show host again played a role in a match at the WWE's summer spectacular on Sunday in Brooklyn's Barclays Center.

It appeared the year-long reign of The New Day was set to end before Stewart saved the day against Gallows and Anderson. Sort of.

Stewart was about to take a beating from the devilish duo when Big E ran in and hit Gallows with a suplex.

The champs were disqualified but the crowd was thrilled.

That led to a celebration by Stewart and The New Day.

A year ago Stewart's feud with Seth Rollins came to a head in the same venue. However, that evening Stewart "turned heel" and hit John Cena with a chair leading to Rollins winning the U.S. championship.
Remember?

The year-long title reign of #TheNewDay continues, and #JonStewart is lovin' it! #SummerSlam pic.twitter.com/PybUxxVKqT