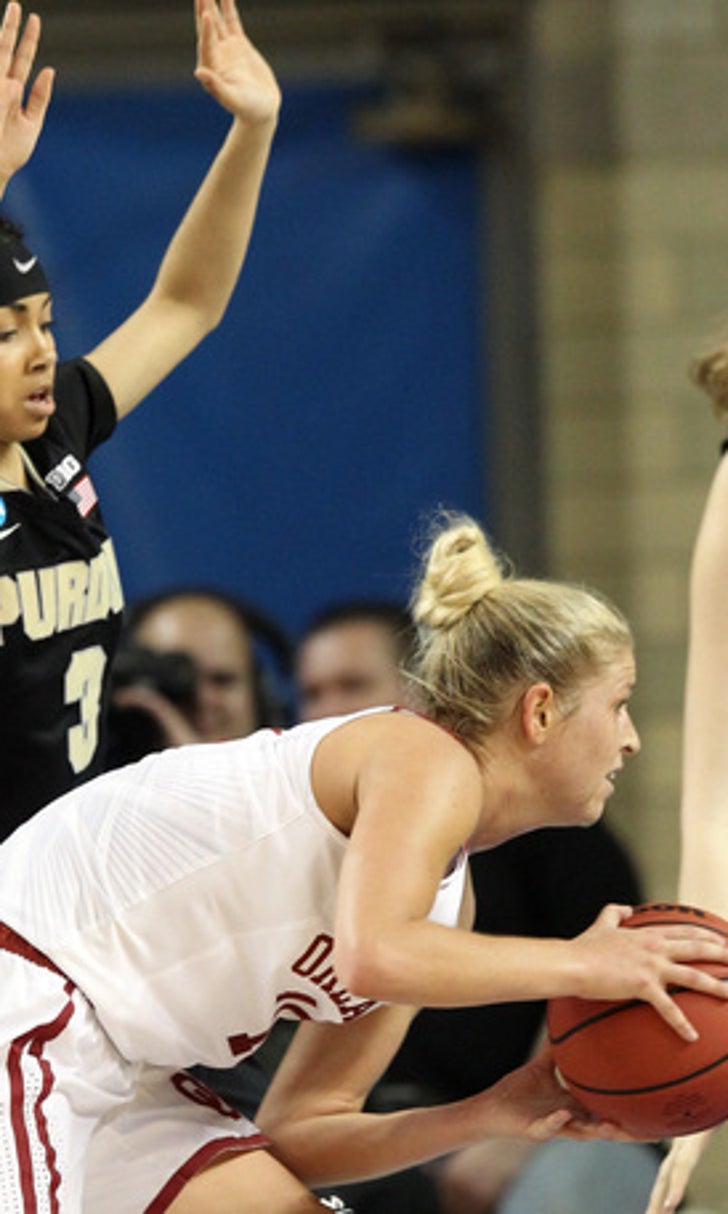 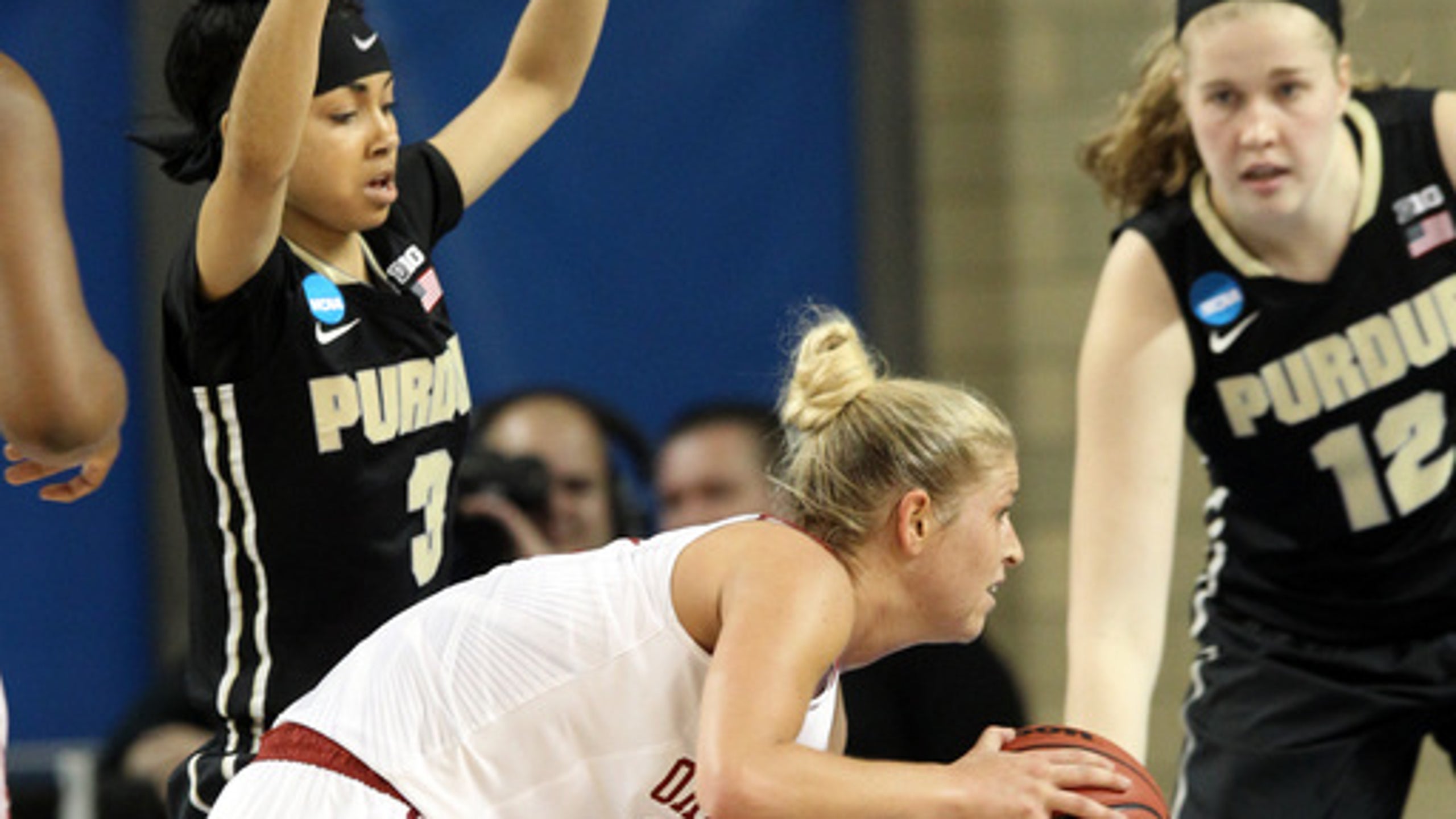 No. 3 Kentucky, No. 6 Oklahoma aim to keep up the good work 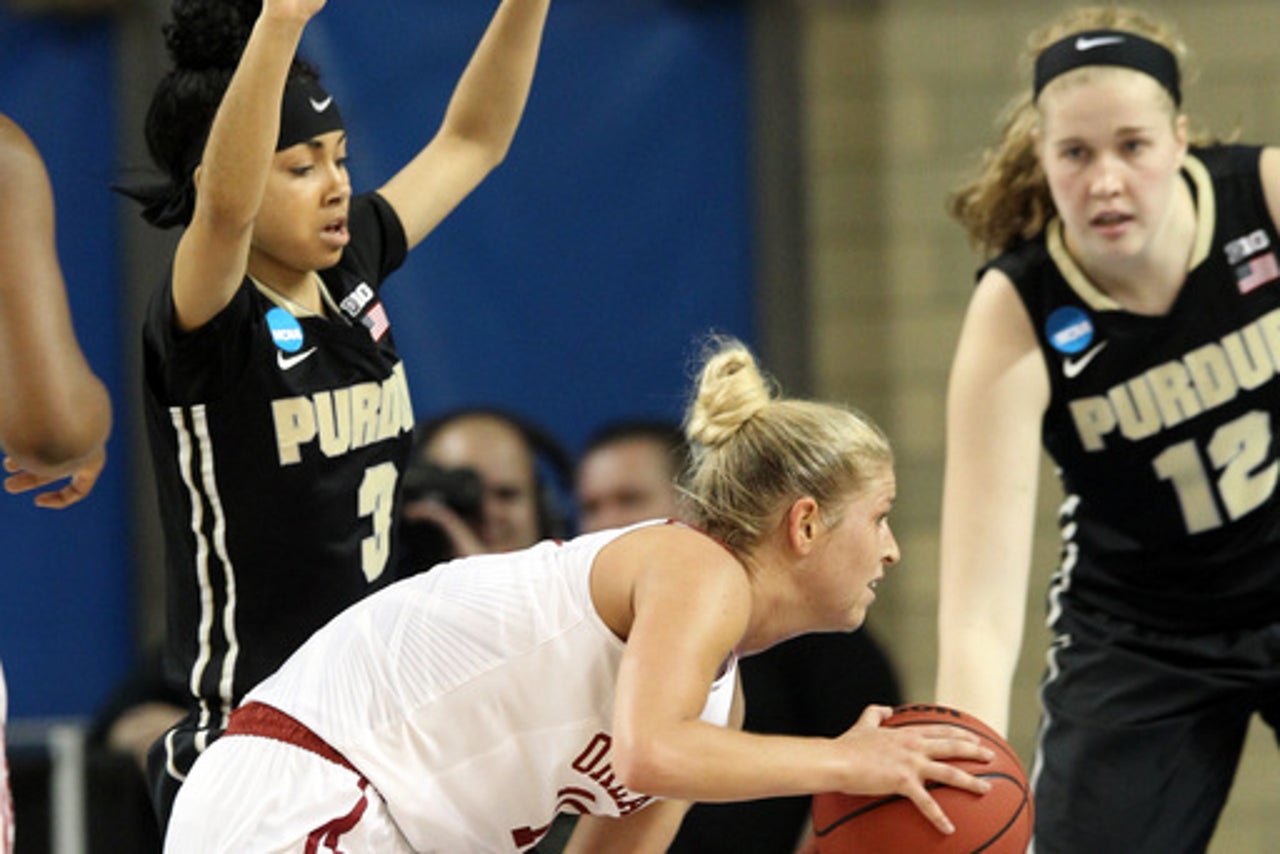 LEXINGTON, Ky. (AP) Good as it was for Oklahoma and Kentucky in their respective NCAA Tournament openers, both schools seek improvement in order to reach the Sweet 16.

The sixth-seeded Sooners recorded a school-record 13 blocks in their first-round defeat of Purdue. The No. 3 seed Wildcats pounded UNC Asheville 85-31 for their most lopsided tournament win in school history.

Life gets tougher in Monday's second round, and Oklahoma (22-10) aims to slow down Kentucky. The host Wildcats (24-7) seek improved defense, which is saying something after they established program tournament lows for points allowed and shooting percentage in their opener.

''They're big and they're strong,'' Coale said Sunday of the Wildcats, going as far to compare some players' arms to NFL star rusher Adrian Peterson, a former Sooner.

''They jump. They're fast. They've got guys who can shoot it on the perimeter and post guys who can use their explosiveness to get to the rim if they can't go over you. ... I'm telling you, some strong, athletic young girls.''

Coale was referring to a newspaper photo of Kentucky junior Evelyn Akhator contesting a shot with a sinewy right arm. Kentucky coach Matthew Mitchell even joked about wanting an arm like that himself, and loved the compliment about their athleticism.

His goal is getting the Wildcats to flex their muscles defending the Sooners.

''For us, it's all about our defense,'' said Mitchell, whose team held the Bulldogs to 21 percent shooting. ''We had so many physical advantages over Asheville, where we did not pay for our mistakes that we will pay for tomorrow if we make the same mistakes. It's all about trying to sharpen our defense.''

Both schools seek a return to the Sweet 16 after second-round exits last season. Oklahoma's goal is rebounding the ball as well as it blocked it against Purdue.

The Sooners ranked last in the Big 12 Conference in blocks this season, which makes Saturday's performance more impressive. And after finishing even with Purdue at 39 boards each, those swats came in handy in establishing post presence. Against a Kentucky team that gives little ground at home, asserting itself in the post is even more important.

''It's just making sure we're blocking out to just meet them on rebounds,'' Sooners senior forward Kaylon Williams said.

Oklahoma: Junior guards Peyton Little and Maddie Manning combined for 32 points against Purdue, but Little's early 3-pointer sparked the Sooners' run that helped them pull away from the Boilermakers. Coale described such perimeter shots as a ''deep, cleansing breath'' for the offense, and both players believe they'll have to keep making them against Kentucky. ''We have a huge post presence,'' Manning said, ''so if we're hitting outside shots it's harder to play us both inside and outside.''

Kentucky: The Wildcats won last season's matchup 92-88 in overtime in the U.S. Virgin Islands to even the series 1-1. Makayla Epps scored a game-high 29 points then and stressed that they have to keep pushing the pace and communicating. ''When that happens for us, we're a really good ball club,'' said Epps, who had 24 points on Saturday.