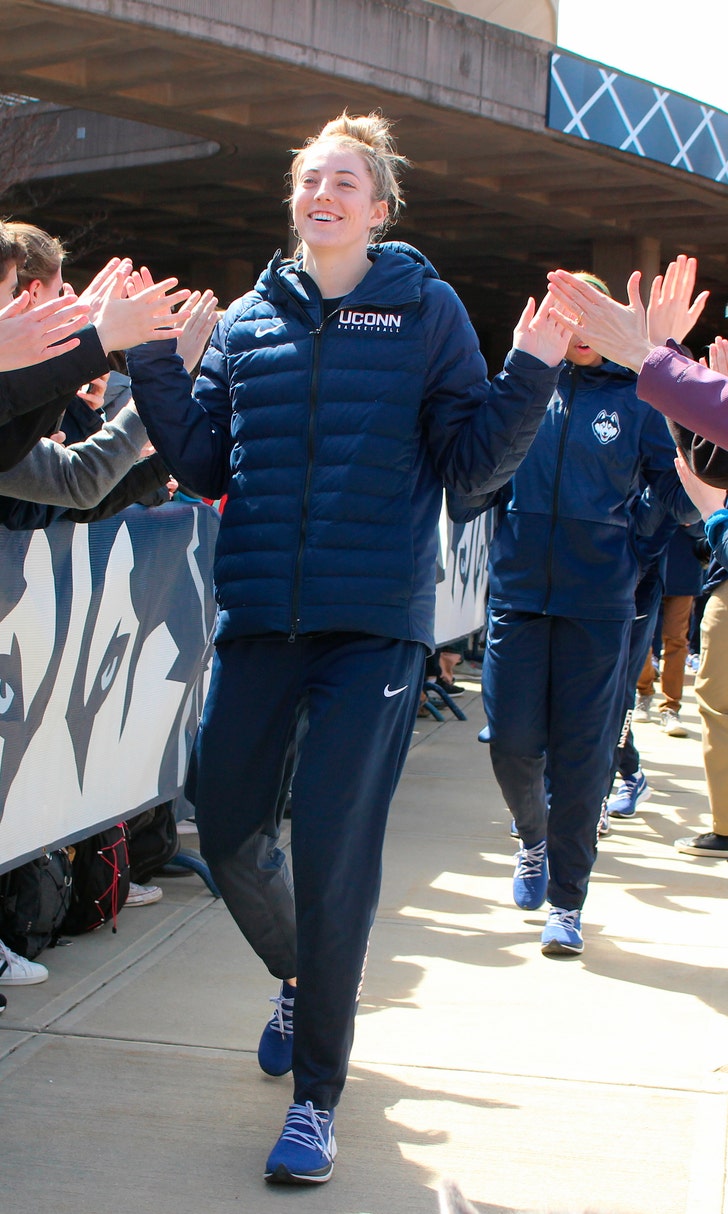 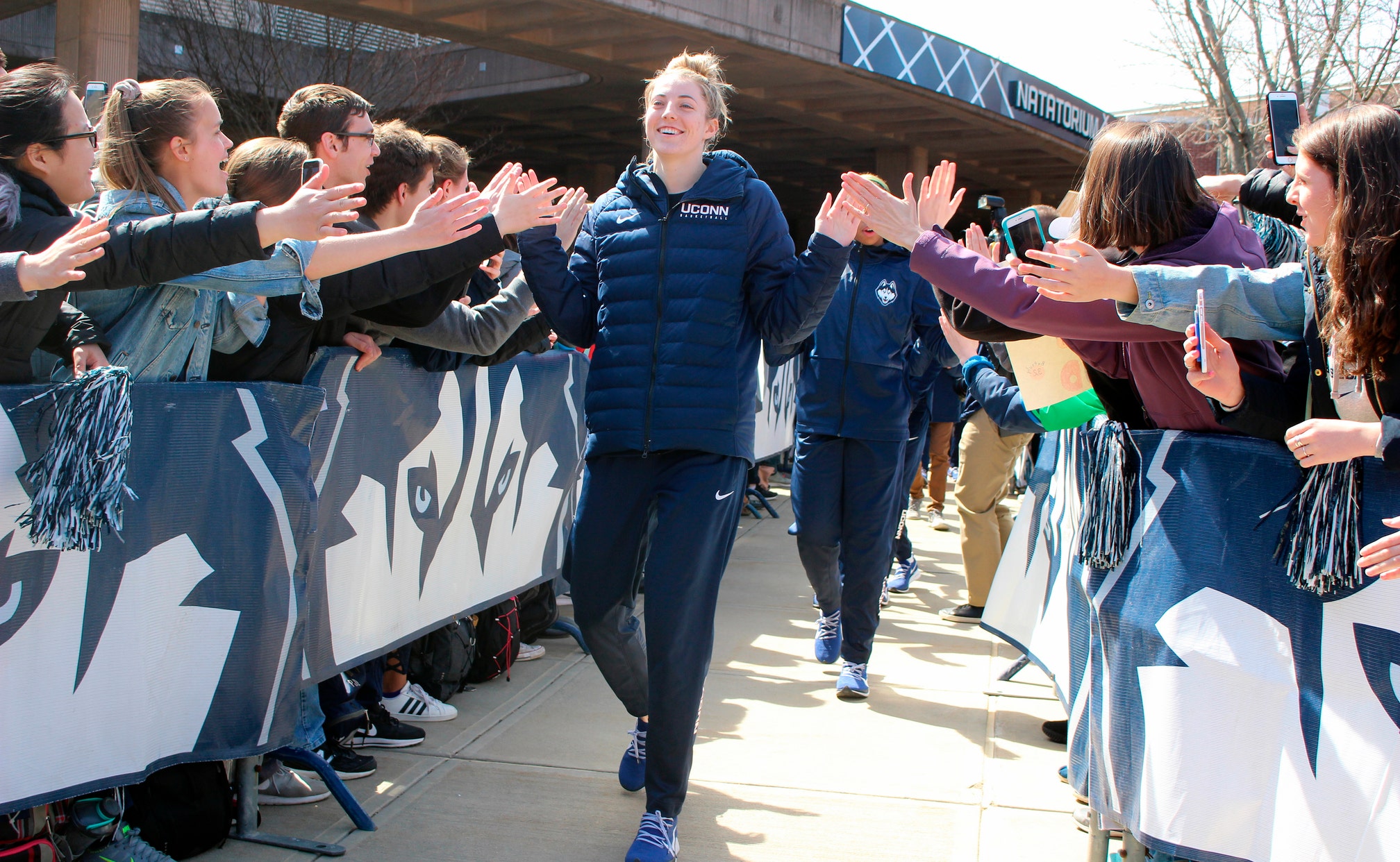 STORRS, Conn. (AP) — UConn coach Geno Auriemma is a bit bemused by what seems like a renewed sense of enthusiasm in the Huskies fan base.

Hundreds of supporters, some lined up three or four deep behind barriers, waited almost an hour outside Gampel Pavilion on Tuesday to cheer the team as it headed out to the program's record 20th Final Four.

Christine Kipp, 42, of Dayville, Connecticut, brought her three children to the rally. She said it's been the most exciting UConn women's basketball season in years.

"We're so used having a blowout all the time, winning by 30 or 40 points," she said. "So this year, when we've actually had a few nail biters, I think everyone's been kind of on the edge of their seats."

The Huskies are making a 12th straight trip to the national semifinals. They're aiming to extend another record by winning a 12th national championship and first since winning their fourth straight in 2016.

But this season hasn't been as easy as some. UConn (35-2) lost two regular-season games for the first time since 2012-13, trailed in several others games and got a No. 2 seed in its regional. That hasn't happened since 2006.

"I'm thrilled that there's this feeling of joy because these accomplishments are meant to be celebrated," Auriemma said. "I do think our fan base has become spoiled. I do think they've lost sense of reality. Hopefully, this year they realize this is really hard."

The Irish beat the Huskies 91-89 in last year's Final Four on a dramatic buzzer-beater in overtime and went on to win their second title. UConn won a regular-season rematch, 89-71, in December in South Bend, Indiana.

The programs have played six times in the Final Four since 2011, splitting the meetings.

Bill Salvatore, 70, of Vernon, was in the stands for last year's loss. He'll watch from his couch this year, but came out to let the Huskies know the fans will be with them win or lose.

"People complained for years about the blowouts," he said. "Now they're not getting the blowouts and they're still complaining. Stop complaining. This team gives you a few more heart palpitations. I do a little more pacing in the family room than I used to. But we're still OK. We're still good."