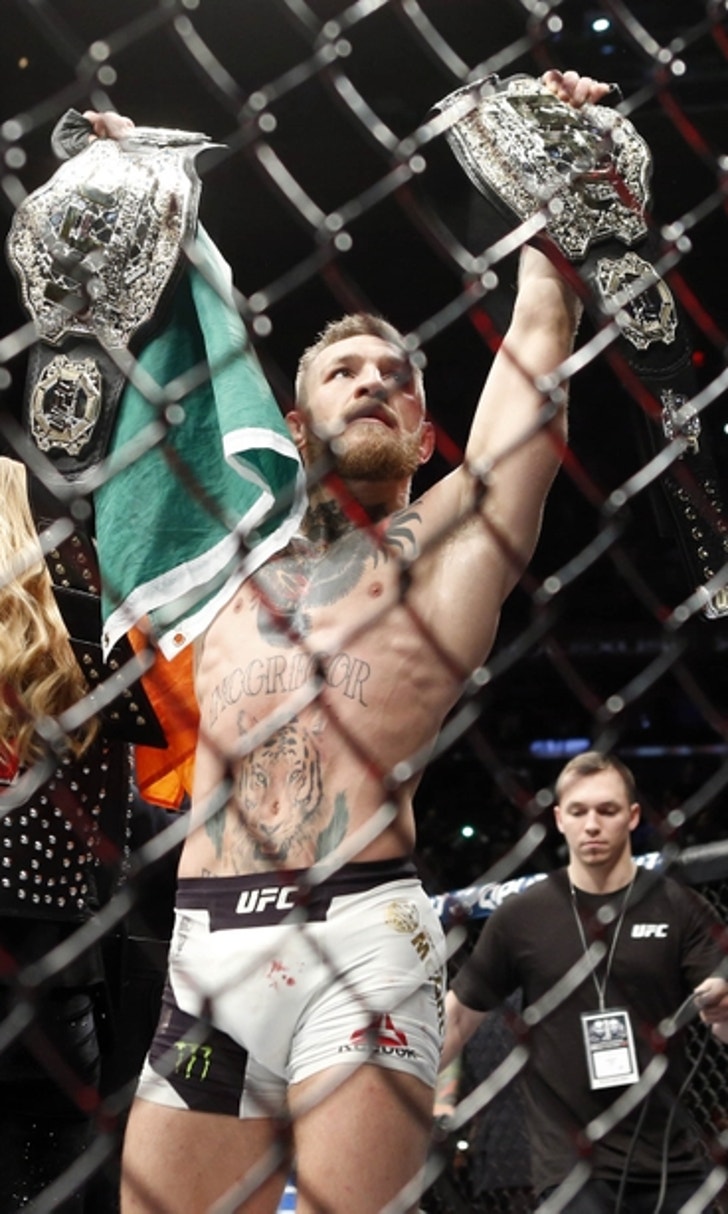 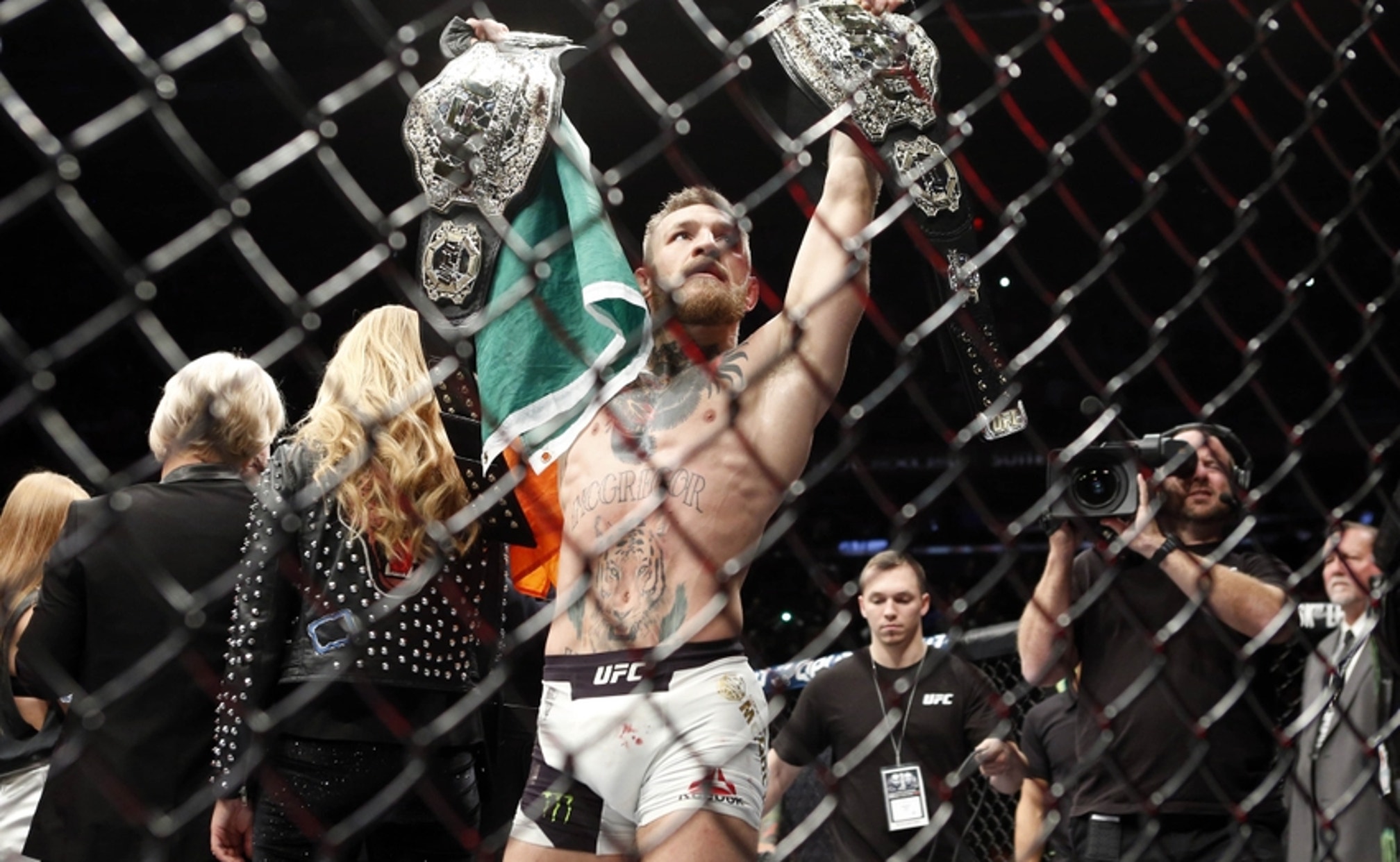 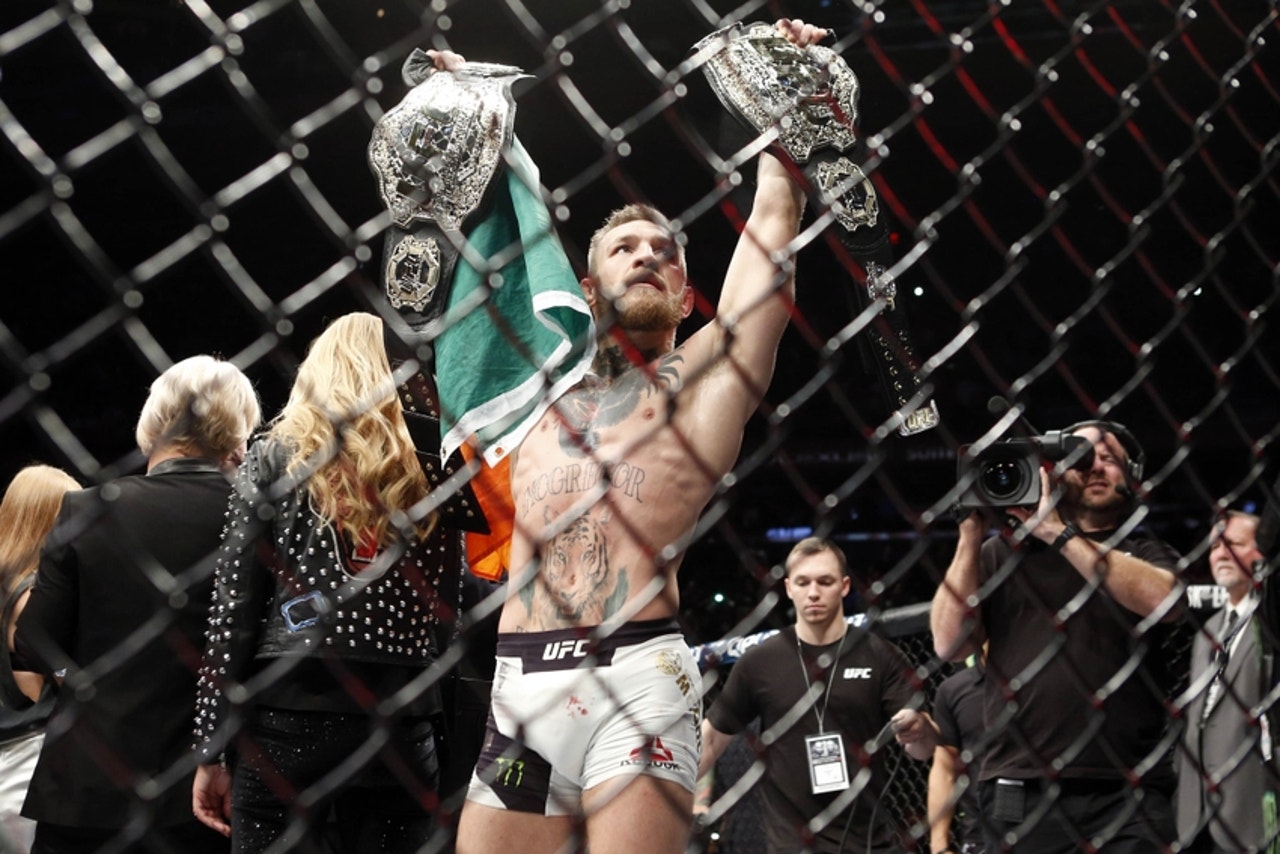 Conor McGregor made history to become the UFC’s first two division world champion.  But what’s next for “The Notorious” after reaching the pinnacle of his career?

It took McGregor a round and a half to become the UFC lightweight champion, and to change the game unlike any fighter has before him.  With a victory over Eddie Alvarez, he now finds himself in a place not easy to figure out for the UFC.

In the immediate aftermath, there were no solid commitments on either side about what’s next for “The Notorious.”  During the post-fight press conference he discussed possibly taking time off to welcome the birth of his child in May.  But, that still leaves the future of two divisions up in the air.

The first question to be answered is whether or not the UFC strips McGregor of one of his world titles.  If they choose to, it is likely up to the Irishman as to which one he will give up.  In his victory over Alvarez, he showed that his power translated well to the lightweight division and the less strenuous weight cut would be much easier on him.  His ability to cut back down to featherweight after having spent all of 2016 essentially bulking up for welterweight could also become a problem.

If he does return to 145-pounds, he looks to have more physical advantages over his competition.  His height, reach, and power all devastated the featherweight division in his run to the title and they would be a handful to contend with should he return.

As for who is next opponent will be, that is much easier.  Should he return to featherweight, José Aldo is the interim champion and looked extremely impressive in defeating Frankie Edgar in July.  Behind him, business will be settled between the logical next contender in Max Holloway and former lightweight champion Anthony Pettis who will fight next month.

A second fight with Aldo by all accounts would be far different from the first.  McGregor knocked out the Brazilian in 13 seconds, but the infamous picture of “The Notorious” looking onward at the bout in July built up interest in the rematch.

At lightweight, the choice is between Tony Ferguson and Khabib Nurmagomedov.  Ferguson is coming off an impressive victory over former champion Rafael dos Anjos in Mexico last week.  Nurmagomedov defeated Michael Johnson last night on the undercard.   Both are on impressive streaks with “El Cucuy” currently on a nine fight win-streak in the UFC.  “The Eagle” is an eight fight win-streak of his own in the promotion but touts a 24-fight unbeaten professional record.

McGregor hasn’t made any commitment to a future opponent, however he did express at the post-fight press conference that he was not impressed how infrequently Nurmagomedov fights.  Assuming it is McGregor’s decision, then signs point to Ferguson being the likely next title challenger.

The obvious dilemma in either situation is the shadow left over the division that McGregor leaves.  Should Aldo become the undisputed champion, then it leaves an asterisk over his reign going forward that he did not defeat McGregor.  In a sense, it would be similar the one over Daniel Cormier who did not defeat Jon Jones to become champion.  The same is true if Ferguson and Nurmagomedov were to fight for a vacant lightweight title.

Never has anticipation of McGregor’s next move created more suspense than it does now.  Understandably, several fighters will be unhappy with the fact that their careers could be impacted by his personal decision.  That is the world McGregor has created by making history.  He is a money-making machine with no signs of stopping. The only thing we can do is wait to see which headline he creates next.