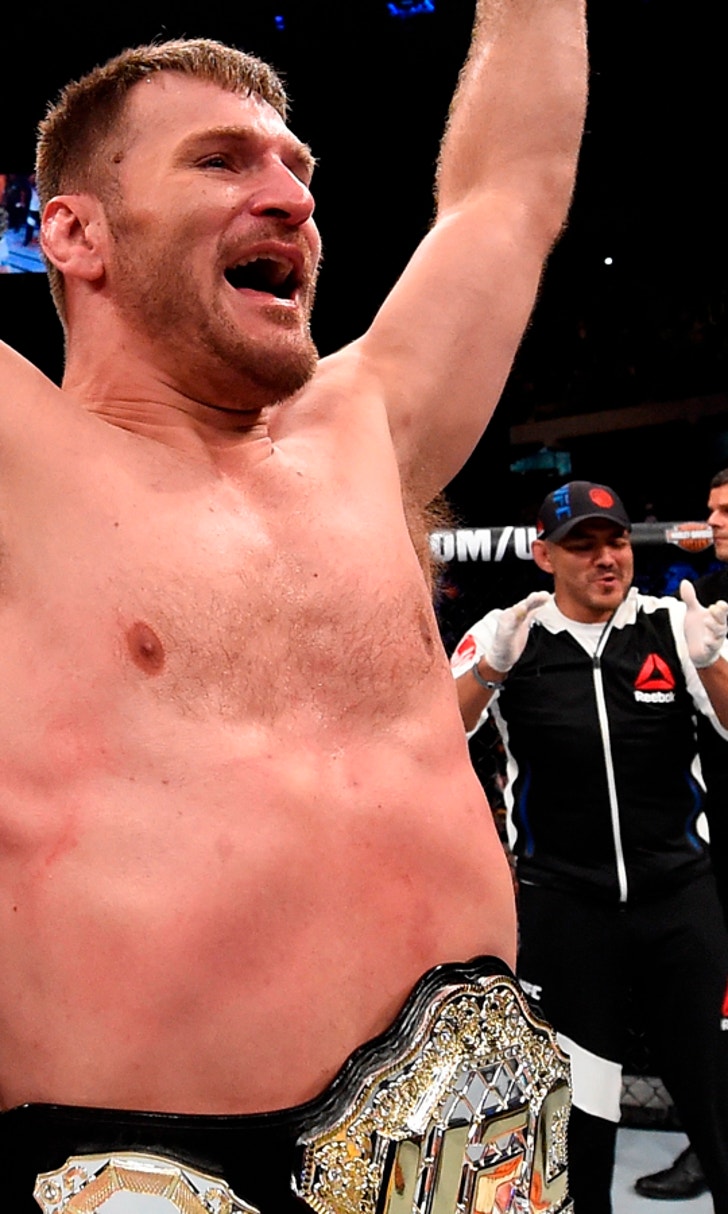 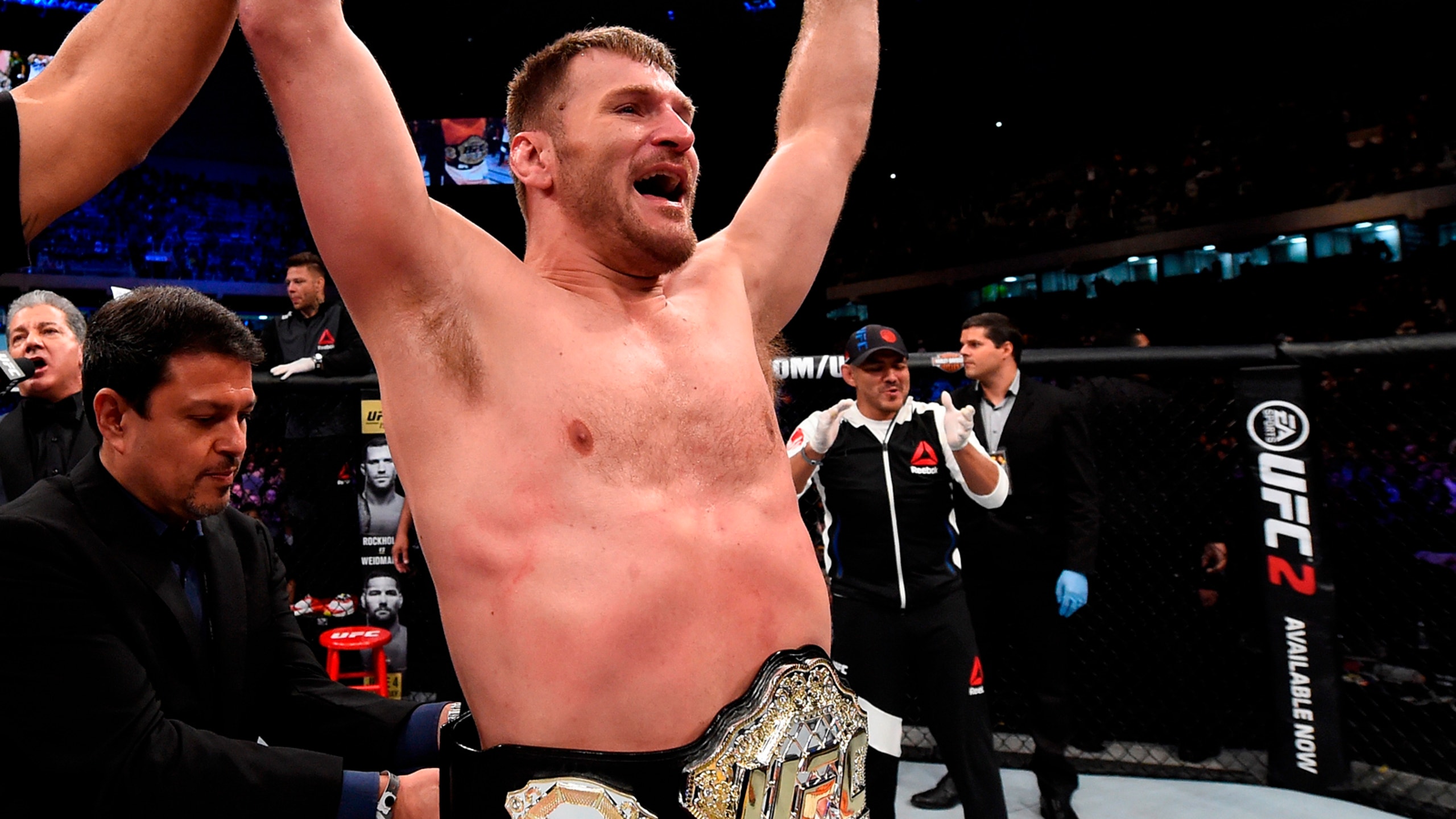 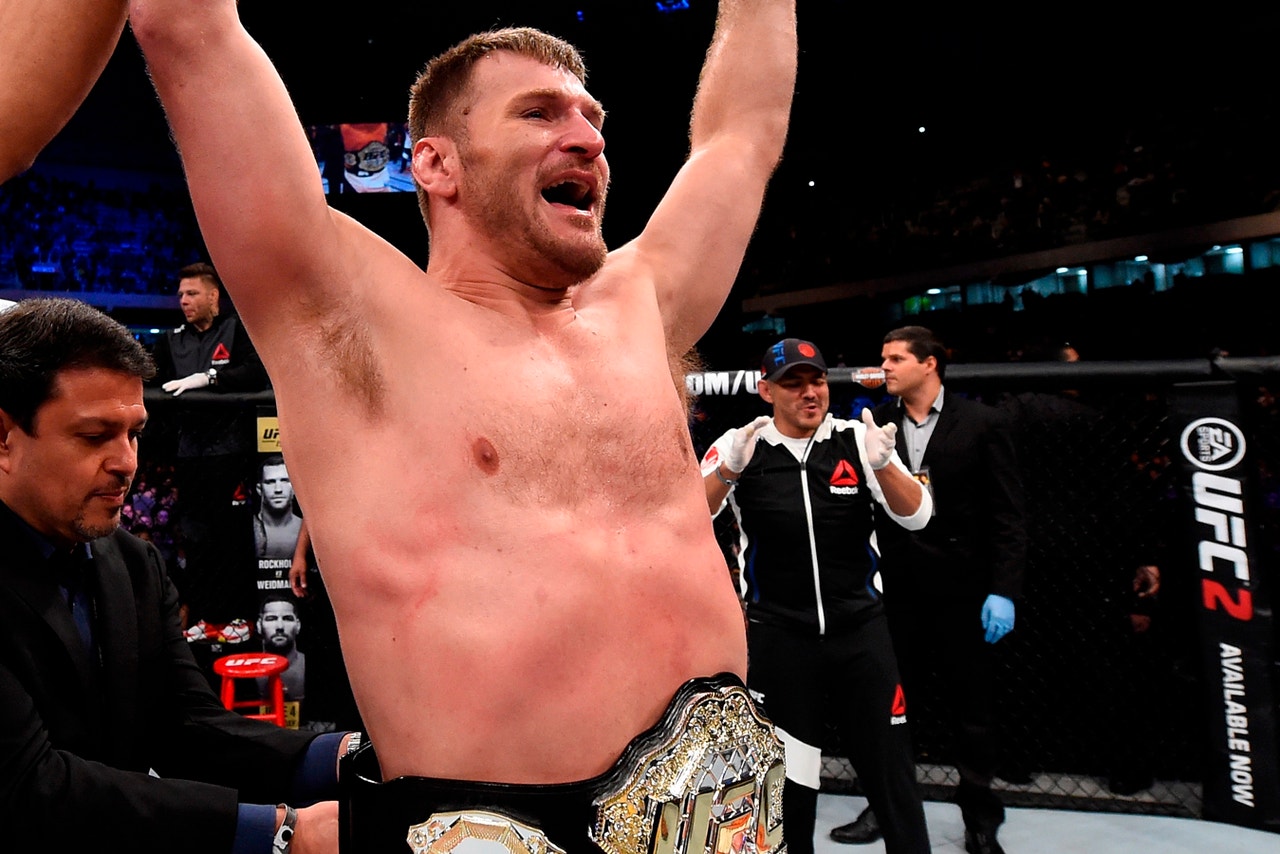 CLEVELAND — Stipe Miocic made Ohio proud on Saturday night as he successfully defended his heavyweight title in front of a hometown crowd at UFC 203.

Miocic needed less than one round to dispatch Alistair Overeem with a brutal barrage of punches on the ground to earn the knockout victory.

Before even stepping into the Octagon, Miocic was greeted by a deafening Cleveland crowd, who chanted his name while he walked out into the Quicken Loans Arena to the sounds of Machine Gun Kelly, who is another hometown favorite from the northern Ohio city.

The enthusiastic audience gasped early in round one as Overeem tagged Miocic with a stiff left hand that dropped the heavyweight champion to the ground with a flash knockdown.

Overeem quickly grabbed onto Miocic's neck looking for a guillotine choke and it appeared for a moment like he might have the submission, but he just couldn't get the tap. Miocic continued to scramble until he wiggled free from the hold and as he got back to the feet, the crowd erupted with cheers.

From there it was all Miocic as he stalked Overeem across the cage while landing a series of stinging combinations with a powerful boxing game.

Miocic trapped Overeem against the cage on a couple of occasions and each time, he unloaded with a series of punches that seemed to hurt the former Strikeforce and K-1 champion.

The end of the fight actually came after Overeem slipped during one exchange on the feet and Miocic capitalized on the scramble with a big takedown to the mat.

From there, Miocic started blasting away with a series of devastating punches and after blocking a few early shots, Overeem's defenses withered and crumbled.

The last couple of punches saw Miocic connect flush on Overeem's jaw as he fell unconscious and the referee quickly swooped in to stop the carnage before the Dutch fighter took any unnecessary punishment.

The stoppage came at 4:27 of the first round.

With the Cleveland crowd coming unglued, Miocic grabbed the microphone from UFC commentator Joe Rogan before chanting "O-H" as the audience answered back with "I-O" — a customary call typically heard during any athletic competition at The Ohio State University.

“He hit harder than I thought, he knocked me down but I wasn’t hurt. I said I would keep this belt for a long time, and I did it," Miocic said after the win. "I wanted to shut him down, turn the motherboard off.”

While Miocic celebrated the victory, Overeem paid tribute to the heavyweight champion but not without claiming that there was some controversy during their fight. Overeem told Rogan that he felt Miocic tap out during his guillotine choke attempt, but repeated replays seemed to disprove his claim.

Either way, Overeem congratulated Miocic on the victory as he suffered a loss for the first time in his past five fights.

“Stipe was the better man today," Overeem said. "He’s a great athlete, he’s tough, he won the fight. I thought he tapped.”

With the victory, Miocic has now won four consecutive fights — all by knockout — as he looks towards the next defense of his title, most likely against former champion Cain Velasquez.