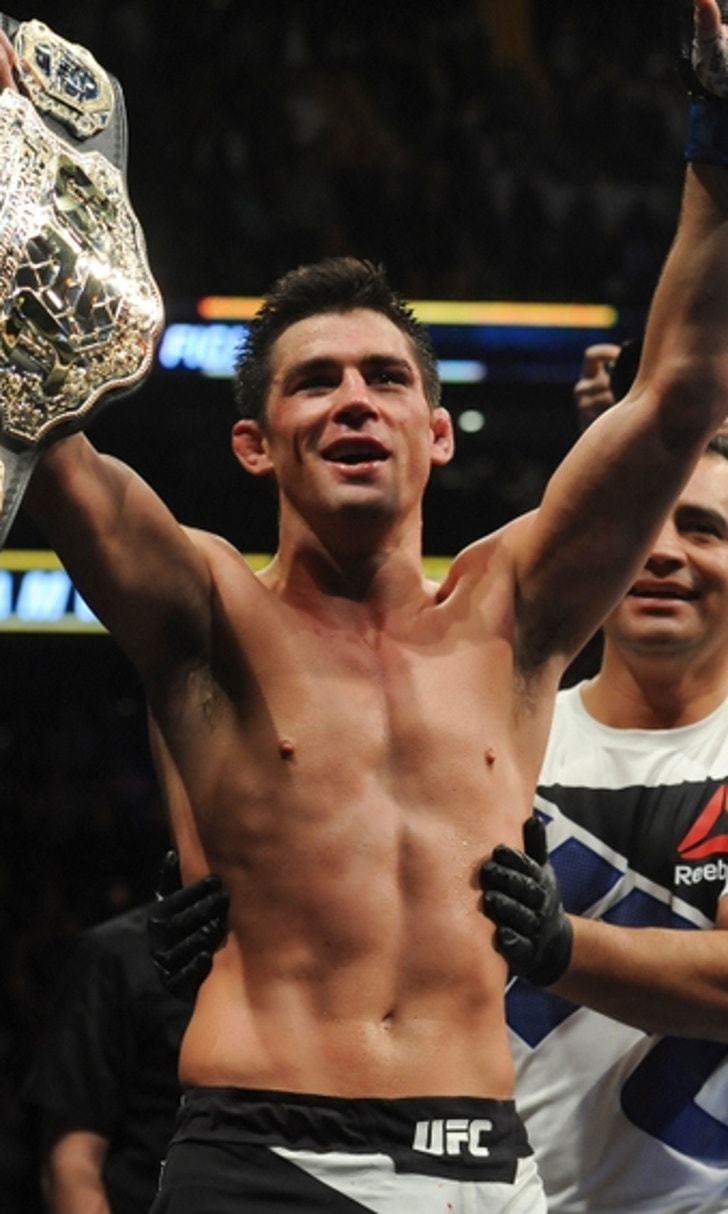 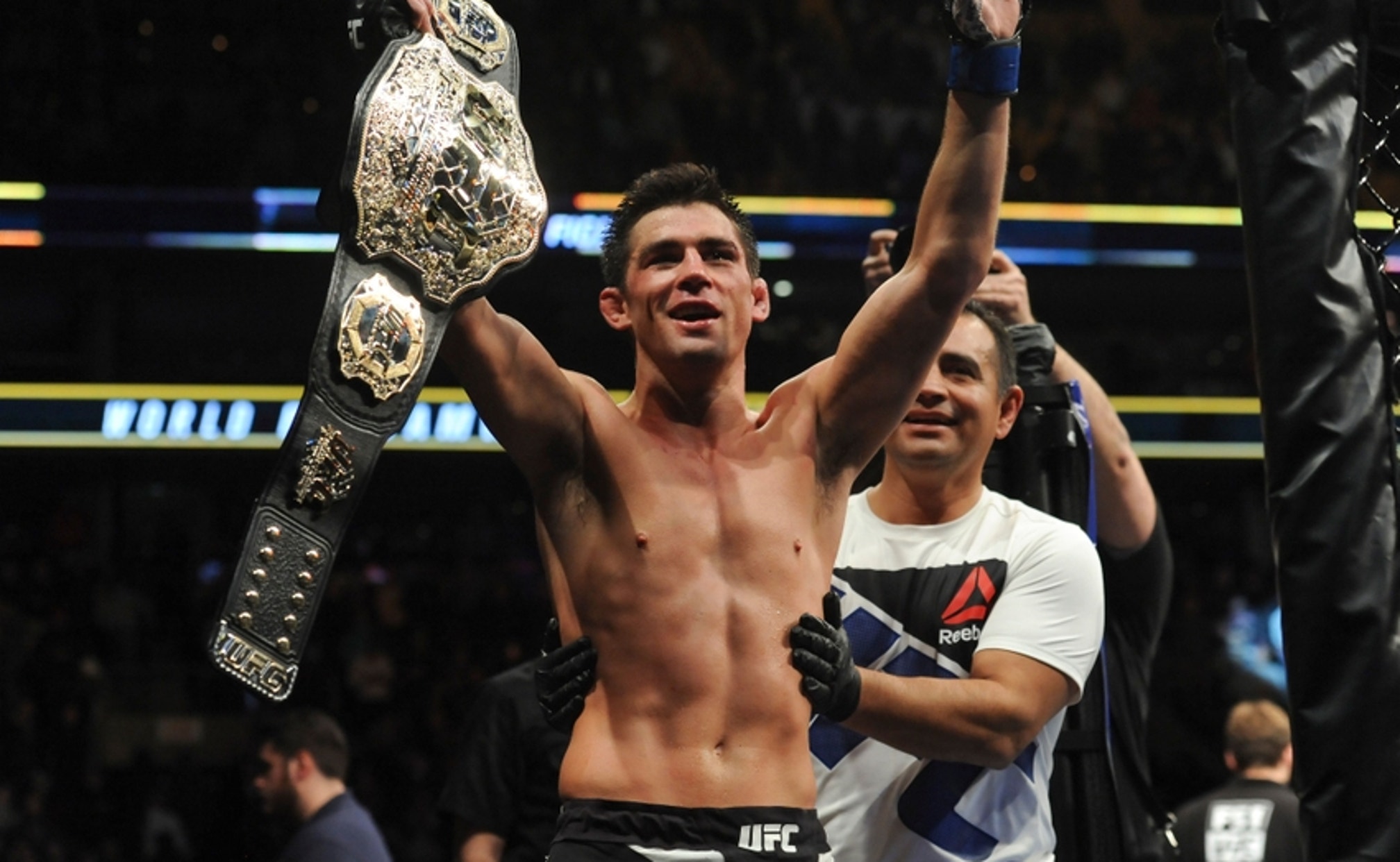 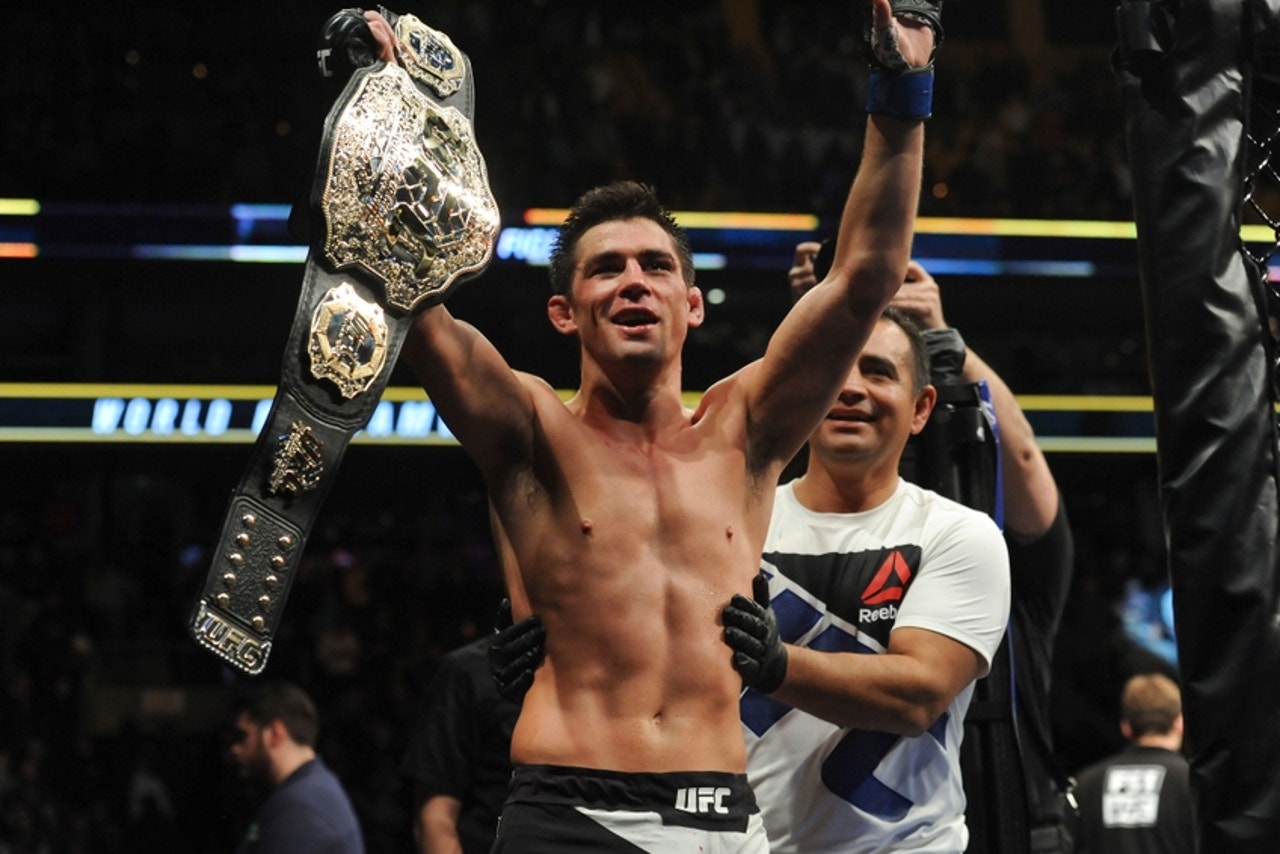 A bantamweight title fight between Dominick Cruz vs. Cody Garbrandt is in the work for UFC 207 in Las Vegas

According to reports, UFC officials are currently targeting a title fight between reigning bantamweight champion Dominick Cruz and the heavy-handed Cody Garbrandt for UFC 207 in December.

Garbrandt (10-0), a former amateur boxing champion, is coming off a violent 48-second knockout victory over Takeya Mizugaki at UFC 202 in August.  This not only kept perfect record in tact but also marked his ninth career (T)KO victory while also besting in Cruz’s finish of Mizugaki  at UFC 178 by 13-seconds.

Following his victory over Mizugaki, the 25-year-old Sacramento native took to the mic out to call for a title shot against Cruz.

“Dominick Cruz, I’m going to break your jaw,” said Garbrandt. “I’m going to show you who your daddy is for real.”

The camera immediately cut to Cruz, who motioned for Garbrandt to bring it from the Fox Sports booth.

It was later revealed the two fighters almost got into an altercation backstage where Garbrandt says Cruz “crossed the line,” with his comments regarding “daddy issues.”

Cruz (22-1), who returned from a 16-month, injury-riddled layoff earlier this year, was last seen defending his belt against Garbrandt’s Team Alpha Male teammate Urijah Faber at UFC 199 in June. Prior to this win, fans saw ‘The Dominator’ earn a narrow split decision over then-champion T.J. Dillashaw to reclaim his135-pound  title, earning his second Fight of the Night bonus in the process.

He will enter this title fight with eight career stoppage wins, including seven by way of (T)KO, and a record 12 wins in UFC/WEC bantamweight history.

UFC 207 will go down on December 30 at the T-Mobile Arena in Las Vegas. A women’s bantamweight title fight between reigning champion Amanda Nunes and the returning Ronda Rousey will serve as the headliner.