For months, UFC president Dana White shot down the idea that lightweight champion Conor McGregor would ever face Floyd Mayweather in a boxing match.

Well it appears White has changed his mind.

During an appearance on "Conan" on Wednesday night, White said without hesitation that he believes a deal will get done to pit McGregor against Mayweather in one of the most lucrative super fights in combat sports history.

"On the flipside, there's so much money involved, I just don't see how it doesn't happen."

Mayweather and McGregor have been bantering back and forth for month through interviews and social media while negotiations have been ongoing to put the fight together.

Mayweather just recently presented a date in June for the proposed super fight, but FOX Sports reported earlier on Wednesday that the likelihood McGregor would sign on for a bout that soon is virtually impossible. McGregor is awaiting the birth of his first child in late April or early May, which would then only give him about a four-week training camp to prepare for Mayweather.

Add to that, McGregor would likely set up his training camp in Las Vegas to prepare for the fight with Mayweather, but the UFC champion is currently in Ireland with his girlfriend during the final weeks of her pregnancy.

While June seems unrealistic, sources have indicated that a September showdown between McGregor and Mayweather is much more likely if the two sides can come to a financial agreement to make the matchup official. 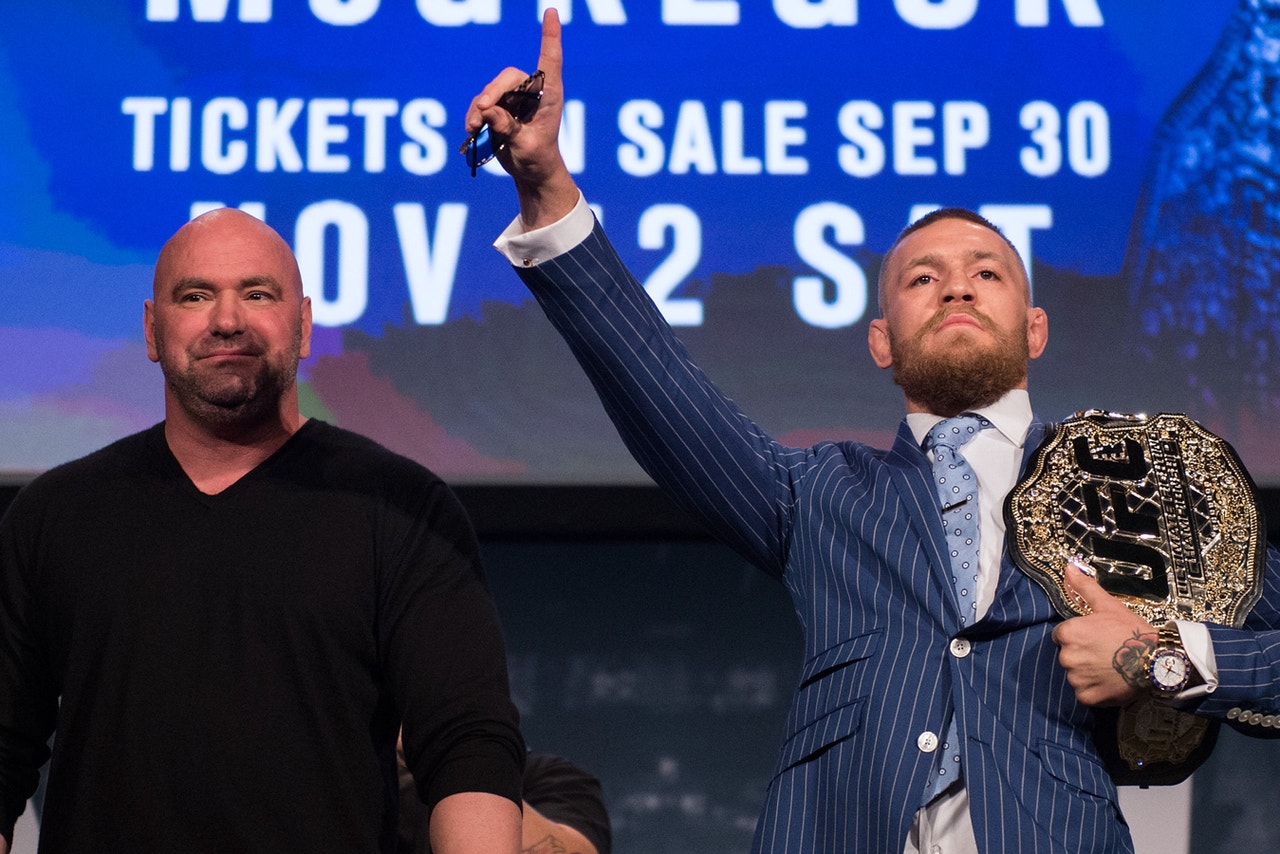 If the fight is finalized, McGregor would undoubtedly walk into his first professional boxing match as a massive underdog to Mayweather, who retired in 2015 with a perfect 49-0 record and was regarded as one of the best boxers in his generation.

Still, White says that McGregor has some advantages that he could use against Mayweather that could push the fight in his favor.

"It would be boxing. No kicking, no elbows, just straight-up boxing, in a boxing ring with gloves and the whole deal. A lot of things make this fight intriguing but the reality is this — anybody who has ever seen Floyd Mayweather, he's this big (motioning at his small size). Conor McGregor is huge," White said.

"He's 27 years old, he's in the prime of his career. Floyd is 40. Floyd always had problems with southpaws, Conor is a southpaw and Conor hits hard. When Conor hits people, they go. Floyd's definitely not knocking him out, that's for sure. I'm not saying that Conor would win this boxing match but it sure makes it interesting."

White also said that the fight would only happen under boxing rules because as much as McGregor might be an underdog to Mayweather in the ring, a mixed martial arts contest would be an absolute mismatch that wouldn't last a full minute.

"If this was a mixed martial arts fight, it wouldn't last 30 seconds," White said. "Conor would destroy him."