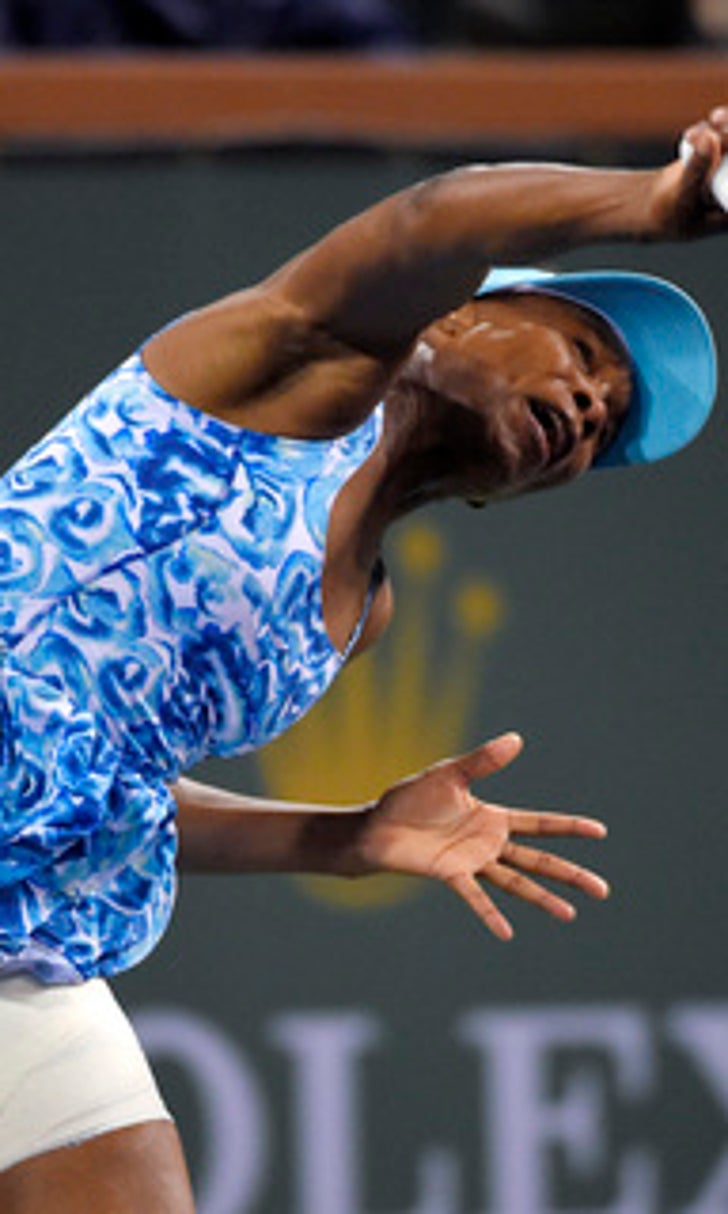 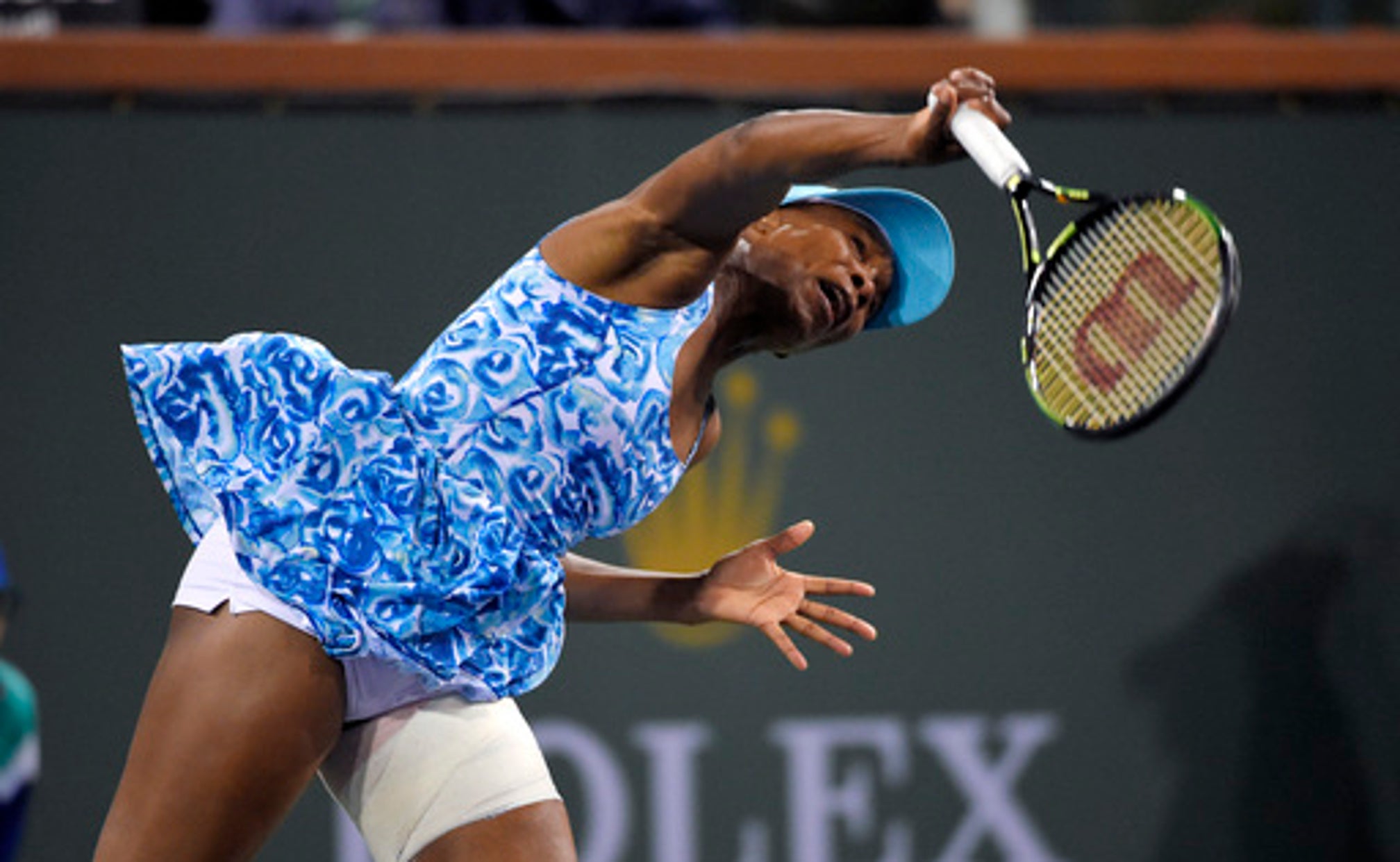 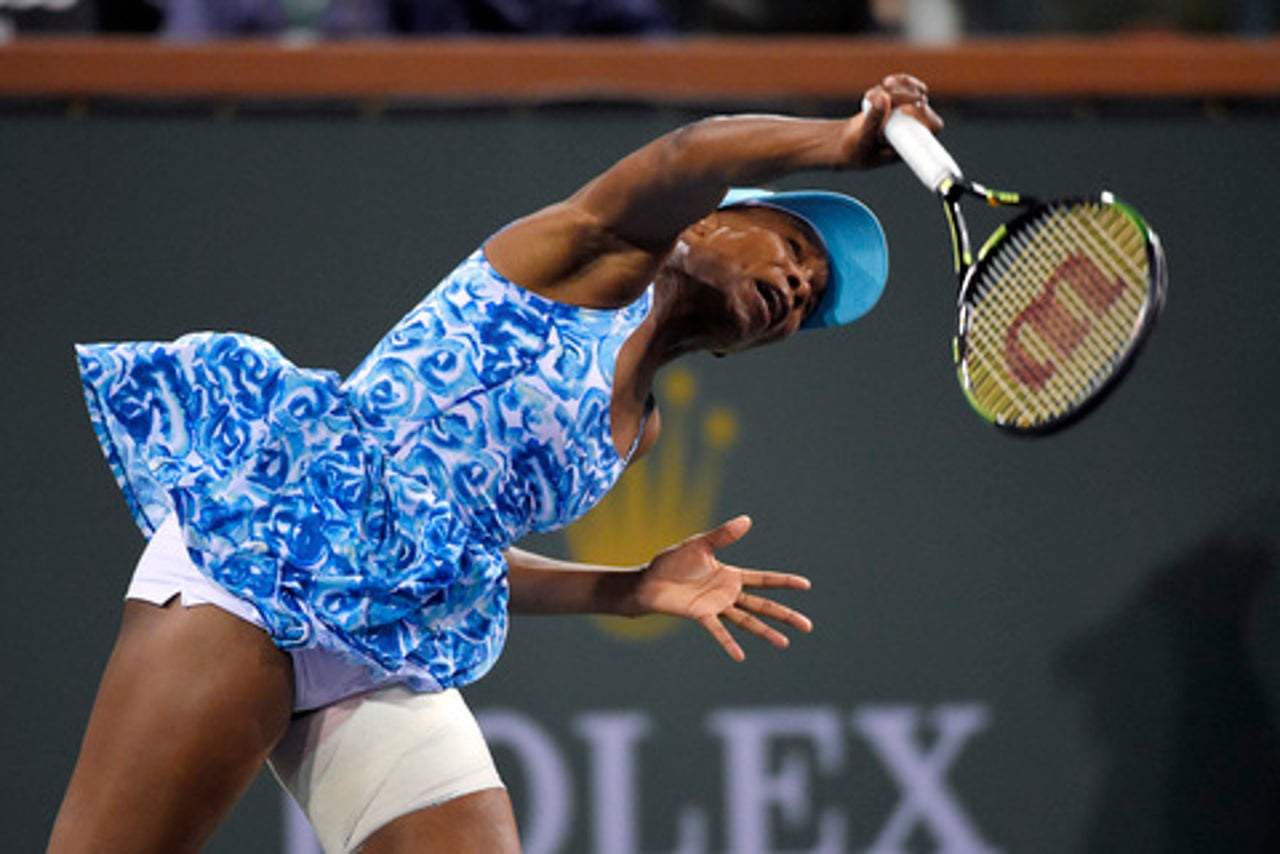 INDIAN WELLS, Calif. (AP) Venus Williams tumbled out of the BNP Paribas Open in her first match at the event since 2001, falling 6-4, 6-3 to Japanese qualifier Kurumi Nara on Friday night in front of a sparse, wind-blown crowd that returned after a rain-delay midway through the first set.

Williams played at the Indian Wells Tennis Garden since she and sister Serena and father Richard were booed and heckled after Venus withdraw from her semifinal against Serena because of an injury. On Friday, Venus received standing ovations before and after her error-filled, second-round match Friday.

''It's been a wonderful moment,'' she said. ''Everyone could have picked up where they left off and it would have started over again, but everyone was welcoming. It was a great day.''

Bothered by the gusty wind, she was most prominent of the upset victims.

Agnieszka Radwanska of Poland, the No. 3 seed, rallied from a 4-1 deficit and to thwart Dominika Cibulkova of Slovakia, 6-3, 3-6, 7-5; and two-time Wimbledon champion Petra Kvitova, the No. 8 seed from the Czech Republic, needed a third-set tiebreaker in a 6-3, 4-6, 7-6 (5) victory over Danka Kovinic of Montenegro.

No. 11 seed Lucie Safarova of the Czech Republic lost 6-4, 6-4 to Yaroslava Shvedova of Kazakhstan.

Lesia Tsurenko of Ukraine upset No. 15 seed Sara Errani of Italy 6-4, 6-3, and 19th-seeded Jelena Jankovic of Serbia, last year's runner-up and the 2010 champion, rolled over Carina Witthoeft of Germany 6-1, 6-3 to set up a third-round match against American Coco Vandeweghe, a 6-4, 6-3 winner over two-time Grand Slam champion and No. 16 seed Svetlana Kuznetsova of Russia.

Gilles Muller of Luxembourg and Mikhail Kukushkin of Kazakhstan were early men's first-round winners. Muller beat Victor Estrella Burgos of the Dominican Republic, 7-5, 6-3, and Kukushkin took a 7-6 (1), 6-2 decision from Daniel Munoz de la Nava of Spain. Muller will face No. 4 seed Rafael Nadal, while Kukushkin set up a match against No. 5 Kei Nishikori.