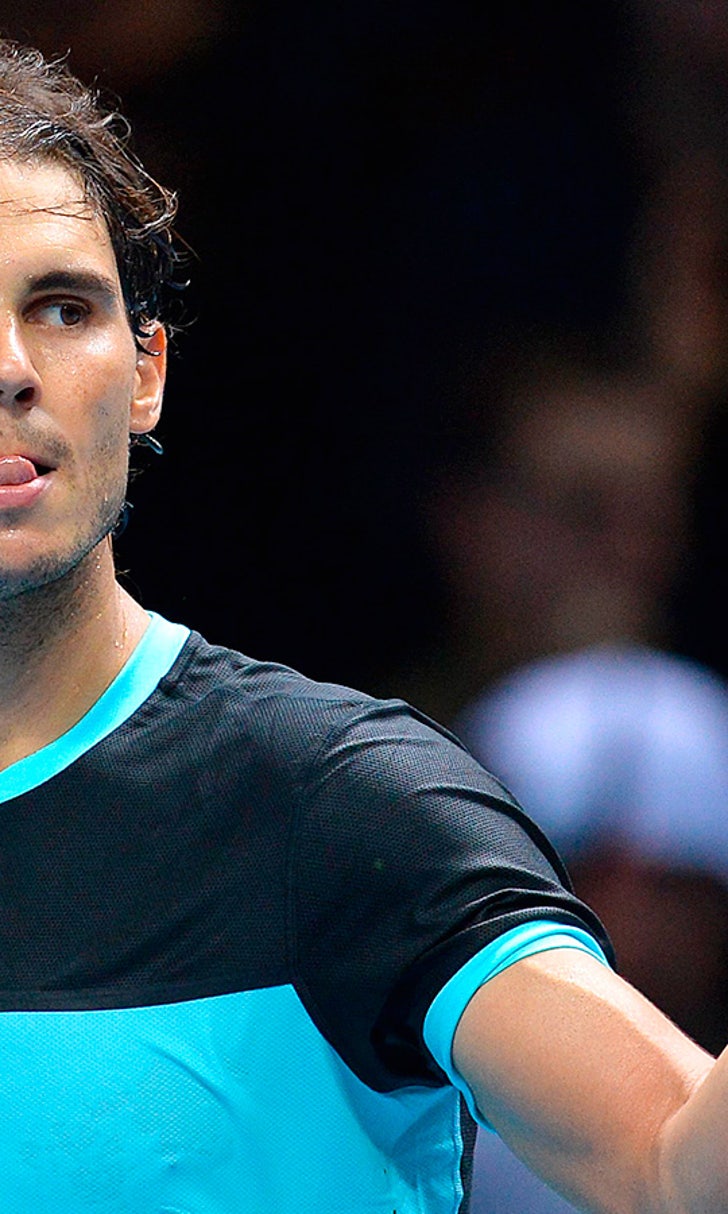 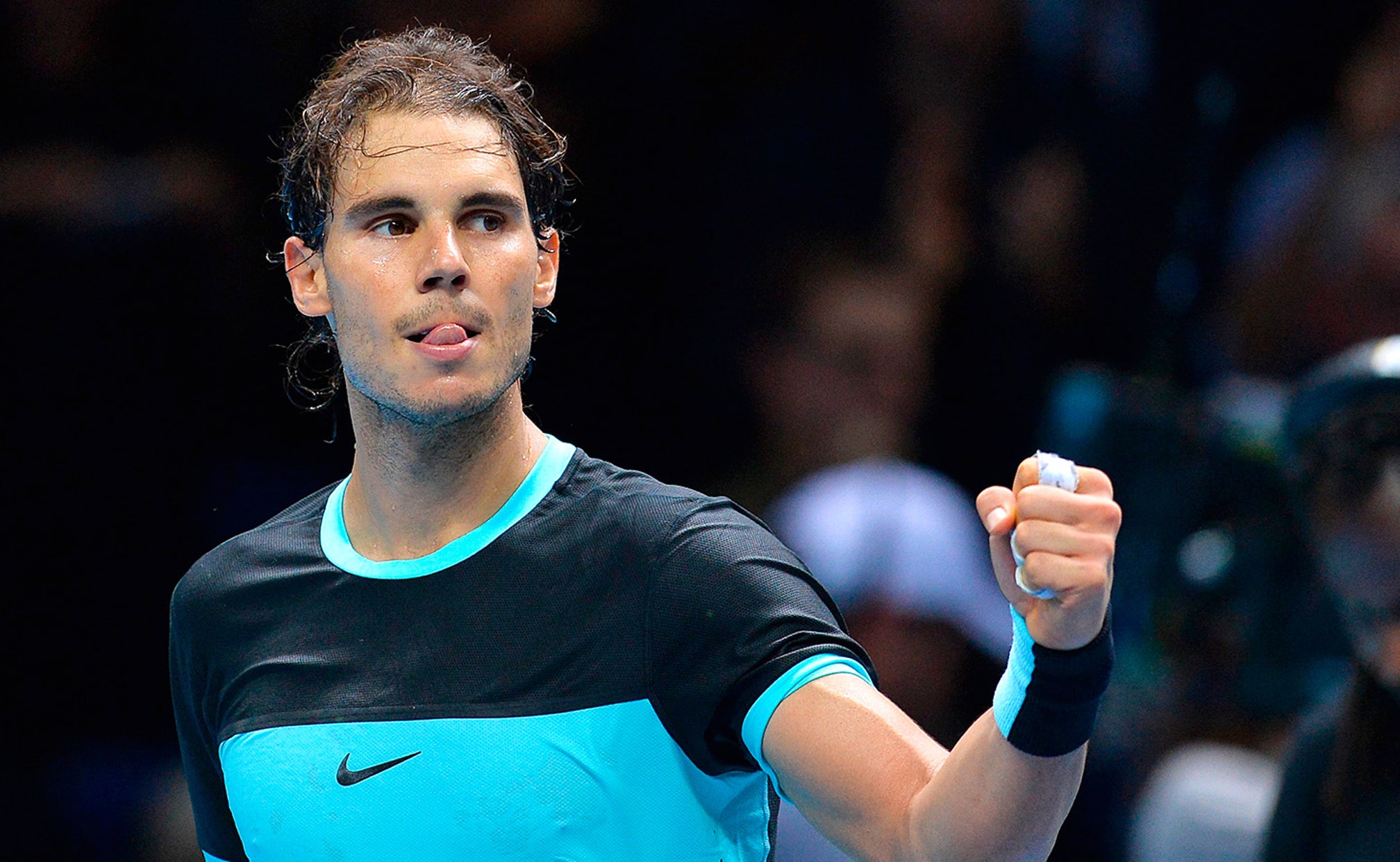 Nadal wins another at ATP Finals, beats Murray in 2 sets 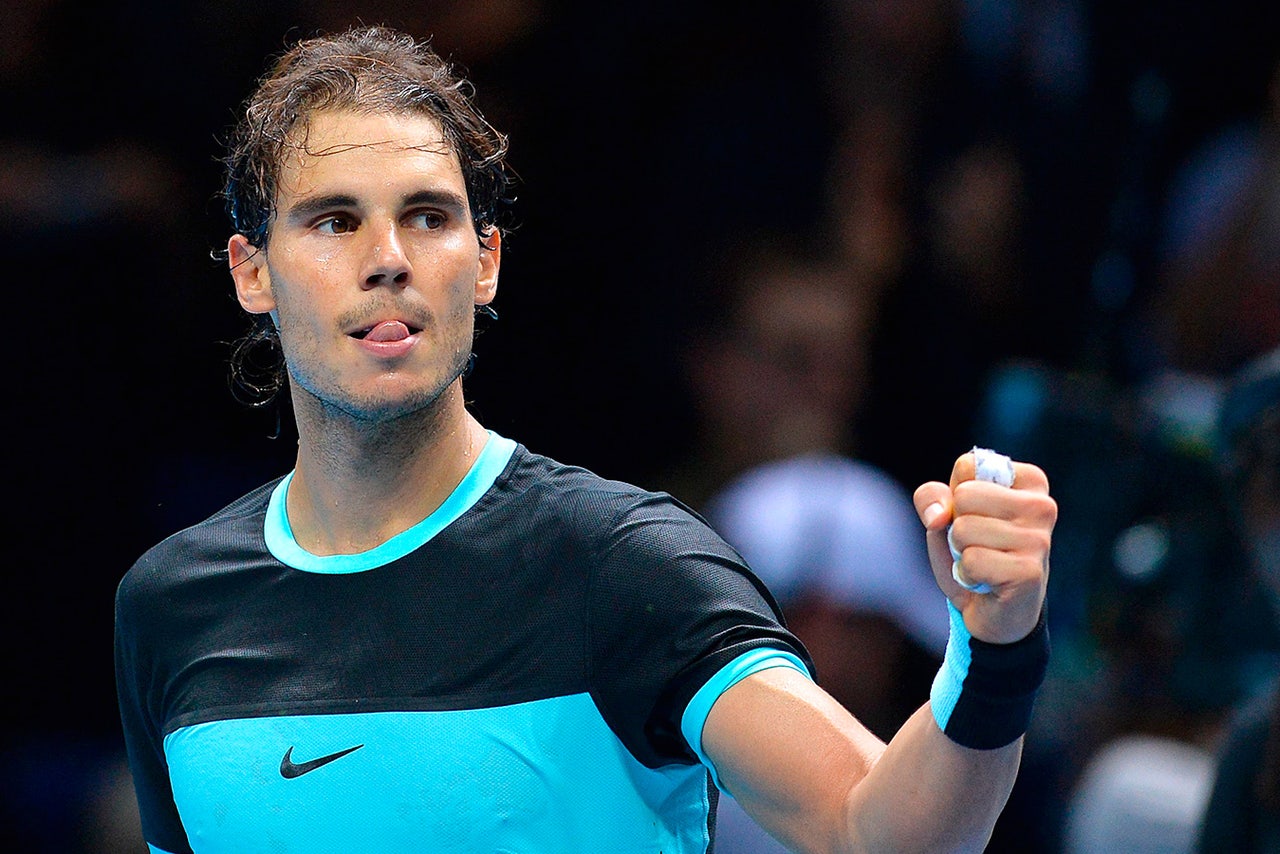 LONDON -- Andy Murray was struggling, both with his serve and his hair.

He gave himself a little trim during a changeover in the first set, but on the court he found it difficult to improve.

Taking advantage of it all was Rafael Nadal, who ended up with a 6-4, 6-1 win Wednesday for his second straight victory at the season-ending ATP finals and a spot in the semifinals.

Murray and Nadal traded breaks to open the match, and then Nadal held to make it 2-1. During the changeover, the second-seeded Murray pulled out a pair of scissors and clipped off a few strands of hair.

"I had some hair in my eye, and I just wanted to get rid of it," said Murray, clearly annoyed with the line of questioning. "That literally took two seconds. That was it."

Nadal said he didn't notice Murray's actions, but laughed when he was told that Murray said his hair was bothering him.

"Was not at the right time to know that," Nadal said before praising Murray's ingenuity with the scissors. "It's a good solution."

Maybe it helped a bit, because Murray then held his serve. But soon Nadal was back on top, breaking to end the first set.

With his hair in check, Murray's serve started to cause some problems.

He ended up with four double-faults, including two in a row during his first service game of the second set. When Murray missed the first serve of the following point, a fan in the crowd, presumably in favor of Nadal, shouted out "cinco" to note it was his fifth straight fault.

The next serve went in, but a backhand that sailed wide gave Nadal a 2-0 lead as the Spaniard won nine of 10 points during that stretch.

Murray ended up landing only 43 percent of his first serves, and only 38 percent in the second set.

"From the middle till the end of the second set, he played extremely well," Murray said. "But I didn't really help myself. I served poorly at the end of the first set and all through the second."

Nadal beat French Open champion Stan Wawrinka in his opening match, and will next face already-eliminated David Ferrer on Friday. Murray will play Wawrinka on the same day for the other spot in the semifinals.

In Wednesday's late match at the O2 Arena, Wawrinka overcame an early break in the first set to beat Ferrer 7-5, 6-2.

For Nadal, his play so far at the tournament has been a continuation of his late season improvement during a year in which he has lost 19 times, a relatively staggering number for him.

Even at the French Open, a tournament he has won a record nine times, Nadal lost in the quarterfinals. But since his third round exit at the U.S. Open, things have gotten better. He is now 15-4 since then.

"Just another step for me (to) be able to play at that level against such a great player is good news," Nadal said. "Just want to try to keep working the same way to keep confirming that I am in the completely right direction."