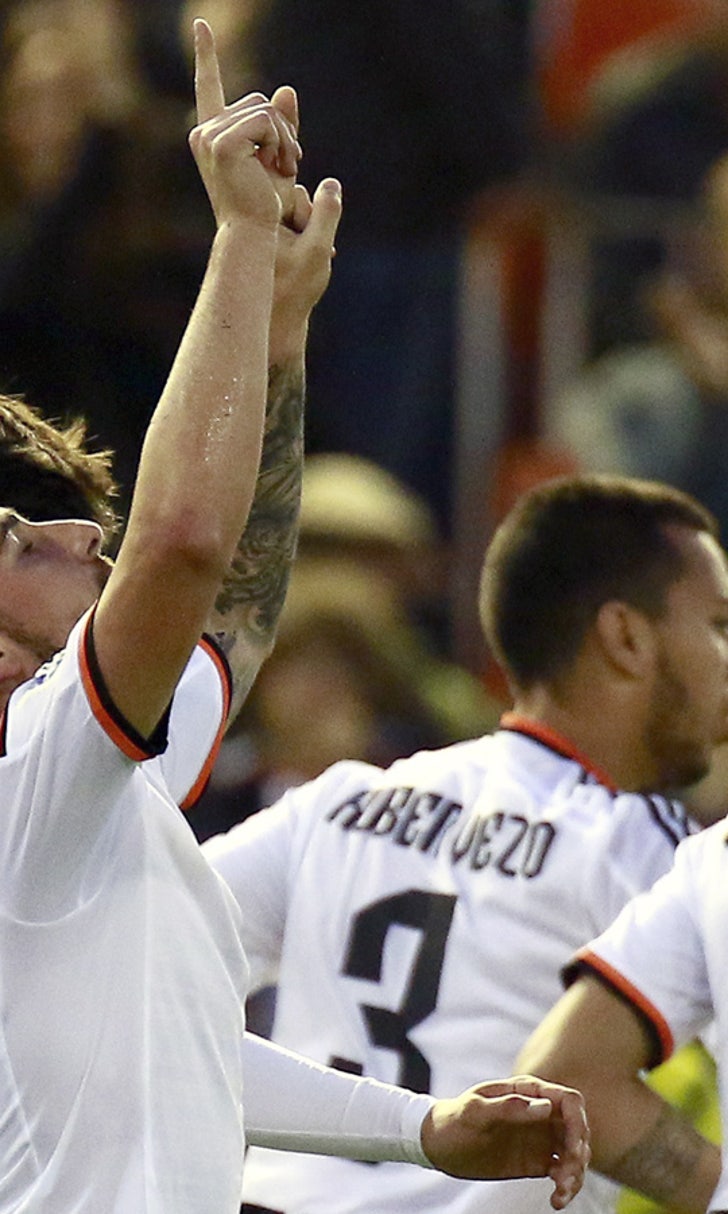 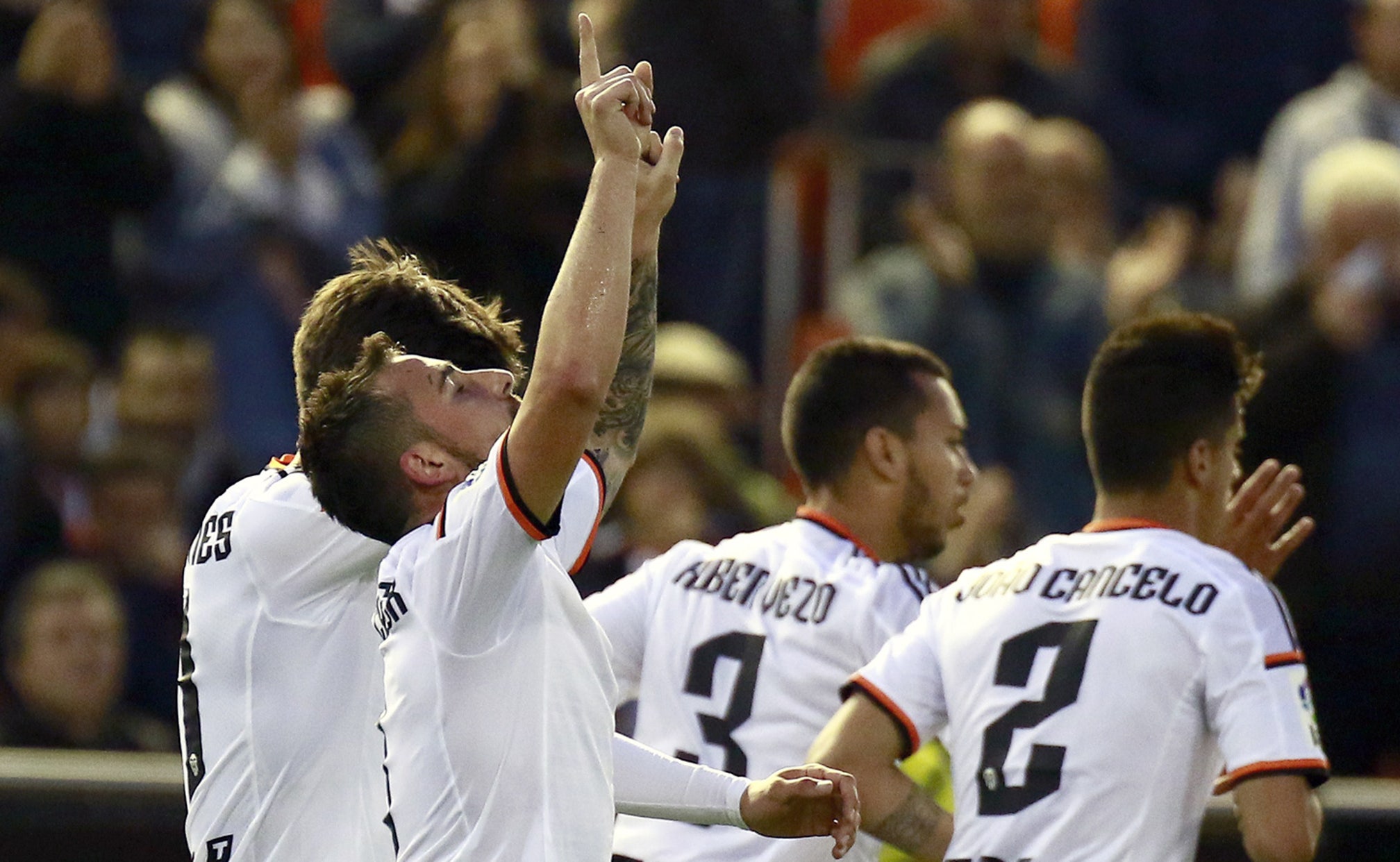 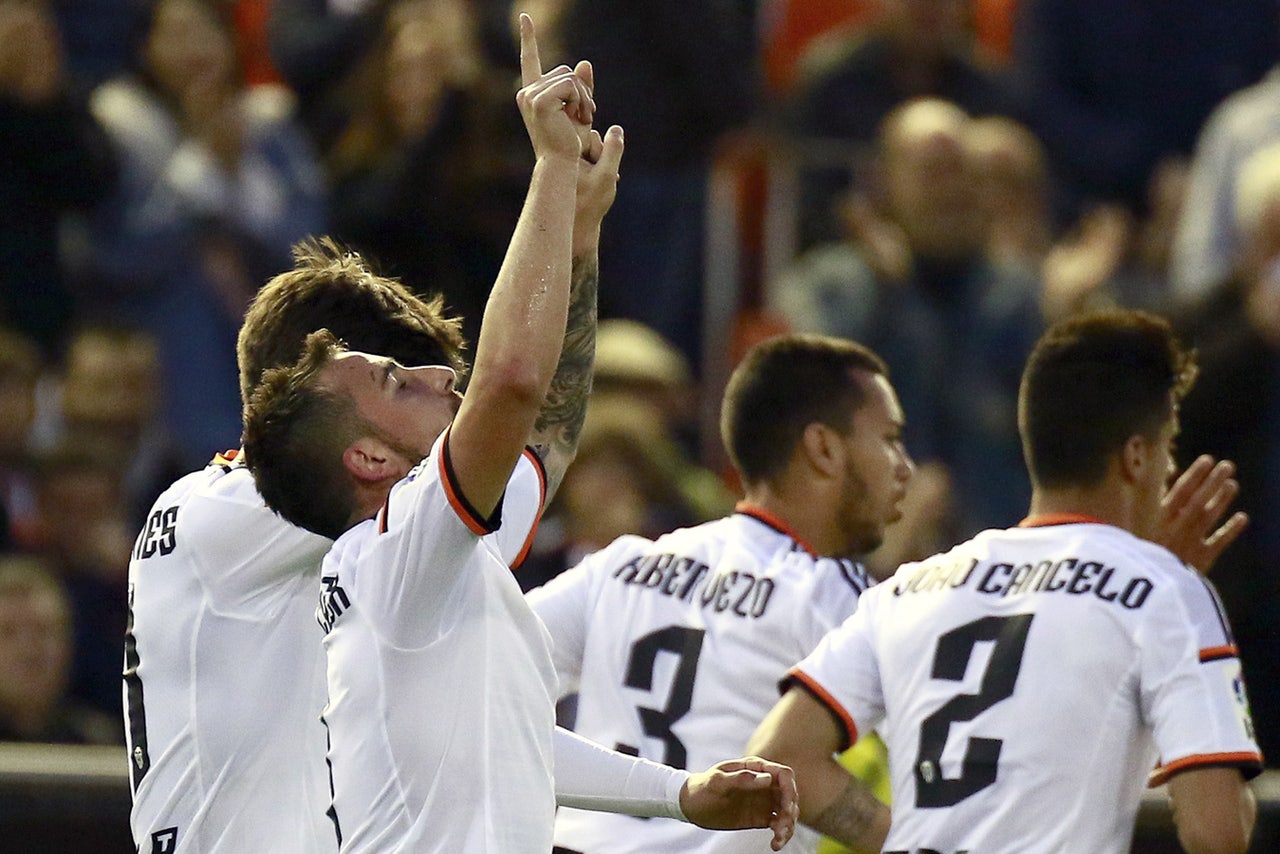 VALENCIA, Spain -- Valencia beat crosstown rival Levante 3-0 at Mestalla Stadium on Monday to extend its unbeaten streak to 10 games and stay on track for a return to the Champions League.

Valencia's derby win kept it in fourth place, one point behind Atletico Madrid and three ahead of Sevilla as the three fight for a top-four finish and a spot in Europe's top-tier competition next campaign.

''We knew that it was going to be tough to move this team that likes to sit back and strike on the break,'' Feghouli said. ''But we remained patient and attacked them from the flanks.''

Alcacer provided a constant threat and headed in Valencia's first goal in the 16th when Dani Parejo met his run with a perfectly-timed cross from the right side of the area.

David Barral culminated Levante's first collective buildup with a shot over the crossbar in the 35th, but Valencia charged right back down the pitch for Feghouli to thump in Lucas Orban's cross from the left a minute later.

''We had a chance to equalize and they scored right after. That took the fight out of us,'' said Levante's Jose Martin.

The visitors were left in danger of relegation.

''We are going to face the match against Barca like we did today, wanting to win from the start,'' said Feghouli. ''We know it will be difficult, but we won there last year 3-2.''

Barcelona's 2-2 draw at Sevilla on Saturday allowed Real Madrid to pull to within two points with seven rounds left.