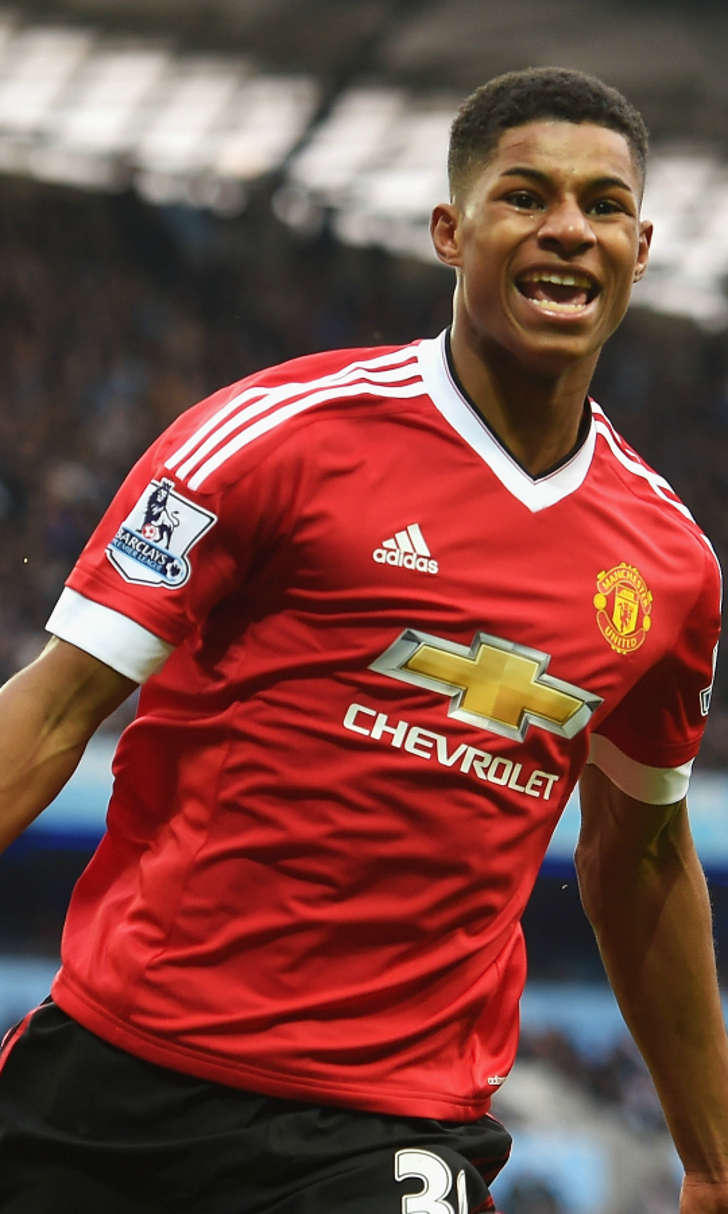 United squeeze past City on Rashford goal in Manchester derby 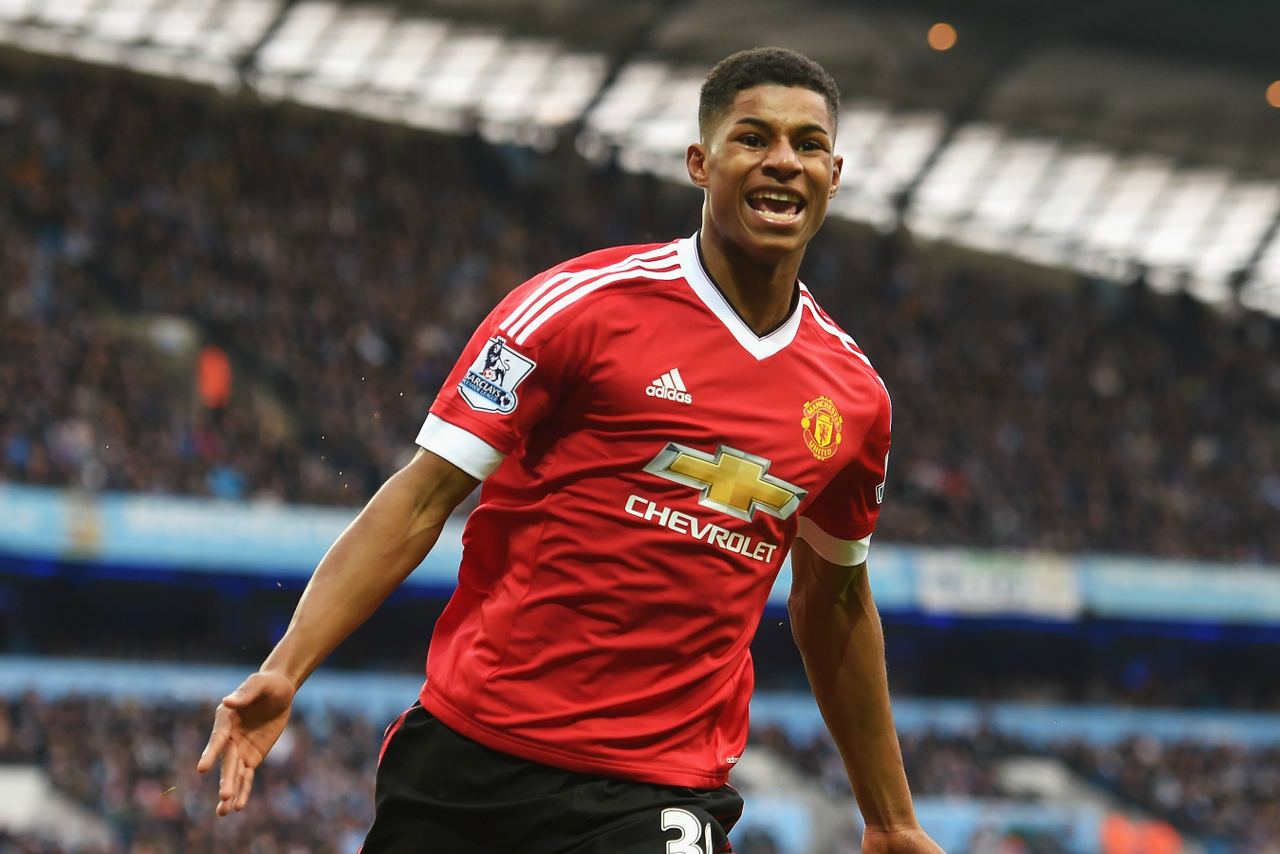 Marcus Rashford is proving the man for the big occasion for Manchester United.

Plucked from the youth team to answer an injury crisis last month, the 18-year-old striker took his tally of goals to five by scoring in a 1-0 win over Manchester City in the Premier League on Sunday that intensified the race for Champions League qualification.

Having scored two goals in each of the important games against FC Midtjylland in the Europa League and Arsenal in the Premier League, Rashford marked his first appearance in a Manchester derby by sprinting past the hapless Martin Demichelis and sidefooting home in the 16th minute.

Rashford's pace and exuberance was too much for the 35-year-old Demichelis, who was substituted in the 53rd minute on a day he and City will want to forget. City, with just one win from its last six games, stayed in fourth place but is now only one point clear of both United and West Ham with eight games left.

"Rashford is very quick and Demichelis looked like the years are catching up with him," United manager Louis van Gaal said of a defender he used to coach at Bayern Munich.

It was a huge result for United, with Van Gaal having billed the game "do or die" for his side's top-four chances following its elimination from the Europa League on Thursday. Amid all the speculation over his future, Van Gaal could still win the FA Cup and guide United back into the Champions League in the final two months of the season.

"Now it is in our hands," Van Gaal said.

Meanwhile, if City's current form is anything to go by, incoming manager Pep Guardiola will be taking over a Europa League team next season. City's only victory in the last six league games was against last-place Aston Villa, and the team has failed to score in four of its last five matches.

The days when City had the most fearsome attacking unit in English football are long gone. Manuel Pellegrini's team had 26 shots against United but rarely troubled goalkeeper David de Gea.

"I am not unhappy with the performance of the team," Pellegrini said. "I don't think we deserved to lose."

Pellegrini said Guardiola's imminent arrival at City hasn't affected the team and loosened his authority, even though recent results suggested they have.

"I don't think I lose any control," Pellegrini said. "The attitude of the team today reflects they are all involved."

City lost winger Raheem Sterling (groin) and goalkeeper Joe Hart (calf) to injuries, the latter caused by one of many errors by Demichelis, who was liability in defense.

United's goal came against the run of play, after Rashford finally got one-on-one with Demichelis. There was only one winner as the youngster skipped by the man almost twice his age, and slotted under the body of the diving Hart to become the youngest scorer in a Manchester derby in the Premier League era.

The first half ended in feisty fashion with players pushing and squaring off after Rashford fell under the reckless challenge of Demichelis, who somehow got away with the foul.

Demichelis came out for the second half but blotted his performance even further by leaving Hart short with a dreadful back pass, with the goalkeeper hurting his calf as he hastily cleared ahead of the inrushing Anthony Martial. Hart was carried off on a stretcher and Demichelis was put out of his misery moments later when he was taken off for City's third substitute, Wilfried Bony.

"I think he was nervous," Pellegrini said of Demichelis.

The closest City came to scoring in its strong finish was when Aguero headed a cross from Yaya Toure against the post.