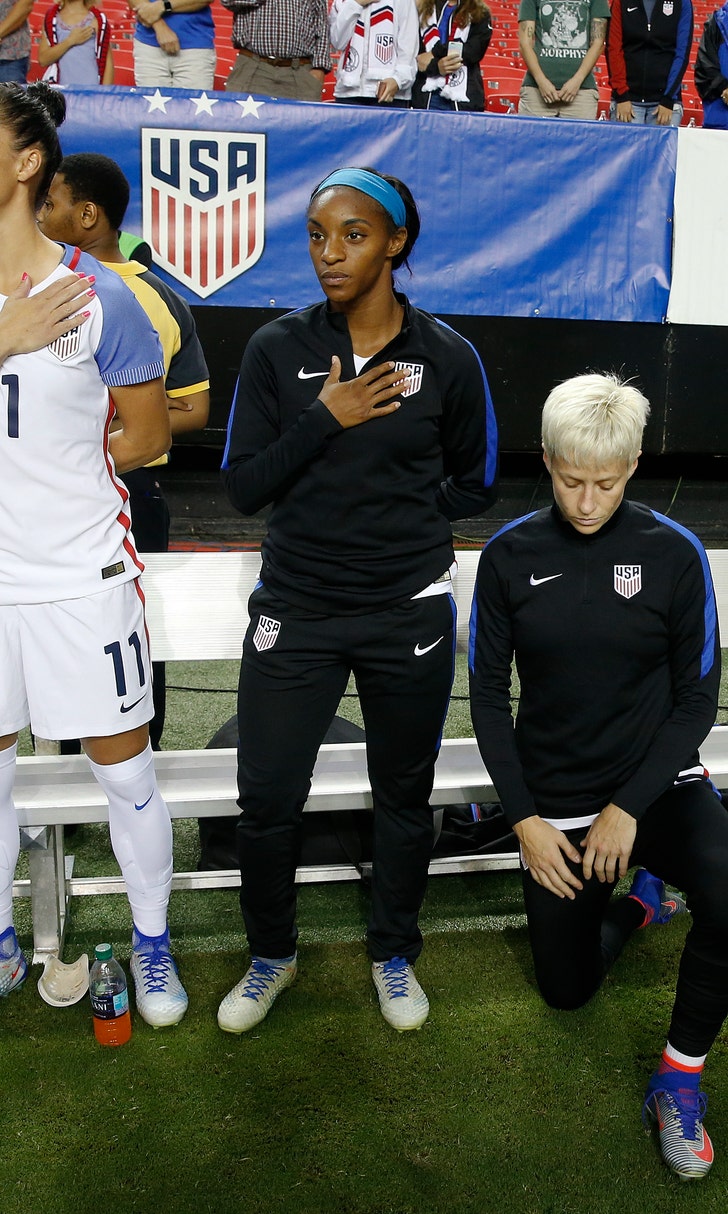 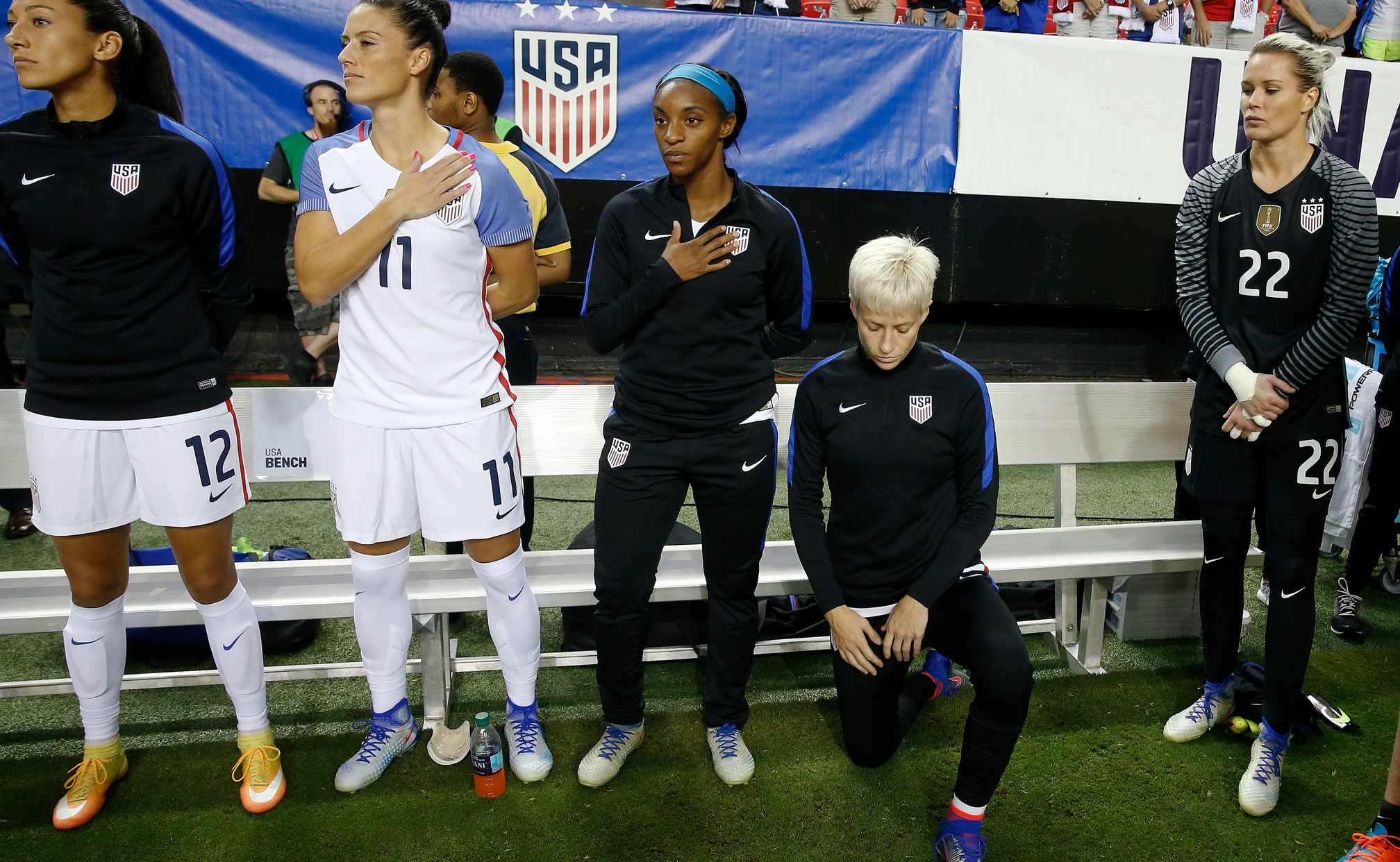 U.S. Soccer President Cindy Parlow Cone apologized Saturday for the federation's lack of leadership in the fight against racism as she addressed its decision to repeal a policy that required players to stand during the national anthem.

The federation's board of directors voted earlier this week to repeal the rule, adopted in 2017 after national team player Megan Rapinoe kneeled during the anthem in support of Colin Kaepernick.

“We are committed to doing better to help fight racism and discrimination in all its forms,” Parlow Cone said. “Repealing Policy 604-1 was just the first step.”

Policy 604-1 states: “All persons representing a Federation national team shall stand respectfully during the playing of national anthems at any event in which the Federation is represented.”

The board passed the rule on Feb. 9, 2017 and got rid of it during a conference call on Tuesday. Parlow Cone called the special meeting after first broaching the idea of repealing the rule last week, and three players spoke on the call.

Rapinoe faced criticism for her protest. But sentiment among the public has changed in the wake of global protests over the death of George Floyd.

Floyd, a black man, died after a white Minneapolis police officer pressed his knee into Floyd’s neck while Floyd was handcuffed and saying that he couldn’t breathe.

It was the first board meeting Parlow Cone has led as president. She took over in March after Carlos Cordeiro's abrupt resignation amid fallout over the federation’s legal stance in the gender discrimination lawsuit filed by the women’s national team.

In her comments Saturday, Parlow Cone apologized to African Americans and other minorities “for us not being leaders in this fight.”

“We will continue to engage with our players, our staff and soccer stakeholders to help us be a positive force for change going forward," Parlow Cone said. “And this is not about short-term initiatives. This is about writing these ideals into our DNA.”

In calling for repeal of the policy earlier this week, the U.S. Soccer Athletes’ Council called on the federation to foster a “positive relationship to exist going forward.” The panel includes current national team players Alex Morgan and Ali Krieger, as well as former players like Landon Donovan.

“Until USSF does so, the mere existence of the policy will continue to perpetuate the misconceptions and fear that clouded the true meaning and significance of Colin Kaepernick, Megan Rapinoe and other athletes taking a knee — that Black people in America have not been and continue to not be afforded the same liberties and freedoms as white people and that police brutality and systemic racism exist in this country,” the players said in a statement.

Rapinoe kneeled during the anthem at a pair of national team matches in 2016. She said she wanted to express solidarity with Kaepernick, the former San Francisco 49ers quarterback who silently took a knee during the national anthem before NFL games to raise awareness of police brutality and racial injustice.