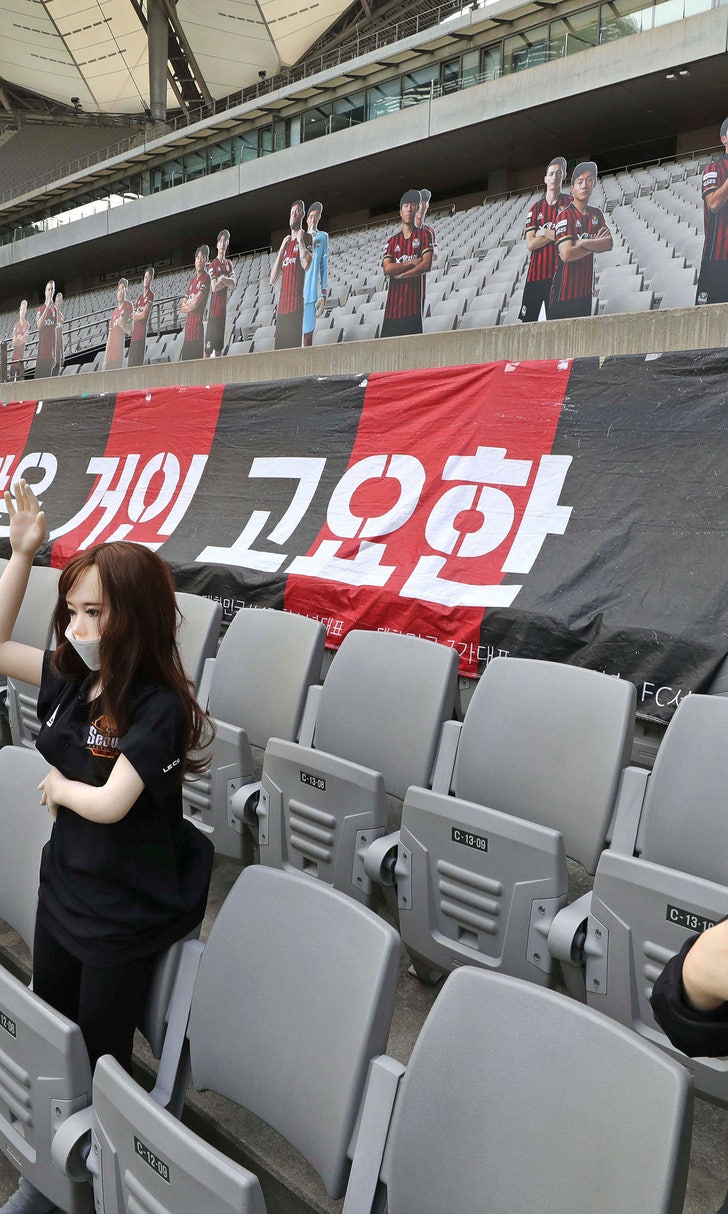 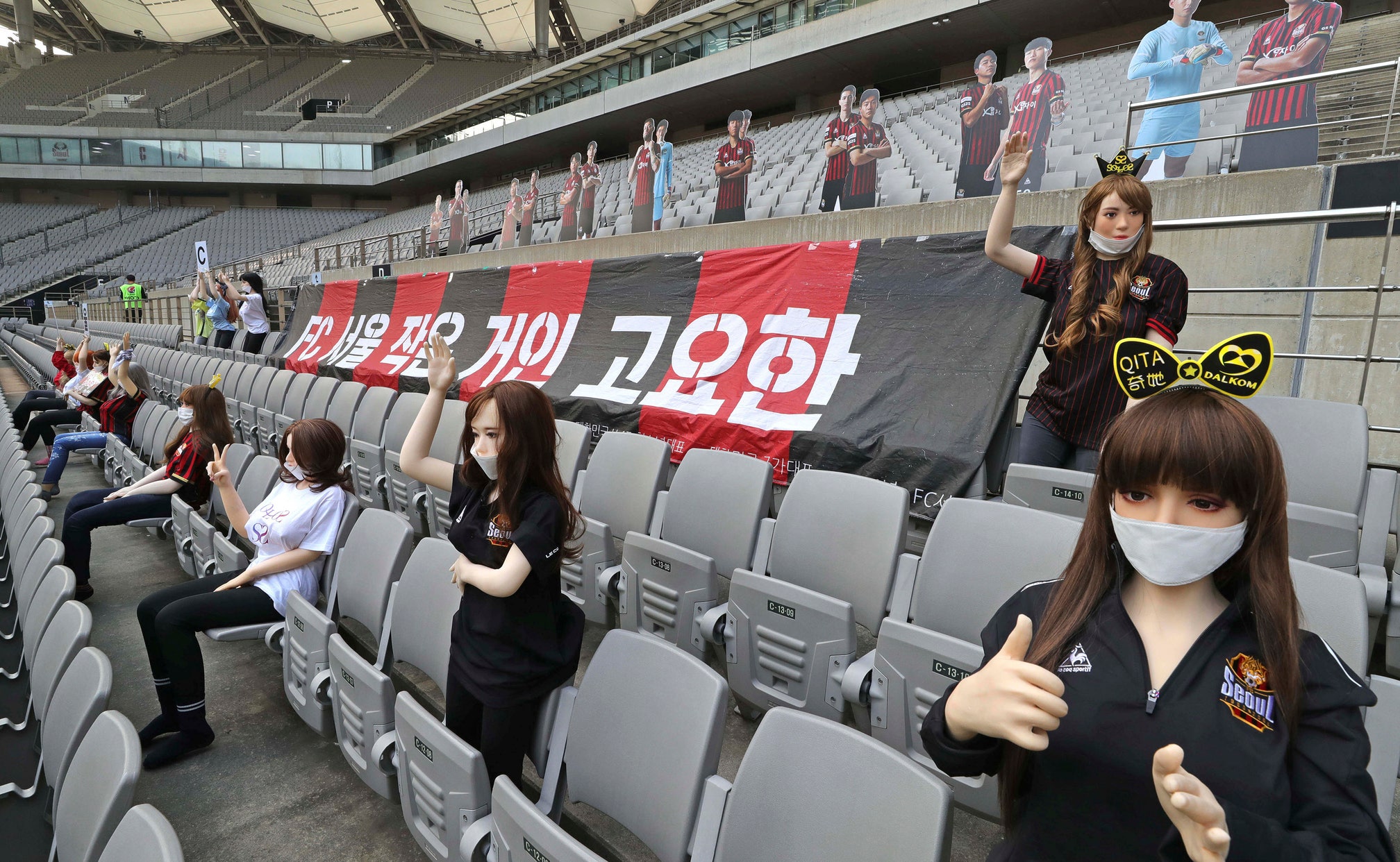 previous story
Darner out as men's hoops coach at Green Bay after 5 years
next story
The Last Word: Armstrong reflects on being Jordan's teammate

SEOUL, South Korea (AP) — A South Korean soccer club has apologized after being accused of putting sex dolls in empty seats during a match.

FC Seoul expressed “sincere remorse” over the controversy, but insisted in a statement that it used mannequins — not sex dolls — to mimic a home crowd during Sunday's 1-0 win over Gwangju FC at the Seoul World Cup Stadium.

Following a weeks-long delay because of the coronavirus pandemic, the K-League returned to action on May 8 without spectators, days after professional baseball began under similar conditions. The leagues plan to play in empty stadiums until the risks of coronavirus infections are lowered.

With players competing in front of rows of empty seats, some soccer and baseball teams have been trying to create a festive and humorous atmosphere that involves filling stands with huge team banners, pictures of mask-wearing fans, or even vegetables.

FC Seoul said it was attempting to add “an element of fun” with the mannequins. The team said it was repeatedly reassured by Dalkom, the company that produced the mannequins, that they weren’t sexual products.

But when providing its products for the stadium, Dalkom reused some of the mannequins it previously supplied to another company, FC Seoul said.

The club's statement didn’t directly address criticism of why it chose to work with Dalkom, which does manufacture sex dolls, according to the company’s website, or why nearly all the mannequins at the stadium were female in design.

On Monday, South Korea reported 15 new cases of the coronavirus and one more death, bringing its totals to 11,065 cases and 263 fatalities. Its caseload has slowed from early March, when it was reporting 500 new cases per day, allowing officials to relax social distancing guidelines, schedule a reopening of schools, and allowing the return of professional sports.

The K-League has advised players to avoid excessive goal celebrations, while handshakes, spitting and talking closely with other players on the field are banned as part of its anti-virus measures.