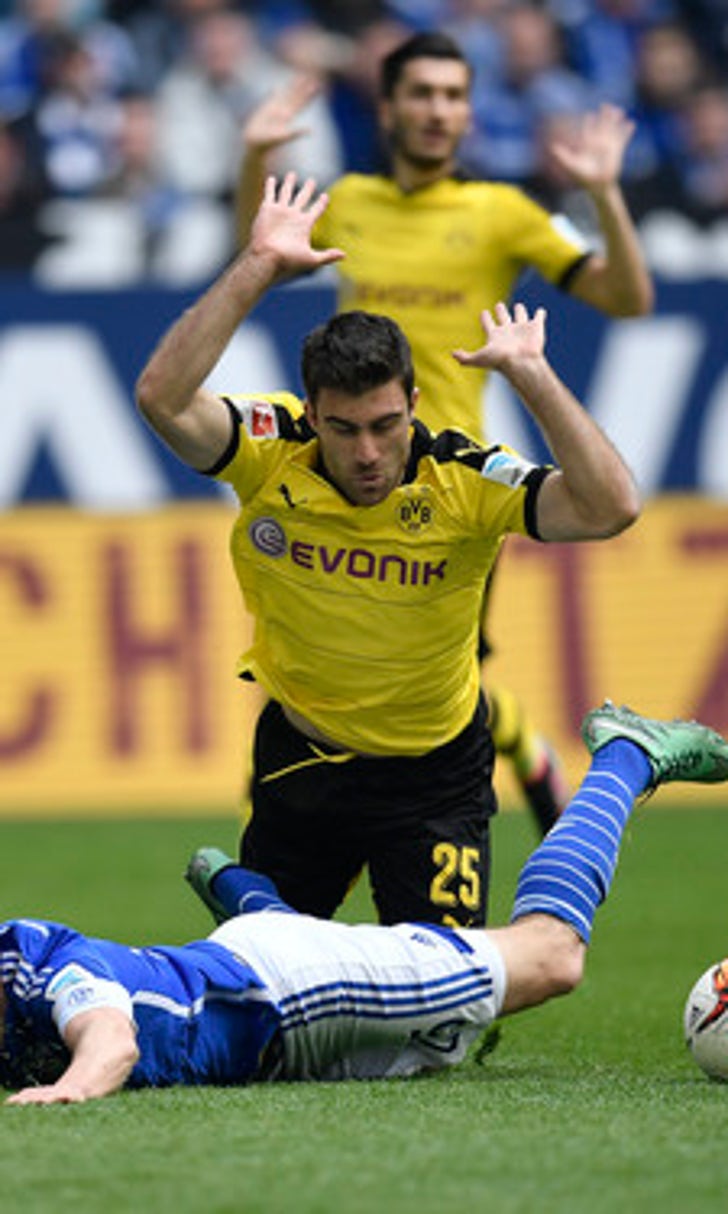 BERLIN (AP) Schalke held Borussia Dortmund to a hard-fought 2-2 draw in the Ruhr derby on Sunday, giving Bayern Munich a bonus in its quest for a fourth successive Bundesliga title.

Shinji Kagawa broke the deadlock for Dortmund with a wonderful chip in the 49th minute. The Japan star played the ball to Moritz Leitner, who returned it with his heel, and Kagawa then scooped it first time over the helpless goalkeeper.

Matthias Ginter restored the visitors' lead five minutes later, but Huntelaar equalized in the 66th after Sokratis Papastathopoulos dragged him down.