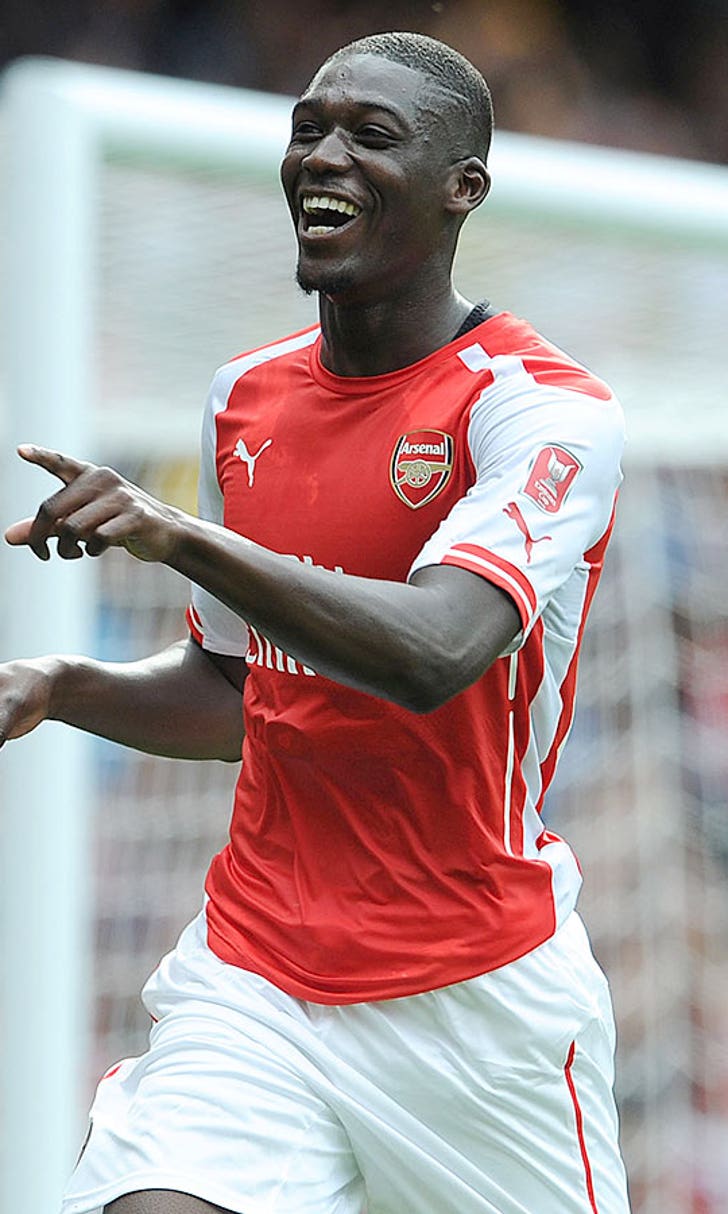 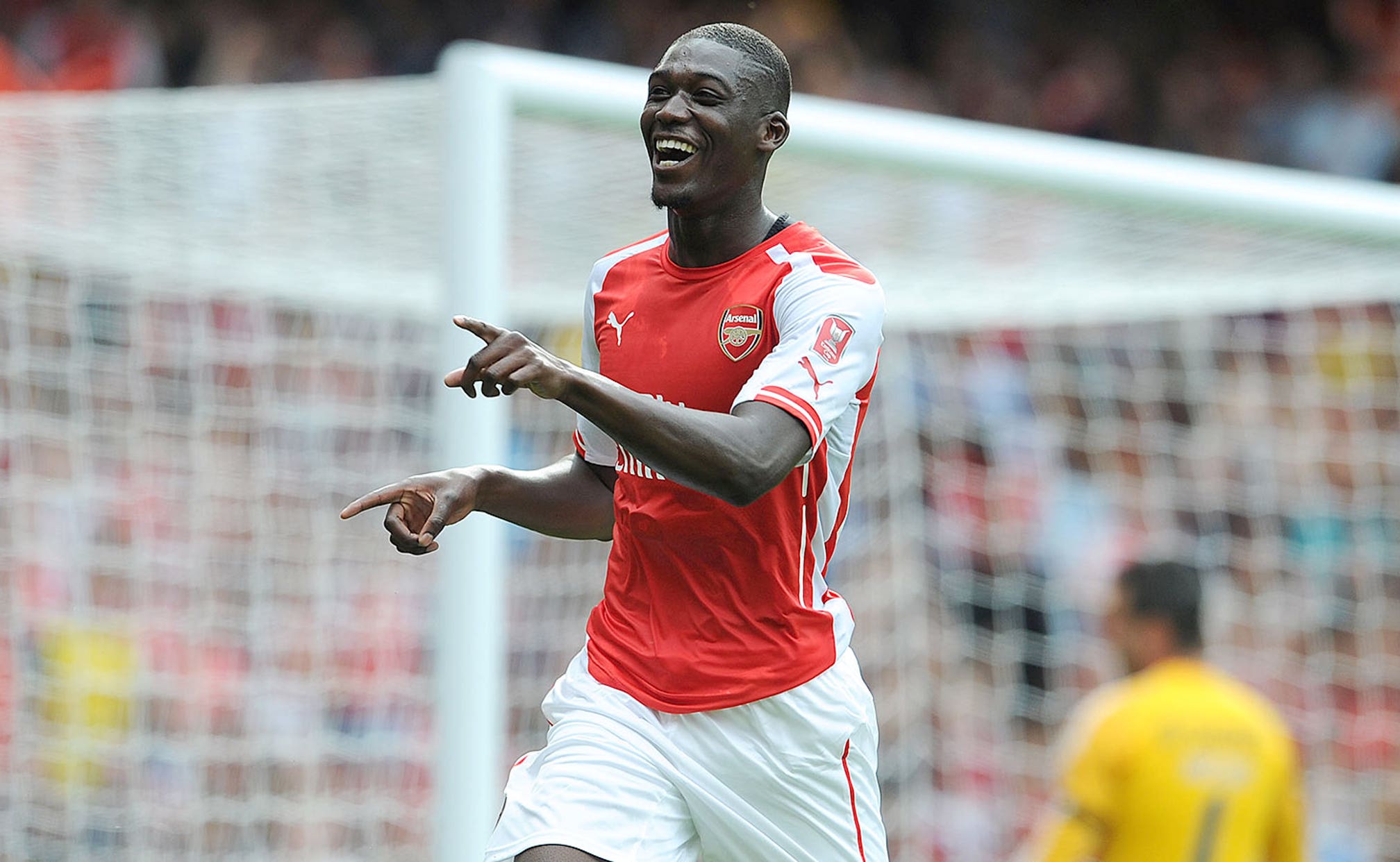 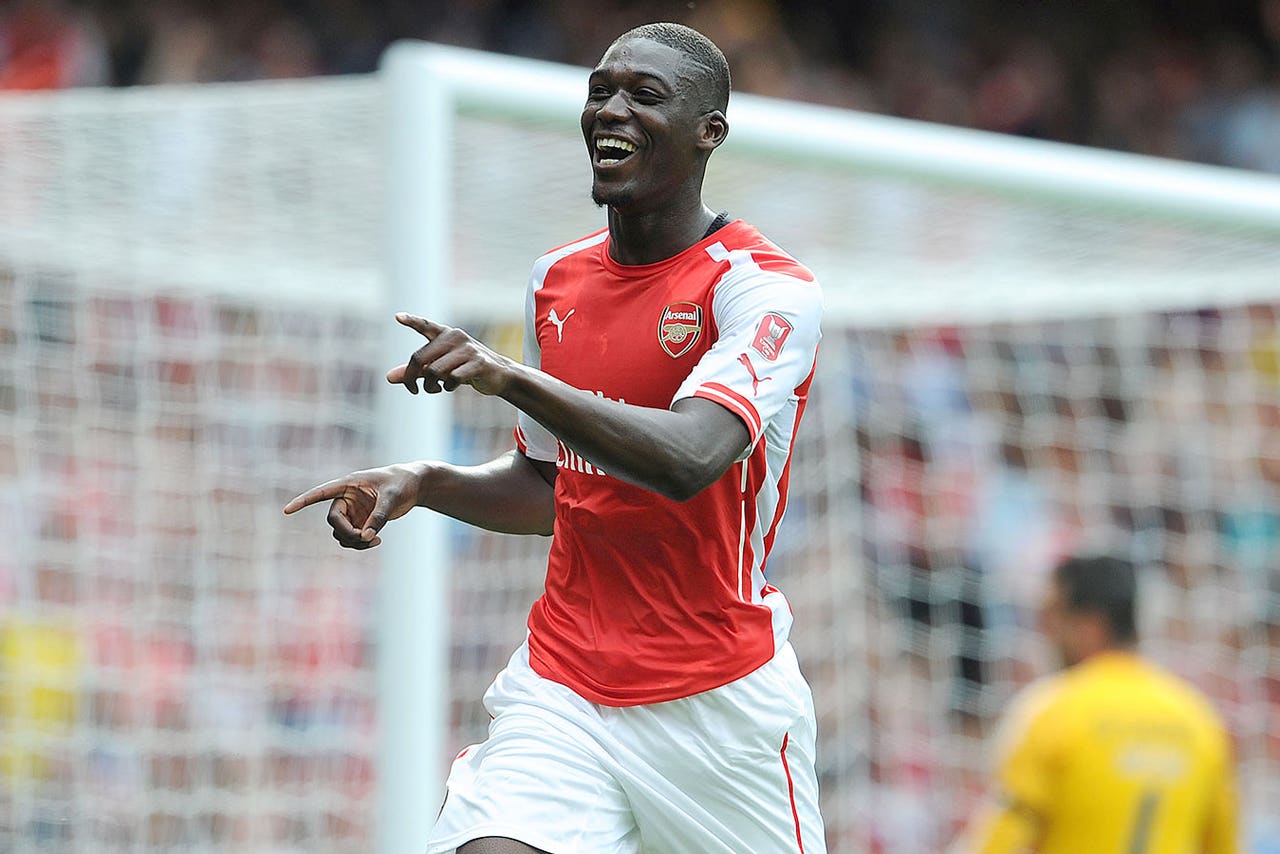 Arsenal boss Arsene Wenger was full of praise for his back-up strikers after Yaya Sanogo and Joel Campbell tore Benfica apart in a 5-1 win in the Emirates Cup on Saturday.

It was a timely reminder for Wenger that the forward pair have the capabalities to push Â£30million summer signing Alexis Sanchez, watching from the bench, and lead frontman Olivier Giroud all the way for the starting places up front in the new season.

France Under-21 striker Sanogo did not manage to find the net in any of his 14 appearances last season, when he had joined from Auxerre on a free transfer and saw his progress hampered by a back problem. He produced a clinical display, scoring four times while Costa Rica forward Joel Campbell, back from a loan spell at Olympiacos, bagged his first goal for the Gunners.

"Football always surprises you, not only you but me as well," said Wenger, who had drawn a lot of criticism for standing by Sanogo, the striker starting a crucial Champions League clash against Bayern Munich and also the FA Cup semi-final against Wigan at Wembley. They need to play of course, but they need to play here. Sanogo came last year on a free and we worked very hard for six months with him and from January onwards he was slowly getting better, now that we have worked very hard with him, we want him to stay here."

Wenger added: "Sanogo was injured for basically two years before he came to us. If you look at his goalscoring record before he got injured, it is quite frightening. For a while when he came back last season, he could not score. You could see when he scored the first goal today, suddenly they can rain in. He has a big future here, of course, he is 21."

And the praise didn't stop there. "Campbell has done very well. I like the way he plays," said Wenger of the Costa Rican winger. "He is good on the ball, creative and collectively as well he has a good balance between individual skill and collective attitude - that's not easy to find and there is no reason to let him go."

Sanchez came on for a late cameo and is expected to start against Monaco on Sunday. The arrival of the Chile forward from Barcelona after the World Cup was just one of several signings by Arsenal this summer, with France defender Mathieu Debuchy among the substitutes on Saturday, while teenager Calum Chambers, bought from Southampton for Â£16million, produced a composed display at centerback.

Arsenal are expected to further strengthen ahead of the end of the transfer window, and had been heavily linked with Real Madrid's World Cup-winning midfielder Khedira. Asked if Arsenal had inquired about Khedira's availability, Wenger responded. "What is inquire for you?"

The Gunners boss was then asked if he thought the player was available, to which he replied with a smile before leaving. "I don't know. If I read the newspapers, he is available. Thank you."