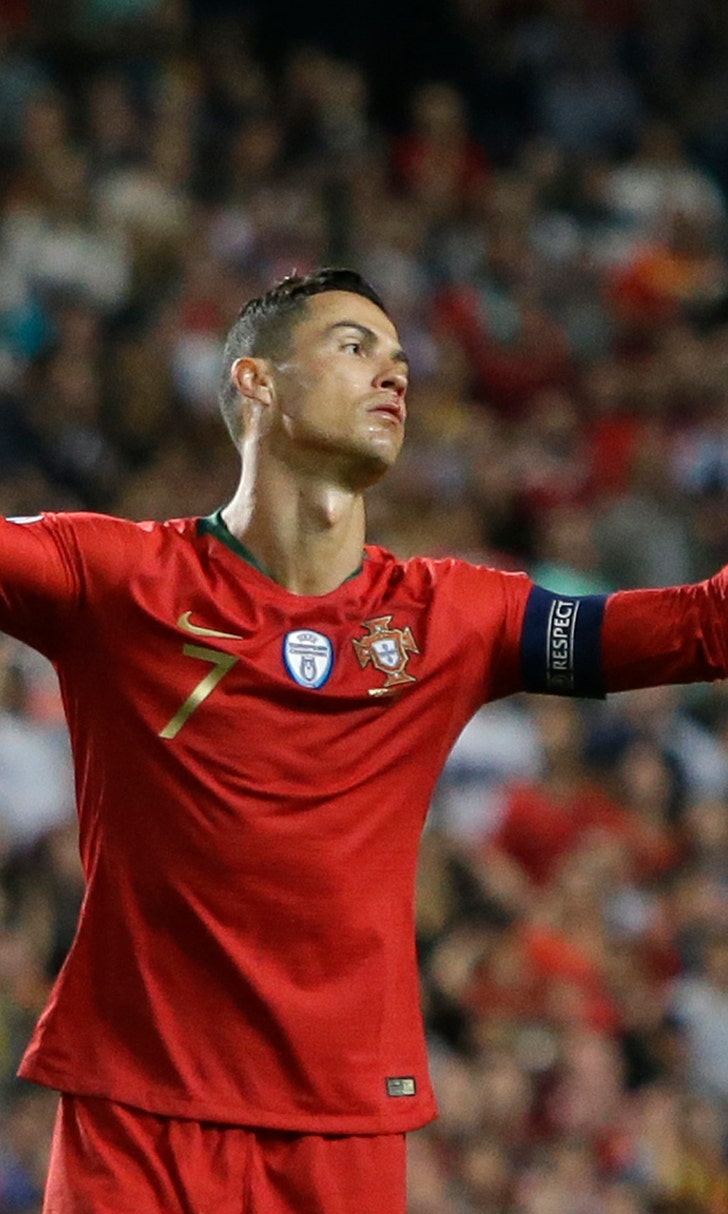 LISBON, Portugal (AP) — Cristiano Ronaldo is optimistic he will recover quickly from a right leg injury that limited him to playing half an hour in Portugal's 1-1 draw against Serbia in qualifying for the 2020 European Championship on Monday.

Ronaldo pulled up hurt while sprinting to try to reach a long pass, and limped off at the Stadium of Light in Lisbon.

Team doctors said Ronaldo will undergo tests, but the star forward said he was not too concerned about his injury.

"I'm not worried, I know my body," Ronaldo told Portuguese media. "I should be back in one or two weeks."

The 34-year-old Ronaldo sat by the sideline and removed the captain's armband before doctors arrived and treated what appeared to be his right hamstring.

The forward, who had already been treated for a bleeding nose earlier in the match, walked back to the bench on his own after being replaced by Pizzi Fernandes. Ronaldo stayed on the bench throughout the match, cheering on his teammates.

Ronaldo was playing his second match with the national team since the World Cup. On Friday, he was held scoreless as the defending European champions drew their first qualifier against Ukraine.