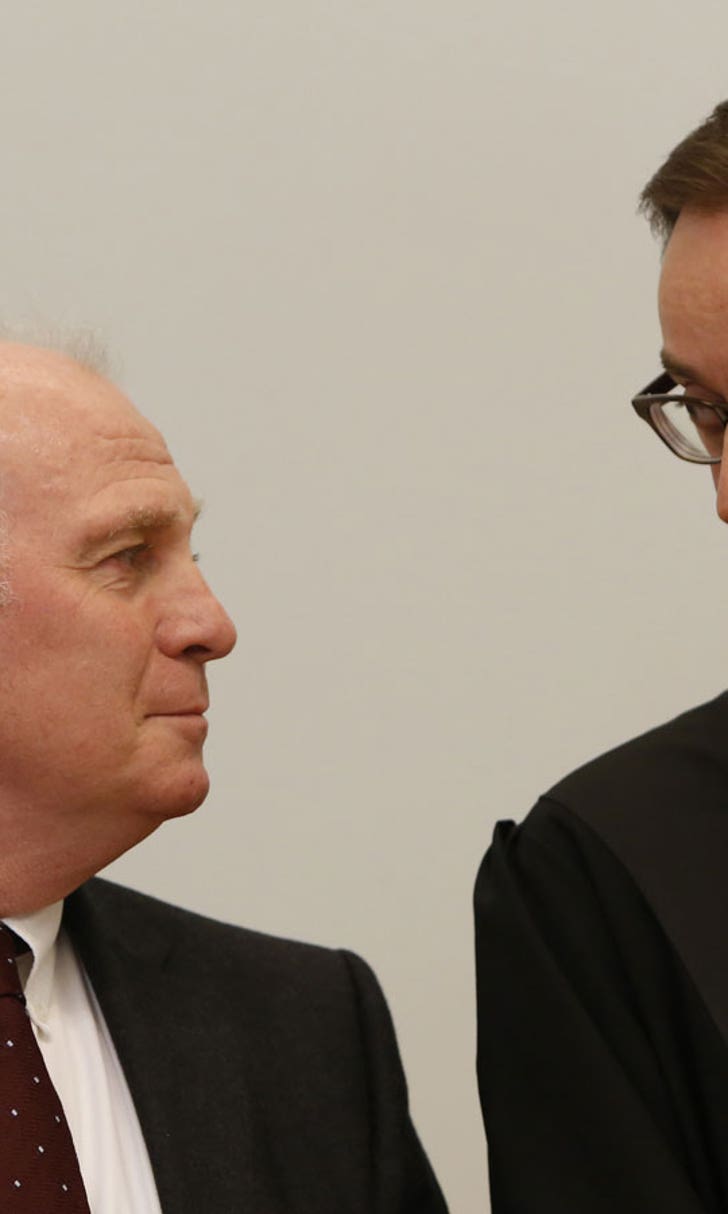 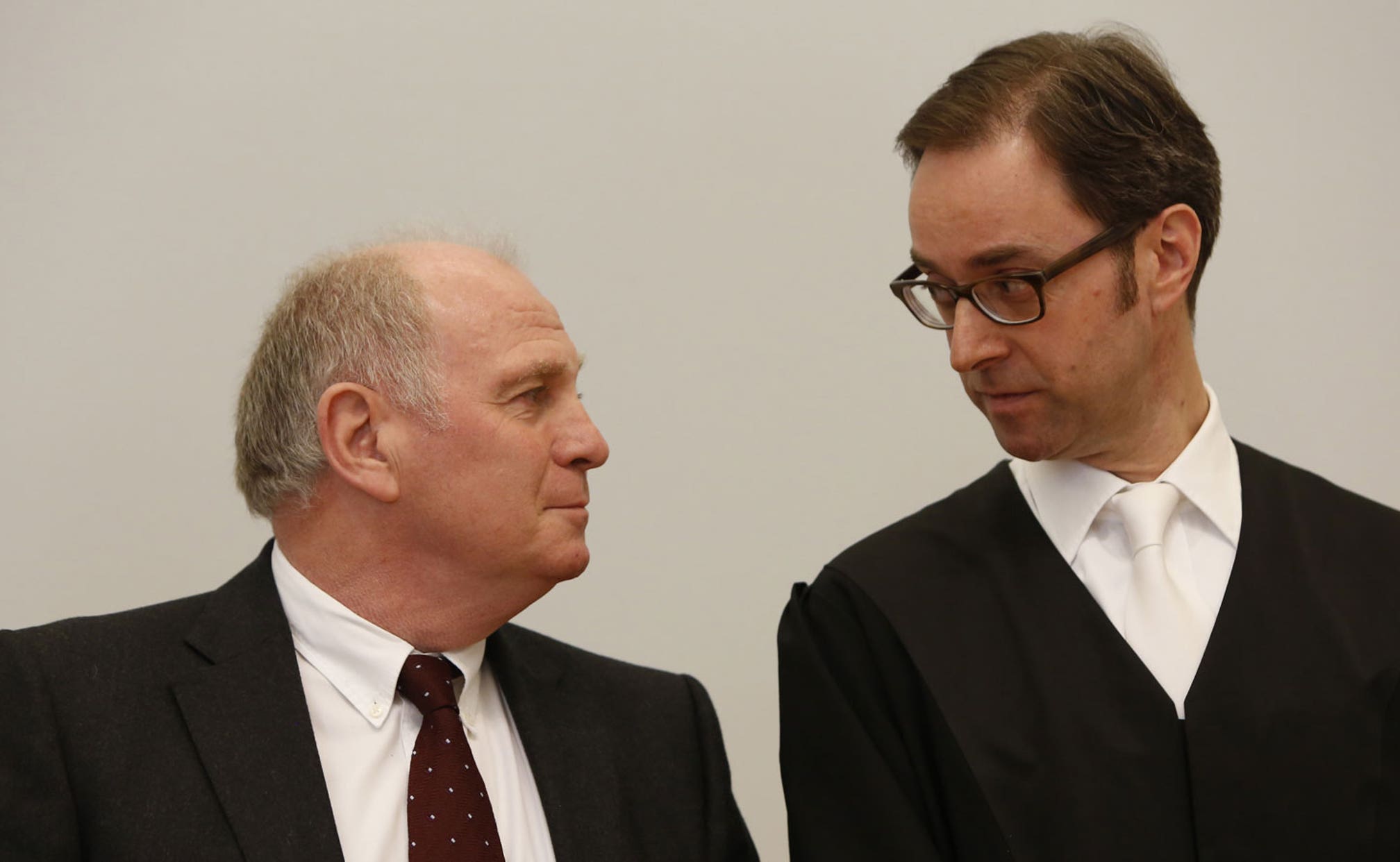 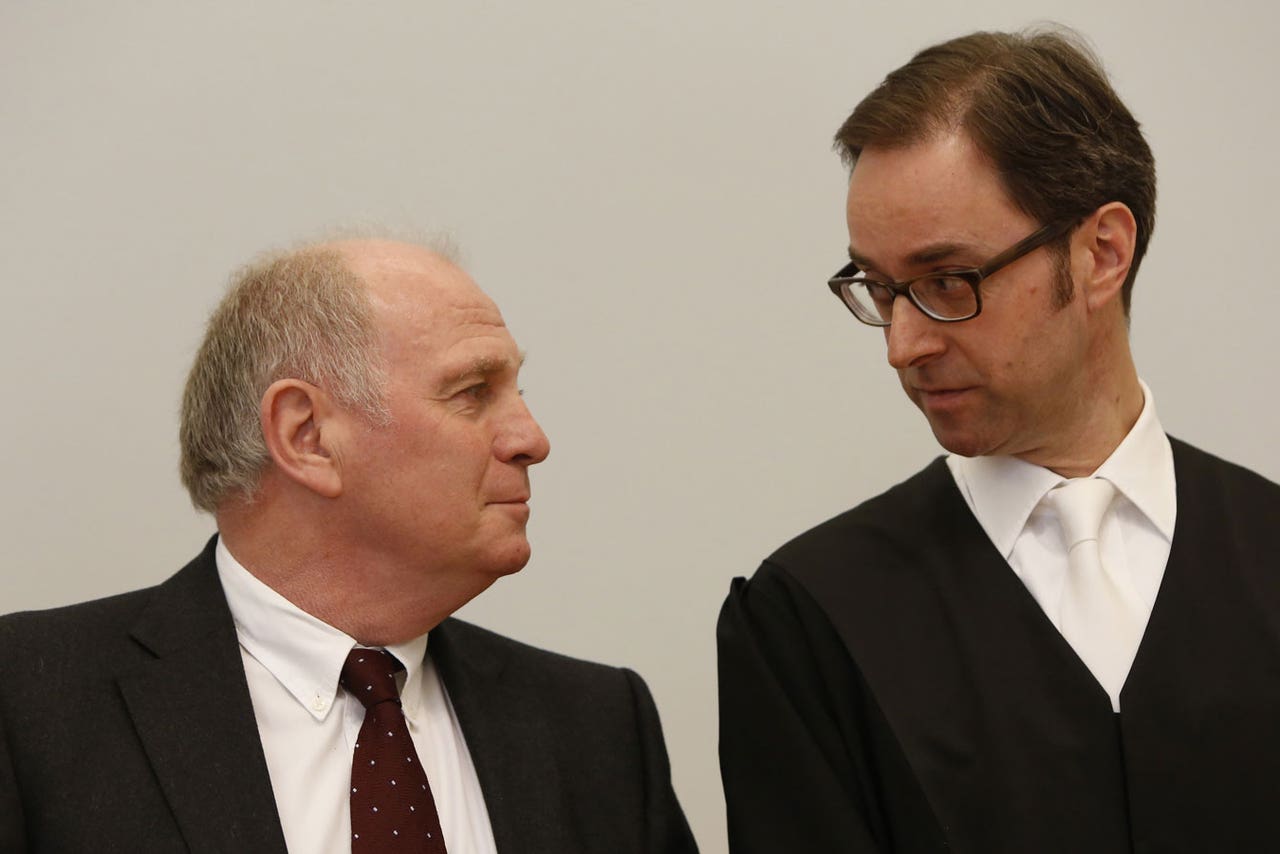 Prosecutors are asking for more than five years in prison for Bayern Munich president Uli Hoeness, who has admitted to evading millions of euros (dollars) in taxes.

The 62-year-old Hoeness was charged with dodging 3.5 million euros ($4.85 million) in taxes, but when his trial opened Monday he admitted avoiding 15 million euros more. Then it came out through an examination of documents he provided to investigators shortly before the trial that he owed 27.2 million euros in total - a number Hoeness did not dispute.

If found guilty, punishment can range between a fine and 10 years in prison.

A verdict is expected later Thursday.