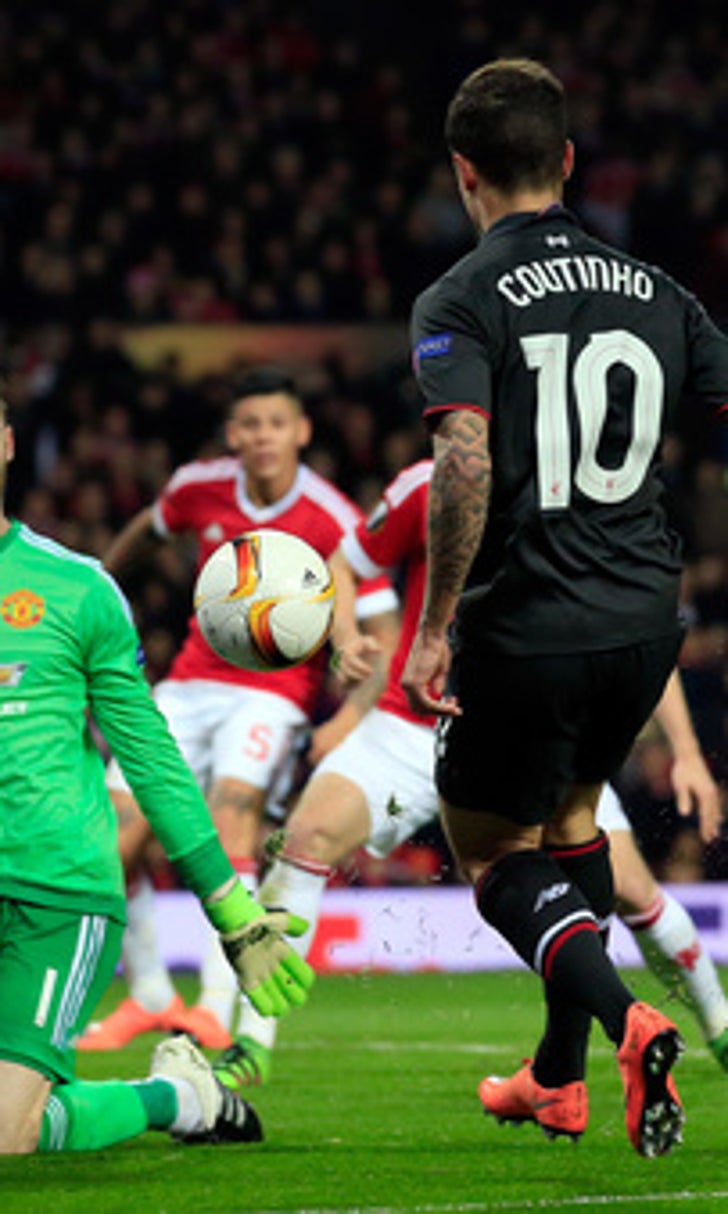 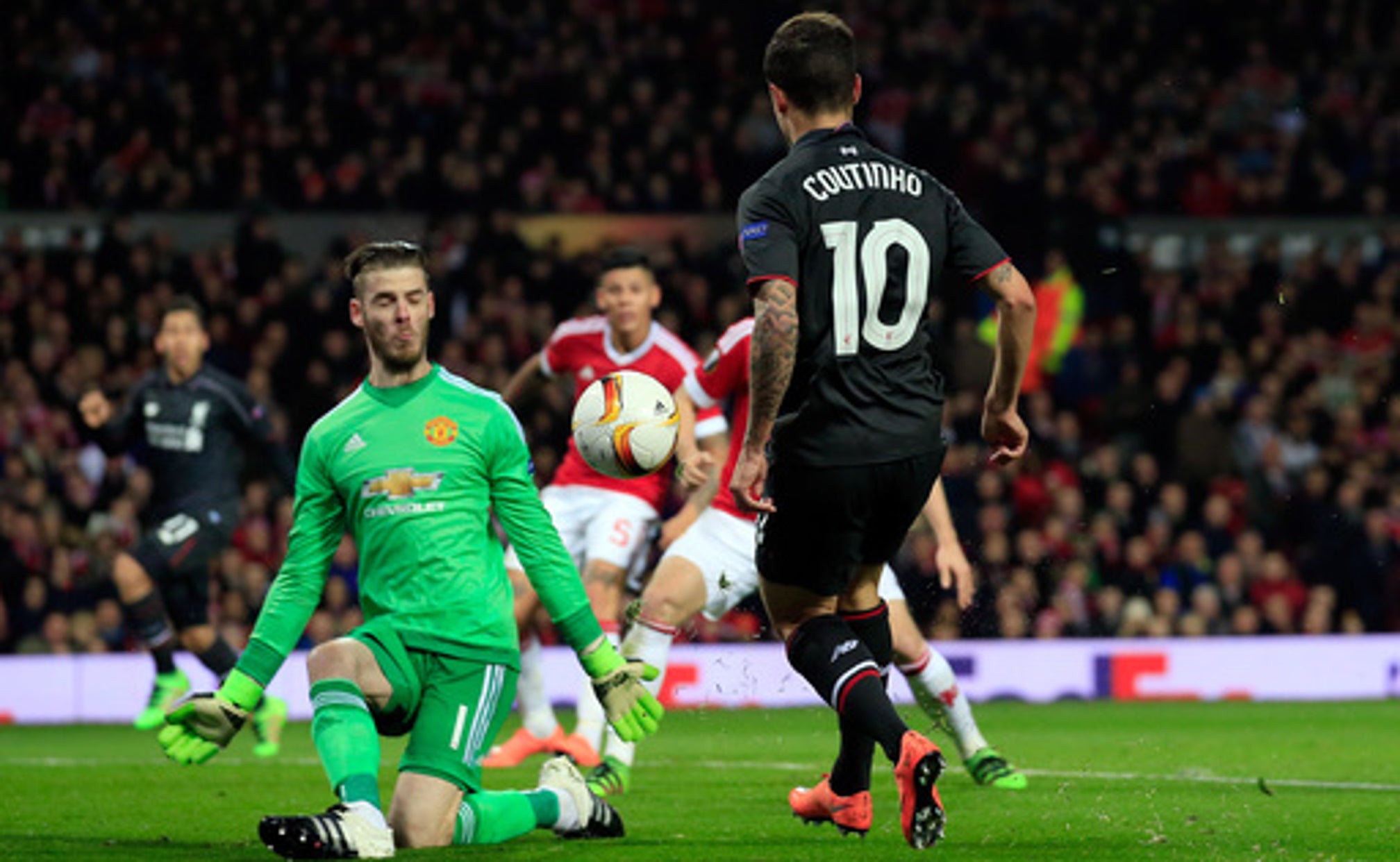 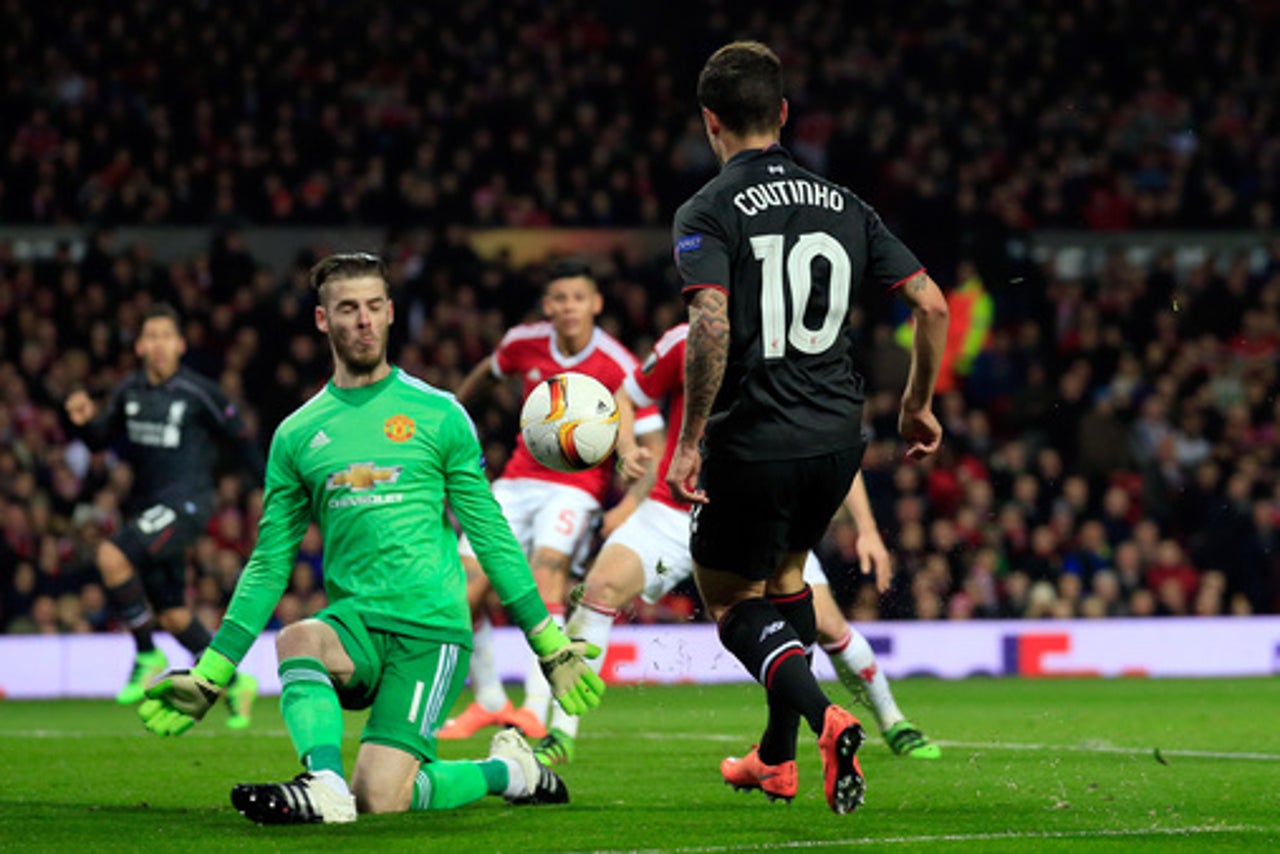 Liverpool drew 1-1 with United at Old Trafford to seal a 3-1 aggregate victory, with Coutinho scoring the equalizer - and all-important away goal - on the stroke of halftime by dribbling into the box and applying an extravagant chip for his finish.

Sevilla - seeking a third straight Europa League title - beat Basel 3-0 to advance by the same score on aggregate, and the prolific Pierre-Emerick Aubameyang scored Dortmund's goals in a 2-1 win at Tottenham for 5-1 overall.

Sparta Prague eliminated Lazio by winning 3-0 away in the round's big upset.