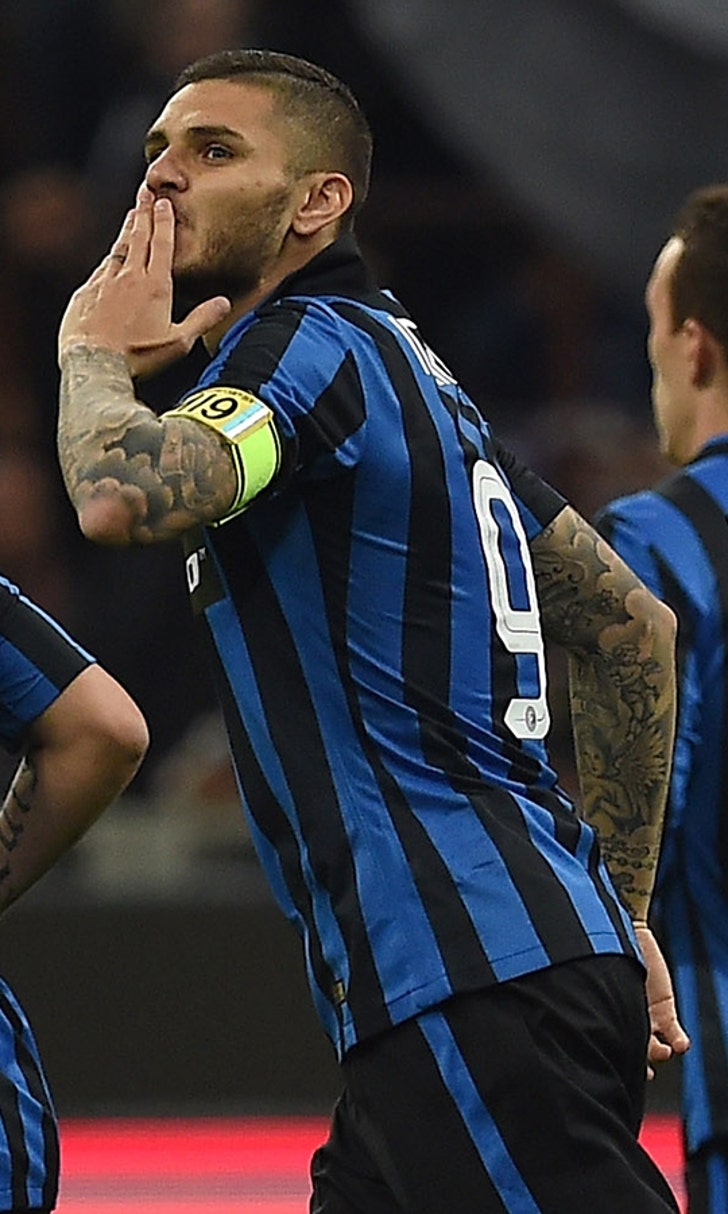 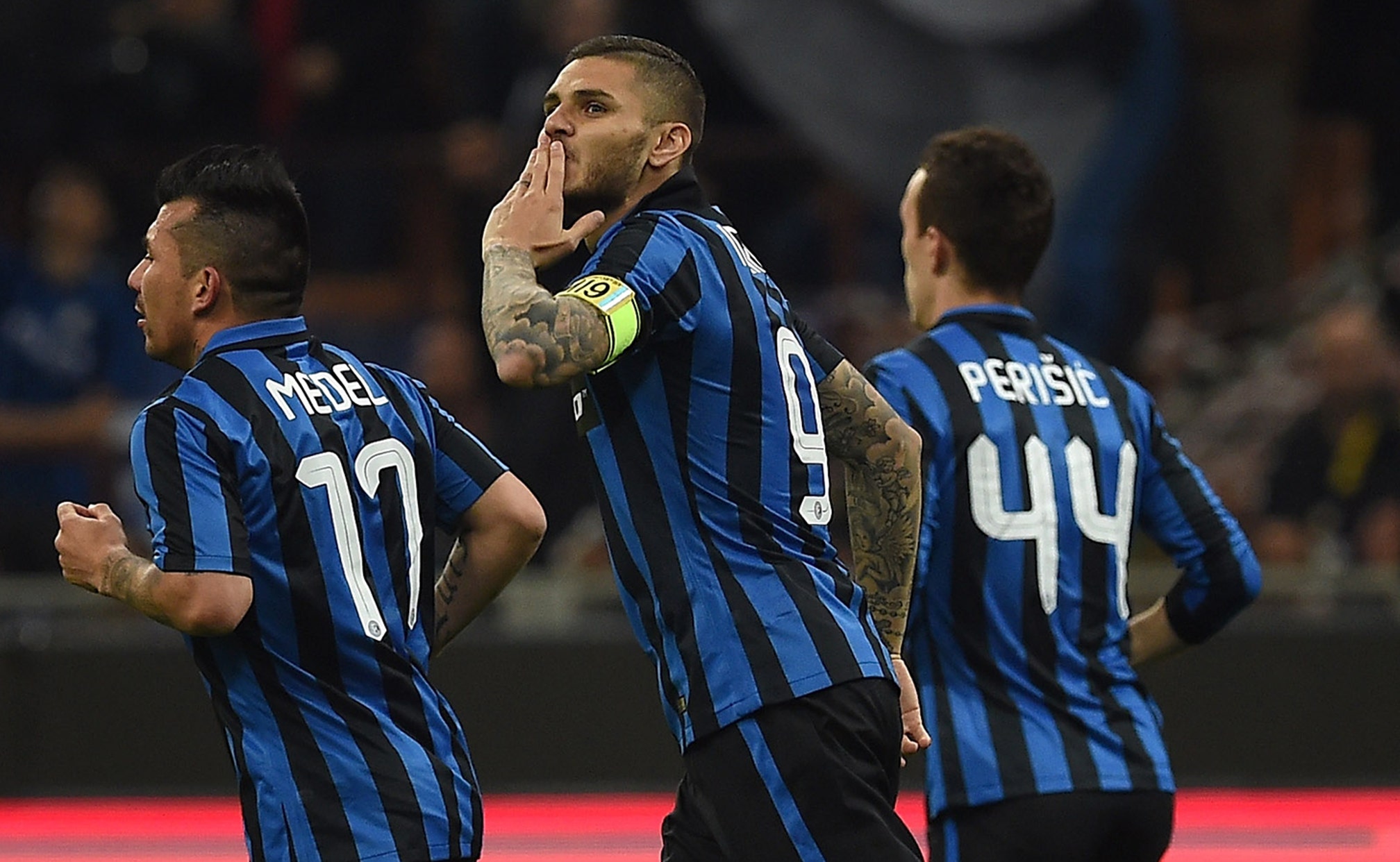 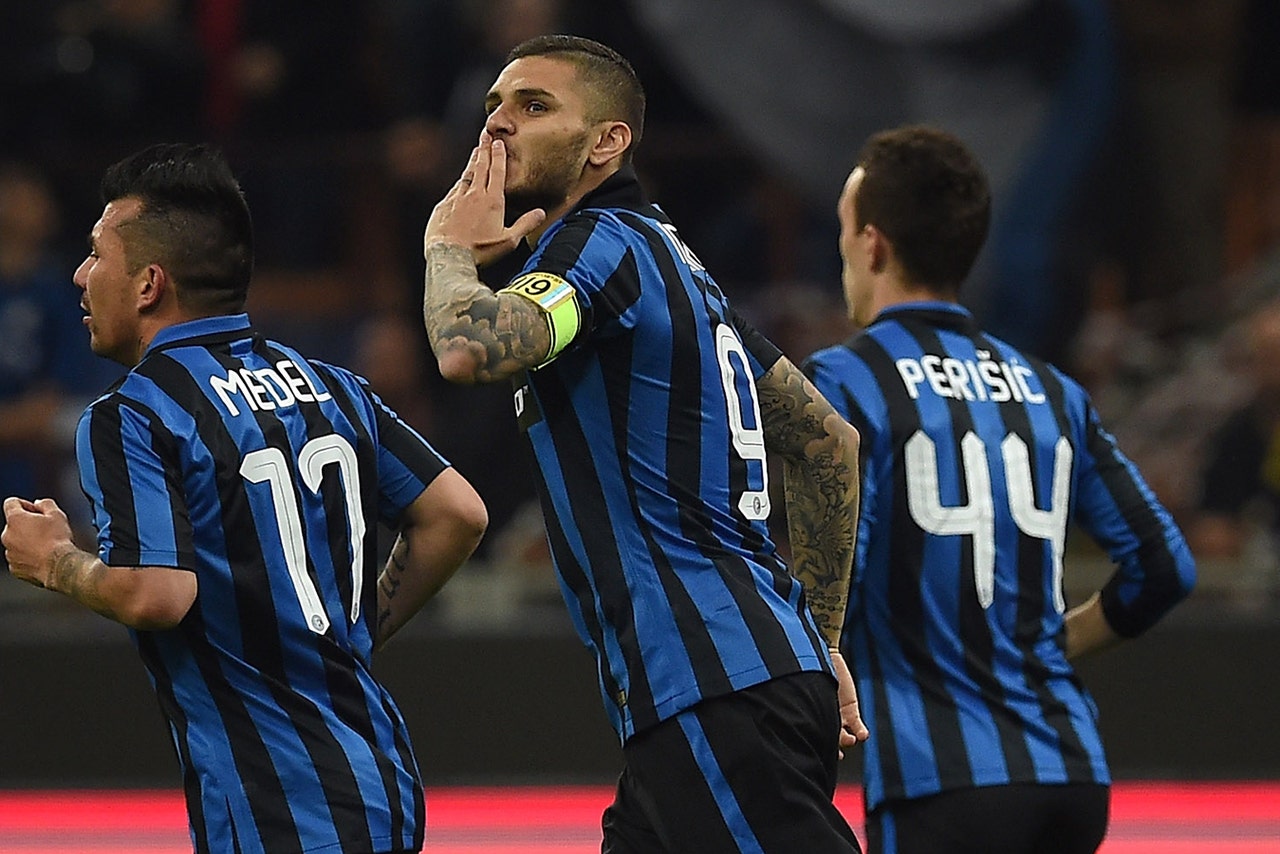 MILAN -- Any slim hope Napoli had of snatching the Serie A title evaporated as it lost 2-0 at Inter Milan, which boosted its chances of qualifying for the Champions League on Saturday.

Napoli remained second but league leader Juventus can move nine points clear with a victory over relegation-threatened Palermo on Sunday.

Second spot was also at risk as Roma can close the gap to three points with a win at Atalanta.

There are five rounds left.

Inter is provisionally three points behind Roma and the final Champions League qualifying spot after Mauro Icardi scored one and created another for Marcelo Brozovic.

Icardi was substituted two minutes from time and went off to a standing ovation.

"I always said that we are a team that can fight for the top spots," Icardi said. "We showed it tonight and in the Italian Cup against Juve. We had an extraordinary first half of the season, we did badly in January, now let's see where we can finish.

"We have to think about ourselves only and then we will see at the end of the season what the other teams will have done, too."

Earlier, Carpi boosted its chances of escaping relegation as it came back to beat 10-man Genoa 4-1 and move three points clear of 18th-place Palermo.

It was the first time that Carpi, which is in its first ever season in the Italian top flight, scored more than two goals in a Serie A match.

Torino won at Bologna 1-0 thanks to a stoppage-time penalty.

Napoli star striker Gonzalo Higuain was serving the second of a three-match suspension -- reduced from four on appeal.

Without him, Napoli dominated possession but struggled to create anything of note.

Inter got off to the perfect start with a fourth-minute goal. Icardi brought down a long ball over the top from Gary Medel with his right foot and flicked it past Pepe Reina with his left. Television replays appeared to show that Icardi was marginally offside.

Napoli almost leveled on the half hour but Samir Handanovic did well to parry Allan's fierce shot from distance.

Inter threatened to double its lead and did so moments from the interval as Icardi sprung the offside trap again and flicked the ball across for Brozovic to lift over the onrushing Reina.

It was almost 3-0 when Reina lost the ball after colliding with a teammate but Stevan Jovetic's chipped effort was headed off the line by Kalidou Koulibaly.

In Modena, Leonardo Pavoletti fired Genoa in front but the match changed in first-half stoppage time when Armando Izzo was sent off for a second booking.

Carpi immediately made the numerical advantage count as Antonio Di Gaudio leveled with an overhead strike, and Lorenzo Lollo gave the home side the lead moments later.

Lorenzo Pasciuti and Stefano Sabelli sealed the win in the second half.