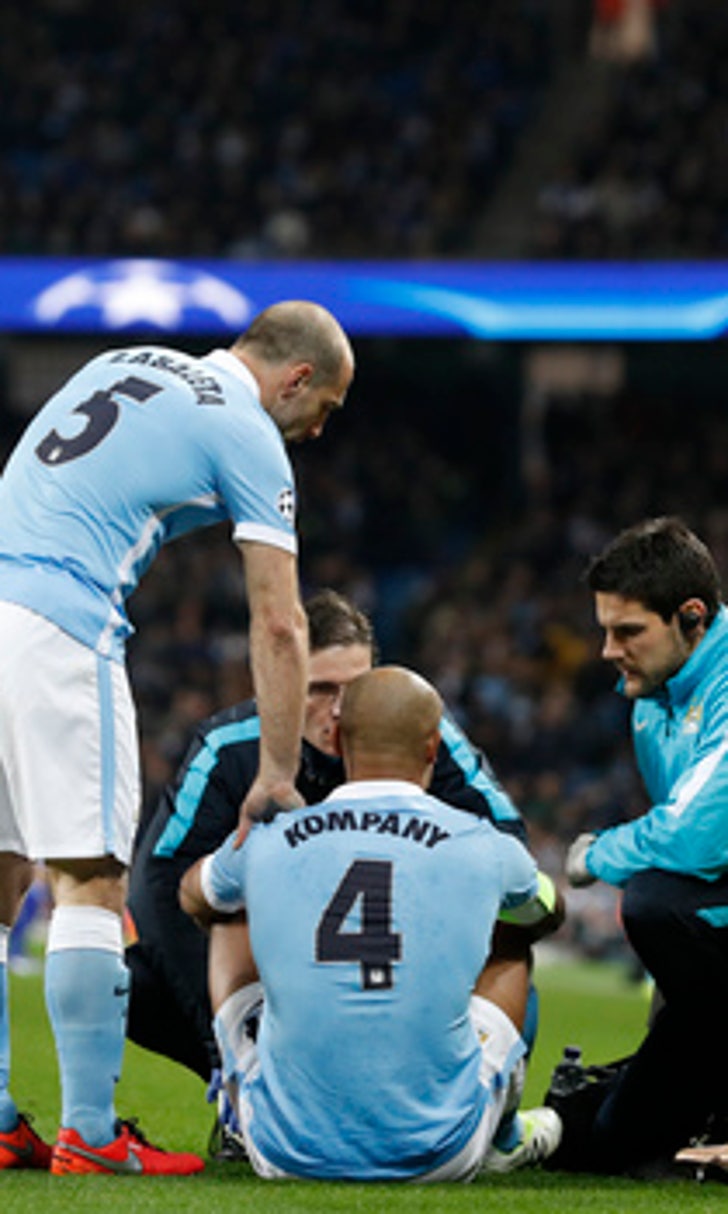 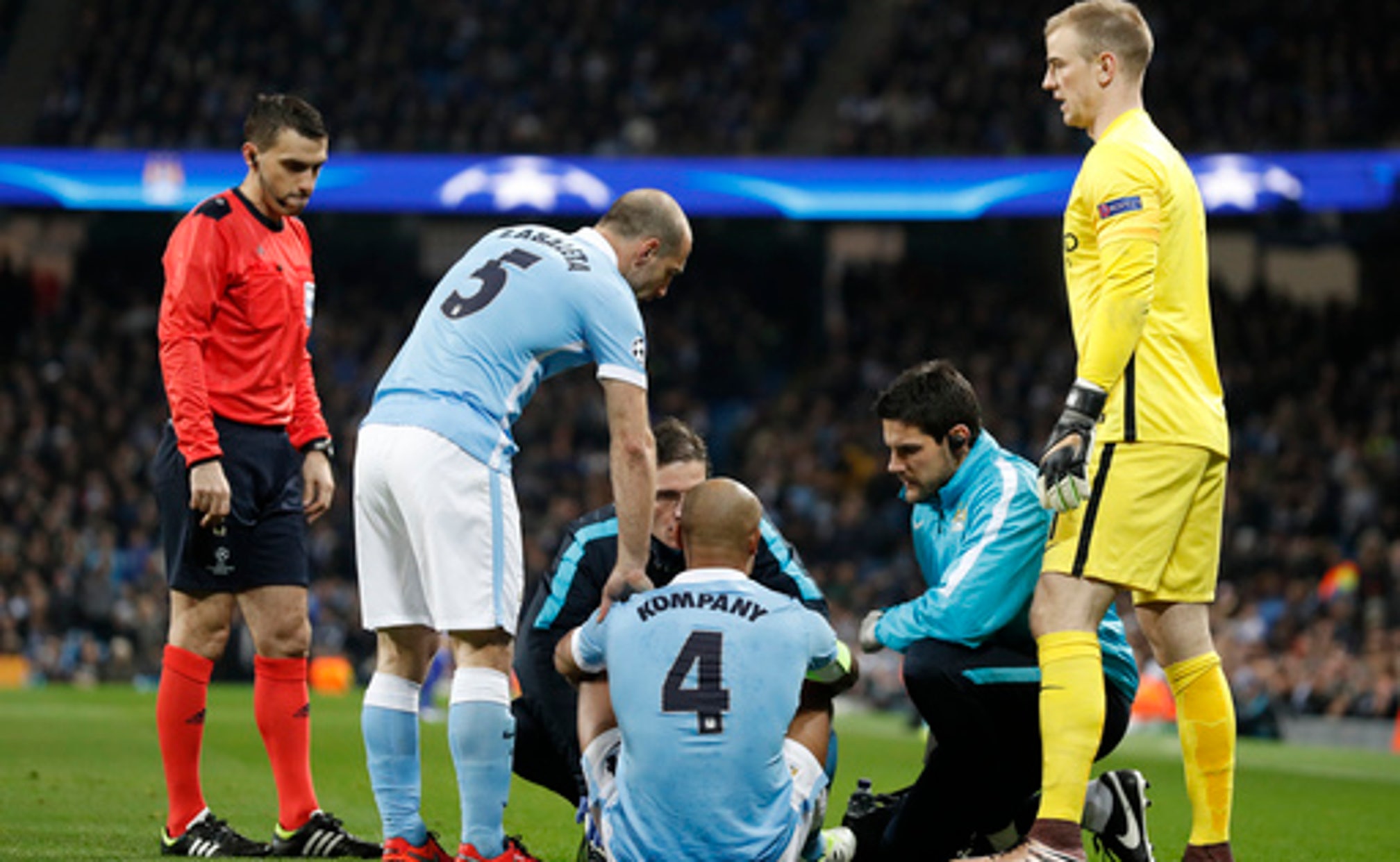 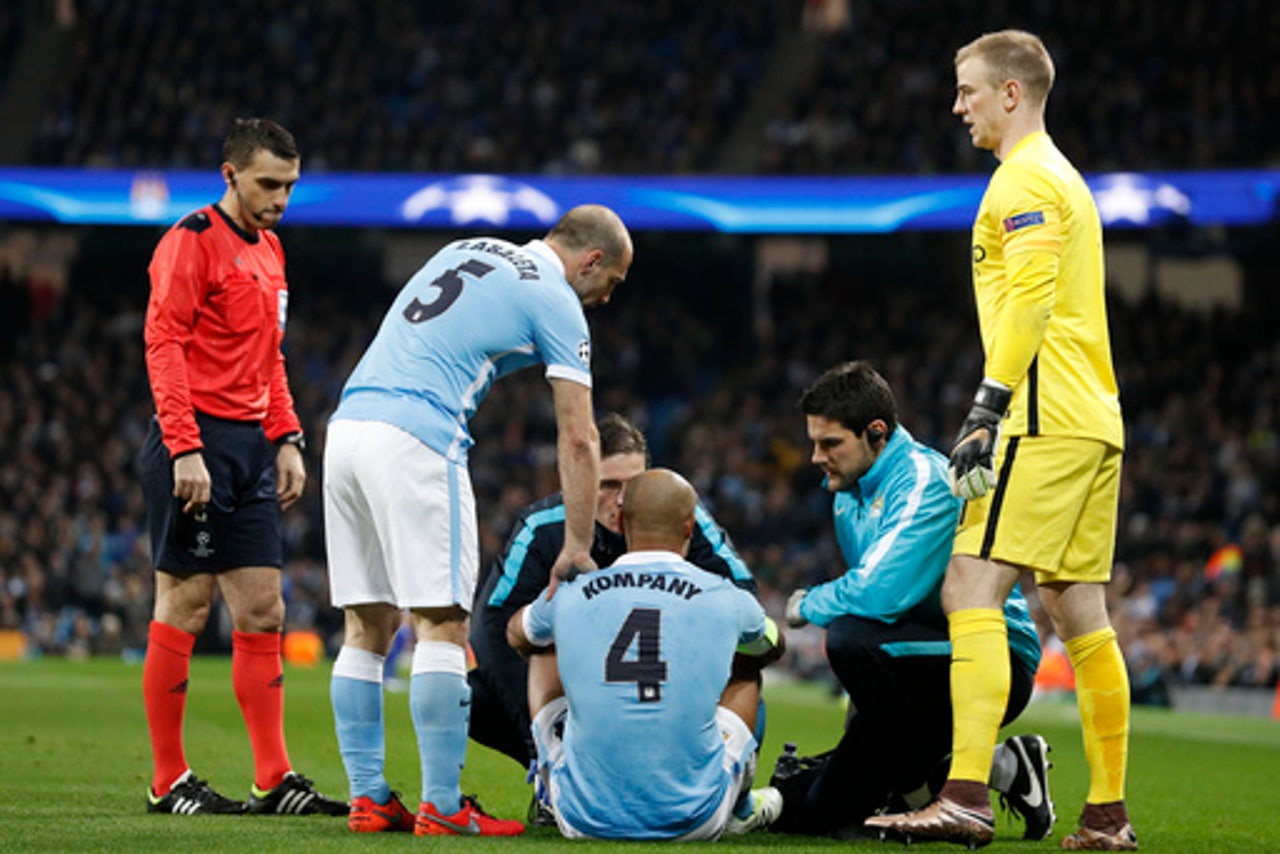 MANCHESTER, England (AP) Manchester City reached the Champions League quarterfinals for the first time after a 0-0 draw with Dynamo Kiev on Tuesday, a bittersweet evening for the English team because of injuries to starting center backs Vincent Kompany and Nicolas Otamendi.

City won 3-1 on aggregate in the last 16, with the damage done in the first leg in Kiev three weeks ago.

The injuries to Kompany and Otamendi - both sustained inside the first 23 minutes - were the major incidents in a soporific match at Etihad Stadium as City advanced with the minimum of concern but without impressing, either.