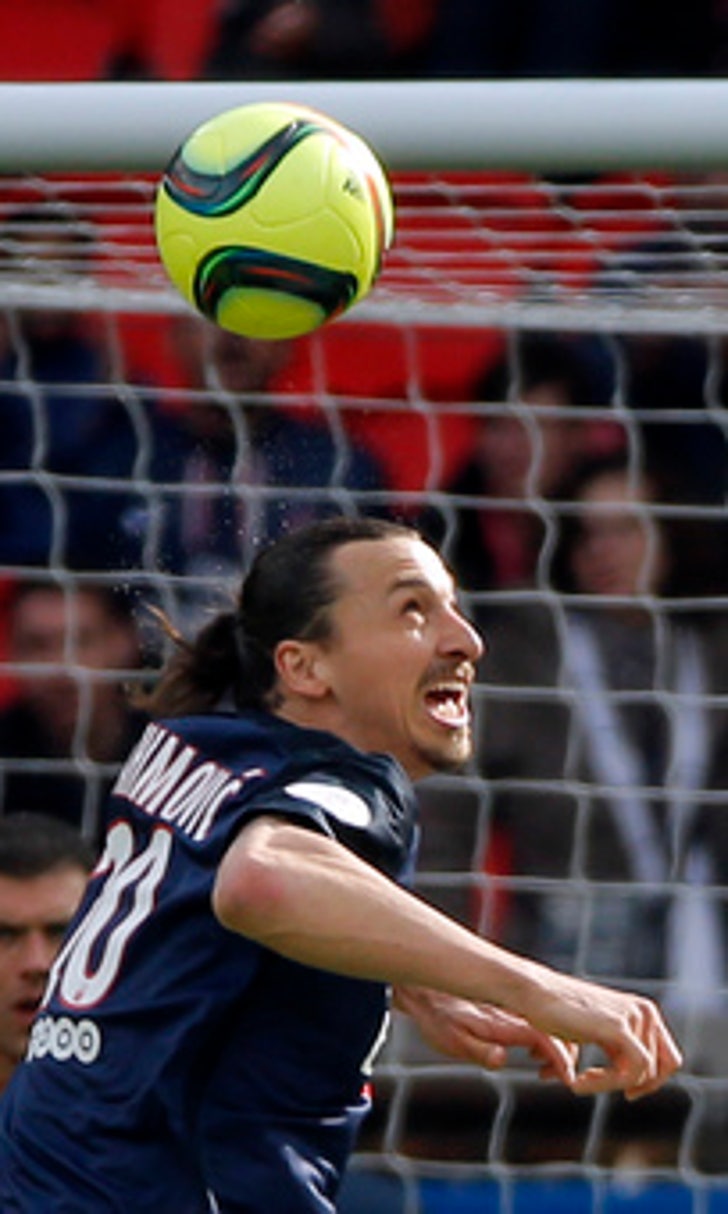 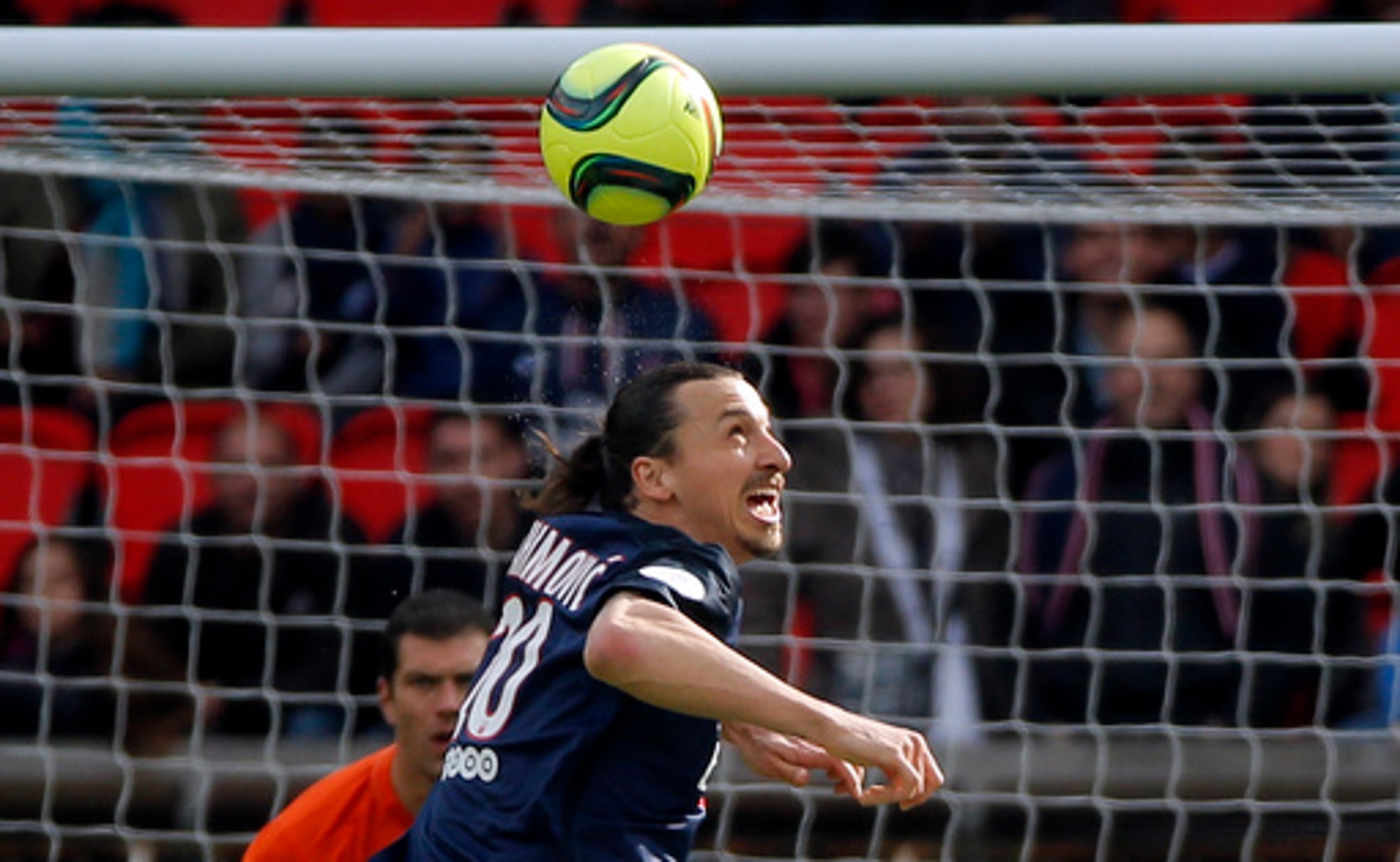 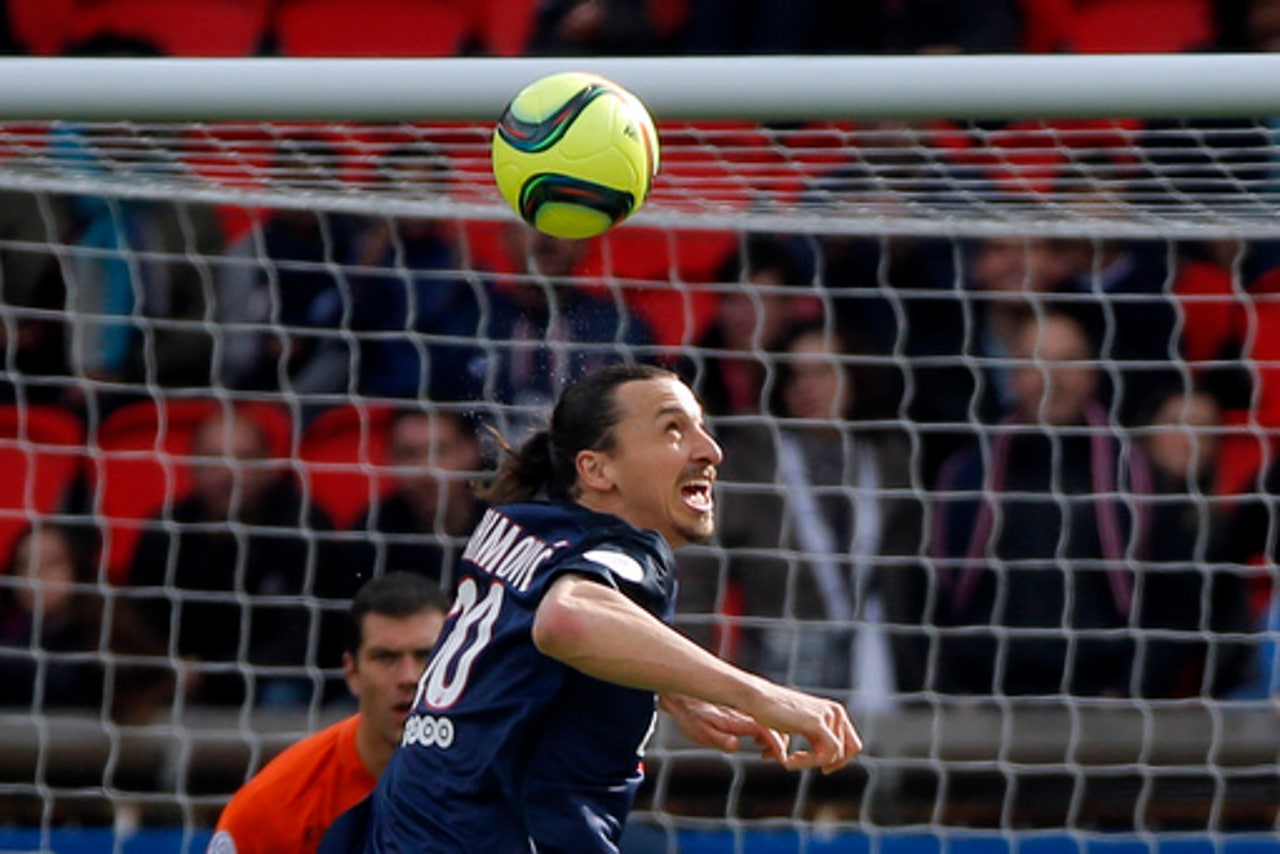 PARIS (AP) Zlatan Ibrahimovic scored a brace to set up a personal goal record in the French league, taking his tally to 32 this season as Paris Saint-Germain returned to winning ways with a 6-0 thrashing of Caen on Saturday.

After exiting the Champions League in the quarterfinals with a 1-0 loss at Manchester City, PSG players picked up where they left off on the domestic stage to seal a 27th win in 34 matches.

Ibrahimovic, the league top-scorer, slotted home with a low shot past keeper Remy Vercoutre in the 12th minute and added another in the second half. It's the most goals scored in a season by the 34-year-old Sweden international during his career.