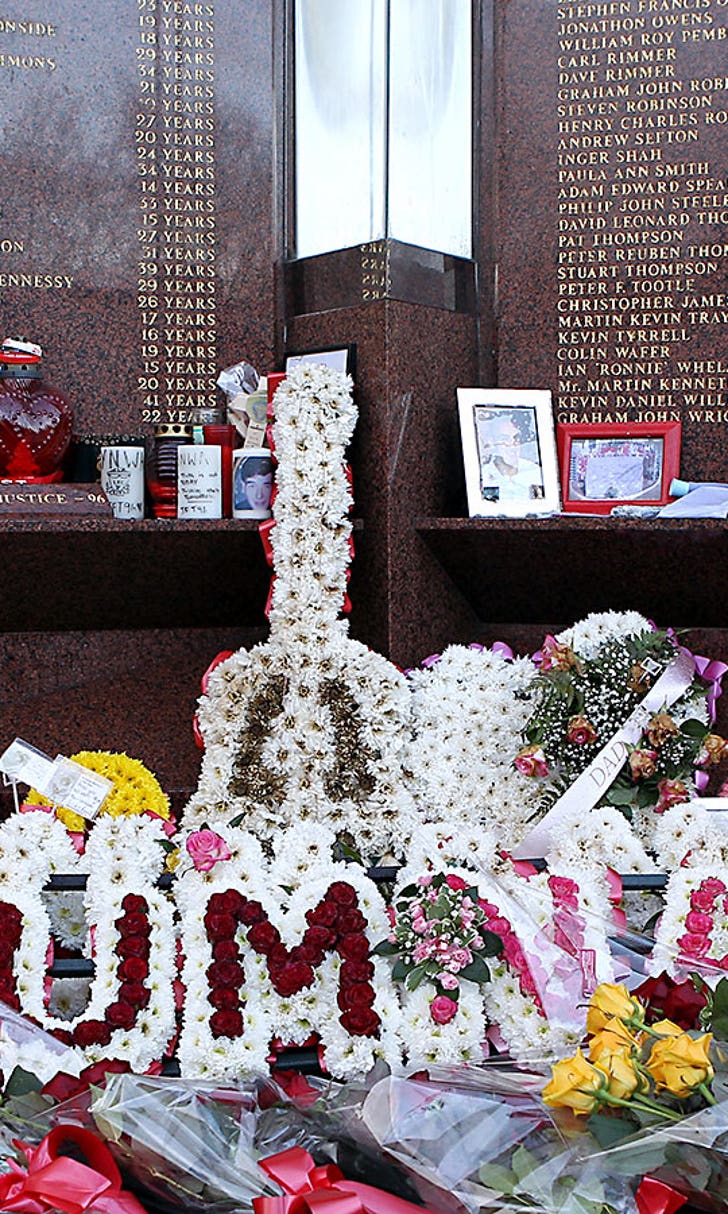 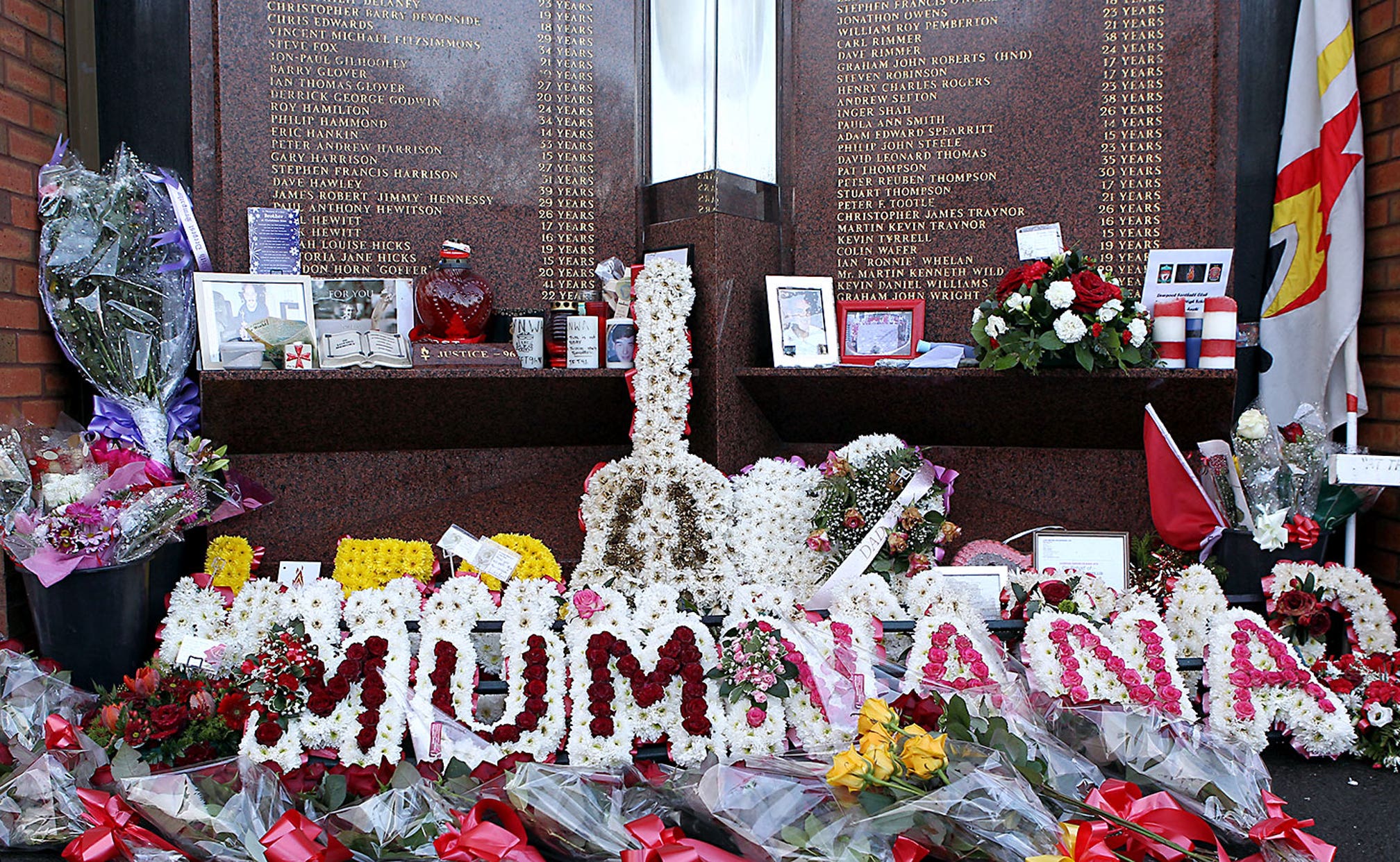 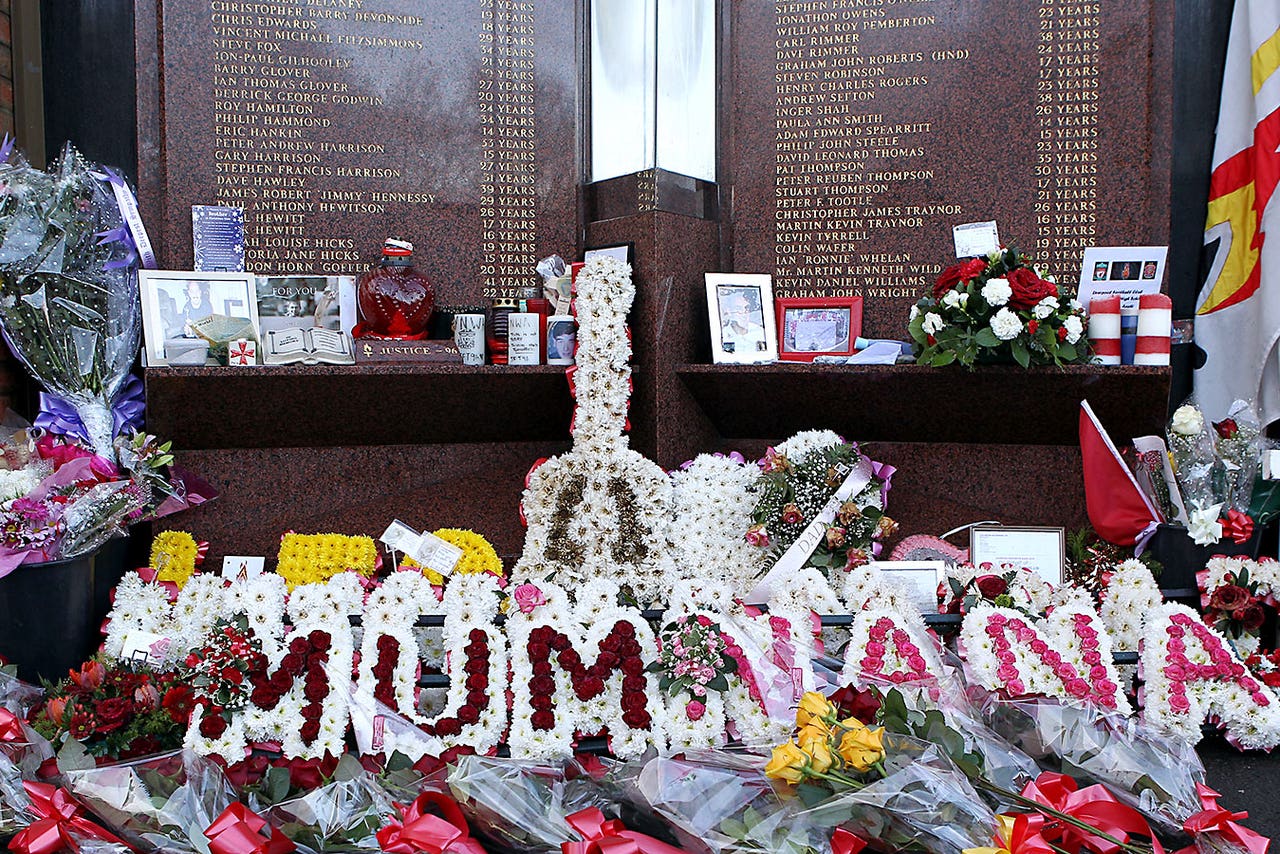 LIVERPOOL, England -- Liverpool fans held up a mosaic spelling out ''96 25 years'' during a minute's silence to mark the 25th anniversary of the Hillsborough Stadium disaster, ahead of the club's Premier League match against Manchester City at Anfield on Sunday.

Former City players Mike Summerbee, Joe Corrigan and Tony Book presented a floral tribute of 96 blue-and-red roses to Liverpool greats Kenny Dalglish and Ian Rush before kickoff in honor of the Liverpool fans who died in the tragedy.

Ninety-six supporters were killed after a crush in an overcrowded standing-only section during an FA Cup semifinal against Nottingham Forest at Sheffield Wednesday's Hillsborough ground in 1989. Play was halted in the sixth minute.