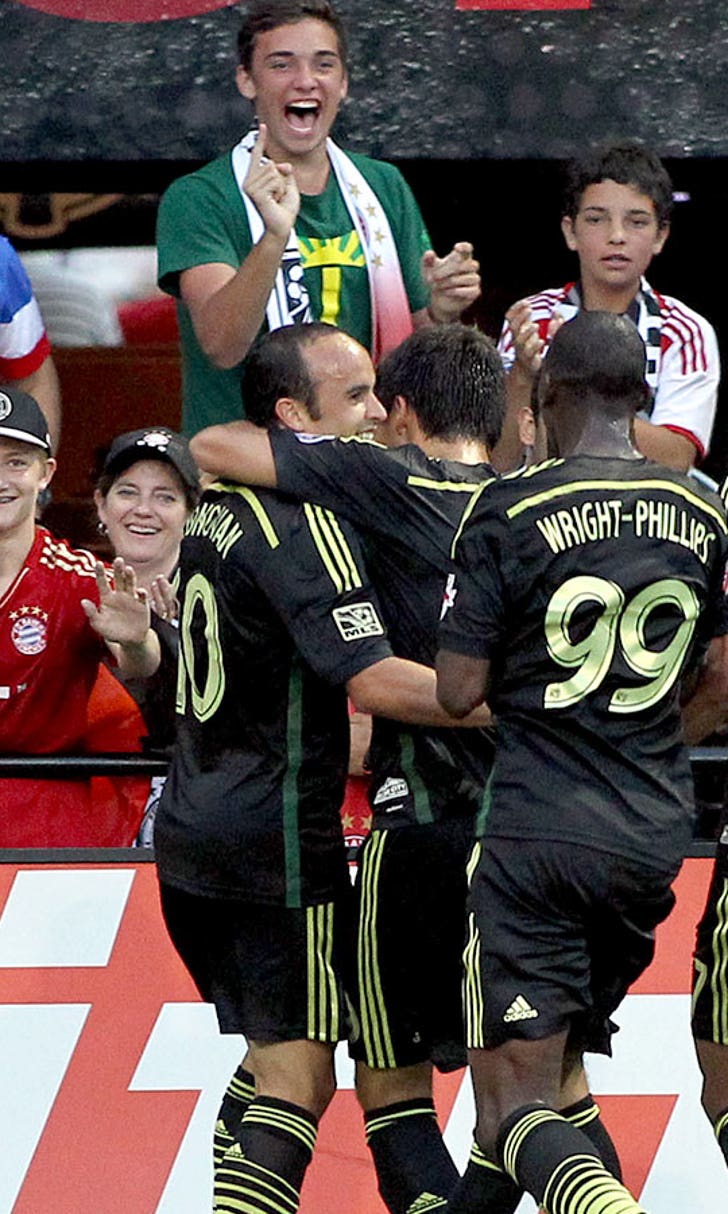 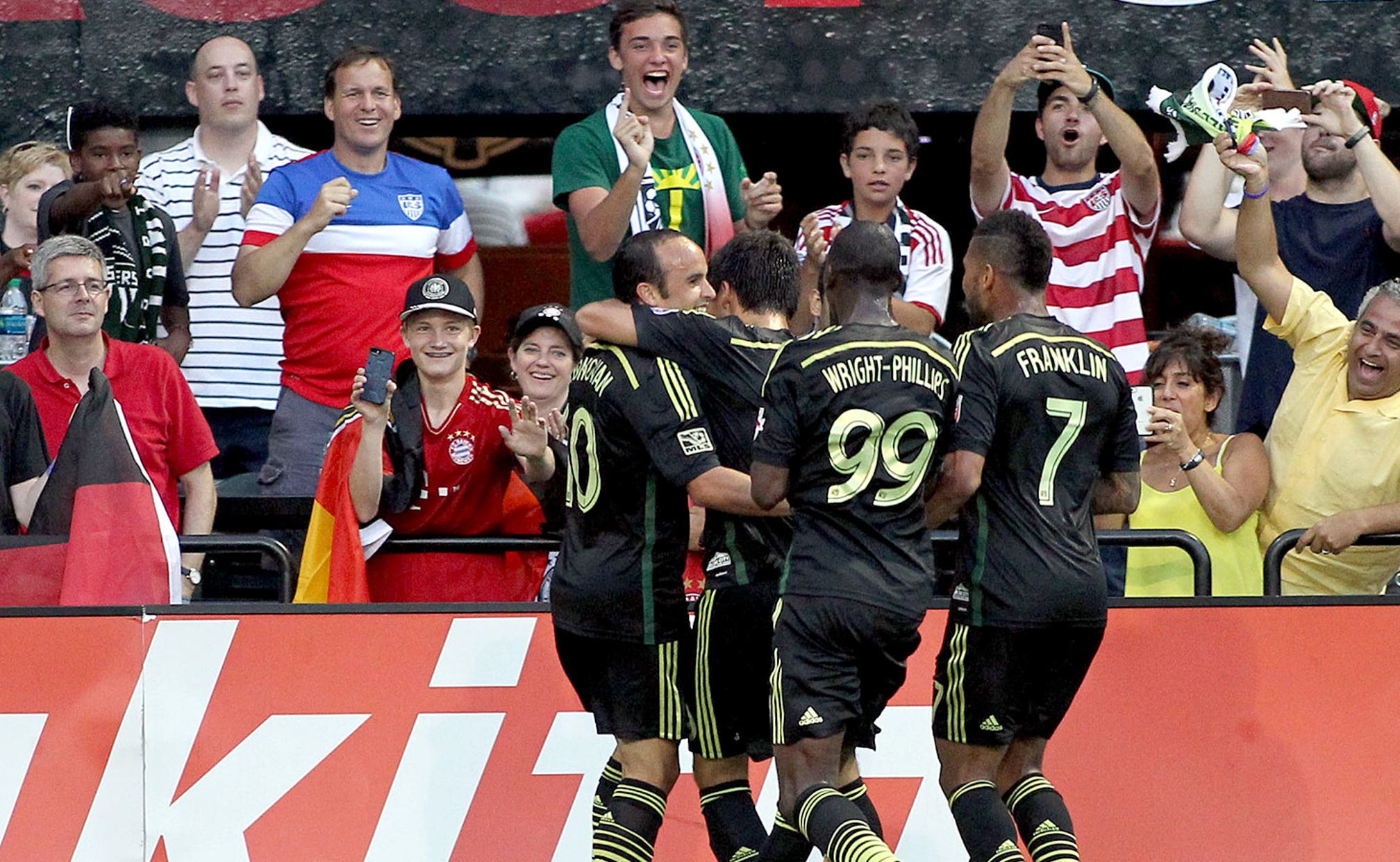 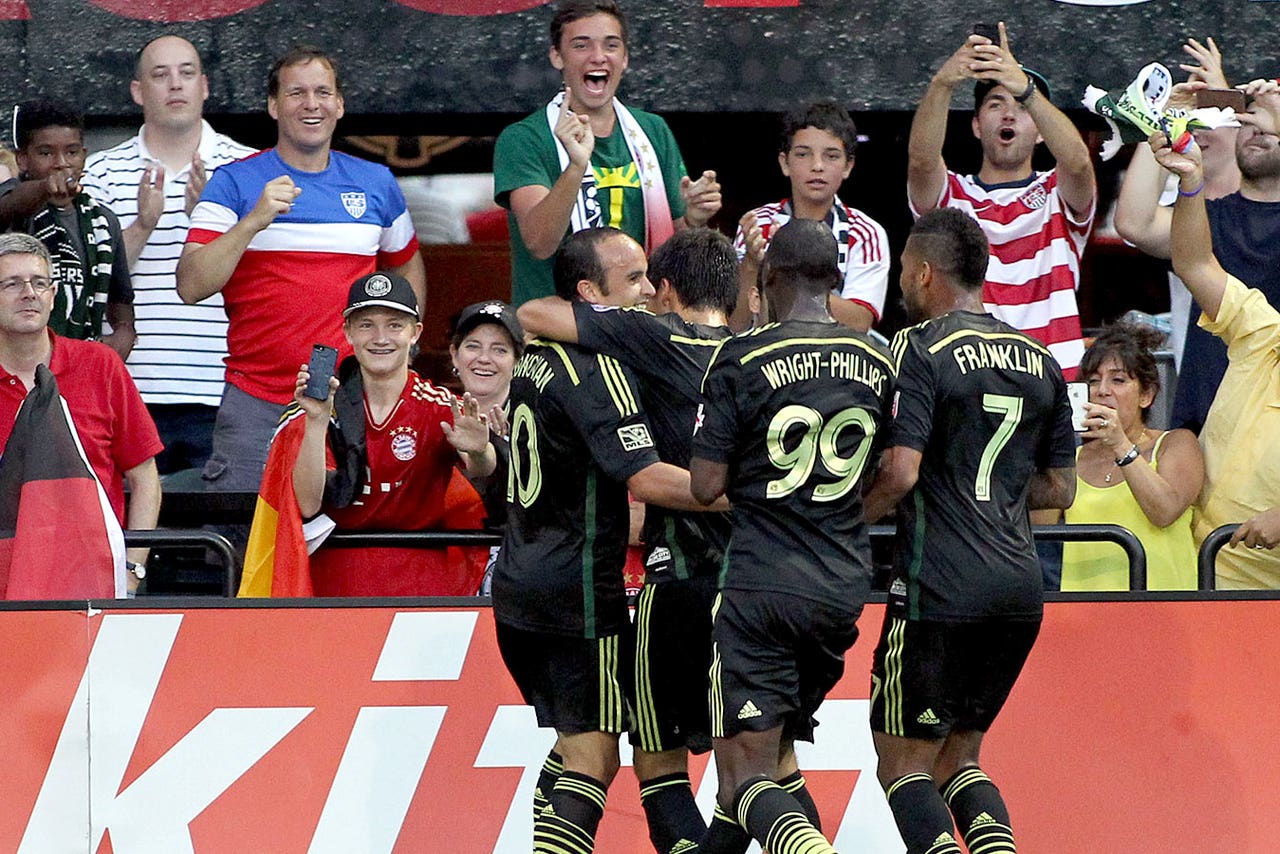 Clint Dempsey said earlier this week that he wanted the MLS All-Stars to play with confidence against Bayern Munich. His teammates heeded those words in the second half to secure a 2-1 victory over the German champions at Providence Park.

Robert Lewandowski struck a sublime opener after eight minutes to stake Bayern to a deserved lead, but the MLS All-Stars responded after the break. Bradley Wright-Phillips corralled Erick Torres' flick six minutes and thrashed home the equalizer six minutes after play resumed. Landon Donovan secured the victory when he slotted home in the 70th minute.

The final outcome mattered far less than the spectacle on the night. Both teams combined to produce an entertaining match with the proper mixture of endeavor and skill, though there were too many tackles flying around for a match with no tangible meaning. The extra flourishes -- a curtain call for Thierry Henry early in the second half, the belated arrivals of Bayern's German World Cup-winners in the final quarter of an hour -- made this a night to remember for everyone involved.

Bayern threatened to run rampant in the early stages with Lewandowski posing a threat with his movement and his direct running. His blossoming understanding with Xherdan Shaqiri presented a challenge beyond the capabilities of this makeshift All-Stars side for most of the early stages. Nick Rimando produced a fine kick save inside seven minutes to thwart Lewandowski once, but he could not anything about the opening goal moments later.

Lewandowski collected a pass on the right side of the penalty area and touched it inside. The maneuver created just enough space for him to shoot. He used it sublimely to thrash a swerving, inside-out effort past Rimando to open the scoring after just eight minutes.

DeAndre Yedlin blocked Claudio Pizarro's effort seconds later as Bayern carved out a trio of gilt-edged chances inside the opening quarter of an hour, but the inability to grab a second ultimately allowed the All-Stars to find their footing and work their way into the match.

Most of the profit for the All-Stars came from Yedlin's forays up the right and Henry's enduring class in midfield. Yedlin fizzed an inviting cross into the penalty area to mark his intent, while Henry dropped a delightful ball over the top for Clint Dempsey to fire into Tom Starke.

Rimando summoned yet another difficult stop when he pushed another Shaqiri effort over the bar just before halftime. His intervention proved crucial as the All-Stars improved after the interval and turned around the affair.

All-Star coach Caleb Porter made 10 changes at halftime and then provided Henry with a deserved curtain call early in the second half to freshen up his squad. It led to an improved display as the rejuvenated All-Stars eventually clawed their way back to parity six minutes into the second half.

It came as no surprise to see two of the league's in-form strikers combine for the equalizer. Torres flicked the ball through the Bayern line to provide Wright-Phillips with a chance in front of goal. Wright-Phillips took it gleefully by rasping his drive inside the far post.

The night somehow improved even more for the All-Stars as Donovan -- playing in his record 14th All-Star Game -- made his mark. Diego Valeri curled a sumptuous diagonal from the halfway line to locate Donovan on the edge of the penalty area. Donovan burst through the ramshackle Bayern defense and slotted home coolly to give the All-Stars the lead. Donovan then sauntered off right after the goal to considerable applause to complete his influential contribution.

Bayern attempted to procure an equalizer in the late stages, but Bill Hamid parried away Juan Bernat's stinging near-post drive as the Timbers Army serenaded their side for the night. Not even the belated cameos from the German World Cup-winning contingent could transform the match as the All-Stars saw out the final few minutes to cap their perfect night with a victory.