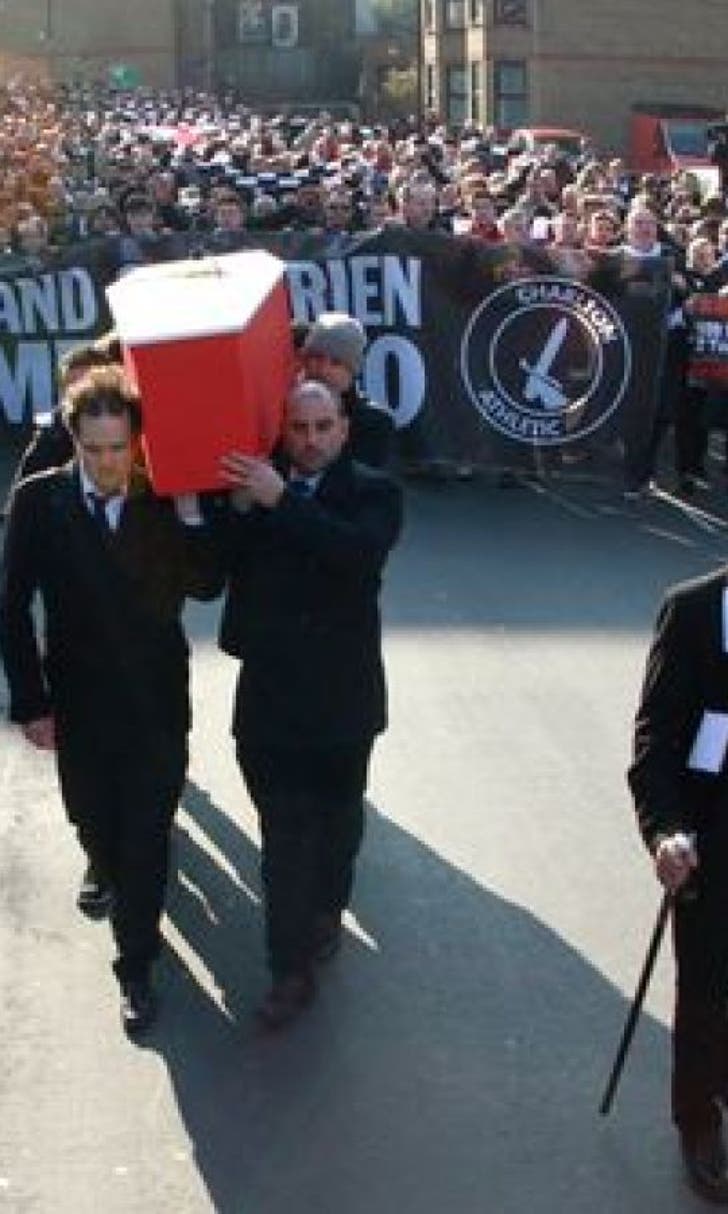 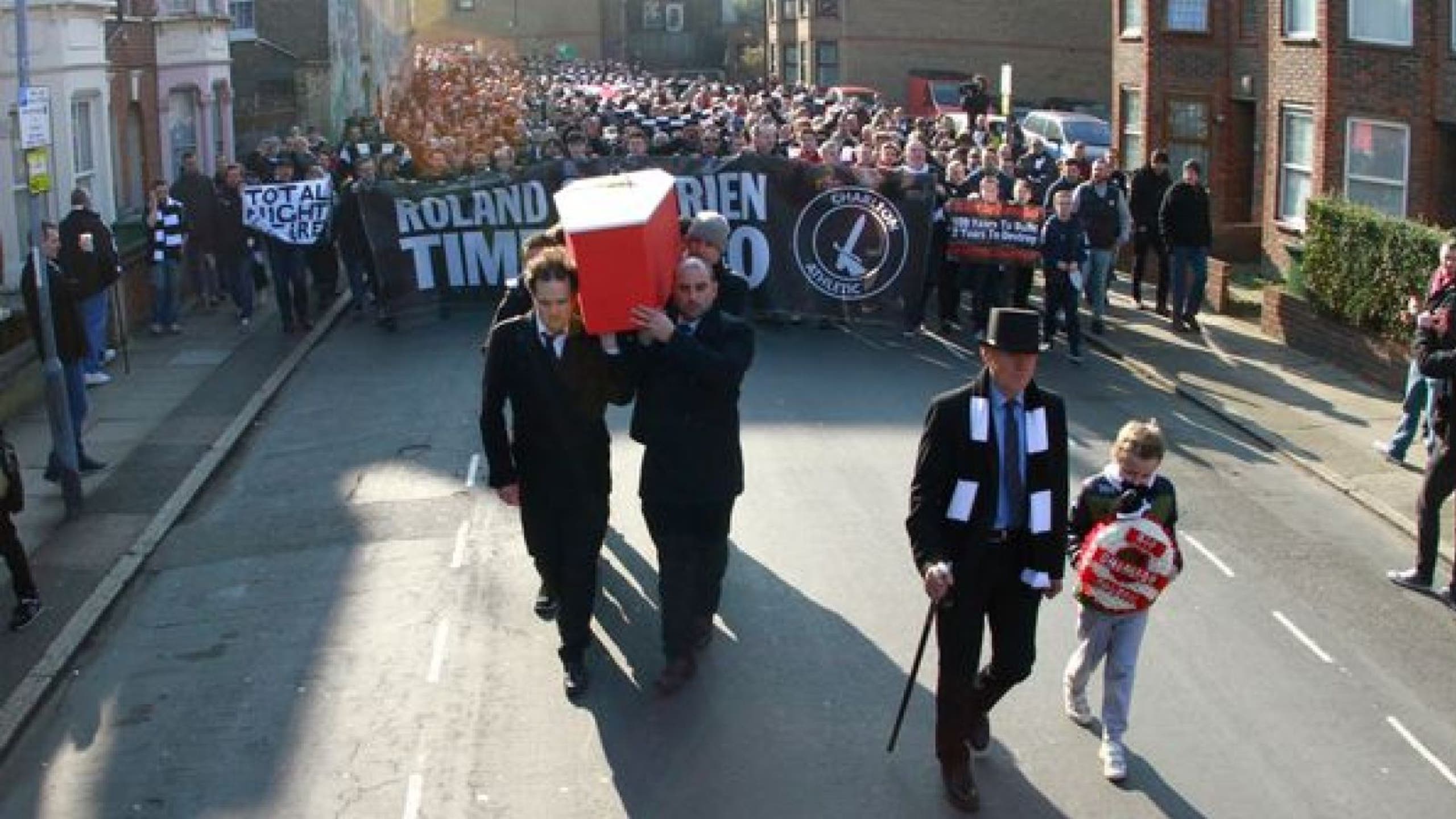 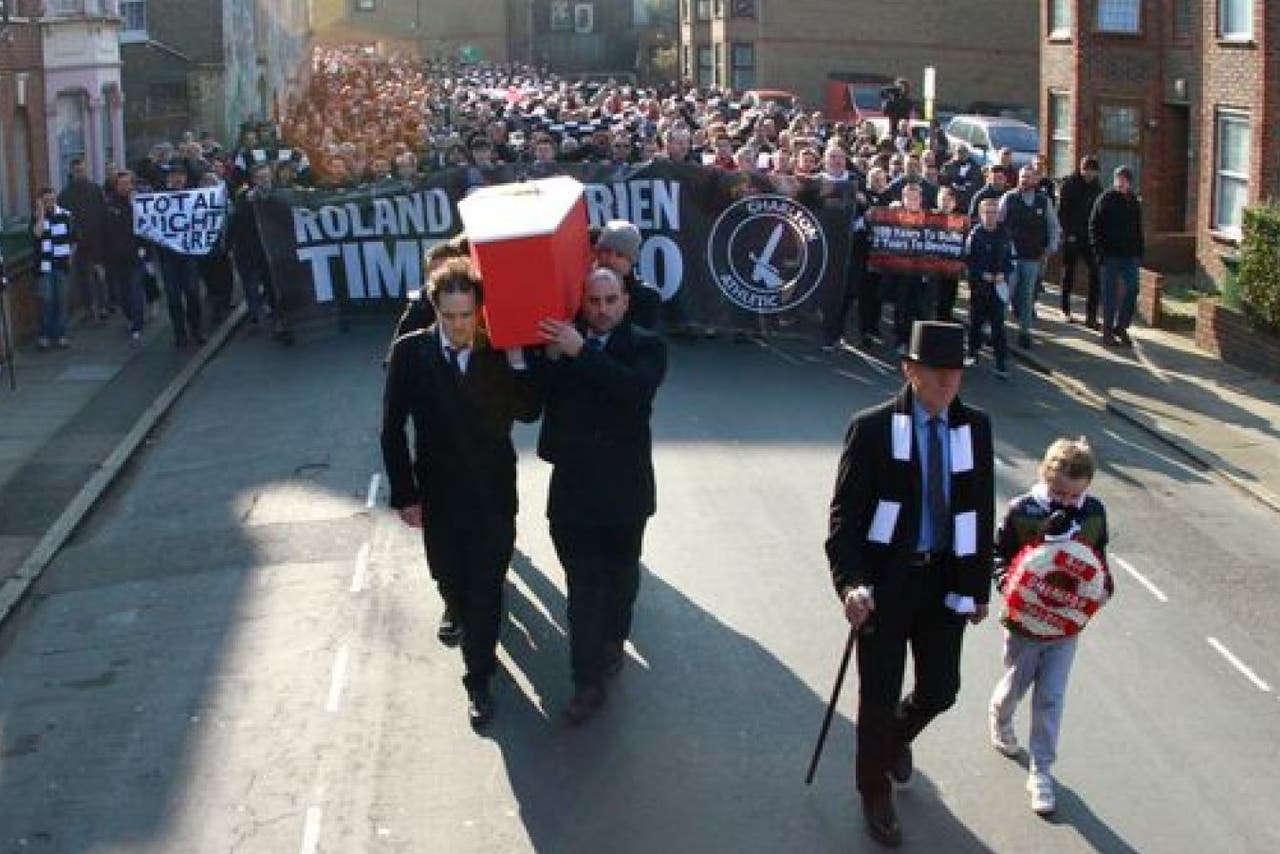 Fans of English Championship side Charlton held a protest like no other before their league match against Middlesbrough on Sunday.

The supporters are unhappy at the way chief executive Katrien Meire and owner Roland Duchatelet are running the club and have decided to make their feelings heard.

The Addicks, as they are known, lie in the relegation zone of the Championship, five points off safety, and despite beating Middlesbrough they look likely to be playing third-tier football next season.

Ahead of the game, supporters carried a coffin through the streets around The Valley -- Charlton's home stadium -- to signify the death of their club.

And the home fans weren't finished there.

They delayed the game shortly after kickoff by hurling beach balls onto the playing surface and then in the 74th minute some fans staged a walkout.

Why on 74 you ask? Because that is the number of goals their side have conceded this season.

Charlton fans halt the game against Boro with a beach ball protest. Where's Darren Bent when you need him... https://t.co/jMWHmx9NMu

W/T Who Ate All The Pies

English Championship
share story
those were the latest stories
Want to see more?
View All Stories
Fox Sports™ and © 2021 Fox Media LLC and Fox Sports Interactive Media, LLC. All rights reserved. Use of this website (including any and all parts and components) constitutes your acceptance of these Terms of Use and Updated Privacy Policy. Advertising Choices. Do Not Sell my Personal Info