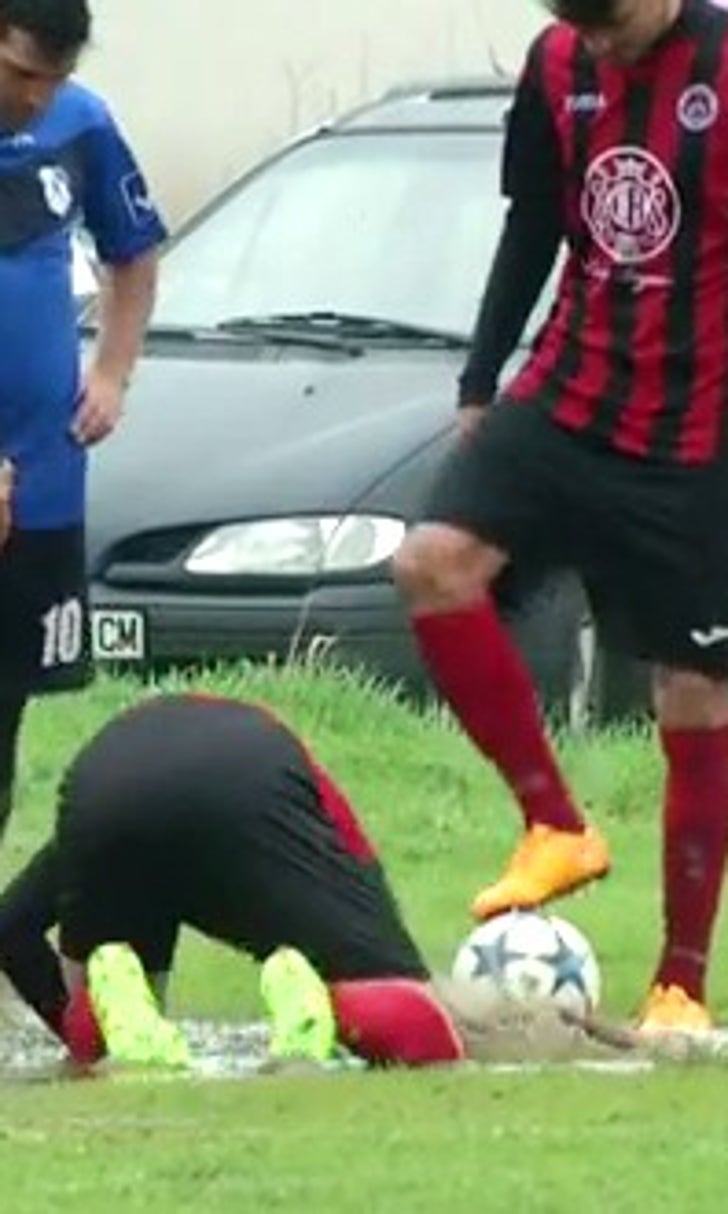 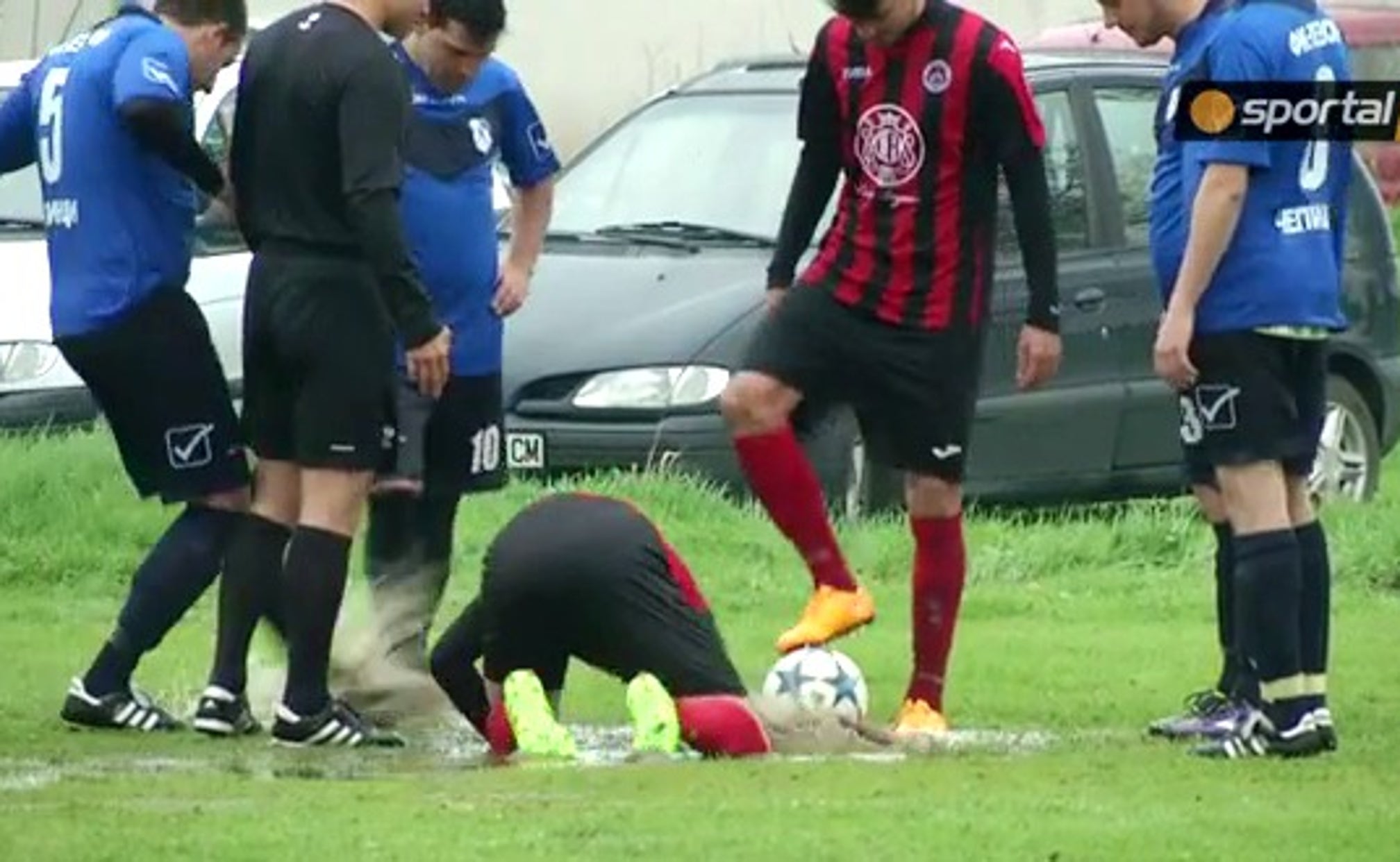 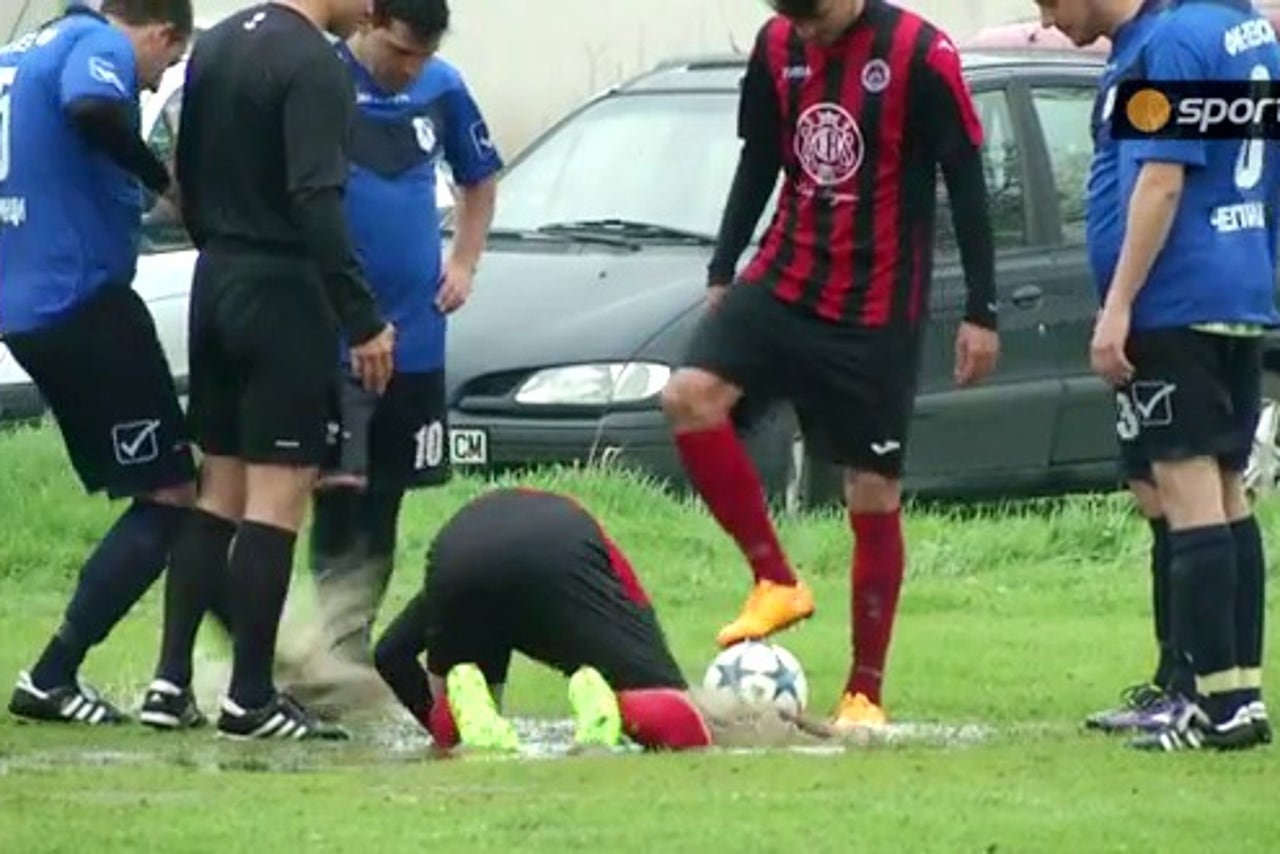 Non-league football. It's a real gem.

From a referee blowing for halftime while the ball is mid-flight and goalbound to the ghost goal of all ghost goals, there's little denying its power to produce some of the more comical moments around the world.

The latest episode emanates from a water-logged Bulgarian fourth-division encounter between Lokomotiv Sofia and Levski Chepintsi. After winning a penalty, a Lokomotiv player attempted to clear the flooded penalty spot, getting on his hands and knees to sweep the standing water away.

As you might imagine, he failed. Miserably. And Levski weren't having it.

And, of course, the puddle proved too much as the resulting penalty was tipped up and over the crossbar and under a parked car.