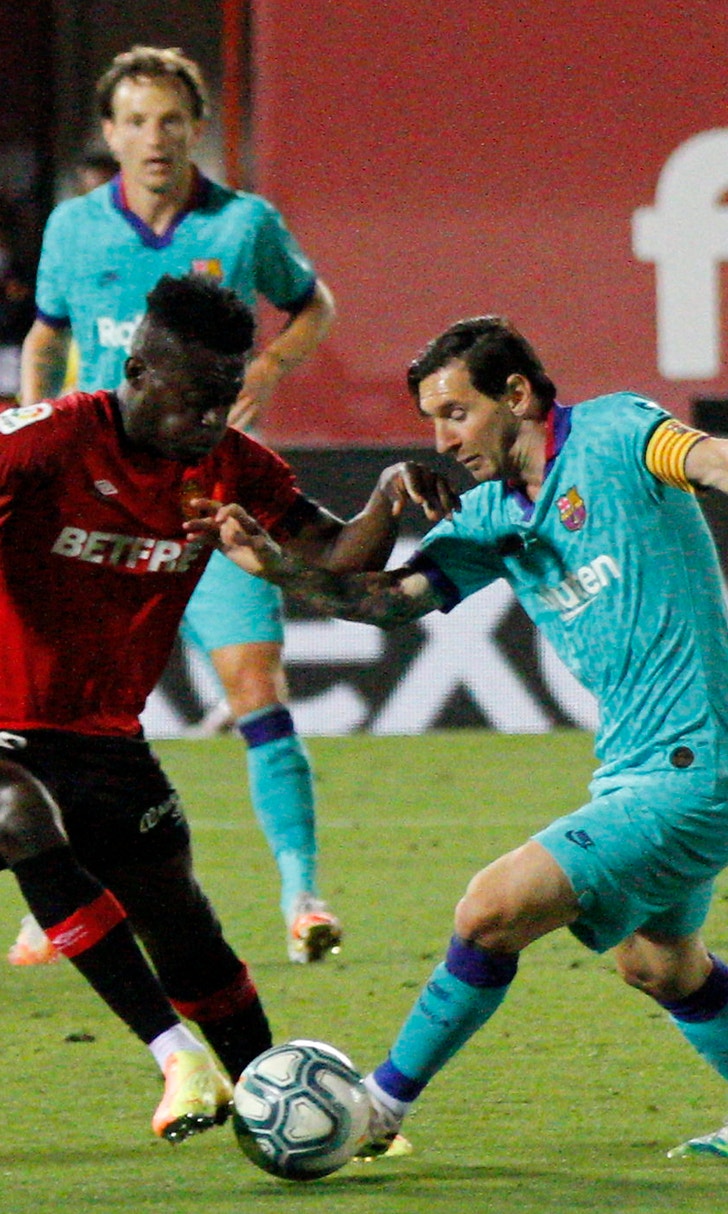 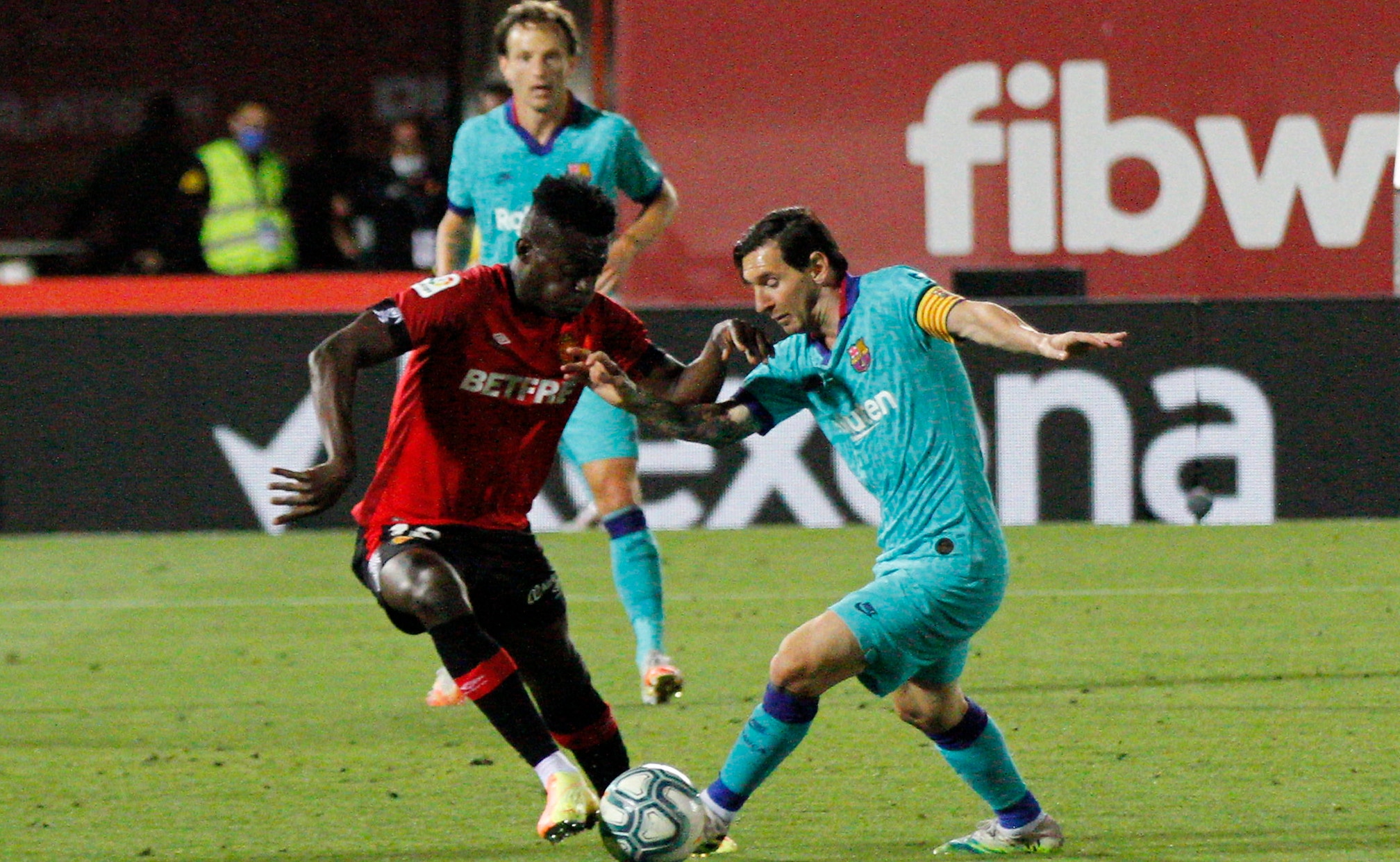 Lionel Messi scored one and set up two more goals as Barcelona picked up where it left off before a three-month stoppage for the COVID-19 pandemic, beating Mallorca 4-0 to extend its Spanish league lead on Saturday.

Messi was as quick and dominant as ever despite not having played a match since early March. He showed no signs of being slowed down by the right leg muscle pain he suffered last week that put his return in doubt. He darted past defenders with ease.

Messi and the other starters also behaved and played as normal on the pitch, hugging after first-half goals by Arturo Vidal and Martin Braithwaite and not maintaining social-distance recommendations during cooling breaks.

The game was played without spectators as part of the league’s health protocols to limit contagion risks, but that did not stop one man from invading the pitch briefly in the second half. The man was escorted off by security after he managed to take a selfie a few meters in front of Barcelona’s Jordi Alba,

Messi nodded on a ball for Braithwaite to get his first goal since joining Barcelona midseason and double the second-minute opener by Vidal. The Argentine forward assisted Alba before he scored on his own in stoppage time.

Once Messi probed the relegation-threatened Mallorca for its weaknesses, he began taking opponents on. Messi dribbled past four defenders in one run down the middle of the pitch in search of another goal, before halftime gave the hosts a breather.

“The sensations are good, to be the first match after so long not playing and under these special circumstances,” Barcelona coach Quique Setién said. “You could have expected a slower pace and a bit of rust as far as handling the ball, but I think we have made a good start to this final sprint of 10 games to finish the season.”

Luis Suárez, who benefited from the long league stoppage to recover from right knee surgery, was with the rest of Barcelona’s reserves, wearing face masks and sitting in the stands with several empty seats separating them. The Uruguay striker went on for his first action since January as one of five allowed substitutes.

Suárez laid off for Messi to speed around two defenders and fire in his right-footed shot into the top corner to complete the commanding victory with his league-leading 20th goal.

In an attempt to recreate the atmosphere of matches, the TV feed for international viewers had digital “fans” superimposed on the vacant stands and recorded cheers similar to those used in video games. Spanish TV audiences can choose to watch the direct feed or the one with visual and sound effects.

Last-placed Espanyol got a much needed 2-0 victory over 10-man Alavés, which was hurt by an embarrassing mistake by its goalkeeper.

Fernando Pacheco left his team down a man in the 19th when he earned a direct red card for using his hands outside the box to grab a high ball instead of heading it away.

Valladolid also got some help from a defensive error in beating Leganés 2-1.

Center back Chidozie Awaziem tried to head back a ball to his goalkeeper, but ended up knocking it past him. Valladolid striker Enes Unal raced in and scored in an empty net two minutes into the match.