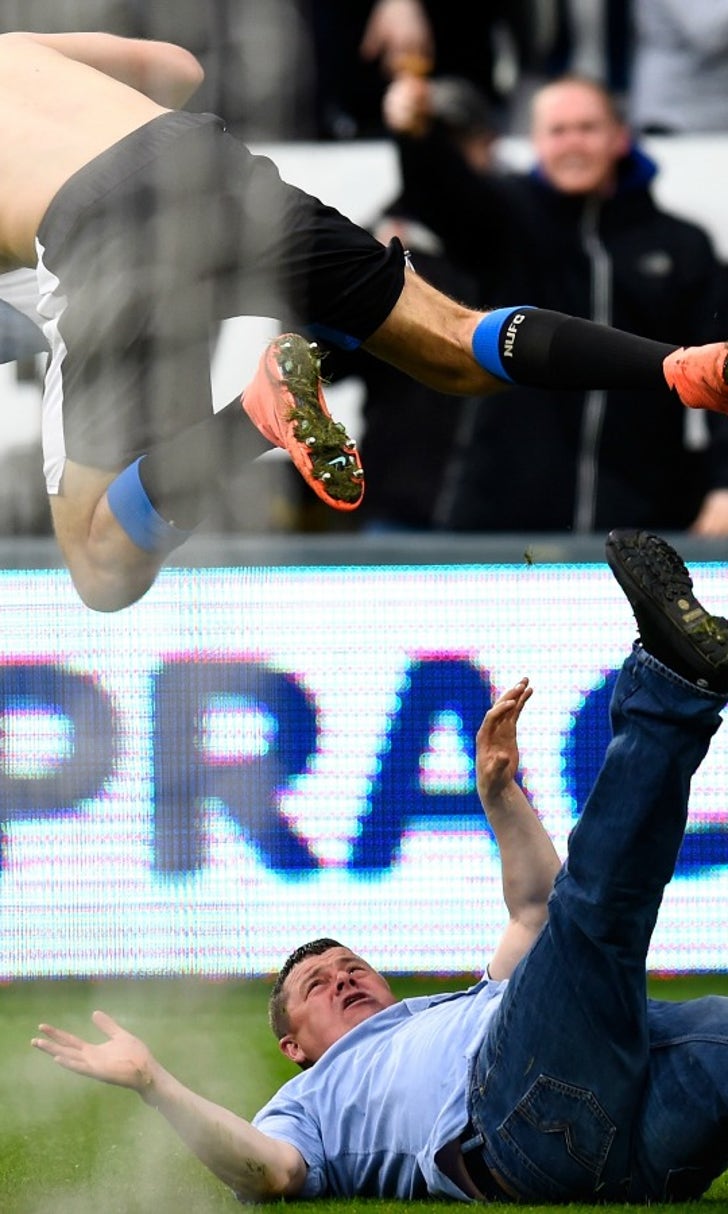 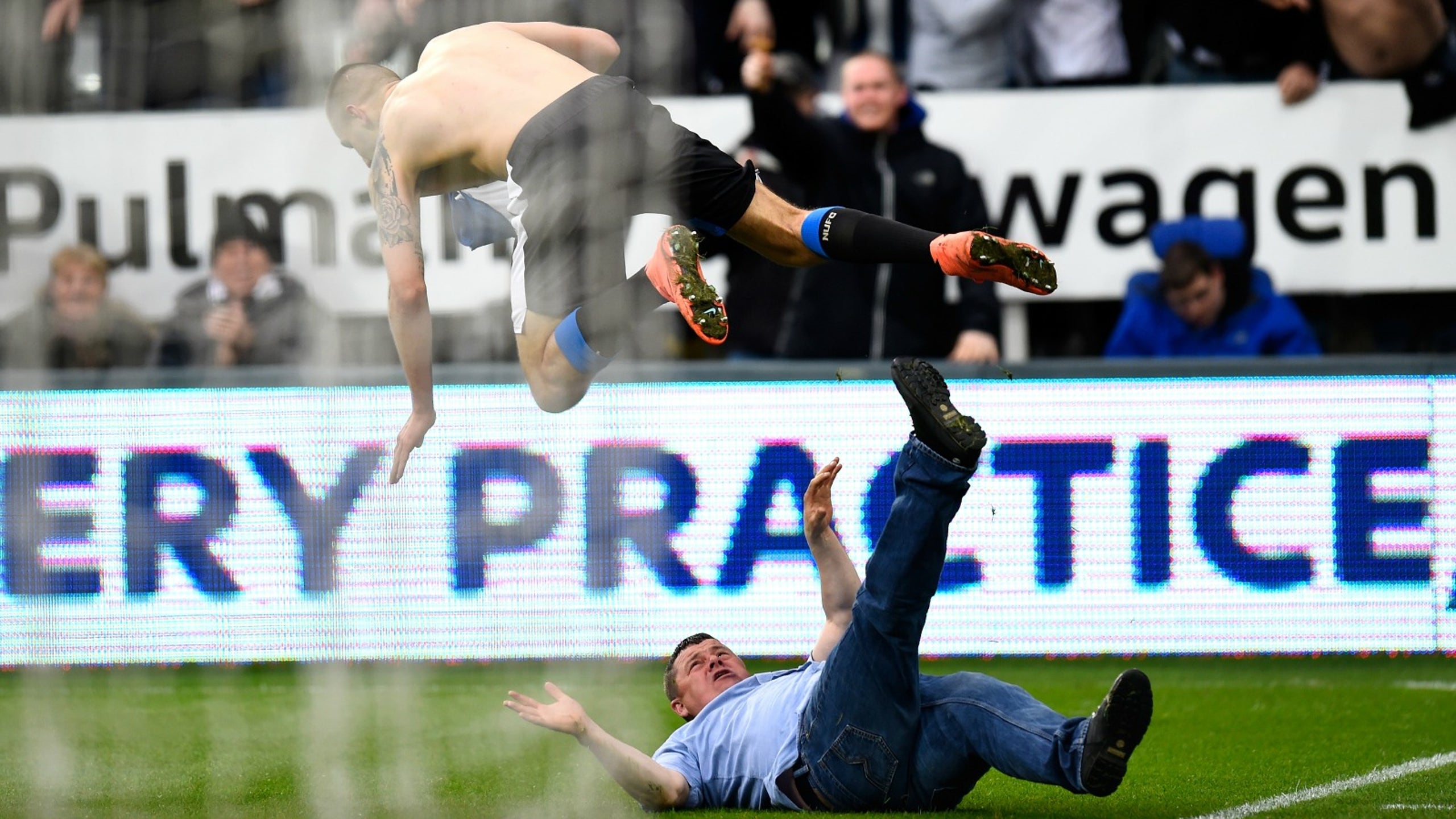 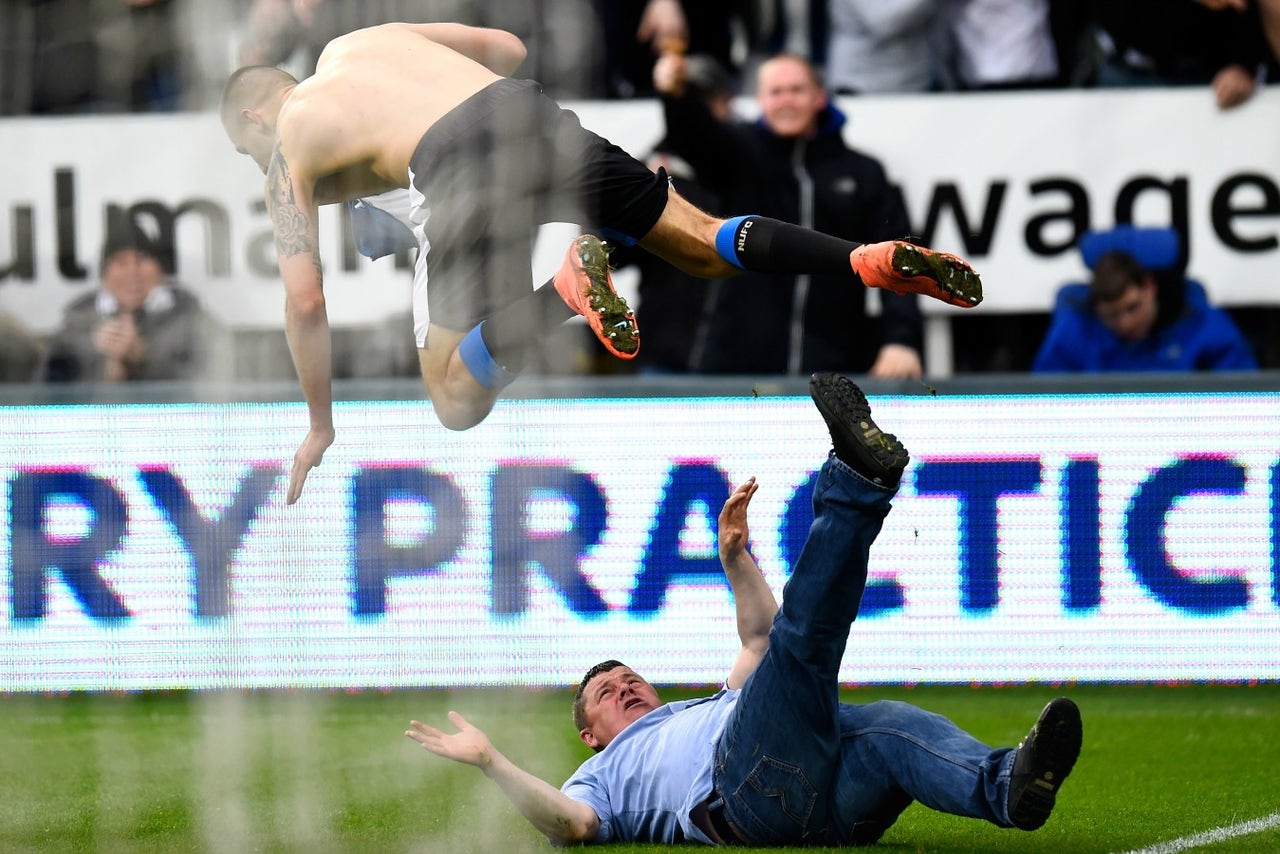 Seeing your team score a goal is great. Being in the stadium when your team scores a goal is even better. Running on the pitch to celebrate a goal with the team is absolute insanity but, if you can pull it off, a highlight of one's life.

Check out a highlight of this Newcastle fan's life:

When he got out on the pitch, he must have been terrified. First, the stewards would be after him. Second, and this one is the really scary part, a giant athlete is maniacly waving his shirt around and takes you out. Hell, even worse would be you taking him out and him getting hurt, making you the enemy of every single person in Newcastle.

Luckily for him, nobody was hurt. It was all good times.

And because it wasn't enough to celebrate a goal with the team, it also happened to be a late equalizer in the middle of a relegation fight against Newcastle's rivals, Sunderland.

Basically, everything is perfect for this fan. Except the part where Newcastle are second from the bottom and probably needed three points from this match. But besides that, it's perfect.