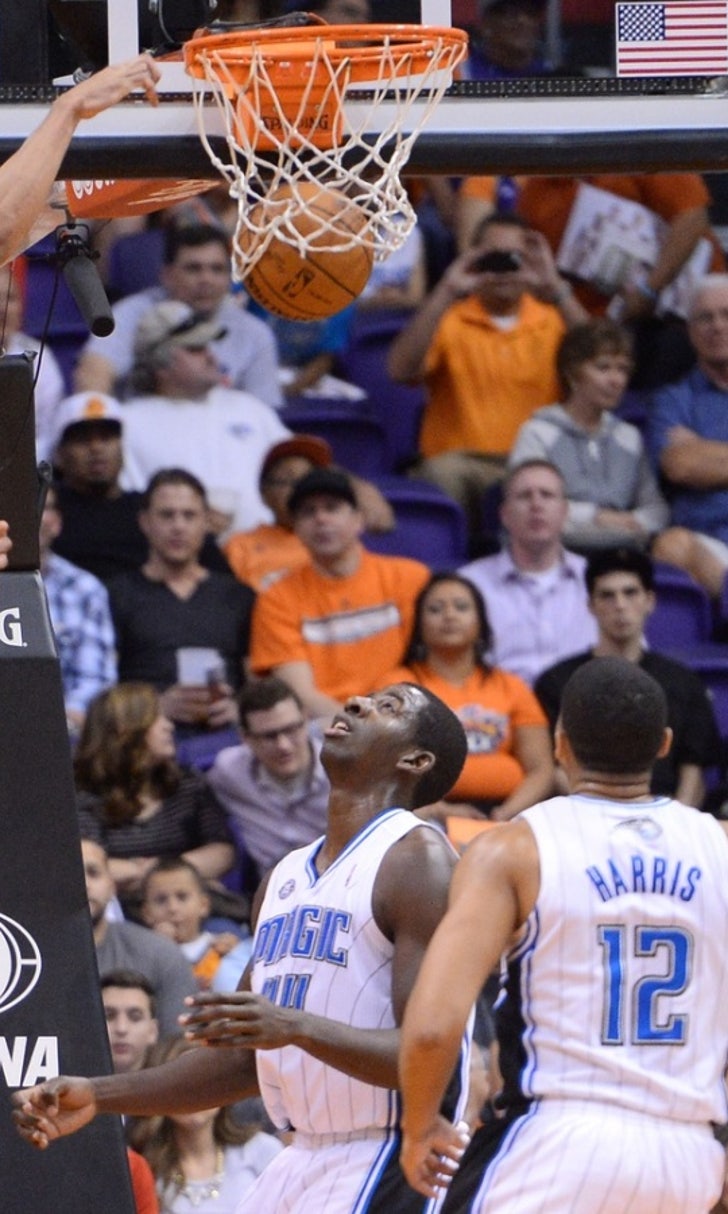 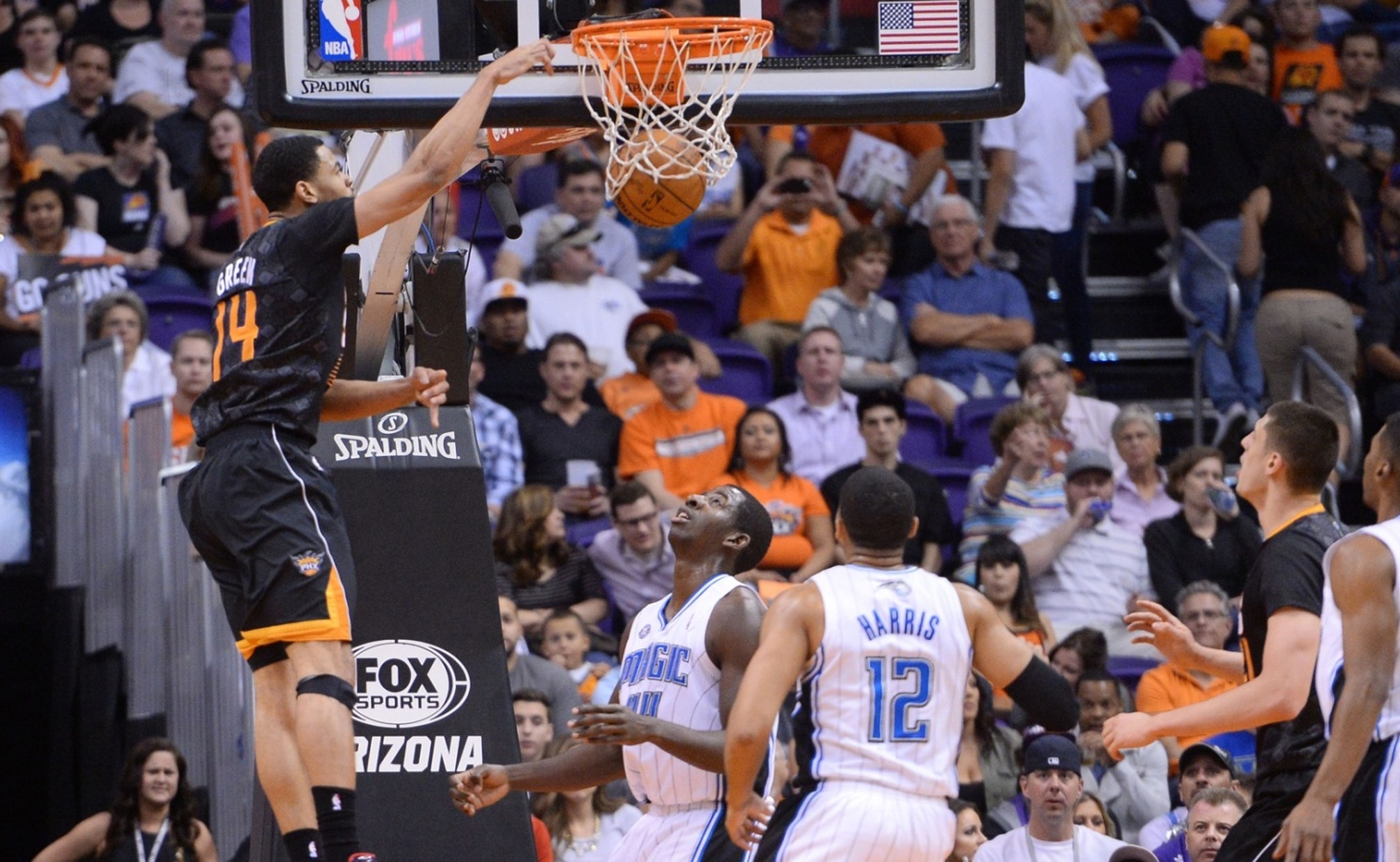 PHOENIX -- For a team chasing a playoff spot from the outside with just 15 regular-season games remaining -- and only five of them at home -- each of those games could be given the all-too-common 'must-win' tag.

The Suns' meeting with the Orlando Magic on Wednesday, though, was just as much 'can't-lose.'

After dragging their feet for most of three quarters, the Suns pulled away like a team with their offense play on their home floor should against the NBA's worst road team, beating the Magic 109-93 and gaining a game on the Mavericks in the Western Conference playoff picture.

"We went in there at halftime and said, 'Hey, if you guys think you are a playoff team, this is the time to come out in the third quarter and get after it,'" Suns coach Jeff Hornacek said. "I think we were kind of just playing the game for a half. ... We told them to just get after it and go take the game if you want to be a playoff team, and that's what they did."

Hornacek said playoff standings were put on the whiteboard in the Suns' locker room for the first time Wednesday. It seemed a slight concession the team could no longer exclusively compartmentalize the season into three-game stretches as Hornacek preaches.

But as much as the newly posted standings -- in which the Suns (39-29) sit ninth, 1 1/2 games behind the Mavericks, who lost to Minnesota on Wednesday -- served as a subtle reminder the Suns remain on the outside looking in, players already knew where the team stood.

"Personally, after every game if win or lose, I always check the standings," Suns point guard Goran Dragic said. "I think everybody checks that."

It was, perhaps, a needed reminder there's only so much season left. And with so few opportunities left at home, the Suns had to recognize they could not afford to drop a game in US Airways Center to an Eastern Conference bottom feeder, especially not with the chance to gain a game in the standings.

Hornacek's halftime message may have challenged the Suns, the sluggish first half also may have been a product of fatigue coming off an East Coast road trip.

"I kind of had a feeling this game was not going to be a great one in terms of that," Hornacek said. "I think for the first 2 1/2 quarters it was kind of what we expected."

Even against an undermanned Magic team without starting point guard Jameer Nelson (knee) and starting center Nikola Vucevic after his first quarter ejection, the Suns went to the locker room tied at 52.

"We shouldn't play like that with this kind of team," Dragic said.

Things finally turned for the Suns in the final two minutes of the third quarter. The Magic had taken their first lead of the second half at 75-74 when the Suns got locked in defensively and went on a 27-5 run to put the game away.

"They just got some stops and then they got some momentum," Hornacek said. "The momentum, I think, carried them on. ... Sometimes we need certain plays to get us going like that."

The Suns' effort was one of their more unselfish performances of the season, as Dragic's 18 points led Suns scoring and Gerald Green was next with 14 points. Eric Bledsoe, in his fifth game back from a knee injury, had seven points, seven rebounds and six assists.

"We've got (14) games left, so everybody's got to just put everything aside and focus on one thing," Bledsoe said.

Teams like the Western Conference-leading Spurs or the Thunder or the Clippers can afford to step into playoff mode a little later in the season, perhaps even in step with the start of the postseason.

A team fighting for a playoff spot, meanwhile, can only wait so long. The Suns were ready to shift gears Wednesday with less than 20 percent of the season remaining, and the win helped them do so.

"Sometimes it's hard to do with 25 games left in the season to get in that mode," Hornacek said. "Some teams can. We're a young team. We figure the later we can hit it the better, but now it's time."