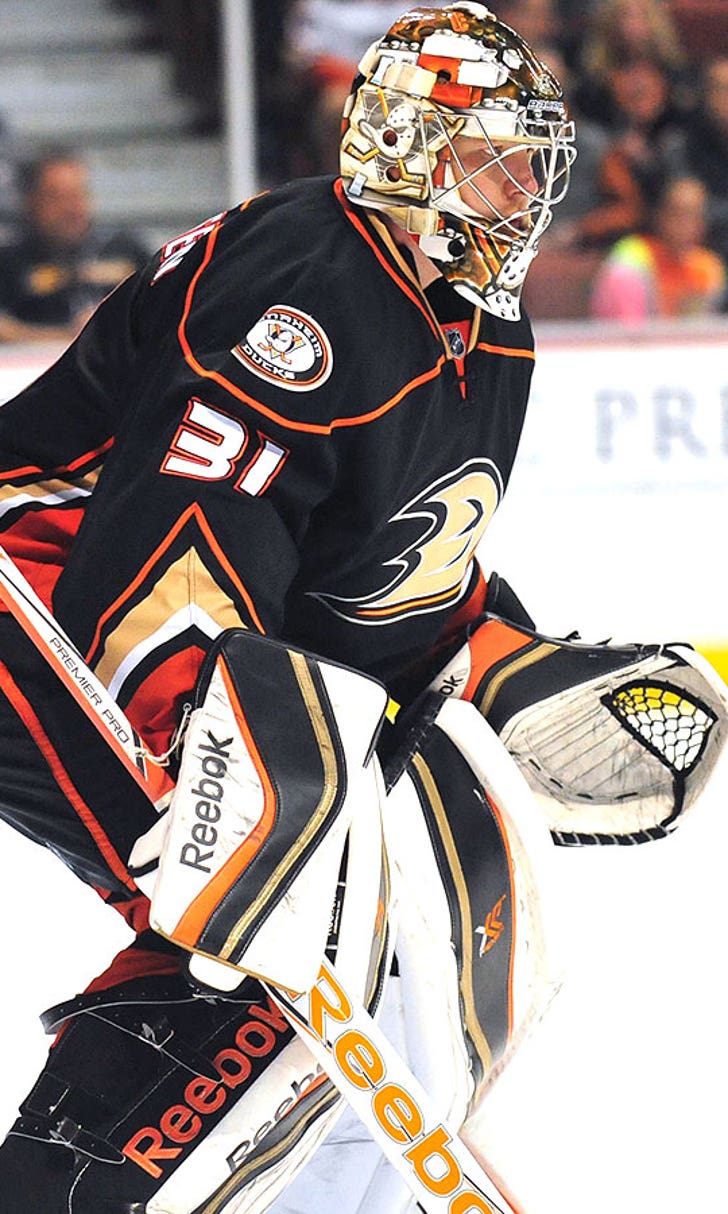 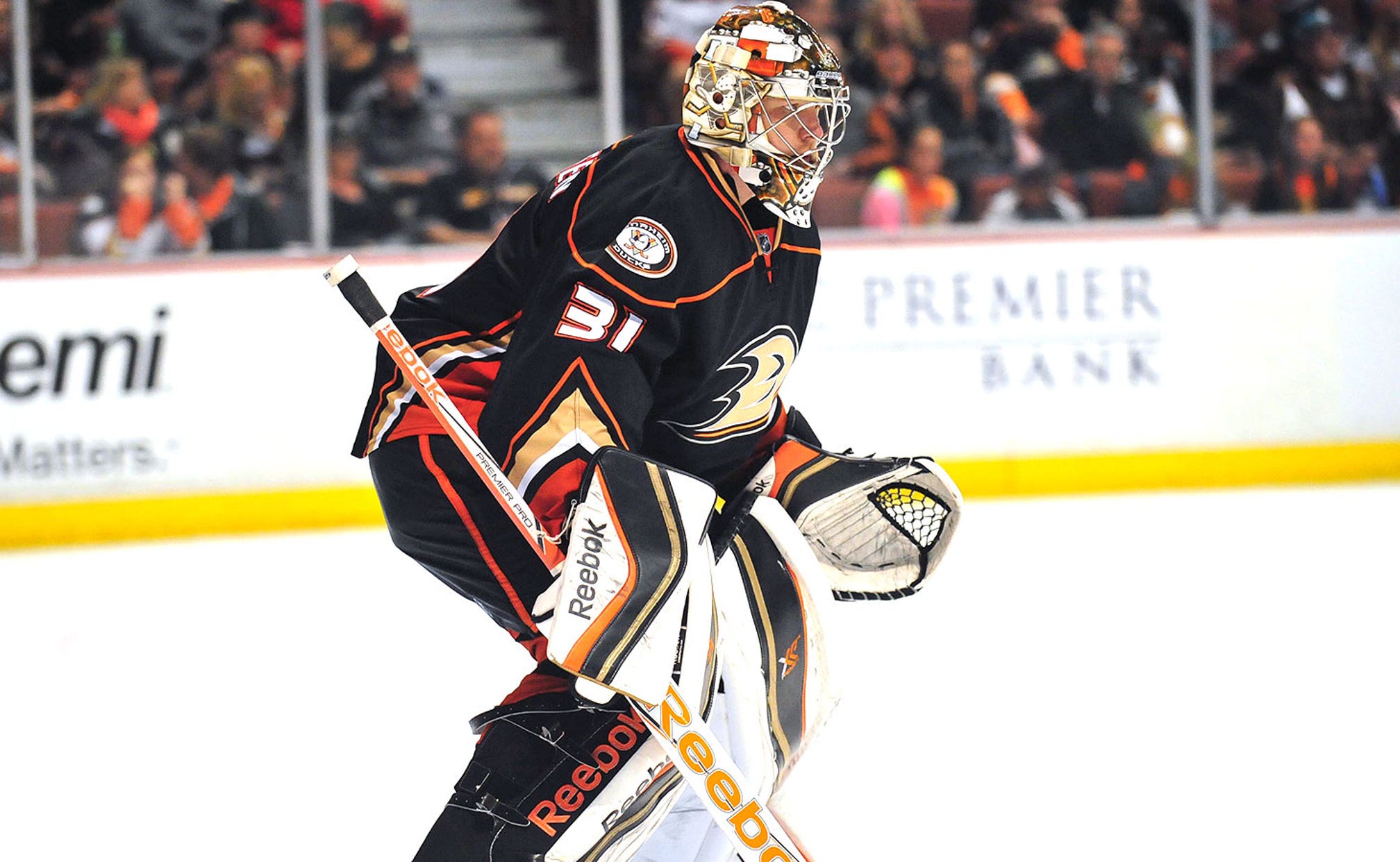 With Gibson injured, Andersen ready to step up for Ducks 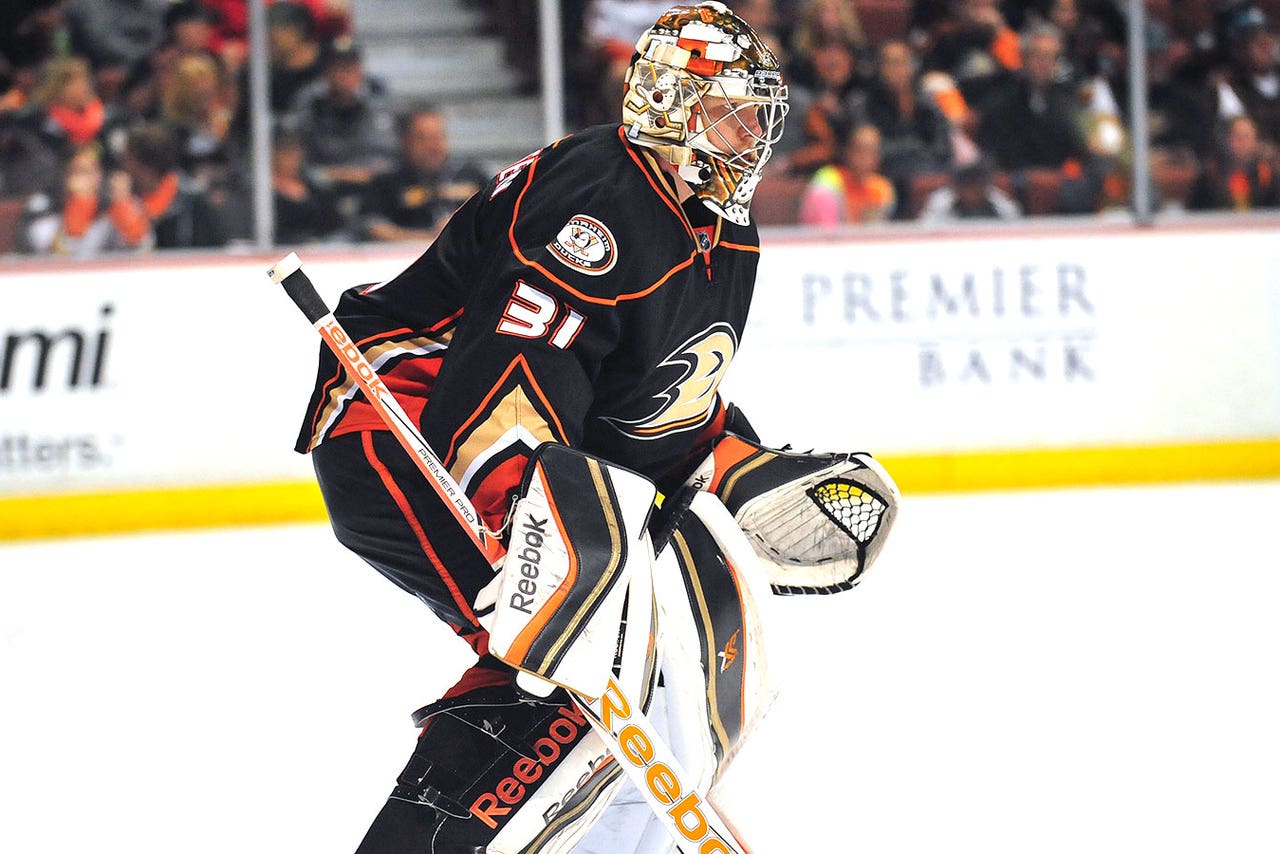 After John Gibson missed practice Monday with an upper-body injury, Andersen is the clear No. 1 option in the Pacific Division champions' net heading into this postseason. That suits the redheaded Danish puck-stopper just fine.

"It's what you dream about when you're younger, but as I went along, I knew what my goal was, and I worked toward it," Andersen said after practice.

After splitting time three ways and eventually getting hurt in the playoffs last season, Andersen has a year of added maturity and smarts heading into the Ducks' first-round series. Game 1 is Thursday night in Anaheim.

Andersen went 35-12-5 this season with a .914 save percentage and a 2.38 goals-against average, providing dependable play all year. He still battled minor injuries and sat out for long stretches of February and March when the 21-year-old Gibson got rolling, but Andersen reclaimed the job in the final weeks before Gibson got hurt.

"I've just got to go do my job like I have the whole year," Andersen said. "If I focus the right way and take care of my body, there should be no nerves."

Andersen acknowledges he wasn't at his best in his first NHL postseason last spring, and the experience still motivates him.

He gave up at least two goals in every game of Anaheim's first-round series with Dallas, even getting chased from the eventual clincher. He got back in the Ducks' lineup for Game 3 in the second round against Los Angeles, but injured his right leg and had to watch as Jonas Hiller and Gibson replaced him. Gibson flopped in the final two games, getting chased from the Kings' Game 7 clincher.

"The way I've got to approach it is to be more calm, and let it come to me," Andersen said. "I think I was chasing a little bit last year, and I've learned from that. I look forward to applying this to this year. All the experience with playing a lot this year is definitely going to help, too."

Indeed, Andersen played 54 games this season after getting just 28 games of regular-season action as a rookie last year.

"I've been used to playing three to four games a week now, and that's how it's going to be in the playoffs," Andersen said. "That's just part of the learning process for being a No. 1 guy, playing every other night. It sounds easy if you look at it from the outside, but once you try it, it's just different."

Gibson hasn't played since April 3 for the Pacific Division champion Ducks. The elite prospect missed much of the season with injuries and did a stint in the minors, going 13-8 with a .914 save percentage with Anaheim.

Coach Bruce Boudreau declined to speculate on how long Gibson will be out. The Ducks recalled veteran Jason LaBarbera to be Andersen's backup at least in Game 1.

Thompson incurred an upper-body injury during the Ducks' season-ending victory at Arizona last weekend. The two-way center has five goals and 13 assists in his first season with Anaheim.