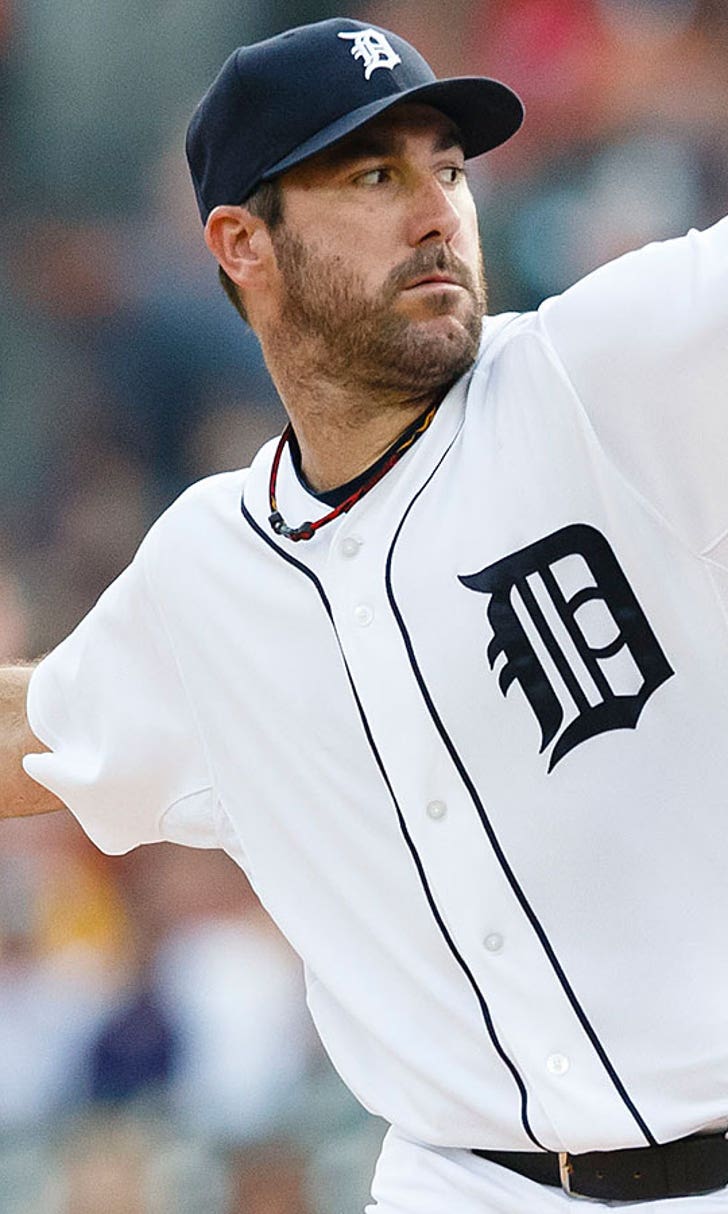 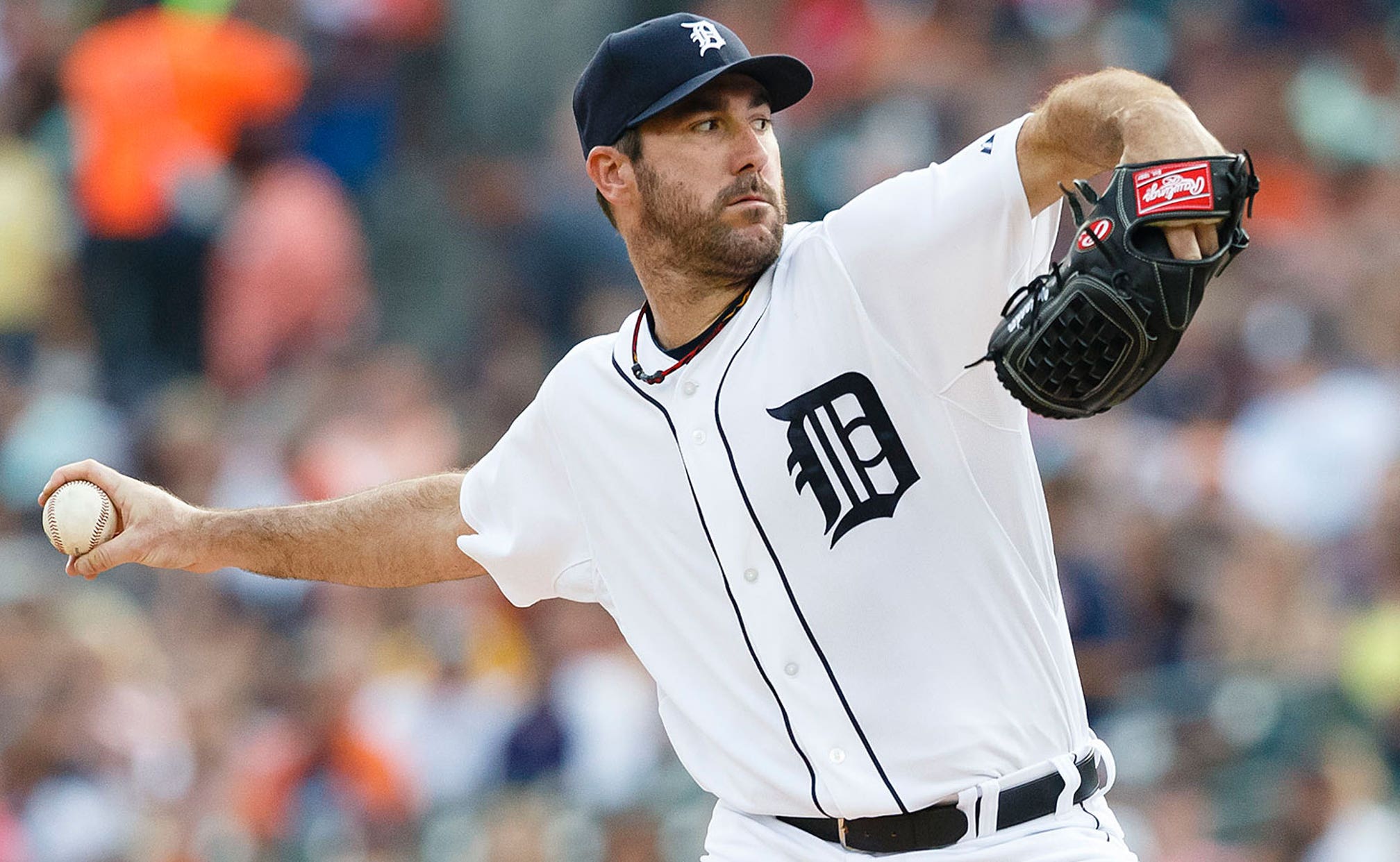 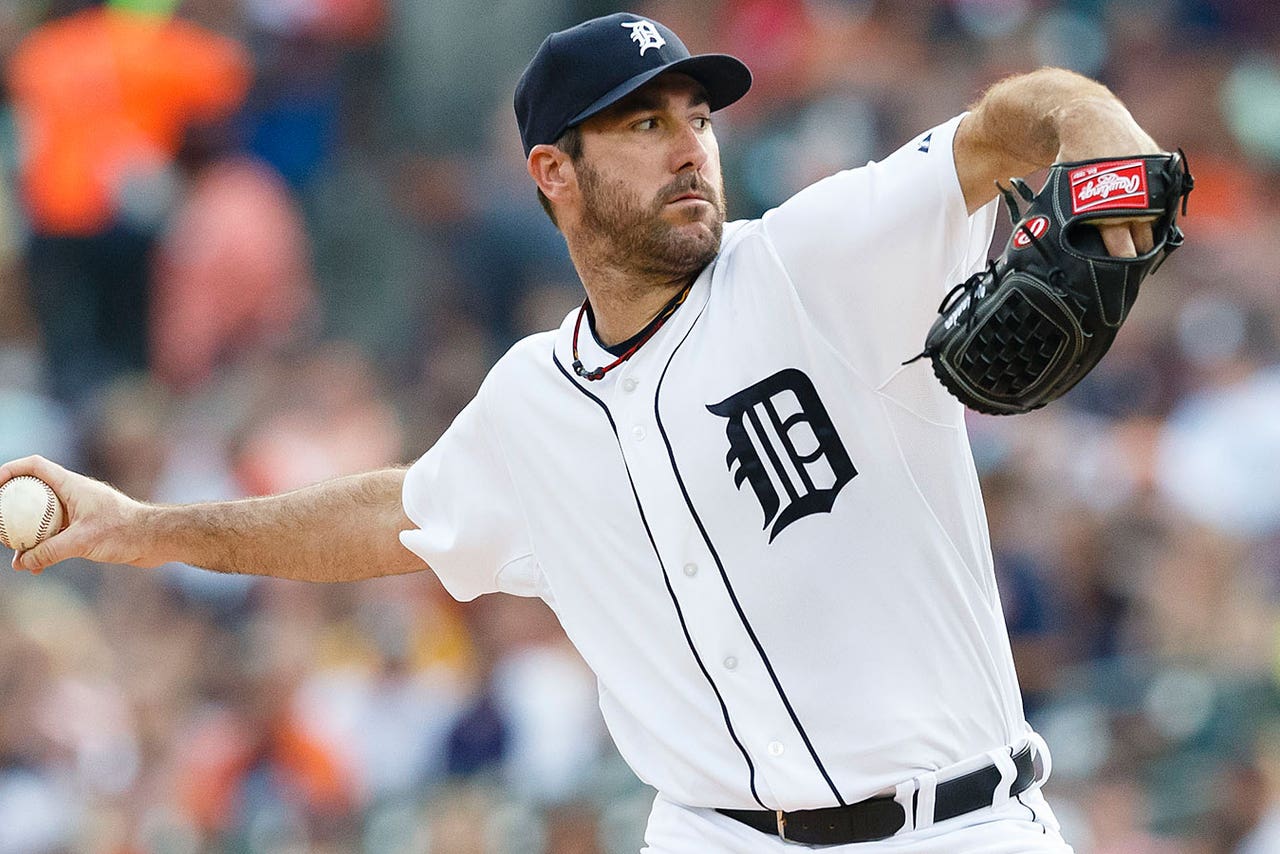 DETROIT (AP) -- If Justin Verlander is beginning to round into form, Detroit's starting rotation may indeed be the envy of the rest of baseball.

Verlander equaled his longest outing of the season, pitching eight solid innings to lift the Tigers to a 4-2 victory over the Colorado Rockies on Friday night. A day after the AL Central-leading Tigers traded for star left-hander David Price, Verlander allowed two runs and eight hits, striking out five without a walk.

"I was getting some big outs when I needed to," Verlander said. "I was able to limit the damage and keep us ahead."

The Tigers now have the American League's last three Cy Young Award winners -- Verlander, Price and Max Scherzer. The catch is that Verlander (10-9) hasn't pitched particularly well this season, but he lowered his ERA to 4.66 with Friday's effort.

Joe Nathan pitched the ninth for his 22nd save in 27 chances, retiring Charlie Blackmon on a flyout with two on to end it.

The Rockies have lost five of six. Colorado right fielder Carlos Gonzalez left the game after aggravating his sprained right ankle making a sliding catch in the fifth.

Detroit scored three runs in the fifth, with Rajai Davis' two-run single breaking a 0-0 tie. With Verlander pitching well, the Rockies brought the infield in with men on second and third and one out, but Davis' single up the middle helped the Tigers to a big inning.

"We can't play it safe. We're going to roll the dice," Rockies manager Walt Weiss said. "In some situations with two runners in scoring position, you concede the one run. But in the position we're in, we're going to go for it. Davis found a hole. I'd do it again every time."

Ian Kinsler added an RBI double to make it 3-0.

Verlander has won 14 straight regular-season decisions against National League teams. He took a shutout into the seventh inning Friday before allowing an RBI single to Wilin Rosario. With men on first and third, Josh Rutledge hit a grounder to third, and Brandon Barnes scored on a close play at the plate.

Verlander then struck out the next two hitters to end the threat, and Victor Martinez gave Detroit an insurance run with an RBI single in the bottom half.

Barnes struck out swinging on Verlander's 101st and final pitch. Verlander had thrown eight innings only one other time this season, on April 6 against Baltimore.

DEEP FLYBALLS: Verlander was fortunate early on. Left fielder J.D. Martinez reached up and made a catch at the wall on Nolan Arenado's flyball in the first. In the second, Davis ran down Drew Stubbs' drive near the 420-foot marker in center.

"It's a funny game the way it works," Verlander said. "They hit a few balls hard in the first couple innings, and then in the seventh, they didn't hit hardly any hard, and got like four or five hits that inning."

TOUGH LOSS: Colorado has gone nine straight games with its starter allowing three runs or fewer, but Morales was done in by that fifth inning.

"All my pitches I was locating," he said. "That fifth inning my good pitches led to groundballs and that's the way it goes. Sometimes you have no luck."

Rockies: Gonzalez slid into the wall while making a terrific catch on Victor Martinez's foul flyball, then limped off the field. He was replaced by Barnes.

Right-hander Jordan Lyles (broken left hand) is eligible to come off the disabled list Monday, and Weiss says he could be slotted in to pitch at some point next week.

Tigers: Detroit activated left-handed reliever Patrick McCoy from the DL, but he did not pitch. He was sidelined since July 6 because of a pulled right hamstring.

Rockies: Left-hander Tyler Matzek (2-5) will start Saturday night against Detroit. He pitched seven scoreless innings in his most recent start, July 26 against Pittsburgh. He also made a relief appearance Tuesday.