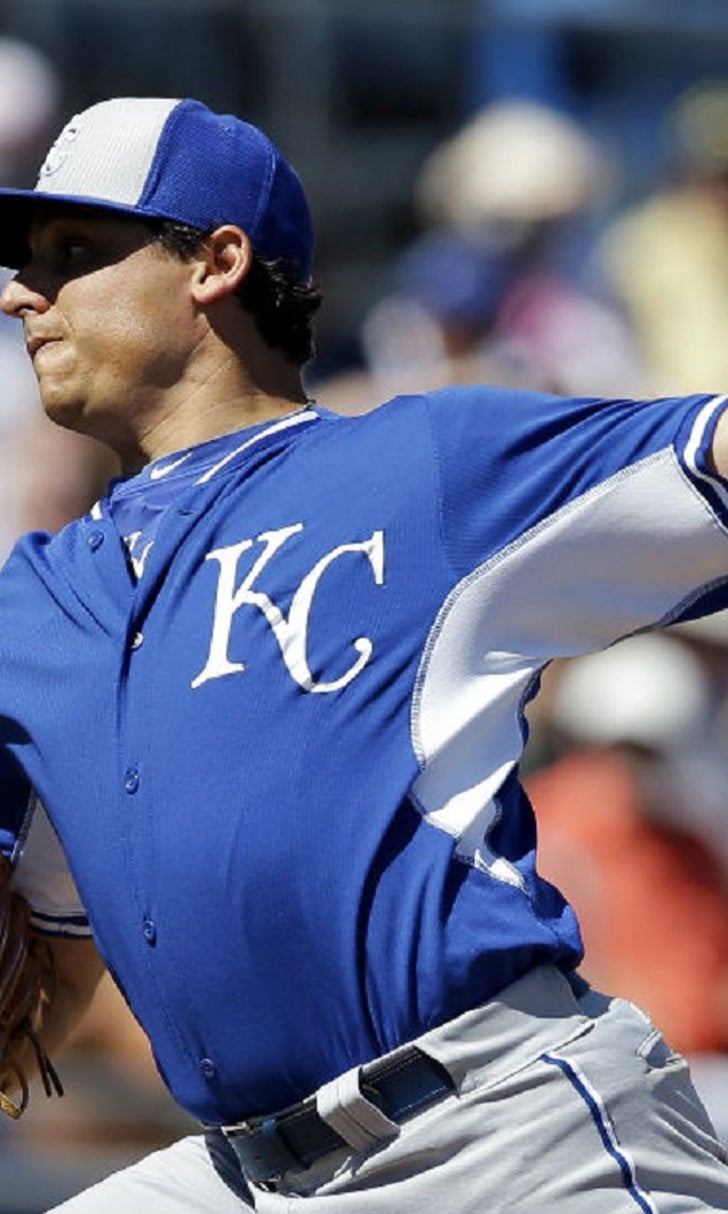 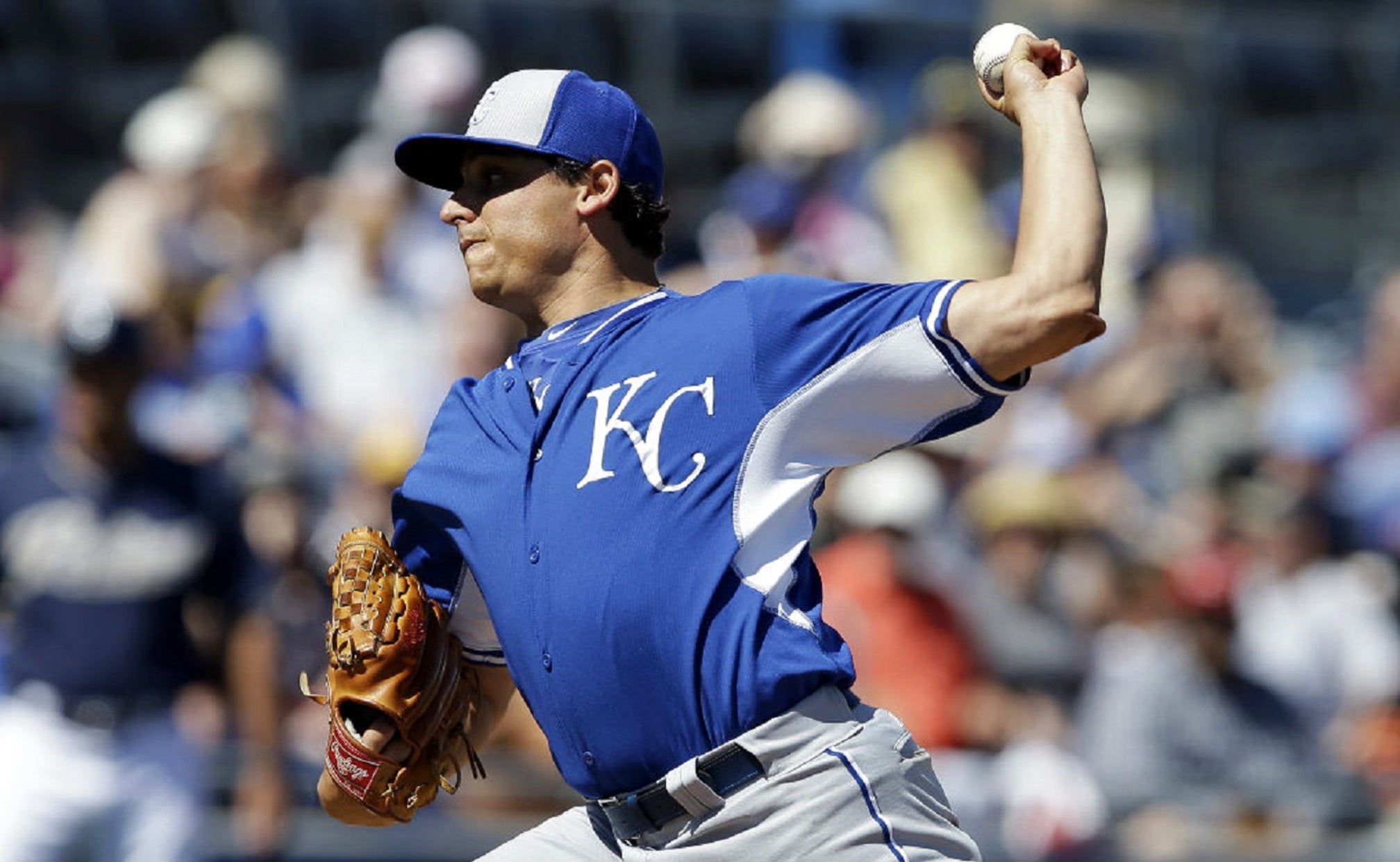 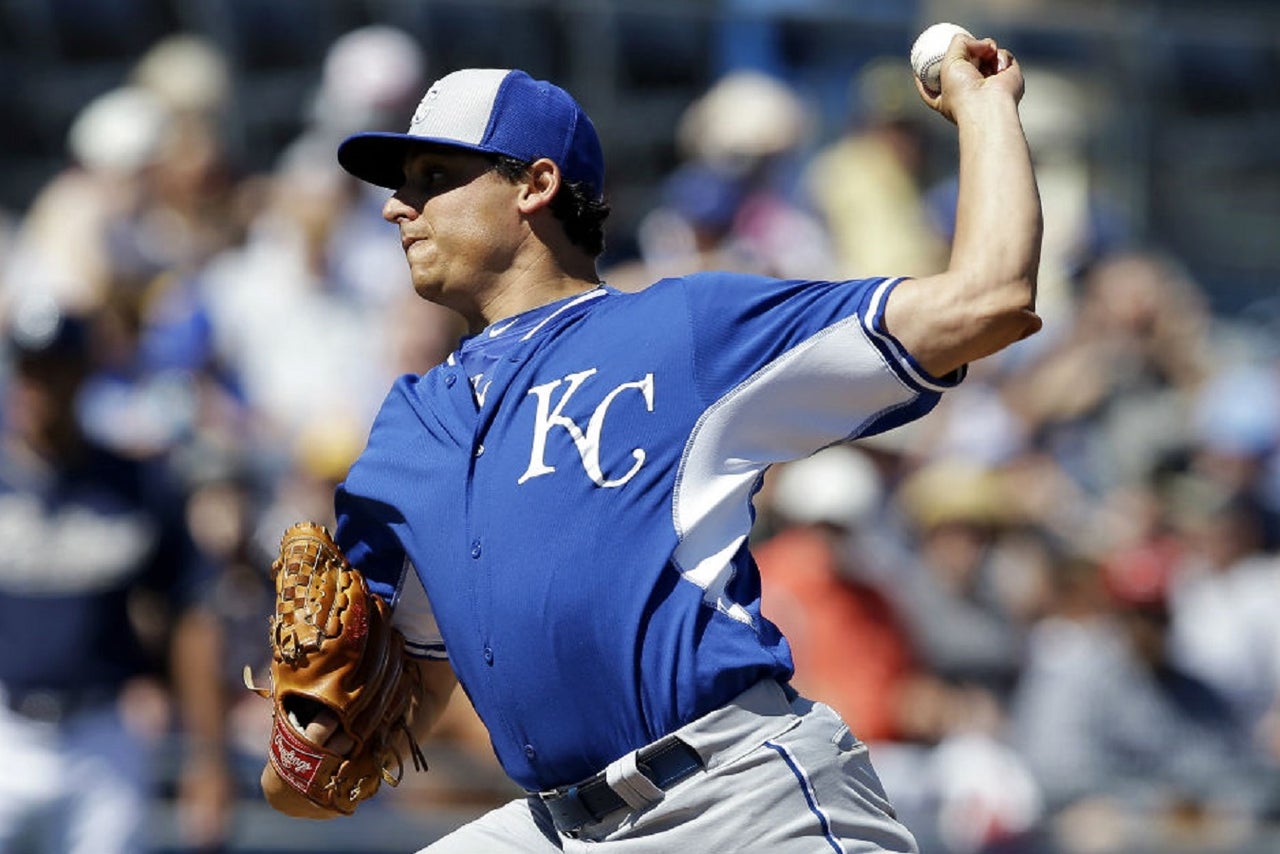 PEORIA, Ariz. -- Jason Vargas cruised through four innings before allowing two home runs in the fifth during the Kansas City Royals' 9-6 victory over the San Diego Padres in 10 innings Sunday.

Jedd Gyorko's first-inning single was the only hit off Vargas until Yonder Alonso's leadoff homer in the fifth. It was the second earned run given up by Vargas in 14 innings this spring. Three batters later, Kyle Blanks hit a two-run shot.

"He got a couple pitches up in the fifth," Royals manager Ned Yost said, "but I thought he threw great."

Carlos Peguero hit a solo homer in the third off Padres starter Ian Kennedy, who reached his 80-pitch limit with two outs in the fifth.

Tune in at 7:30 p.m. Monday for 'Royals Live' followed by the Royals-Rangers spring training game.

New setup man Joaquin Benoit pitched a scoreless seventh for the Padres with one strikeout. He has 11 strikeouts in six shutout innings this spring.

Kansas City tied it on Jason Donald's two-run homer off Donn Roach in the ninth. Matt Fields and Whit Merrifield had RBI singles off Blaine Boyer in the 10th.

Padres third baseman Chase Headley thinks it's possible he'll be ready for the March 30 opener, but he won't rush his recovery from a strained calf.

"Worst-case scenario, if I miss a game or two in the regular season, that's better than missing 30," Headley said as he massaged his right calf with a roller.

Headley hopes he can play in an exhibition game within a week.

"The at-bats I'm not worried about because I'll go down to the minor leagues and I can get five, 10, 15 in a day if I want," Headley said. "It's more being on my feet, bouncing back, getting my legs conditioned to play every day. If I can get a week to 10 days of games, then I'll feel really good."

With the Padres opening the season against the Dodgers, Andrew Cashner pitched in a minor league game Saturday instead of facing Los Angeles.

The Royals entered the game hitting a major league-best .306 this spring, then added 18 more hits. Outfielder Justin Maxwell, acquired from Houston in July, went 3 for 5 and is batting .419.

"We've had some guys with some really, really good springs," Yost said, "but Maxwell is right up there at the top of the list. He's been phenomenal."

As Cory Spangenberg loaded gear onto a cart to take to San Diego's minor league camp Sunday morning, he had one request.

"Can I take my chair?" Spangenberg asked, smiling.

The answer was no. The swank leather chairs are for the big league clubhouse only.

"Back to the stools," said Spangenberg, demoted on his 23rd birthday.

"I'm sure he wanted to get a few more hits," Black said. "He's getting closer."