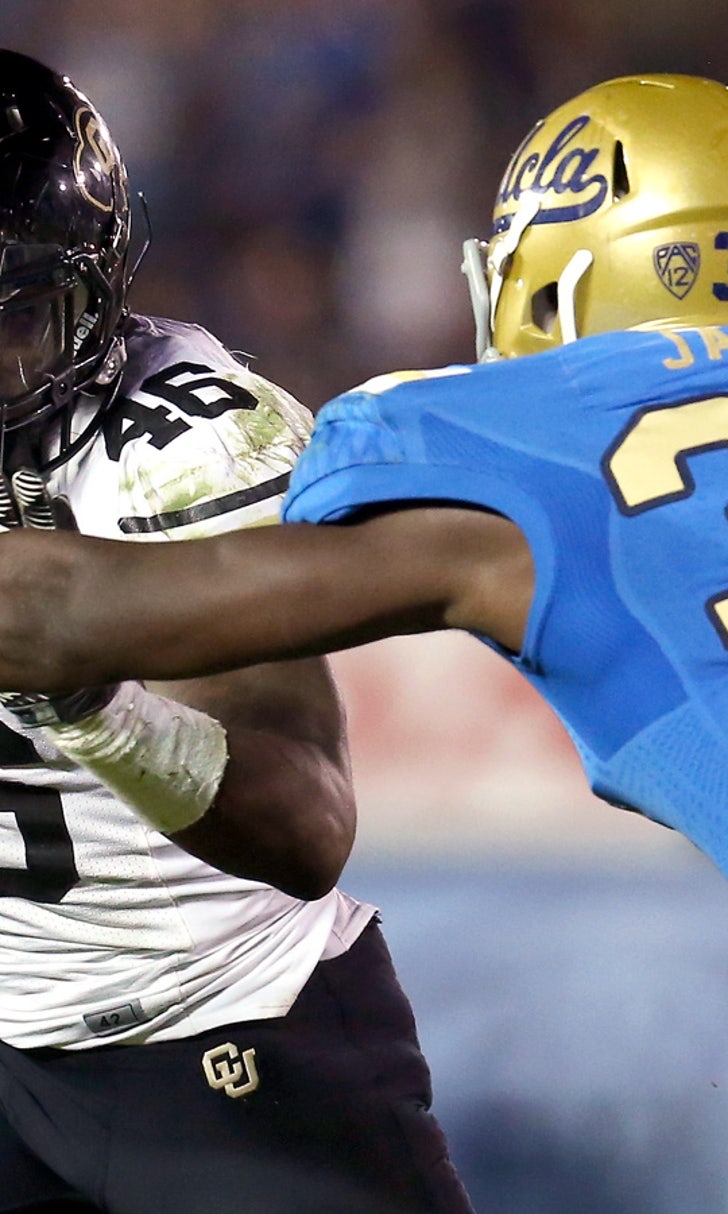 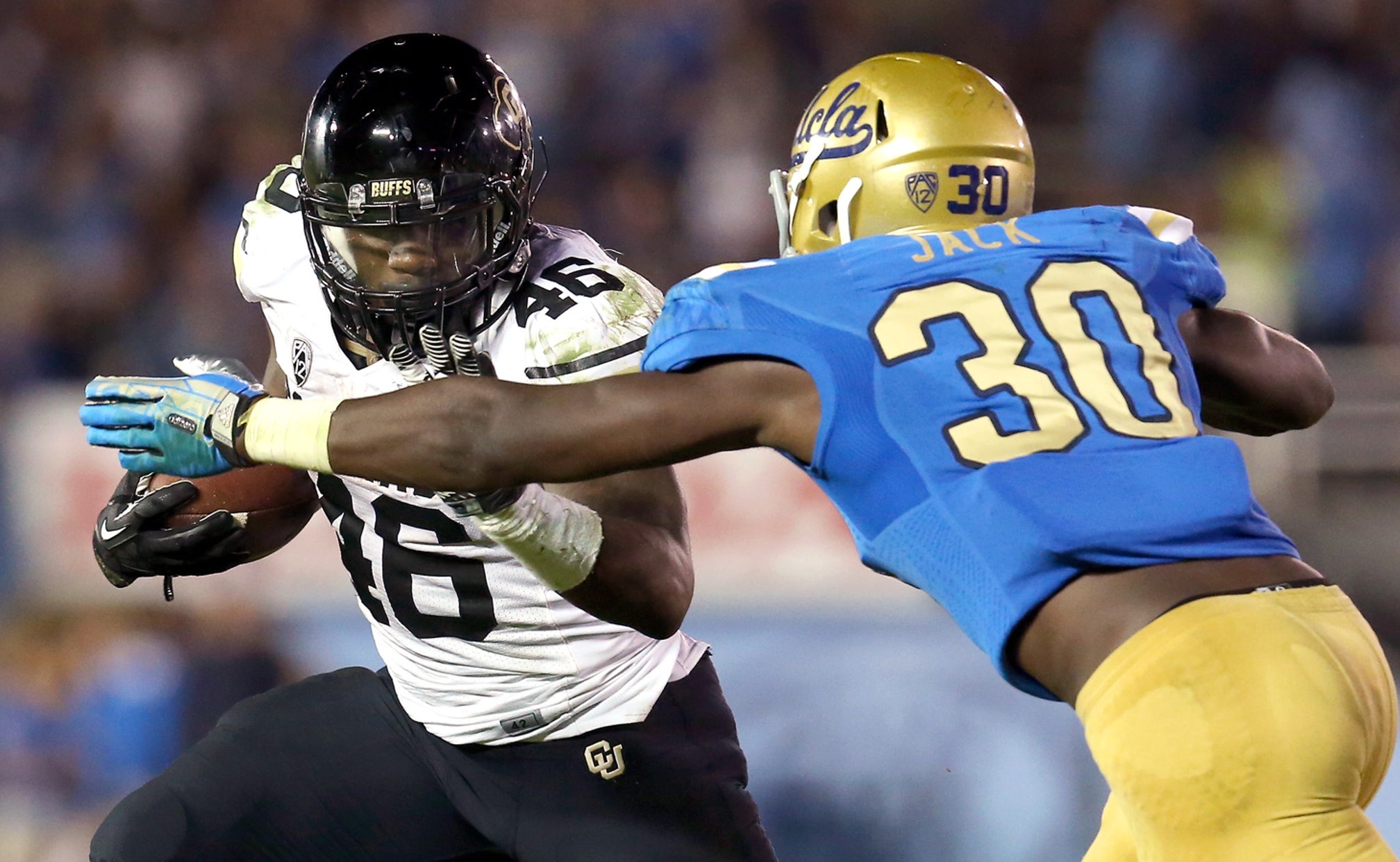 UCLA's Jack not a 'spotlight' guy, vows to not get booted from practice again 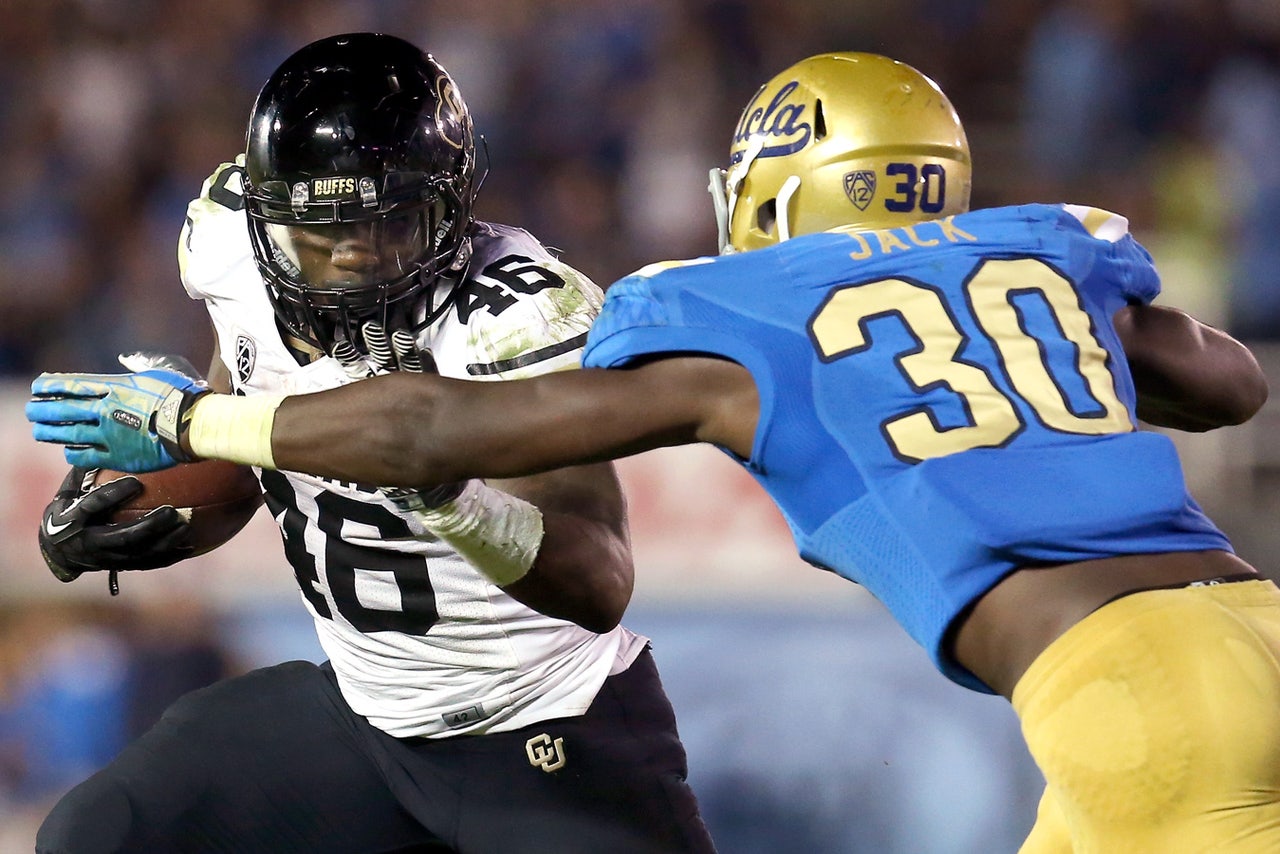 SAN BERNARDINO, Calif. -- Myles Jack is a celebrity? Well, that's news to him.

UCLA's sophomore linebacker and part-time running back still thinks it's funny that people now know his name. He wasn't expecting to become an overnight sensation after he rushed for 120 yards and made eight tackles last season against Arizona. One week later, he scored four touchdowns and recorded five tackles and the spotlight was thrust upon him whether or not he was ready.

He sometimes forgets that it's still there.

Monday morning, Jack was asked to leave early from UCLA's morning practice at Cal State San Bernardino after an altercation with offensive lineman Caleb Benenoch. He returned to his on-campus dorm and was shocked at what he saw on his phone: The entire world already knew that he had been booted from practice.

His mom, La Sonjia, knew as well. And she was fuming.

"My mom called me, she wasn't too happy about that," he said. "That was embarrassing, but I've just got to control my temper. It's hot out here and we're all going hard but I've got to be better with that."

Jack said La Sonjia was harder on him than head coach Jim Mora and defensive coordinator Jeff Ulbrich. If she was disappointed upon seeing the news in the morning, she couldn't have been thrilled when it made national headlines.

"I didn't expect it to be on 'SportsCenter,'" he said. "I didn't think it would be that big of a deal, so that was kind of new to me."

He's growing more aware of his stature, but that doesn't mean he's any more comfortable with it than before.

"I'm not really like a spotlight guy," he said. "Even my brother, people ask him stuff at school and he's just kind of weirded out by it. My mom is my mom, she handles it well. She's an adult and everything so she knows how to handle this stuff but me, I'm more shy than that."

Jack's younger brother Jahlen is downright uncomfortable with the attention the family has been receiving. He won't talk about it, big brother Myles says. But that's a big reason why Jack hasn't let his ego swell to Johnny Manziel levels. His family up in Washington won't allow it.

And Jack promises, he won't let it happen, either. Jahlen, La Sonjia and the rest of the college football world is now watching Jack, and he plans to set a good example.