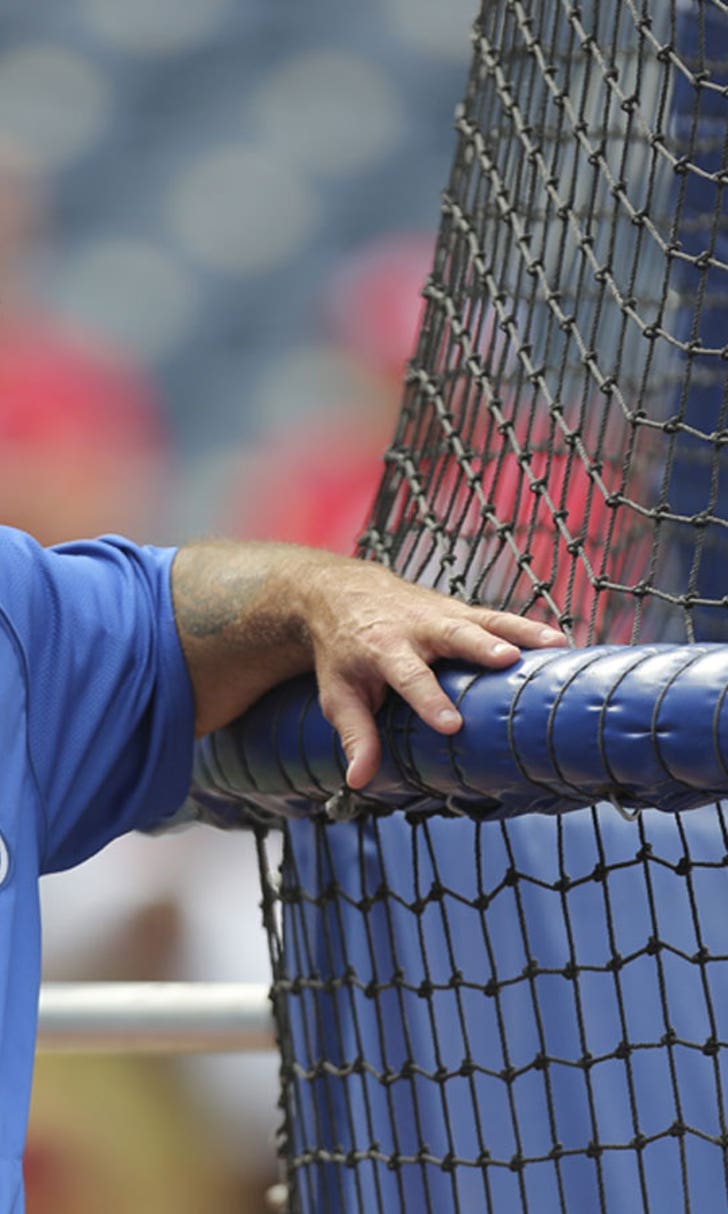 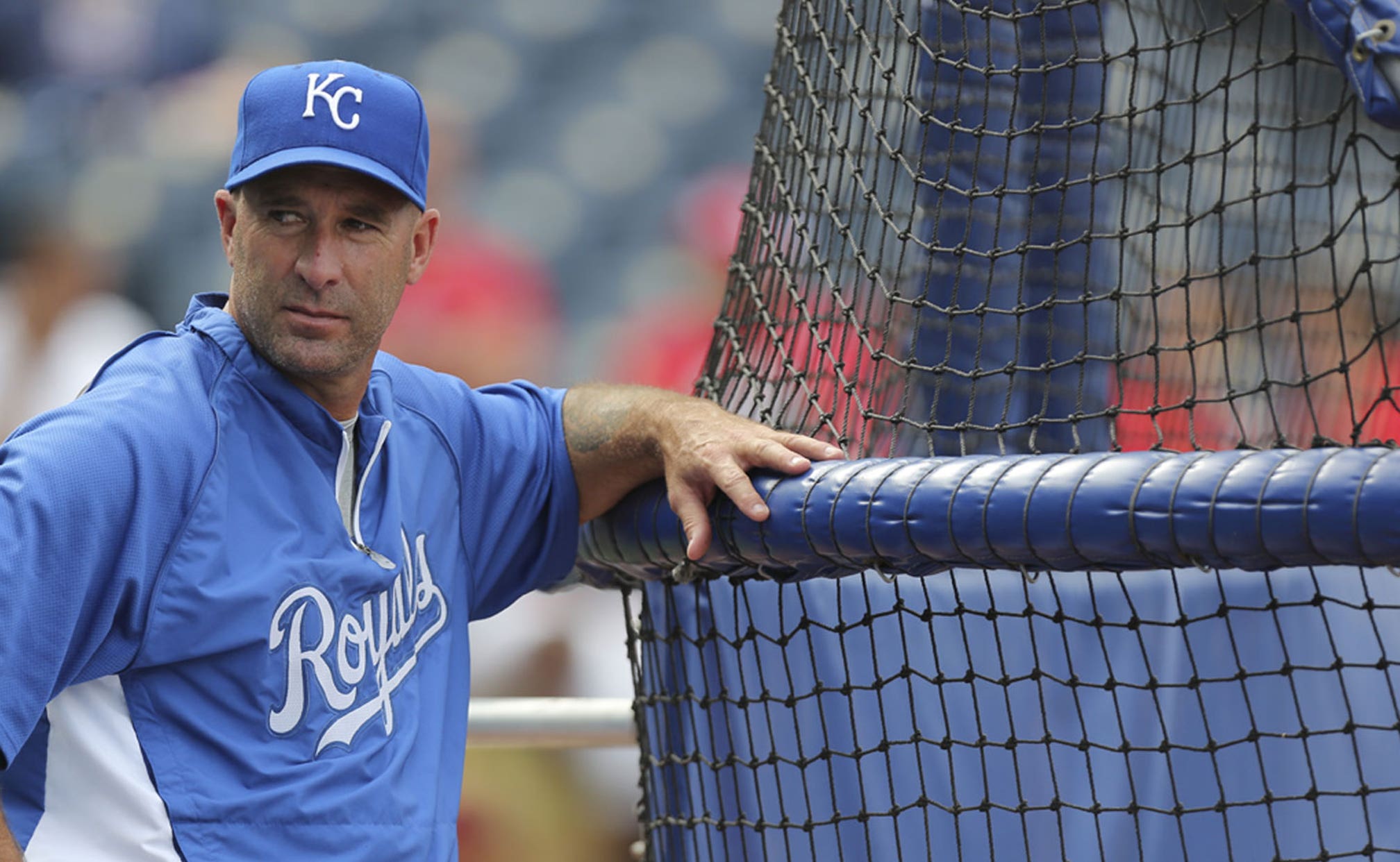 The resurgent Royals are rolling again. Back in the thick of the playoff chase, Kansas City even threatens the newly fortified Tigers. The Royals are almost exactly where most of the preseason projections had placed them, but they are accomplishing their success in a way few predicted.

Baseball Prospectus projected the Royals to amass about 70% of their wins above replacement from their position players, and a paltry 30% from their pitchers. Instead, they’ve pulled nearly 12 wins of value from their pitchers, and only about 8 from their disappointing position players. So even though the Royals are where we thought they’d be in the standings, they’ve arrived there via an unforeseen route, specifically some great young pitchers like Danny Duffy and Yordano Ventura. The position players have been typically excellent on defense, as was expected before the season. Yet the Royals’ bats have floundered to the tune of a .248 True Average, vastly below their predicted mark of .263.

The absence of production from the Royals’ lineup did not go unnoticed by manager Ned Yost, who fired the previous hitting coach, Pedro Grifol, at the end of May. The replacement was Dale Sveum, before that the manager of the Cubs. The position of hitting coach is widely believed to be largely ornamental (and sometimes sacrificial) in nature. They don’t do much to change the hitters in their tutelage, but they are the first to be fired when the offense underperforms. Accordingly, the Royals were on their fifth hitting coach in two years.

Dale Sveum seemed different from the moment of his hiring, however. At introductory press conferences, hitting coaches are asked what steps they’ll take to improve the offense. The answer is - almost invariably - a nondescript and banal quote about increasing or decreasing the selectiveness or aggressiveness of the hitters. Sveum said something altogether different:

'The bottom line is we've struggled with elevation and we've swung at pitches down in the zone probably way too much,' he said. 'From thigh high to the top of the strike zone, we're not doing enough damage.'

Sveum is noting a very specific problem that the Royals’ hitters have: they are swinging at too many pitches too low in the zone. Why might that be a problem? Generally, there’s a connection between where in the zone a pitch is hit and what kind of angle the ball takes off the bat. Pitches higher in the zone are more likely to be flyballs, down the middle most likely to be line drives, and down in the zone, most likely to be groundballs. Groundballs are not ideal for the type of offense the Royals possess. While some hitters (Billy Hamilton, or Ichiro Suzuki) are able to leg out groundball hits with relative ease, big sluggers like Royals’ DH Billy Butler need to put the ball in the outfield to be productive (even then, a knock is no sure thing thanks to the snail-like pace of Butler’s legs).

Sveum’s quote gives us a window into how coaches think about hitters, but it also gives us a specific hypothesis to test. Dale Sveum posits that the Royals hitters were attacking pitches too low in the zone before he got there. Using Pitchf/x data, we can look at the average height of all the pitches at which Royals hitters took swings. We can compare that height - which I’ll call “swing height” - between 2013, when the Royals bats were relatively loud, and the first two months of 2014, before Sveum was hired.

In this graph, darker colors represent the average height of pitches at which each player took a swing in 2013, and lighter colors represent the same measure, but for the first two months of 2014. When the right bar in each pair is lower, that indicates that a player started swinging at lower pitches between years.

It appears that Sveum was on to something.  Nine out of the ten regulars in the Royals 2014 lineup lost swing height between 2013 and the beginning of 2014. Some of the hitters show particularly serious deficits, like Billy Butler and Mike Moustakas. Incidentally, Butler and Moustakas are two of the hitters with the most serious performance drop-offs in the first months of 2014.

The loss in swing height isn’t necessarily a bad thing. But when it coincides with drops in performance across the lineup, it’s certainly a cause for concern. When there is also a noticeable increase in groundball percentage, you have all the ingredients for a serious problem with the Royals’ offense. Enter Dale Sveum, whose job it was to fix that problem.

I first wrote about this story three weeks after Sveum had been hired, and found some intriguing early evidence that the new hitting coach had not only discovered a real problem with the Royals’ hitters (as shown above), but was making some inroads on repairing that problem. I had to temper my conclusions with the knowledge that the sample size at that time was small.

Similar to the graph before, darker colors represent the swing height of each player before Sveum’s hiring, and lighter colors represent the swing height afterwards. All of the players have changed somewhat, but only four out of the ten have increased their swing heights. Among the players with the most severe offensive declines, Billy Butler saw his swing height fall yet further, but Mike Moustakas heeded Sveum’s wisdom and started swinging higher in the zone, as did Jarrod Dyson and Eric Hosmer.  Let’s take a look at how their performances changed as a table.

Examining the swing heights of all the hitters at once, we see that Sveum did nothing to increase their swing height. Overall, under Sveum, the average swing height actually fell by a tenth of an inch. As noted above, it’s not like the hitters with the most severe swing height problems saw the most pronounced increases after Sveum’s arrival. So it appears that even though Sveum correctly identified an issue with the Royals’ bats, he was unable to do much, if anything, to rectify it.  That doesn’t mean Sveum didn’t help out in other ways, but the one defect he mentioned hasn’t, as far as we can tell, been fixed.

In a recent AP article, Mike Schmidt (the Hall of Fame 3rd basemen) wrote about George Brett’s tenure as Royals hitting coach. Brett’s hiring was remarkably similar to Dale Sveum’s: He was drafted to fix the hitting midseason (almost a year, to the day, before Sveum’s arrival), after a disappointing few months of performance. Whether because of Brett or because of luck, Royals’ hitters did hit marginally better after the coaching switch last year. Schmidt’s article describes Brett’s coaching as largely ignored, however.

[Brett] said when he was hitting instructor last year, there were two indoor cages, and he would be in one flipping balls and the assistant coach in the other. The young Royals hitters were lined up to hit in the cage with the assistant, and none to hit in George's cage…

The other coach was there to coach as well, but not with a sense of urgency - rather, more by telling the hitters what they wanted to hear. George eventually quit because he felt he was wasting everyone's time in a failing effort to connect with them.

Whatever the veracity of Schmidt’s second-hand account, it is obvious that one cannot teach a student with no interest. Perhaps Sveum endeavored to imbue the Royals sluggers with the knowledge of their groundball deficiencies, but was ignored like Brett. If George Brett, one of the greatest hitters of all time, legendary Royal (and Lorde’s muse), couldn’t inspire Butler and friends to pay attention to what he had to say, then what chance did Sveum stand?

Here’s the kicker, though: Despite Sveum’s complete failure to fix the problem he’d identified, the OPS of Royals’ hitters went up rather drastically after his arrival. In the months before Sveum, the Royals regulars hacked away at low pitches to the tune of a .675 OPS; in the months post-Sveum, they’ve increased that 40 points to .715 (still no sterling mark, and good for only the league average in the AL). Like George Brett before him, despite the apparent absence of any impact on the hitters, their performance changed for the better.

Let’s get things straight then: Royals hitters were doing terribly. Dale Sveum figured out why (or at least part of the reason why). Dale Sveum presumably attempted to repair the Royals problem, and failed. The Royals started hitting much better anyways. You can’t predict baseball.

In retrospect, the Royals hitters appeared primed for regression to the mean. Even in Butler’s groundball-happy state, he wasn’t truly a .619 OPS batter. Similarly, Mike Moustakas was no .537 OPS slap hitter. They’d both experienced runs of bad luck, which caused them to fail, which in turn caused Ned Yost to fire the previous hitting coach and replace him with Dale Sveum. Despite Sveum’s accurate and specific dissection of one of the Royals’ problems, all he had to do for the offense to improve was to sit back and watch. Eventually, their luck would turn, and it did.

With that said, the Royals really do seem to have a problem with swinging at low pitches. Just because they have had an offensive resurgence under Dale Sveum’s watch doesn’t mean that they aren’t still drastically underperforming their projected talent levels. No matter how good their young pitching is, come playoff time, they’ll need to score some runs, and grounders probably won’t be able to do it.

That leaves Sveum in a tragic position. Whereas his arrival coincided with the Royals’ offensive resurgence, he might not have had much to do with it; and the critique the players didn’t listen to is the one that might help the most. In the long tradition of hitting coaches as designated patsies, he will get all the glory of fixing the Royals offense, even when he probably didn’t, and then when the bats fall silent again, he will likely be blamed.

Thanks to Rob McQuown, Harry Pavlidis, and Dan Brooks for technical help.