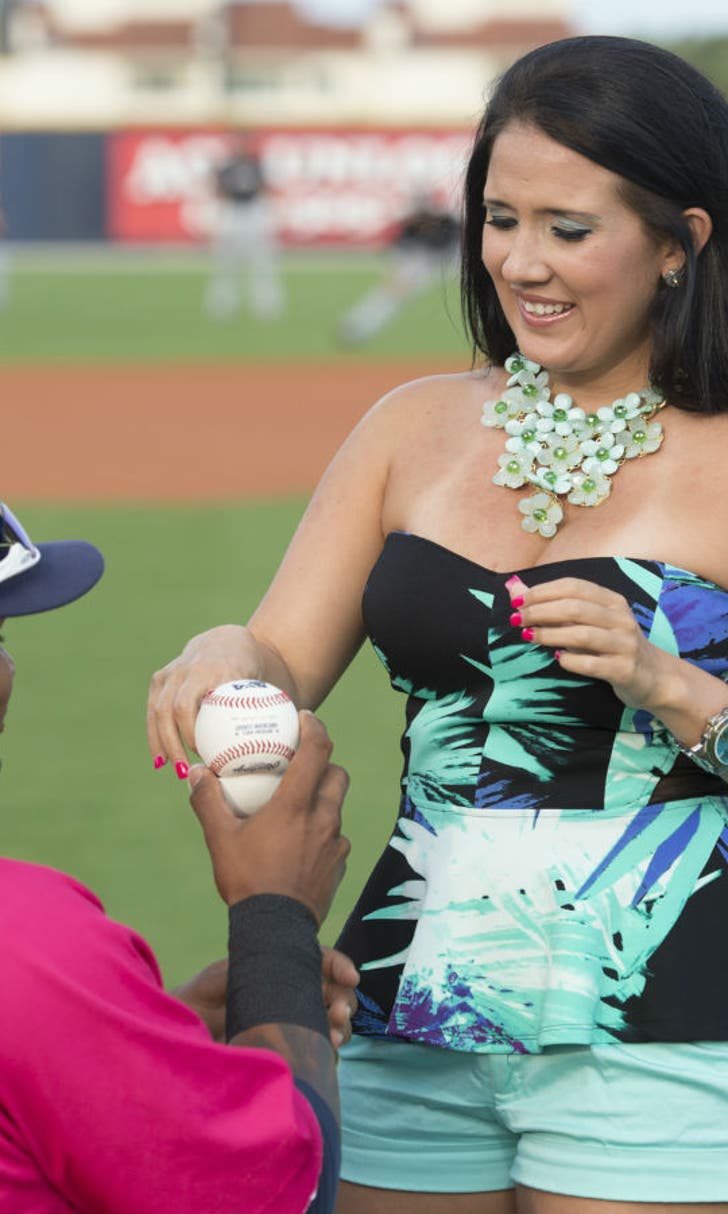 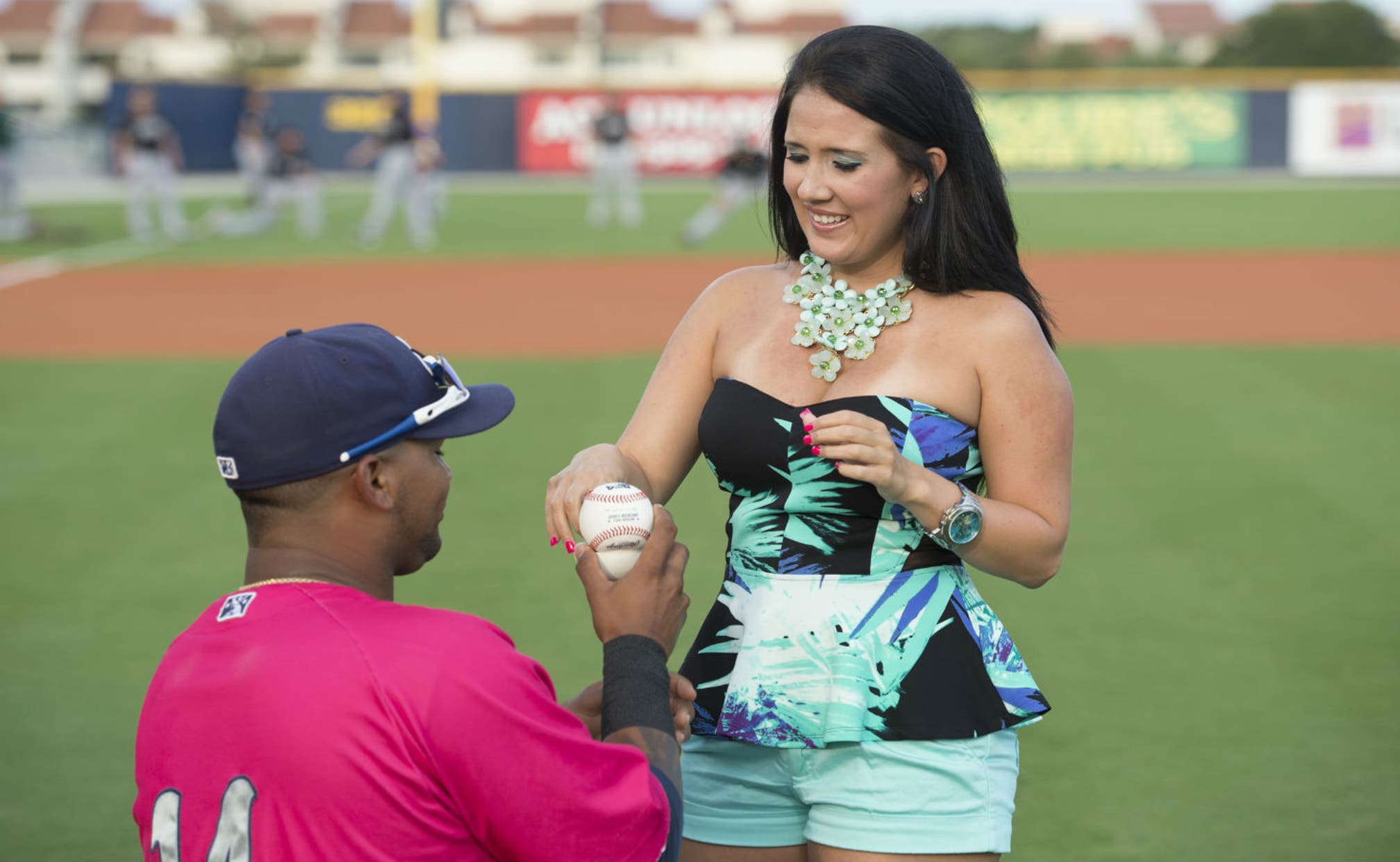 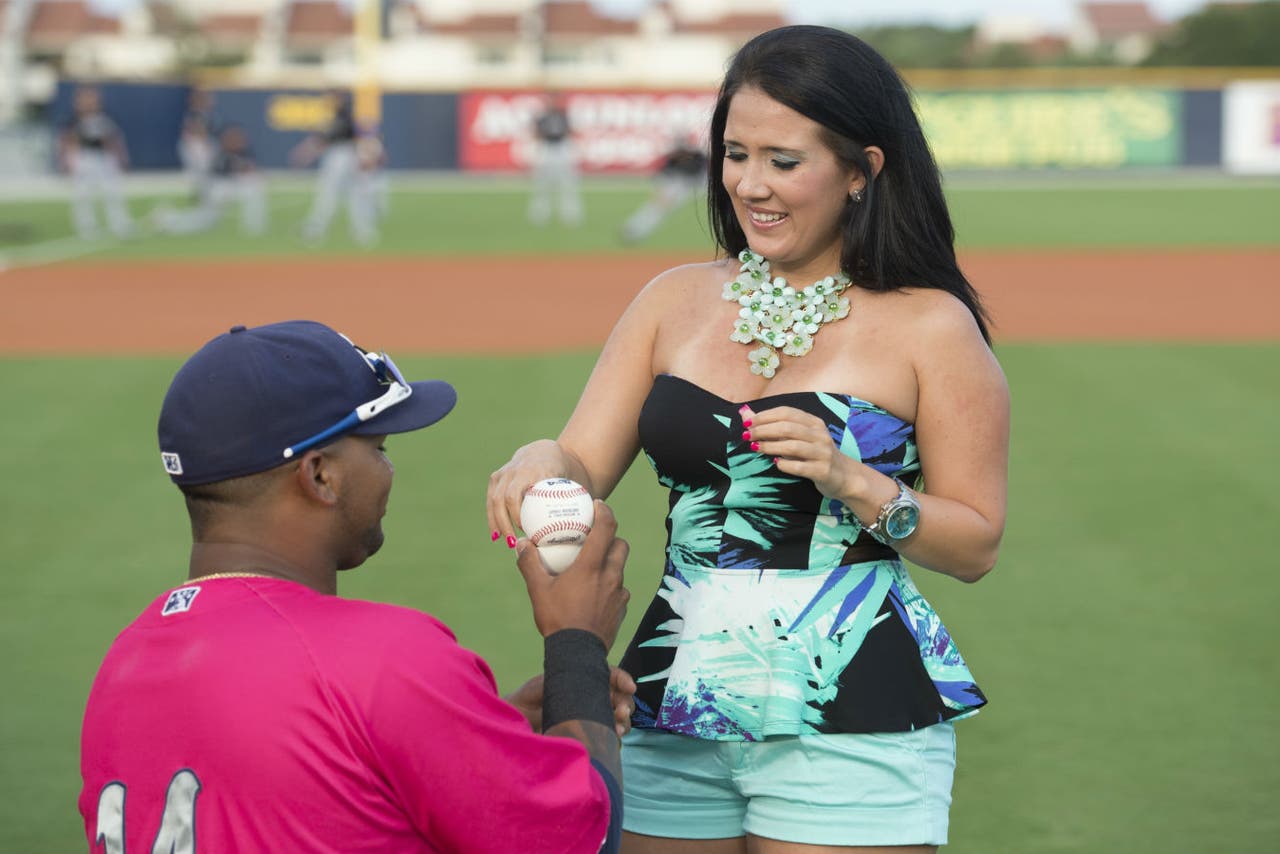 Now when Smirna Flores talks engagement stories with her friends, there's a good chance she wins.

Flores said yes to Reds minor league catcher Rossmel Perez last Friday night, after the 24-year old AA propsect got down on a knee and proposed.

Perez, a native of Venezuela, caught a ceremonial first pitch from his girlfriend Flores before the Pensacola Blue Wahoos game. He then pulled the old switch-a-roo. He had hollowed out a baseball and put the engagement ring inside. Smirna had no idea what was happening.

After Ross went down on one knee and Smirna said yes, the crowd roared its approval.

It wasn't the first time that his now fiance played a key role in a cermonial first pitch though. At the begining of the season, Smirna helped set up a first pitch for Perez' father Santiago. It was the first time that the elder Perez saw his son play in a pro baseball game. He made the journey from Venezuela for the occassion and stayed hidden until the time to throw out the pitch. 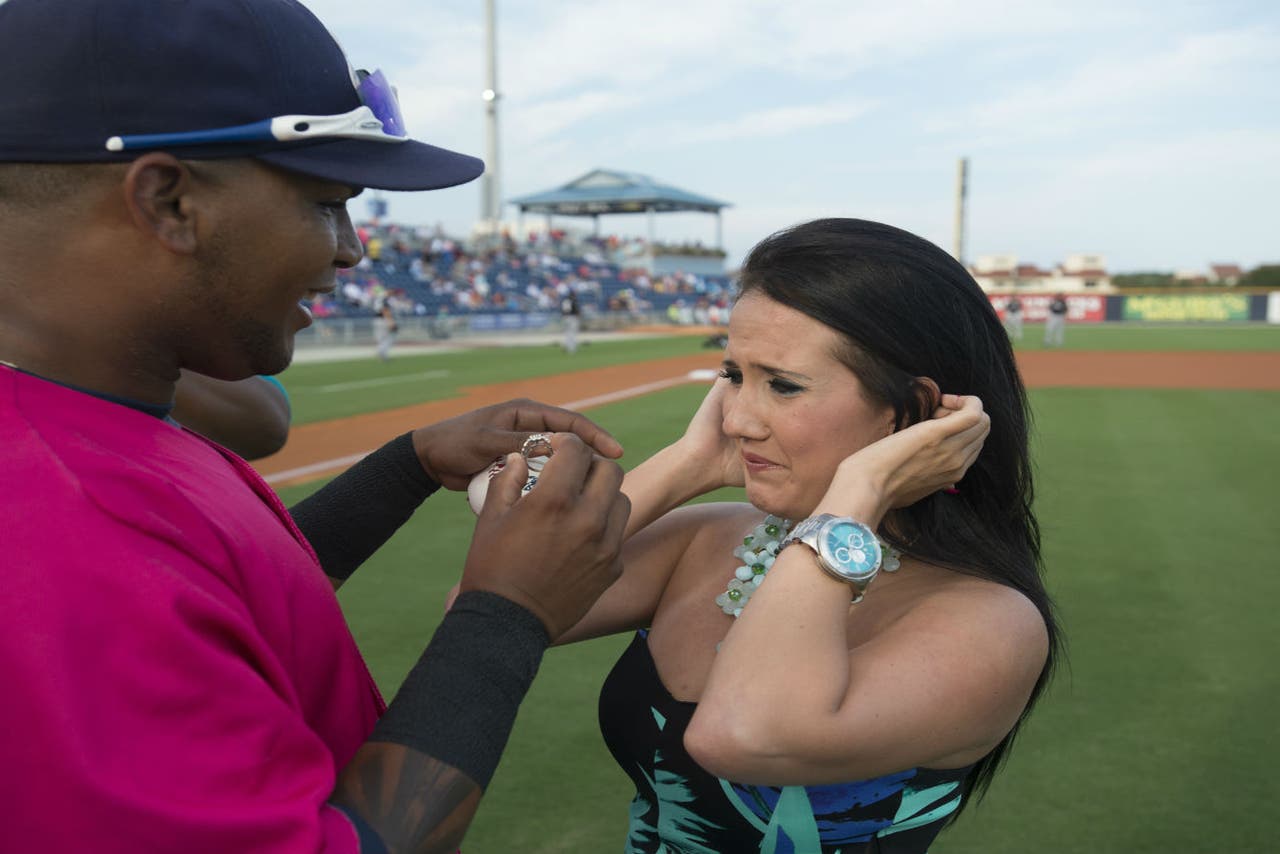