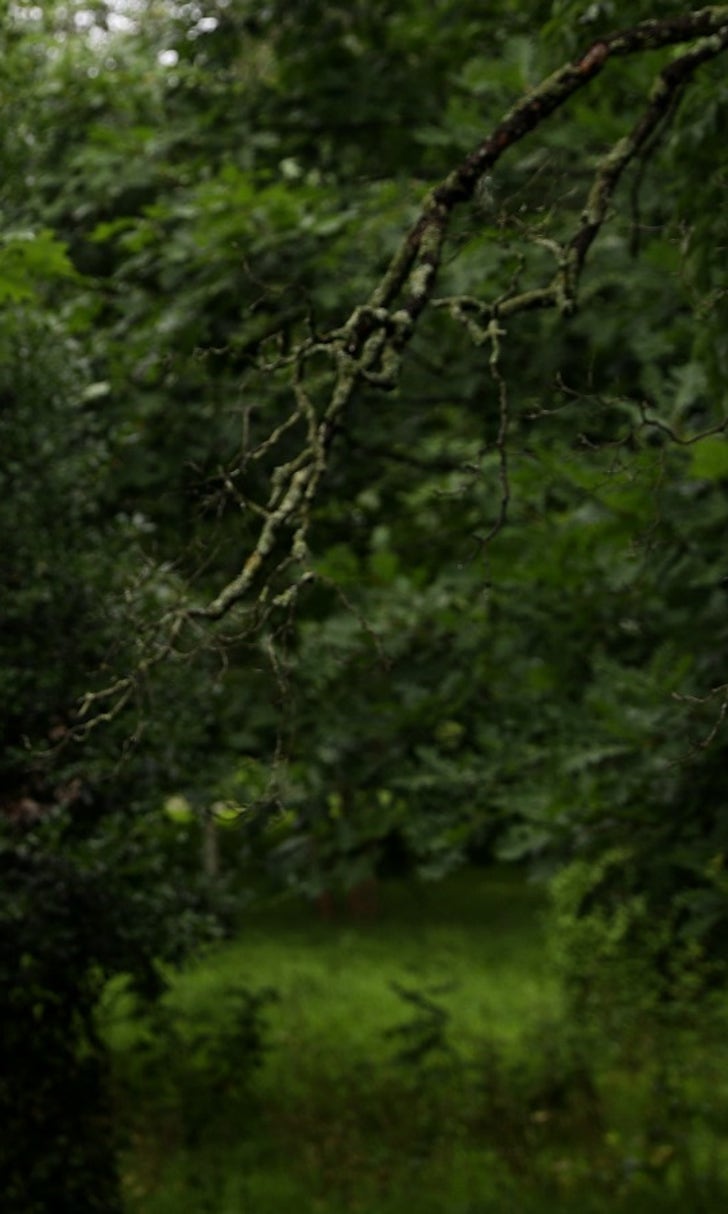 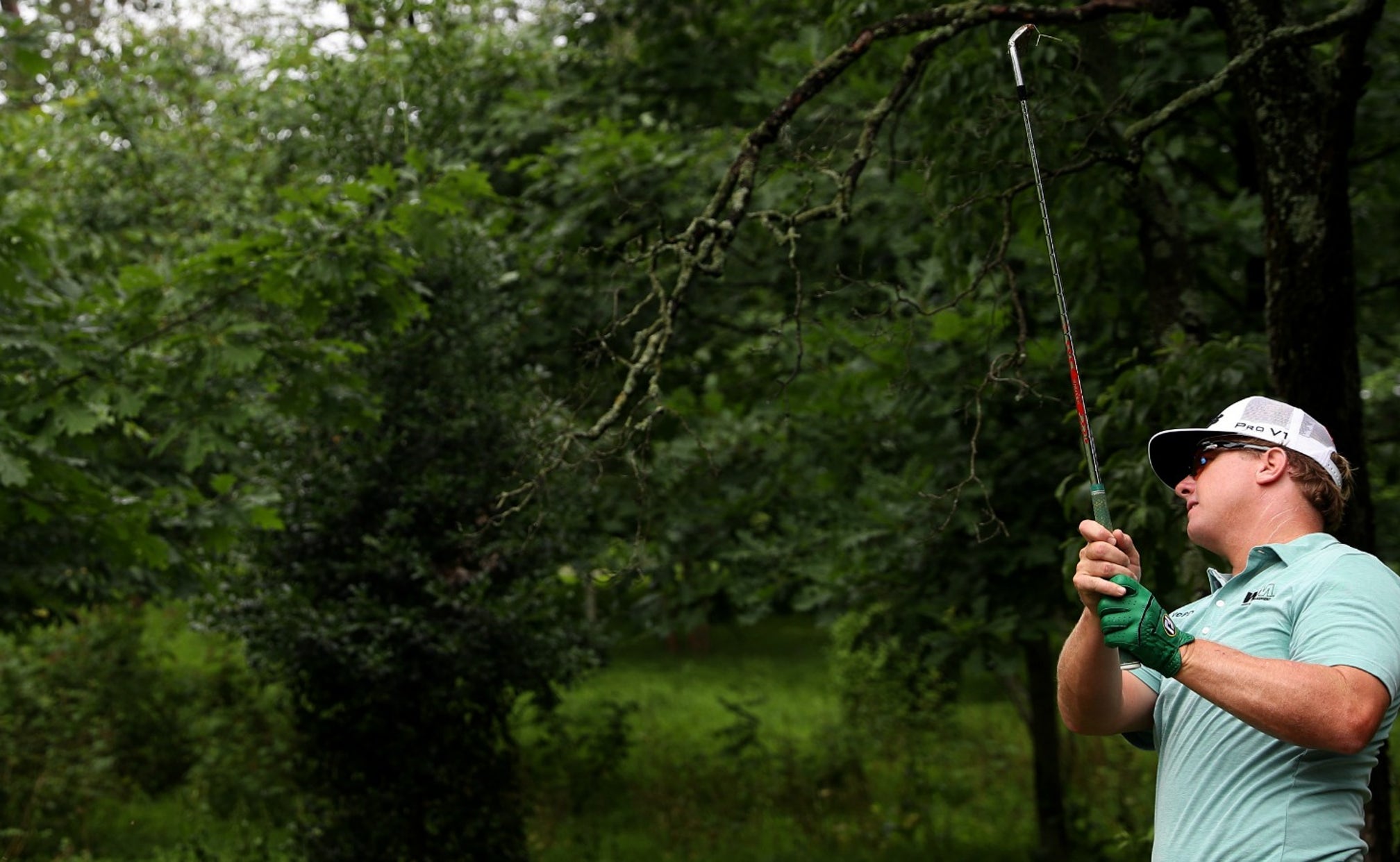 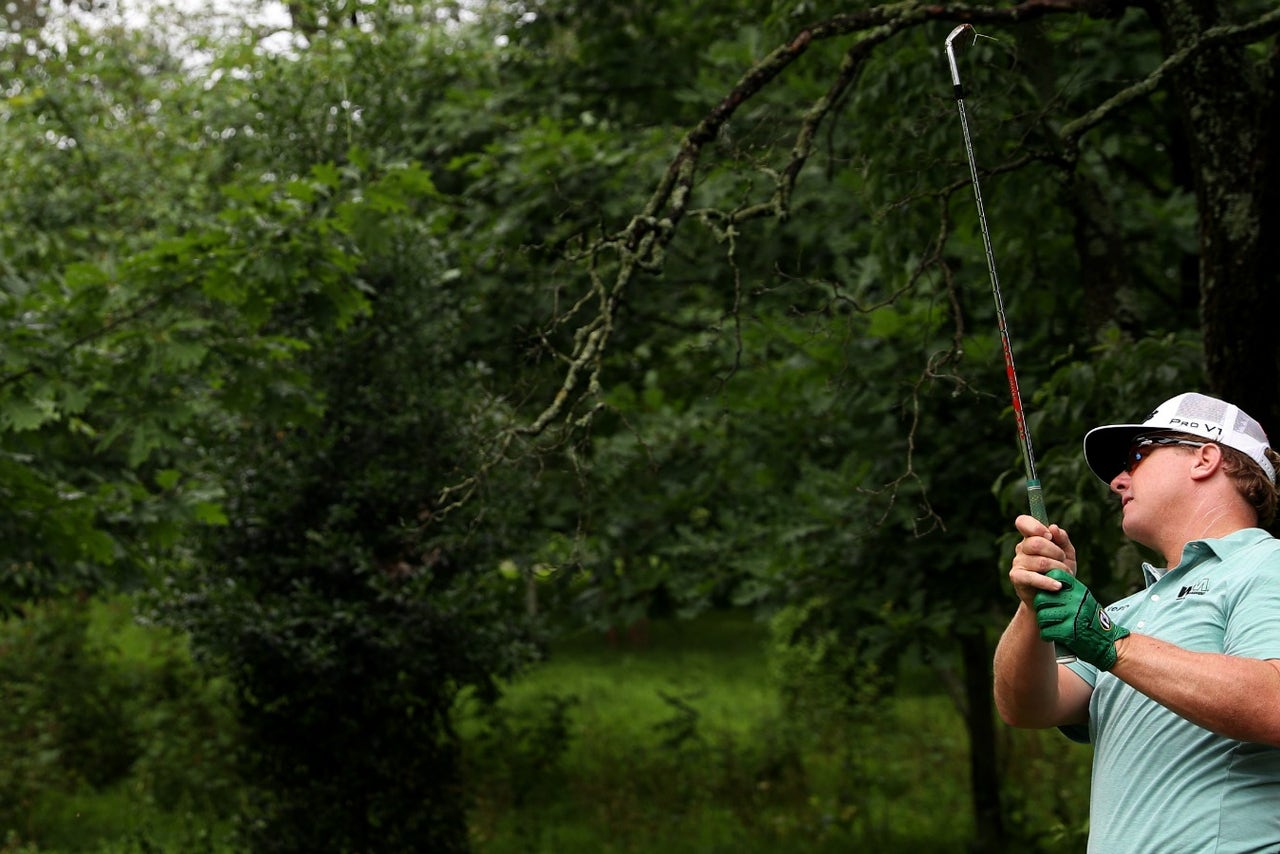 Charley Hoffman got a bit of help from Ernie Els' caddie to keep a wild recovery shot at Congressional Country Club in the first cut. Hoffman's drive at the par-4 fourth hole landed behind a tree, and he simply punched the ball up the fairway - but it ran through to the left side and would have traveled into the rough if not for an assist from Els' caddie.

Had Hoffman struck his own caddie he would have been hit with a two-stroke penalty, but he's allowed to play the ball as it lies after banking it off a competitor or their caddie.

Later in the round, Hoffman got a miraculous series of bounces to avoid the water hazard on the par-5 sixth hole. Trying to reach the green in two, Hoffman hit his approach short of the green - but the ball bounced off some rocks and, instead of flying backward, flew clear to the other side of the green, hitting another rock and eventually finding safety.