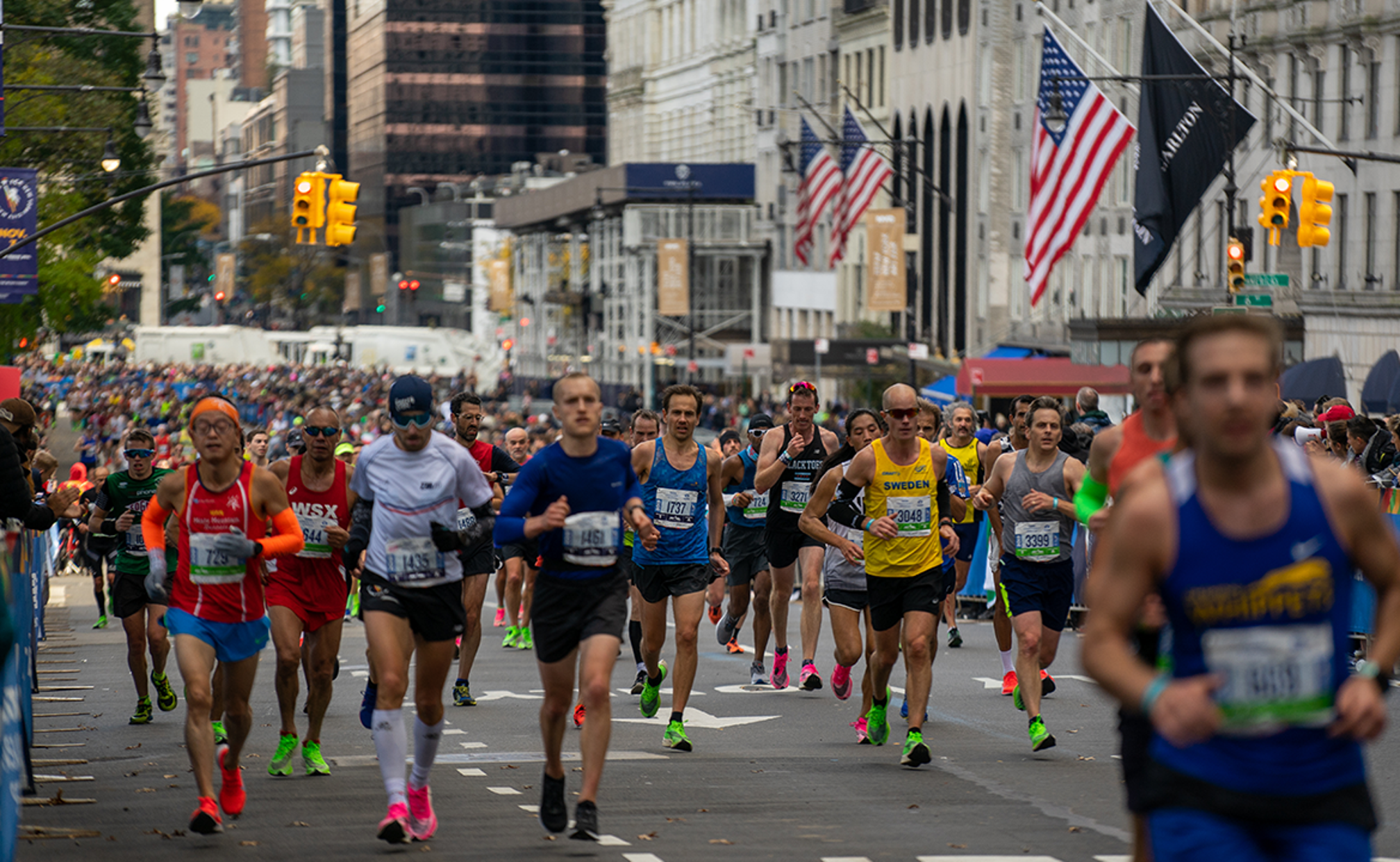 The 50th anniversary of the New York City Marathon will not go on.

The New York City Marathon, set to take place on the first Sunday in November, has been canceled due to health and safety concerns, according to New York City officials and New York Road Runners, the organization that puts the event.

"Canceling this year's TCS New York City Marathon is incredibly disappointing for everyone involved, but it was clearly the course we needed to follow from a health and safety perspective," Michael Capiraso, president and CEO of New York Road Runners, said in a statement. "Marathon Day and the many related events and activities during race week are part of the heart and soul of New York City and the global running community, and we look forward to coming together next year."


The 26.2-mile race featured a record 53,640 finishers in 2019, making it the world's largest marathon. Last year, it attracted over 10,000 volunteers and roughly a million fans arrived to enjoy the spectacle.

It has been run every year since its inception in 1970, with the exception of 2012, when it was canceled because of heavy damage to the city following Hurricane Sandy.

"While the marathon is an iconic and beloved event in our city, I applaud New York Road Runners for putting the health and safety of both spectators and runners first," said Mayor Bill de Blasio.


The famous race takes runners on a tour through the five boroughs of New York City, and is one of the World Marathon Majors. It draws amateurs runners and professional competitors from all over the globe, and because of the high demand, participation is chosen largely by a lottery system.

Guaranteed entry can also be gained by meeting qualification finish times, having completed 15 or more NYC Marathons, or supporting the 9+1 program or the 9+$1K program (NYRR members participate in nine sponsored races, or volunteer or donate $1,000 to support NYRR programs to support young athletes).

The marathon is now scheduled for Nov. 7, 2021, and registered runners will be able to request a refund or defer their entry within the next three years. There will also be the option to participate in the race virtually, with organizers releasing more details in July.

New York became the third of the six major international marathons to be canceled in 2020, and is just one of many running events that have been impacted by the pandemic this year.

Also today, the Berlin Marathon, set for Sept. 27, was canceled. The 2020 Boston Marathon was postponed but later called off altogether, and will instead be a virtual race for the first time in the event's history. London and Chicago races remain scheduled for the fall, but no dates have been finalized yet.

Get more from FDNY Racing Add to your favorites to get information about games, news and more.
share story
those were the latest stories
Want to see more?
View All Stories
Fox Sports™ and © 2020 Fox Media LLC and Fox Sports Interactive Media, LLC. All rights reserved. Use of this website (including any and all parts and components) constitutes your acceptance of these Terms of Use and Updated Privacy Policy. Advertising Choices. Do Not Sell my Personal Info